Yesterday, we were invited to an exclusive post-Gamescom preview of all of Namco Bandai’s upcoming lineup. Without the pressure of timed demos in the convention centre, we sat down for a more relaxed playthrough of some of this year’s most anticipated titles.

Read on for our thoughts!

Ace Combat is a classic jet combat franchise, but flight sims, whether arcade or more realistic, have suffered from massively declining popularity over the years. So it came as somewhat as a surprise that this was a game even in the works.

It’s also a series that has always felt very much on the arcade end of the spectrum, and very Japanese at the same time. 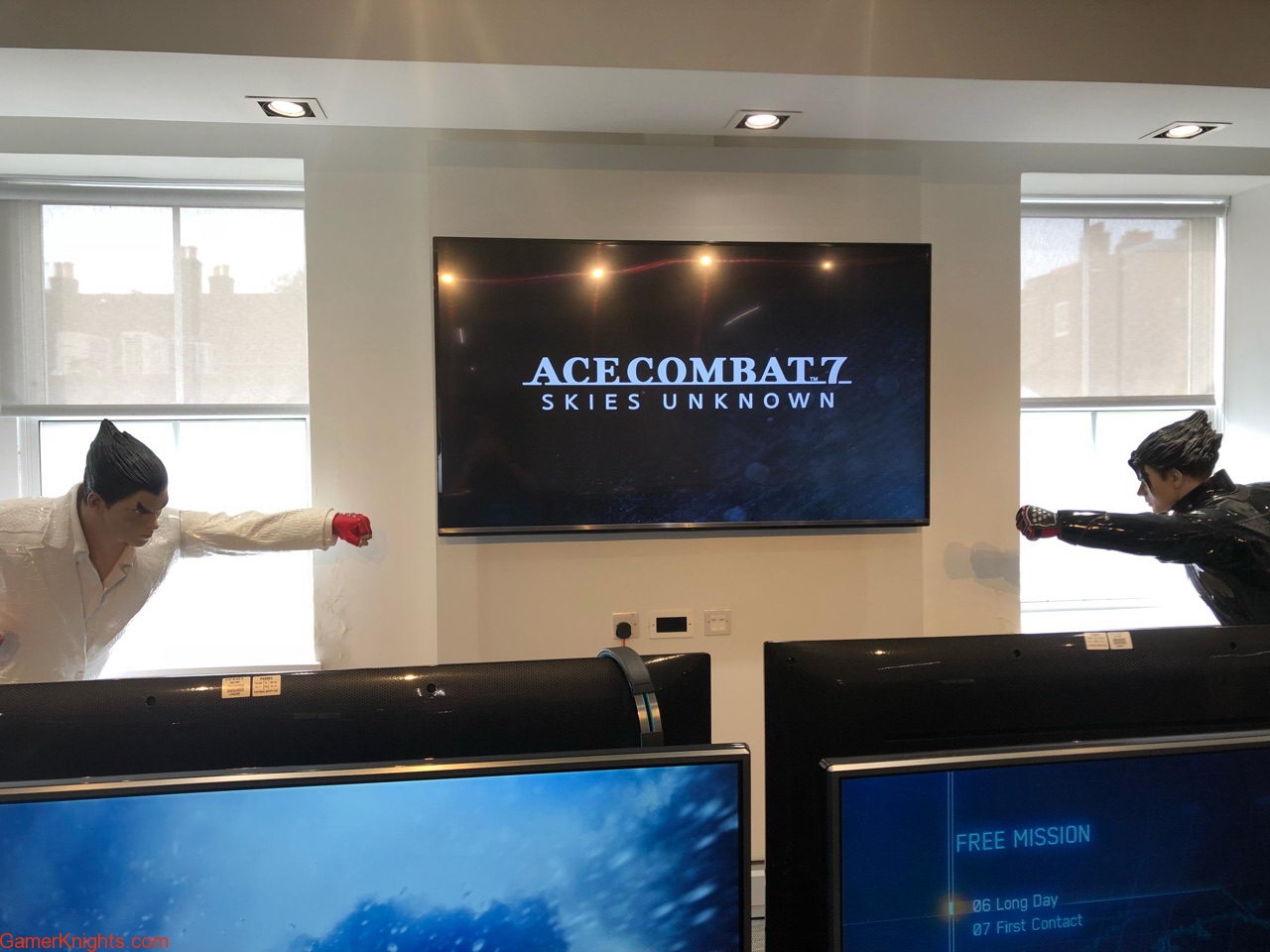 Will this be a game that caters to a different audience?

Almost straight away, you can tell that this is a classic take on Ace Combat. Each mission is introduced with a bombastically voiced over briefing, which helps explain what looks like a brilliantly silly (but hopefully good) story, before you go into your plane and weapon selection screens. It looks like from this screen that you’ll be able to apply some upgrades to your aircraft, but this wasn’t an option in the timed demo. 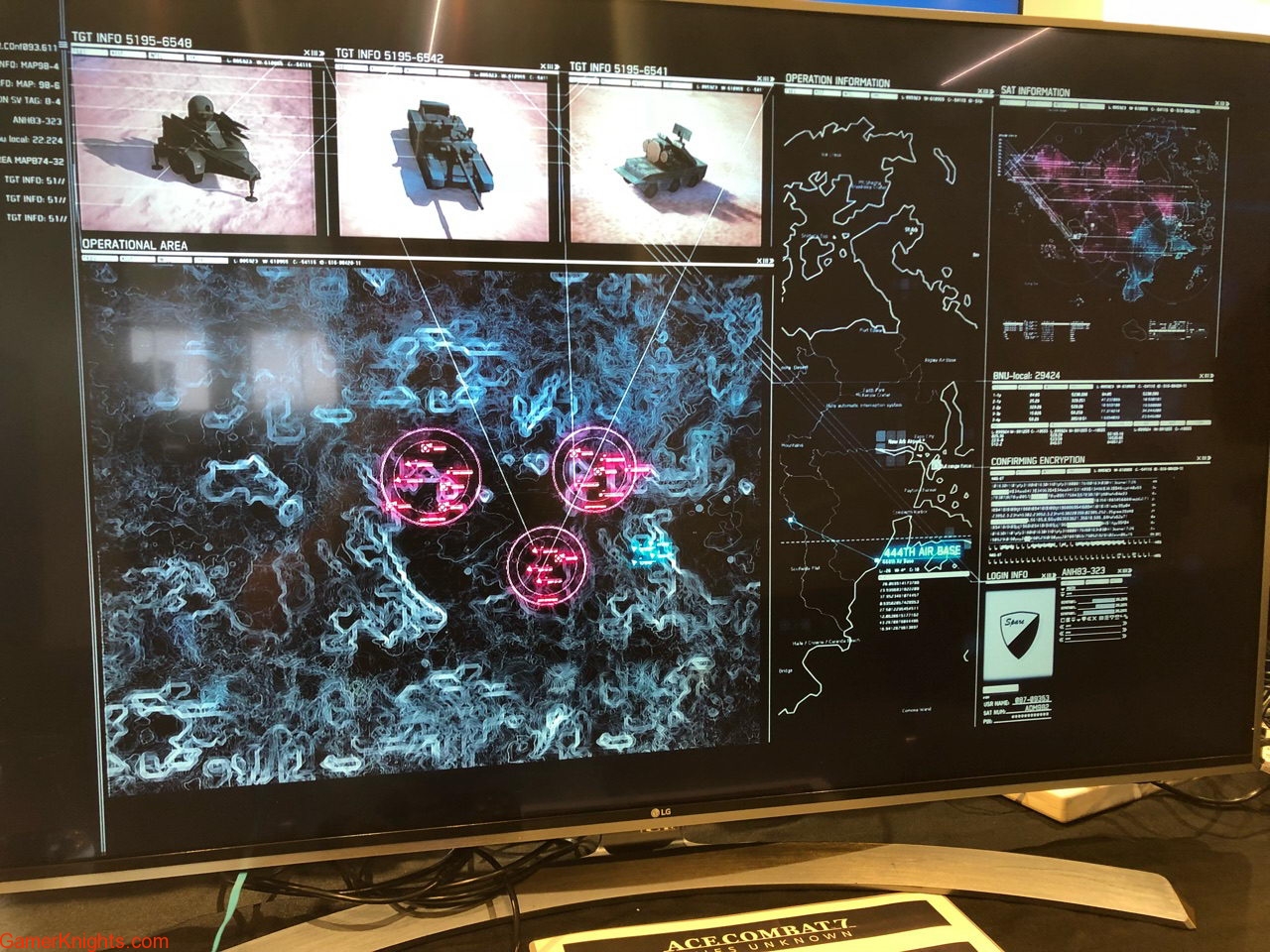 In the cockpit, again, this is classic arcade feel combat flight game. You don’t really have to worry about stalling, blacking out or anything else, and the general flying feels good, although this isn’t a game where you feel completely invincible. The game does require some skill with targeting, particularly air-to-air missiles. 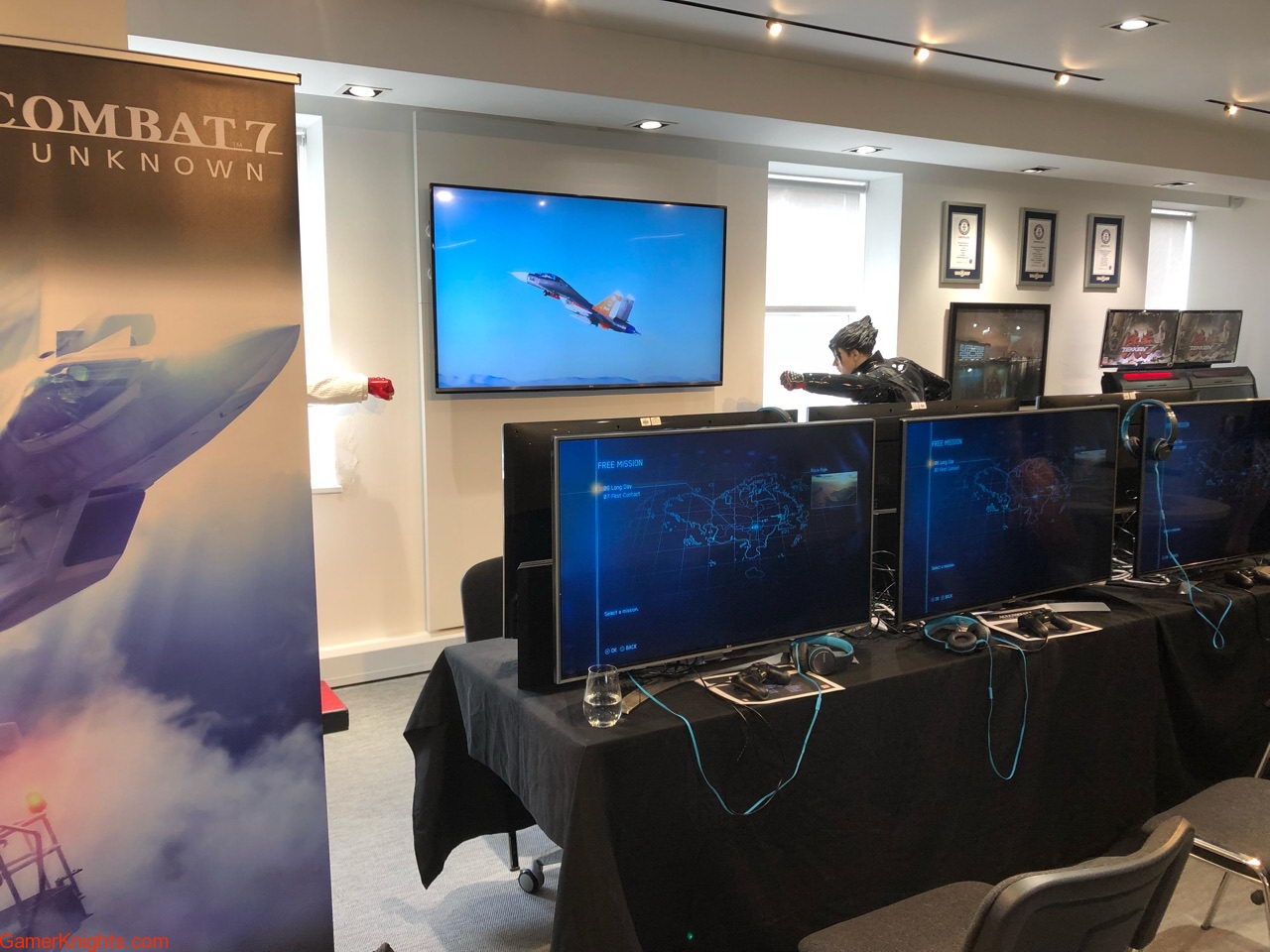 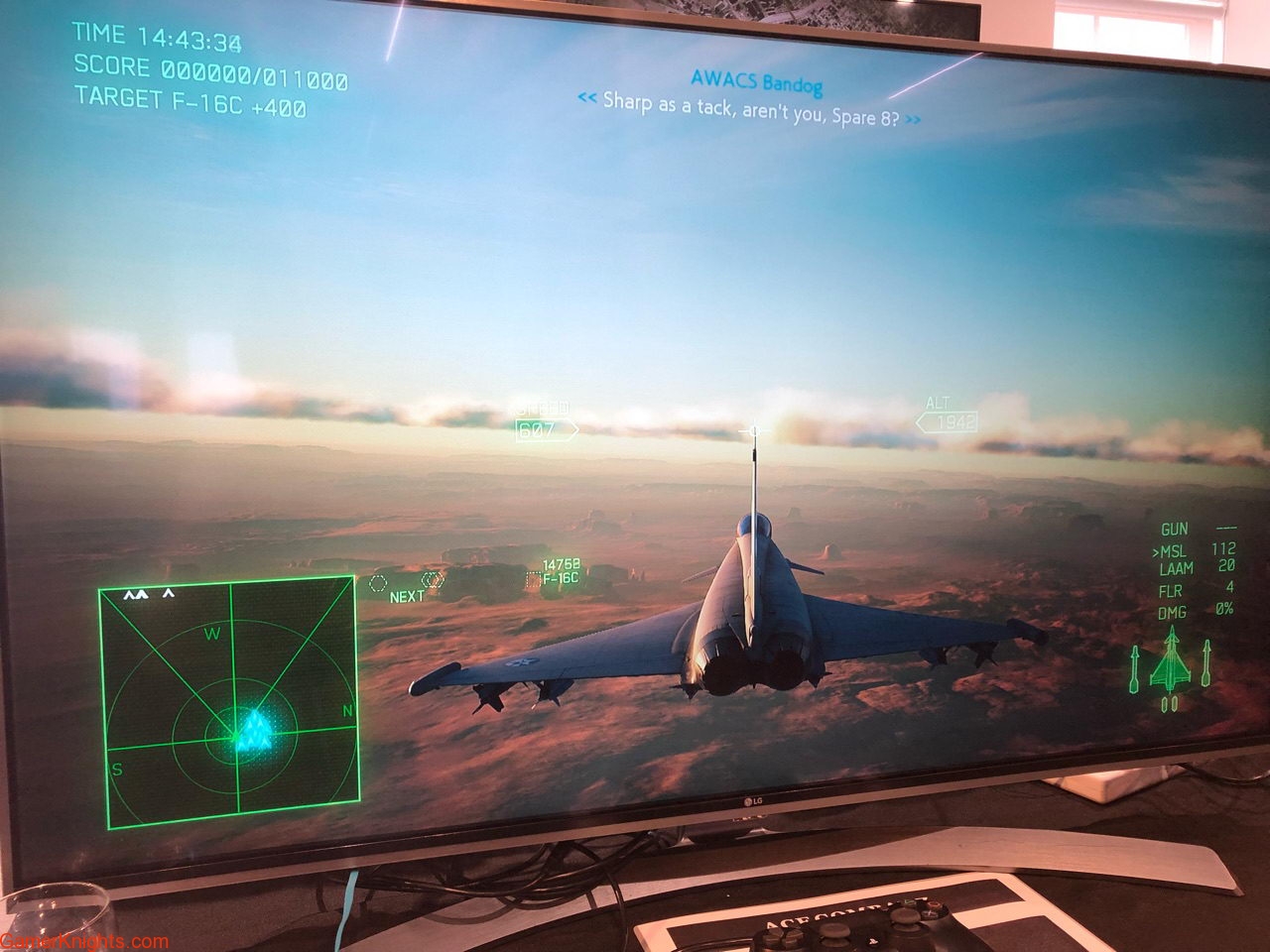 There was also a gameplay effect, with the cloud affecting visibility and the wind affecting plane handling. 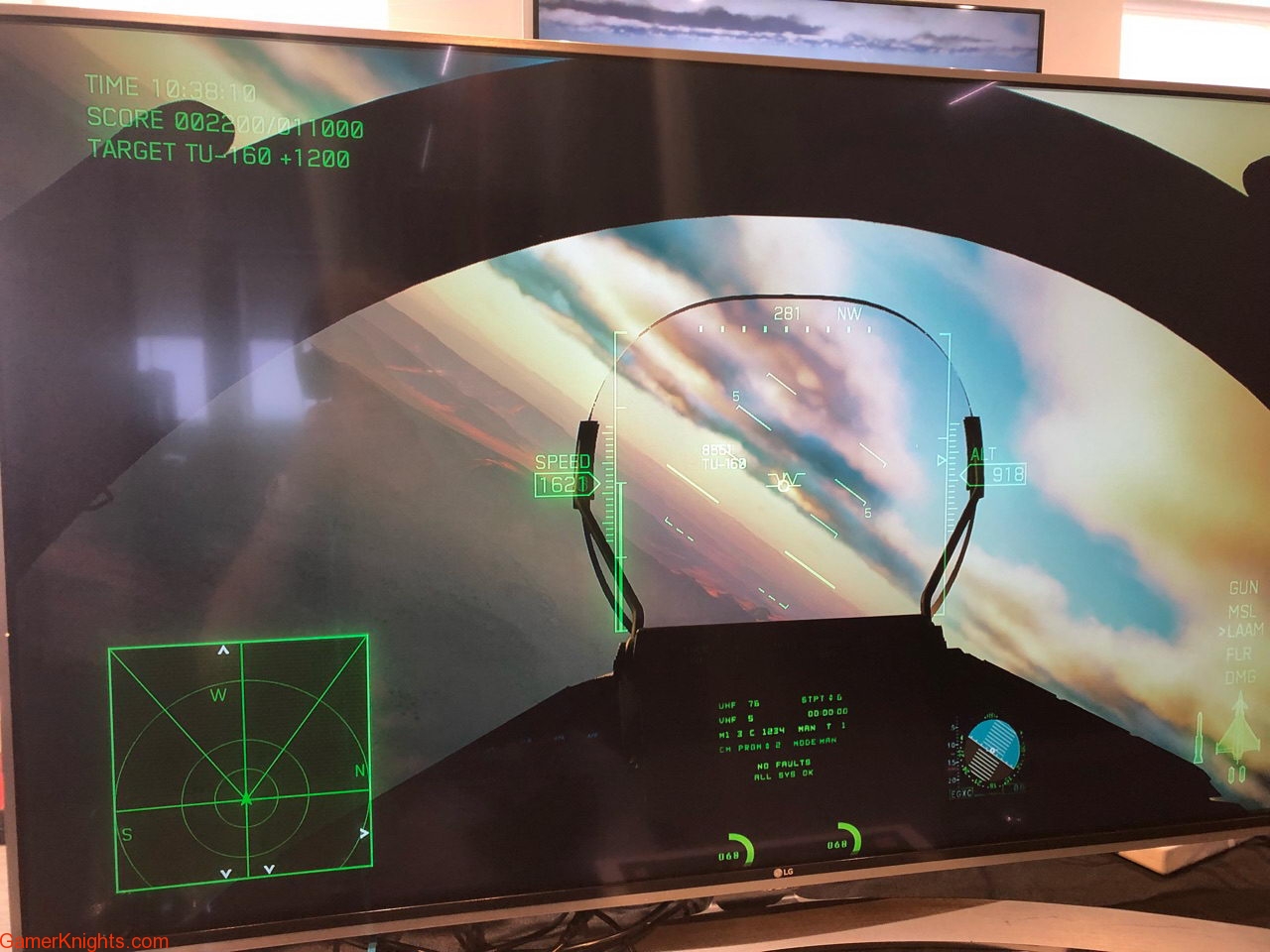 Ace Combat 7 isn’t doing an awful lot new, but given the dearth of other games in the genre, particularly on console, it fills a gap and should probably be pretty successful.