Art Academy Atelier brings a whole suite of tools and tutorials to the Wii U, outdoing its predecessors at every turn.

Drawn to be Wild:

The Art Academy games are just one of the many unique self-improvement games to be found on Nintendo systems. Whilst the most popular and well known titles shave years off your brain age and others keep you slim, Art Academy aims for the lofty goal of making you an artist. It’s no easy feat for tutor or tutee, but developer Headstrong Games have at the very least put a huge suite of tools and a competent series of tutorials in our hands to give us the best possible shot of achieving that dream.

More than in any game, the only story here is your own. Growth doesn’t come in the form of arbitrary experience bars or level ups; instead Atelier uses your own progress – or lack thereof – as a measuring stick at just how far you’ve come since your first lesson.

Mascot Vince and his dog Bacon lead you through a bunch of step-by-step lessons in how to best utilize the huge range of tools and mediums at your disposal in this, the biggest Art Academy suite yet. It starts simple, with lessons on still life via pastels, pencils and paints, but moves on to more intricate subjects and techniques before too long.

Art Academy is a strange beast: it was on the DS, and it still is on the Wii U. Using your gamepad and stylus you’re able to select tools and put digital paintbrush to digital canvas. Thanks to the touchscreen there isn’t a disconnect here, unlike similar tablet-based art programs available. You can watch your progress happen beneath the stylus rather than on a separate screen. This is a huge boon in the Wii U’s favour, and one that really sets Atelier apart from its competition on other systems. 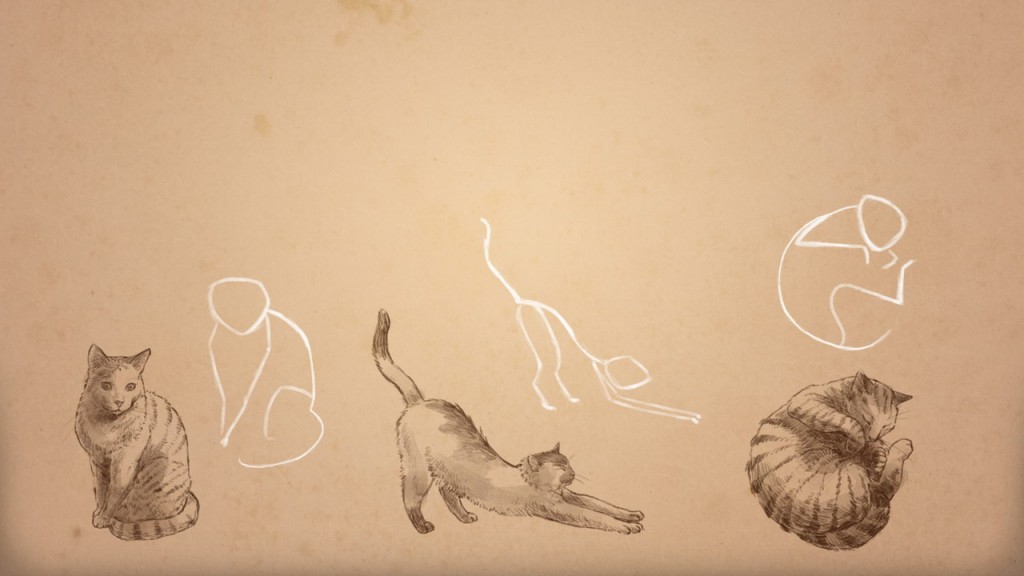 However, the Wii U gamepad isn’t the most advanced touchscreen, and when working with finer details the process can feel inaccurate and stunted. It wasn’t a problem I faced a lot, admittedly, especially when working in broad-stroke mediums such as oils and pastels. Whenever I was sketching I did find myself making copious use of the zoom tool though, but it’s not a bad compromise for all that Atelier offers.

What was a larger problem was the fact that your easel is covered in buttons and sticks that not only get in the way of your hand as you create, but also these buttons activate different tools and menus when nudged. I found myself turning the gamepad in my hand to get to otherwise hard or awkward to reach places.
Aside from this shortcoming, there’s a generous bevvy of ways to apply yourself in the game. Once you’ve conquered all your lessons – no small feat – I felt I could truly begin experimenting with the game and make the experience wholly my own. I loved the gallery, a basement in Vincent’s house where you can walk around and hang your masterpieces. Anyone else playing the game on your system can share this space with you, and pretty soon my family had created a goofy range of fruit and plant life of varying skill and style.

Besides this instant level of interactivity, you can post your pieces on Miiverse and comment on the work of others. It’s a really neat feature that made me feel part of a community, one that – at its best – provided constructive feedback and criticism. It’s currently a very active place to display your works and chart your progress. 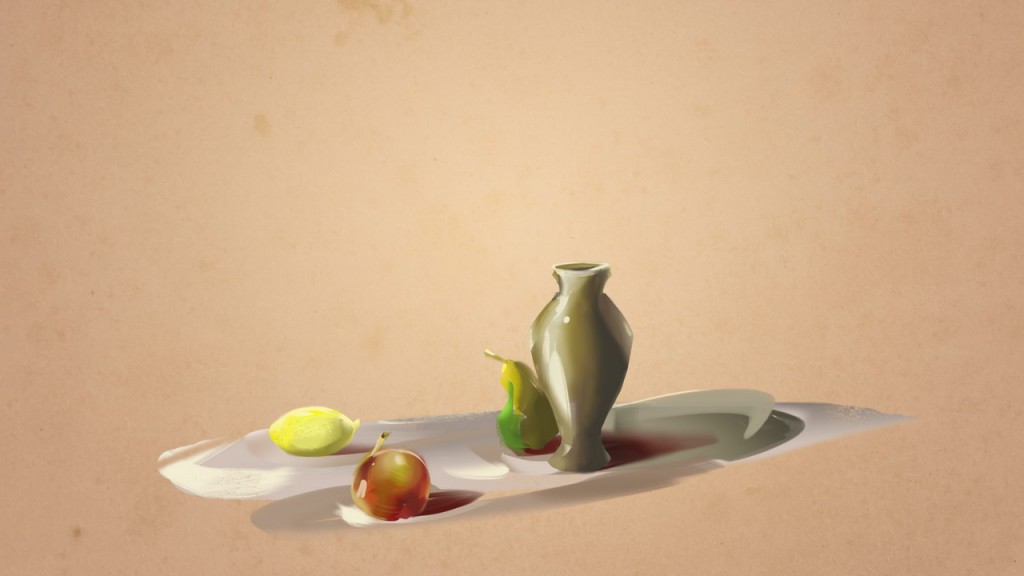 Art Academy is definitely a beginner’s tool – and one whose intricacies don’t always translate perfectly to real life application (pastels, for instance, are no way near as forgiving or clean as the game would have you believe) – but the fundamentals are here and all of them are on point. What I found most impressive was the fact that mediums I hate using in real life – such as charcoal – I detested almost as much when forced to use them in Art Academy. If that isn’t shining praise for the accuracy of Atelier’s toolset, I don’t know what is.