For a lot of people, Castlevania’s star didn’t truly shine until Koji Igarashi got his hands on the series with Symphony of the Night – but for a lot of us, that was a wild, unnatural evolution to a series we had grown up playing, cross-legged in front of our old CRTs with a NES controller clutched in our sweaty palms.

With Konami’s Anniversary Collection, the best of those pre-Iga ‘Vanias are collected in one place in stark contrast to what the series has become today – and it’s a trip to revisit the old haunts of Dracula and the Belmonts, all these years later.

In almost every Castlevania included in this package, the story is mostly the same: Drac is back. The vampiric count of Castlevania is causing mischief and needs to be put in his place at the hands (and whip) of whichever Belmont is currently alive. For as long as there’s an undead with a thirst for blood about, there will surely be a new kid to wield the legendary Vampire Killer.

Being older games with a focus on repayable action rather than storytelling, it should be no surprise that there simply isn’t much of the latter here. There are exceptions, of course, such as the brief chunks of narrative found in the likes of the spectacular Castlevania III – which is currently enjoying an animated adaptation on Netflix – where you can find allies including an early appearance by Alucard, son of Dracula, but these beats are few and far between. 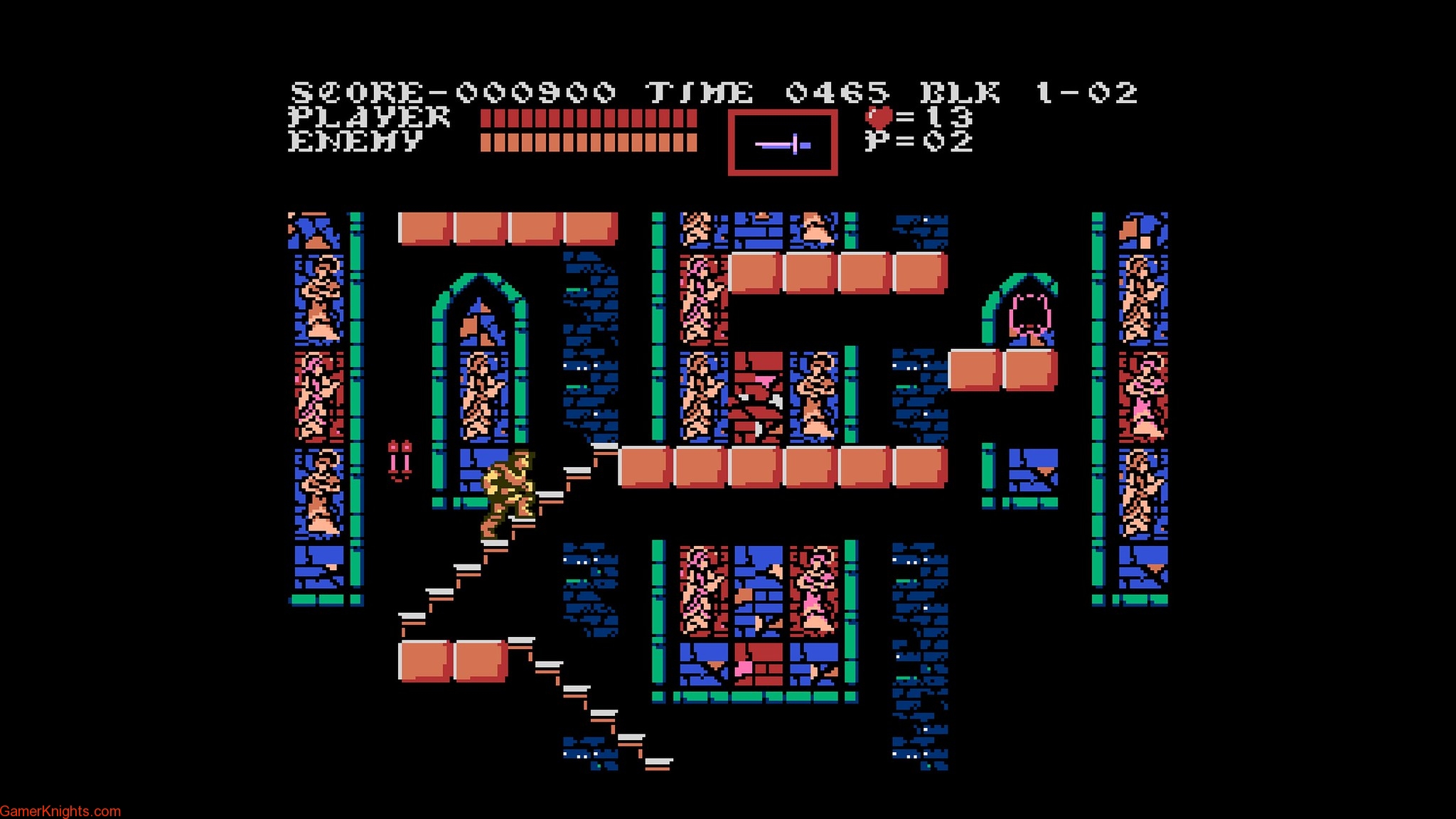 Gameplay is front and center here, as well it should be, and it’s serviced by an impeccable port by the masterful M2. As far as video-game historians go, these guys are truly doing excellent work in keeping the wonderful relics of our past in beautiful condition, and they’ve done a similarly impeccable job with the ports of all eight Castlevania titles present in this collection.

The Castlevania series is mainly comprised of tough-as-nails sidescrollers with fun and challenging combat, that occasionally falls foul of the classic infuriating NES design that stopped most of us beating these games as kids. Back then I think developers were having a hard time adapting their development ethos to console games from their arcade roots, where the goal wasn’t to see how many quarters you could wring out of any given player but instead offer fun and fair challenges. It says a lot that, thanks to this games save state feature (a miserly single save per game) I was finally able to beat Castlevania III. 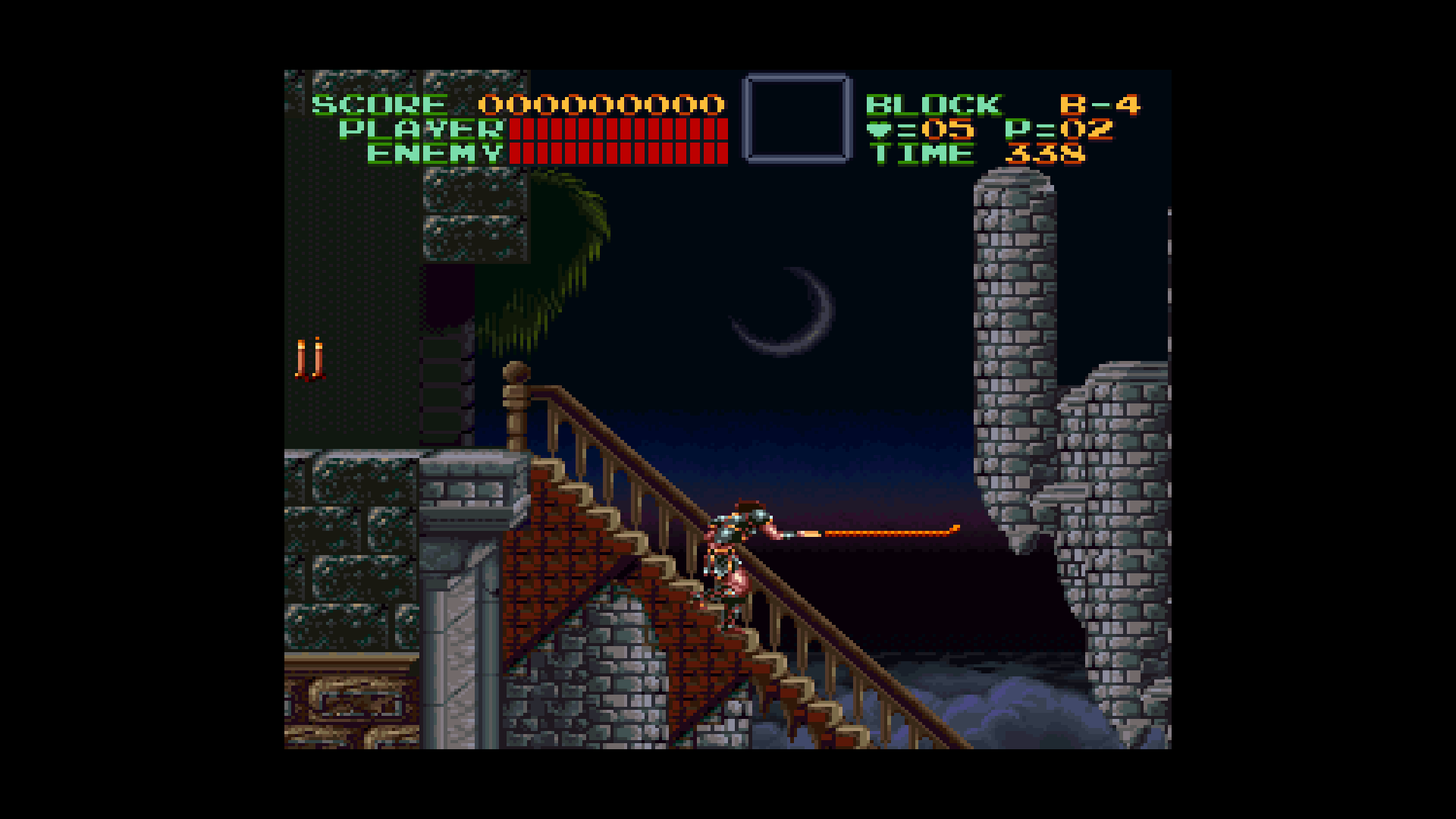 Most of the games here are still fun in their own right – even Simon’s Quest, as long as you play it through with a guide to hand – and I had the best time with Castlevania 1, 3 and 4 especially. Kid Dracula – a quirky offshoot title that never saw release in the West before now – is a great addition that helps round out the roster in interesting ways.

Bloodlines is a bloody good time, considering Sega’s more lax stance on gore (which is used to full effect in this title) and overall I enjoyed almost all of the time I spent with this anniversary collection. Sadly, however, the original Gameboy games here are sluggish and dull, and I would have gladly swapped these out for more deserving titles.

M2 have done a fine job replicating all the quirks of the original games played on their original systems and – for better and worse – these titles will play identically to how you remember them. Besides great ports, M2 have offered a slew of visual options including Pixel Perfect (my go-to choice) and optional scan lines for whichever aspect ratio you desire. I’ve never understood the appeal personally, but I know there are people who swear by them. 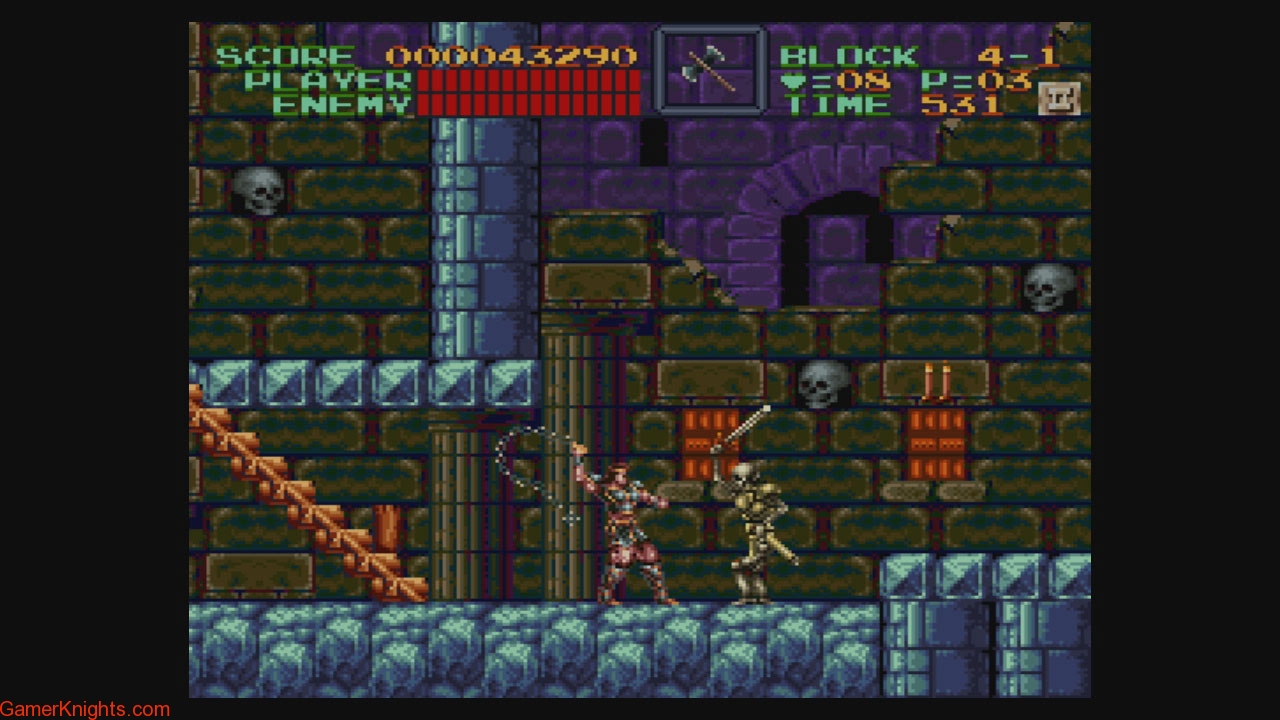 With how crisp and colourful these games look, especially when forced to abide by the NES’ strict colour palette resulting in the stark, painterly tones of those original three titles, you’d be hard pressed to find better looking games on each system.

The audio is, of course, excellent. Castlevania has always played host to phenomenal soundtracks and they’re all present and accounted for here, and I found myself humming the tracks long after I turned off the system. The exception to the rule, however, is Simon’s Quest, whose criminally short loops and sprawling, maze like levels ensure you’ll hate each piece long before it’s done.

“Castlevania Anniversary Collection” is a must for any fan of the series – very reasonably priced, packaging in a load of the series’ best pre-Iga moments, and wonderfully presented, a fan couldn’t really ask for anything more. I could have done without the GameBoy games, and maybe a feature to parse the nonsense that is Simon’s Quest on the go, but other than these issues this is as good as classic Castlevania gets.

Hopefully this will inspire Konami to resurrect this series once more, much like it’s blood-sucking count is so fond of doing.