There's a lot of fun to be had here, past an ugly, pricey exterior.

Contra is a great series with a great lineage. The same used to be said of Konami, but now everyone arbitrarily hates them in the same way we hated EA not so long ago, so it was no surprise to me to see their latest effort met with critical damnation and commercial indifference.

Contra Rogue Corps is an effort to modernize a genre – the run and gun – that didn’t neccesarily need modernizing, but the result is something I genuinely had a blast with, despite its fair share of problems.

Perhaps the less said about story the better – which seemed to be Konami’s mantra when it came to Rogue Corps’ narrative. Taking place vaguely after the excellent Contra III (which still stands as one of my favourite titles of all time), we see a bunch of misfits ducking into an alien-overrun city to scrap together some goodies for what is left of the human race. 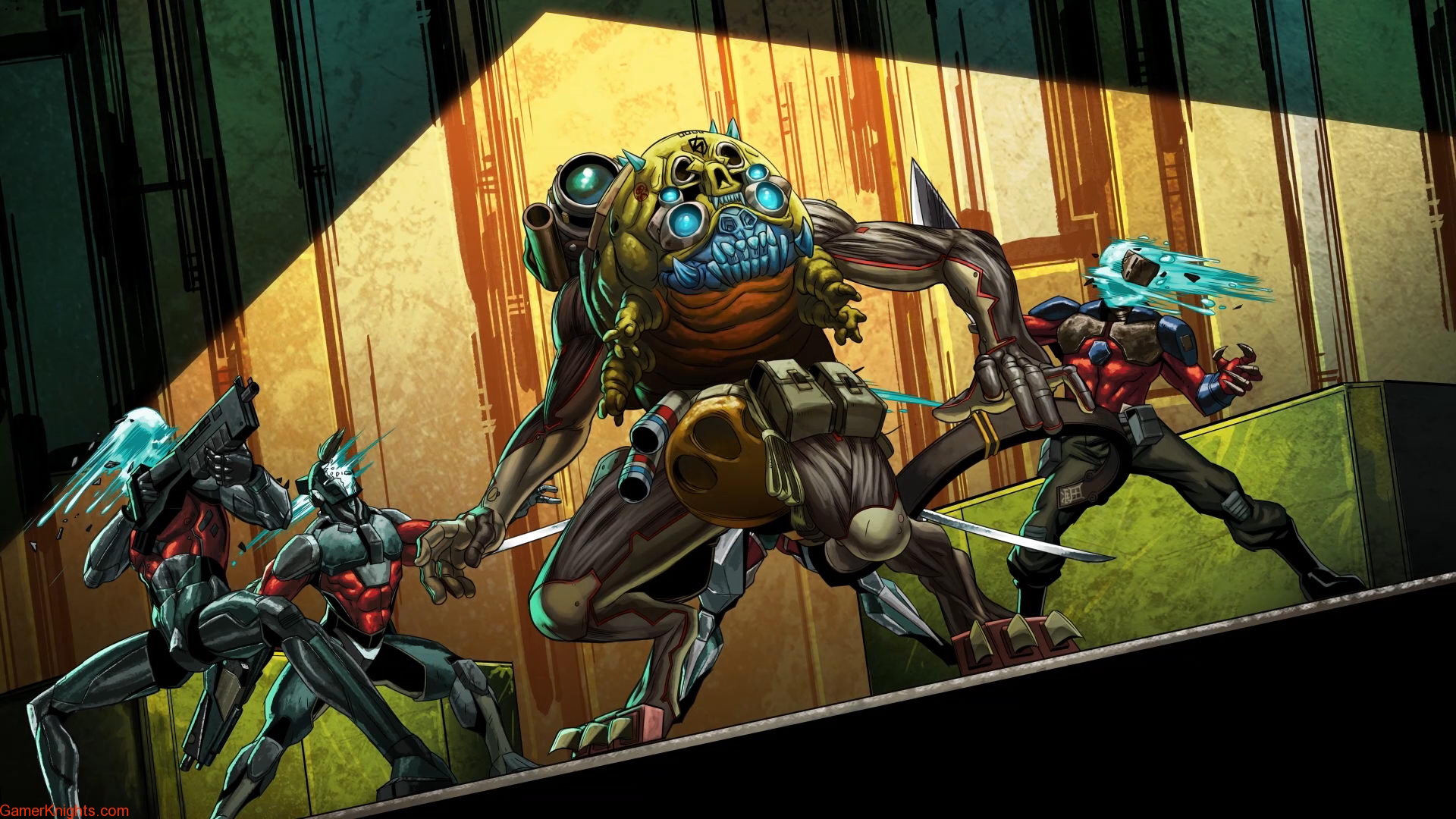 This foursome includes one of the dullest Arnie clones around, a missle-toting panda, a gentlemanly alien and a survivor of Japanese ritualistic suicide who’s guts have become possessed by an alien who speaks through her self-inflicted sword wound – questionably titled ‘Ms Harakiri‘. Subtle, these stereotypes are not, and yet I fell for them anyway.

The entire thing is sold as some crappy, campy 80s action romp and whilst the framing just comes off as cringy, I grew to like the loveable misfits at the center of it all.

Contra trades its traditional 2D side-scrolling run and gun action for top-down twin-stick shooting action, which in practise is a pretty natural transition. What isn’t so natural is that the tape-down-your-trigger nature of the series that never saw our heroes run out of bullets (or trigger-squeezing-digit-strength) has now been replaced by a needless ‘overheat’ mechanic that means every now and then you have to stop shooting. It adds a little ebb-and-flow to the action, making sure you aren’t just mindlessly blasting oncoming foes and instead thinking about your surroundings and the pickle you’re in, but honestly I think I’d prefer to be a bit more mindless considering the alternative. 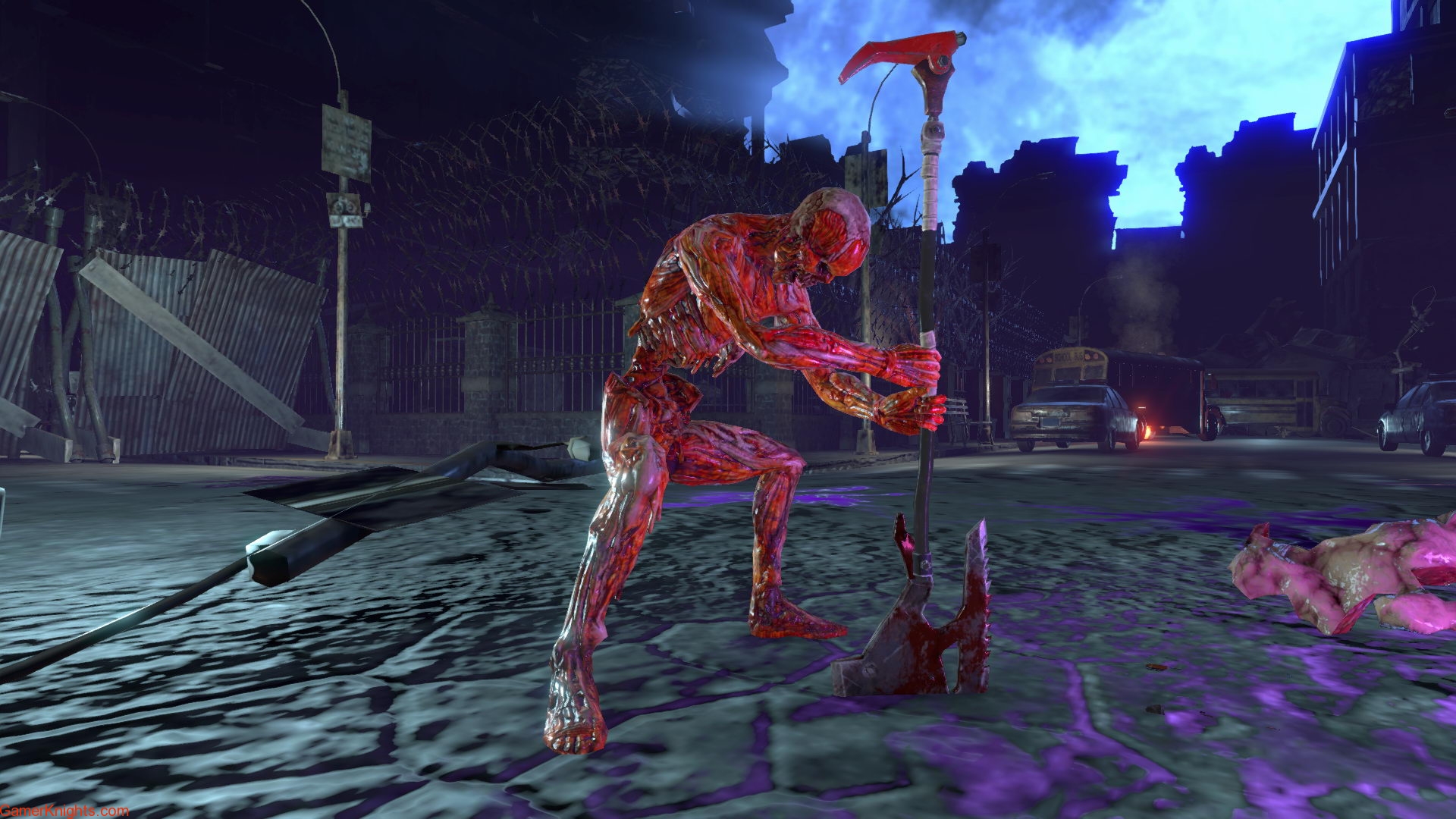 Levels are made up of a string of areas and a swath of cannon fodder racing towards you in each one. Occasionally you’ll be tasked with taking out alien nests or outrunning a rolling boulder/head, but for the most part this is brainless fun. The enemies and their projectiles act as enjoyable bullet-hell patterns to avoid, your guns, bombs and special moves are satisfying to pull off, and all the fun of clearing these stages with as much bloodshed as possible is increased tenfold if you can find some online buddies to roll with.

There is a couch-co-op option but frustratingly you can’t actually play the story this way, only a side-activity to get loot and money. It’s a shame because couch-co-op is the highlight of this series, so its a real hit that you can’t enjoy the main draw in the best way possible.
Outside of gunning down swarms of hateful aliens, you can spend your hard earned coin and loot on upgrading your player characters.