Control is just superb. Think Inception crossed with classic ‘noughties B-game Psi-Ops, but a far more mature and intelligent execution. Barring an autumn of absolute classics, this will definitely hit my Top 5 come the end of the year.

Remedy was given a hard time with Quantum Break, a game which never really seemed to live up to its promise; the studio was then also promptly dropped by Microsoft. With a new publisher in 505 Games, can the venerable studio rediscover its mojo?

Control starts off a little bit slow. You enter the fairly mysterious looking Federal Bureau of Control, and seemingly are on track to become the assistant janitor… until you discover the director, become the director, and then everything takes an Inception style twist as even the building is clearly not what it seems, as it transforms in front of you, and has Tardis-esque properties. You’ll also quickly gain some psychic abilities and encounter the bizarre enemies of the game, The Hiss, that add to the general sense of weirdness. 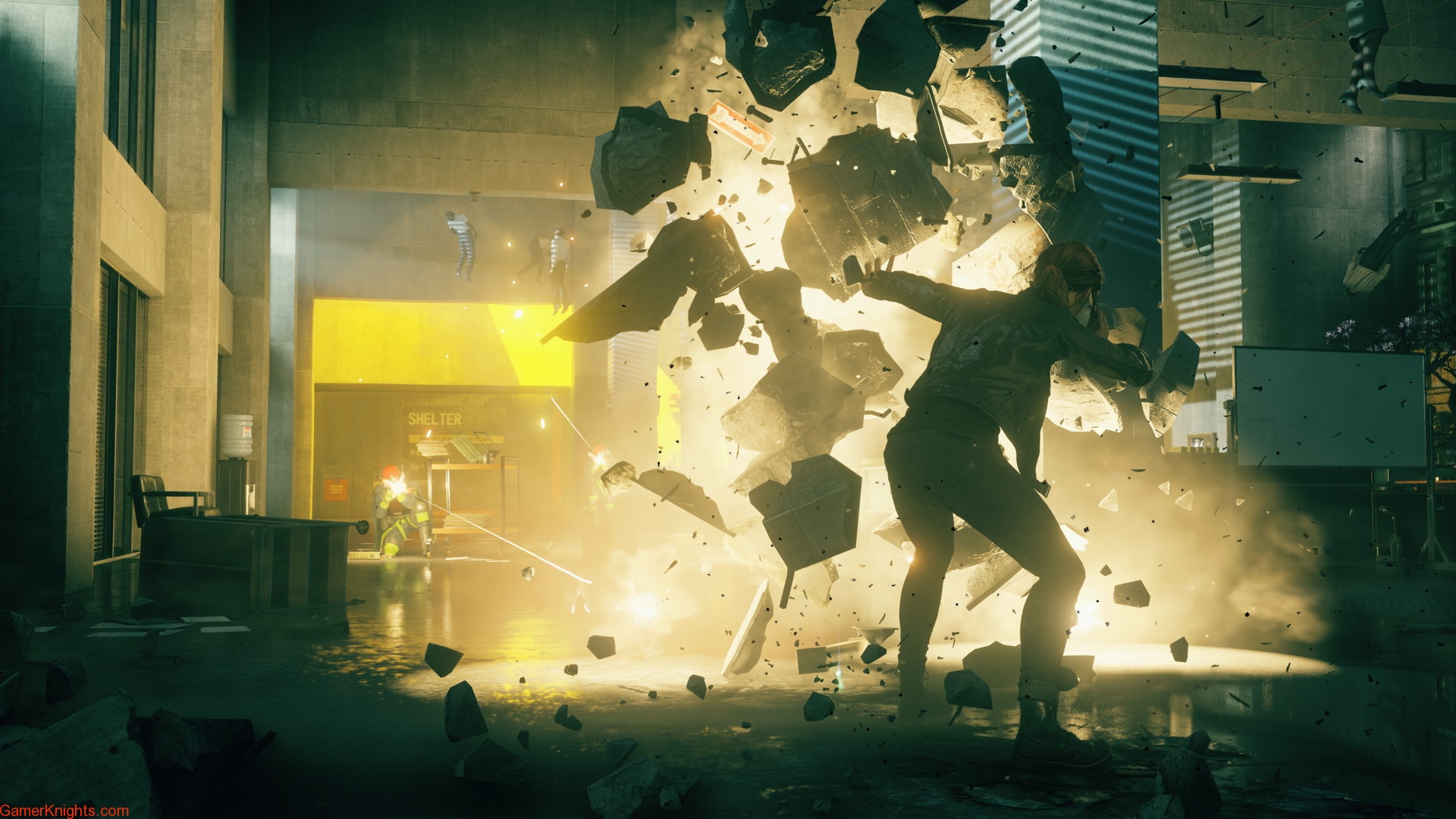 The writing in Control is fabulous – protagonist Jesse is well written, striking the right balance between confusion, sense of purpose and mission and unease at what goes on in this building. The game pulls in some of the concepts from Quantum Break, with plenty of live-action FMV elements that help fill you in on some of the plot elements as you explore the building. They can frequently be funny, or just so oddball as to be amusing. Even the collectables (of which there are well over a hundred) are well done. It’s great that the game can make you smile whilst also being serious.

Remember Psi-Ops? No? Second Sight? Nope? 2005/6 saw a spate of this kind of gameplay, but mostly done on a budget, before Gears of War came and changed everything into a cover shooter for a few years. But since the launch of Doom a few years ago, shooting has changed again, and encourages players to use their abilities and situations in a much more freeform puzzle that is combat. Control is one of, if not the best, playing games to come out since Doom.

On the face of it, things are quite simple. You have a single weapon (although you can buy other modes for it, and also upgrade it and add mods as you get through the game) and a few powers. You can duck behind cover but can’t stick to it. Most combat rooms will also have limited cover in the first place, unless you decide to make it for yourself. One of your first abilities will be Telekinesis, which allows you to pull objects in the environment towards you, either to be dropped as cover, or to be fired back as powerful projectiles. One of my favourite things to do is to grab items behind enemies, which then damages them twice – when the object, unseen, crashes through them on the way towards you, then again when you fling it. You can make objects explode this way. The game is also pretty generous with what you can pull – even destroying concrete pillars means there’s almost always an object in range. 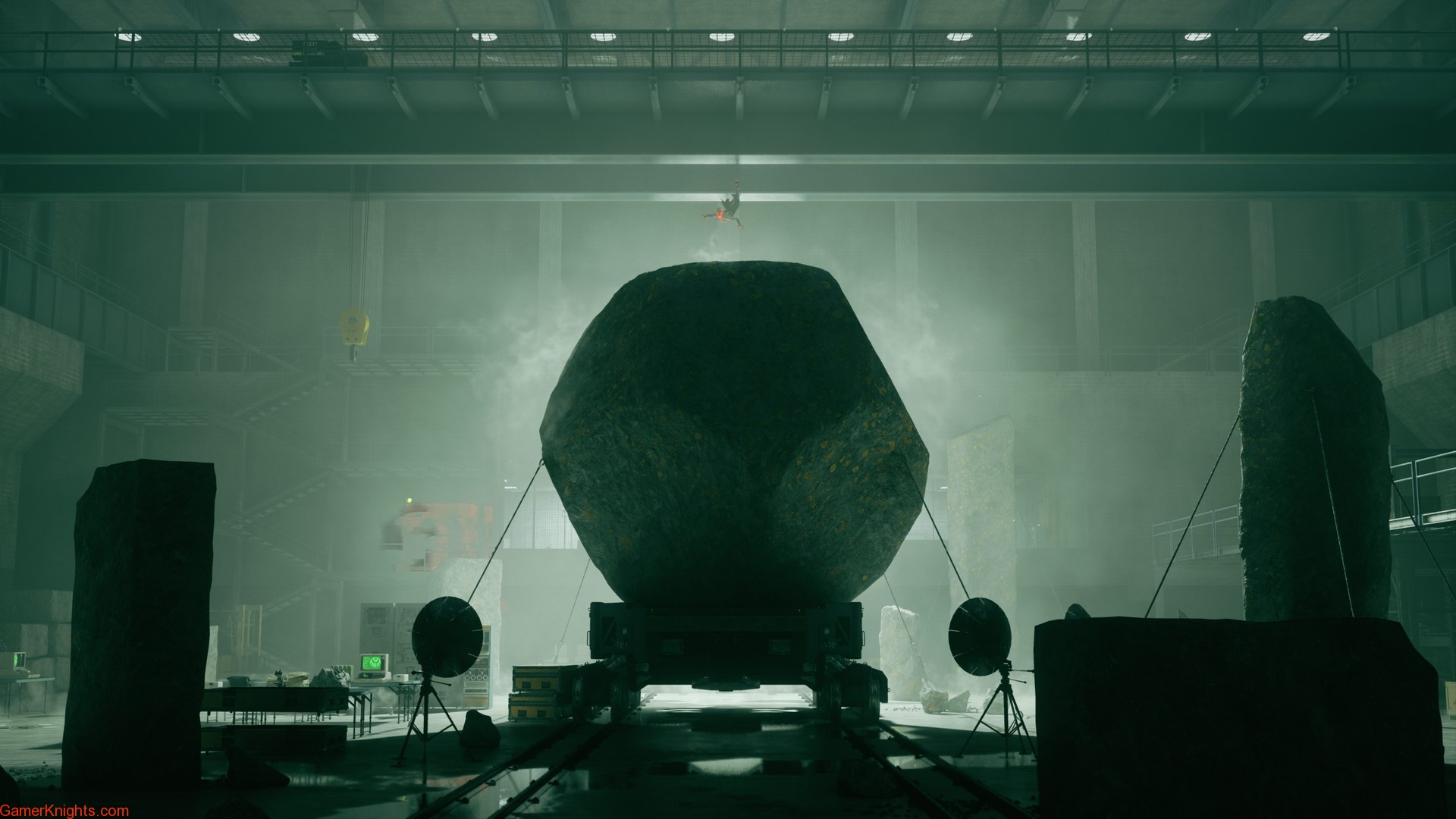 You’ll be able to pick up other abilities including a shield, levitation to help you reach other areas, and even the option to take control of damaged Hiss and convert them to your side temporarily. The combat is pretty free-form, and there’s never a ‘right answer’ to success.

Control isn’t the longest game, and it starts to wrap up pretty quickly. You’ll also end up having to revisit some levels, which perhaps gives the impression that the game was originally planned to be a bit longer. Still, a quick runthrough is still going to take you at least 10 hours, and completing all the side missions and achievements would set you back another 10 – there’s more than enough on offer here, especially given the quality and variety on offer – you’ll never bore of the combat as you’re constantly being given new mods, upgrades and abilities which add in that extra bit of spice.

Control looks superb. The colour palette is often a bit grey and drab, and there are many sequences in quite low lighting. As a result, screenshots rarely if ever do the game justice. But in motion, especially when you clear a control point or alter the Bureau in any way, you get this incredible sense of scale and achievement that few games can match.

Unfortunately the performance isn’t always there, even on Xbox One X. It looks like the game saves every time you pause, and the frame-rate just dies when you unpause, for up to three seconds or so at a time. Most of the time this isn’t a big deal, but in combat it can be a real nuisance. Loading times are also pretty poor too. I also had a frequent bug for large portions of the game where the map just refused to load in properly, which really affects your pathfinding. The game does have signage, but the map is often more helpful. 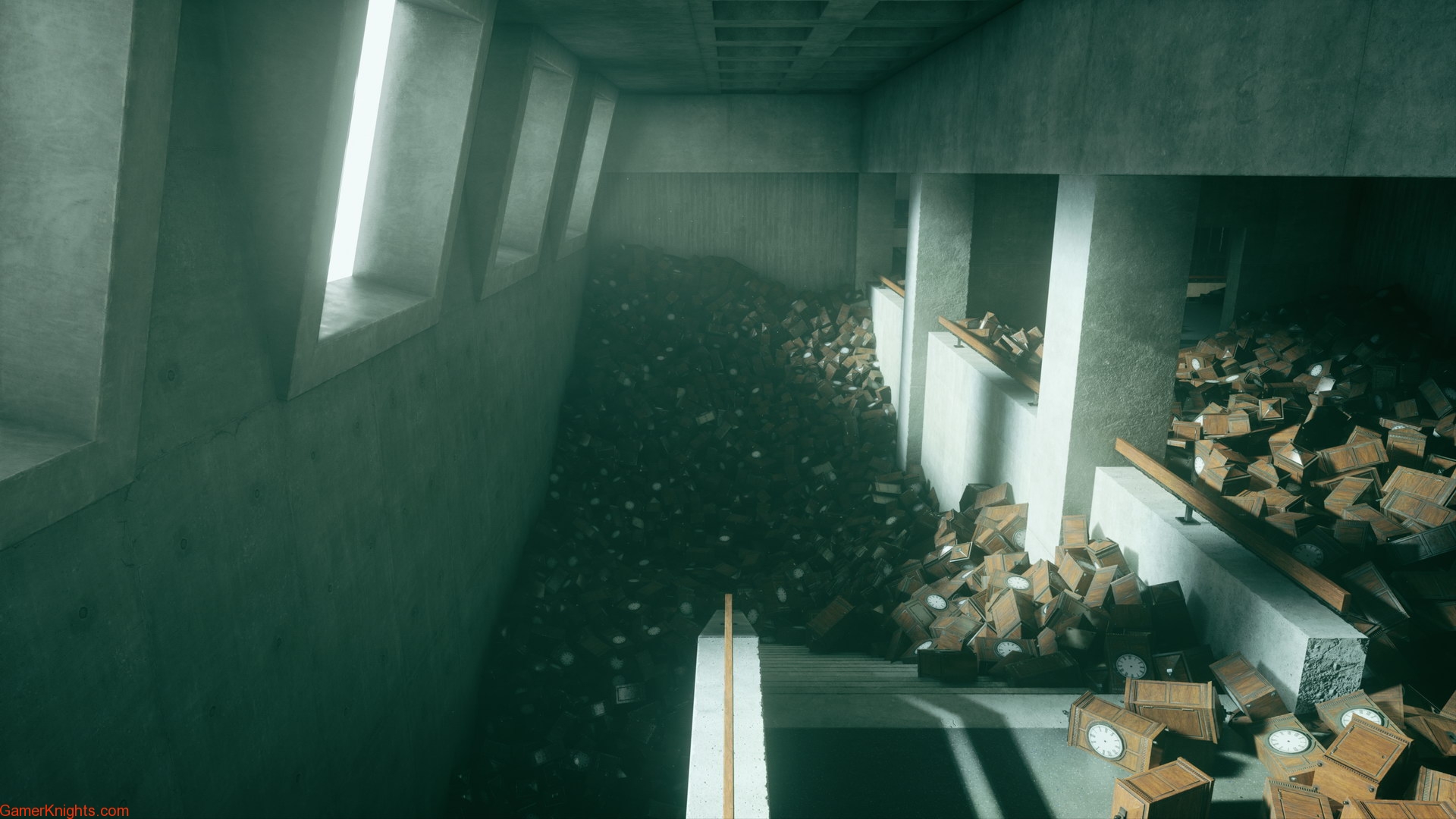 The game is brilliantly voiced and acted, with some really scarily good captures going on. When you’re speaking to someone in the in-engine cut-scenes, it’s about as close to reality as is possible nowadays. I certainly don’t recall seeing or hearing better. Sound effects are also impressive too, with deep bass, and there’s a quietly impressive score that will pipe up at key moments.

Control is baffling, technically impressive and amazing, often simultaneously. It takes what would have probably been seen as somewhat outdated gameplay even a couple of years ago, and turns it into a smart and tactical shooter with almost limitless ways to approach different encounters. The story, writing and visual design all collaborate smartly to create an amazing world out of what initially looks like a drab office building. Whilst it’s not the longest game, there is some stuff to see and do once the credits roll.

I wasn’t expecting much, but Control has taken control of my heart and mind, and I highly recommend it.