Dangerous Driving captures the spirit of the first four Burnout games (whilst staying thematically closest to Burnout 3) and delivers a high-octane, satisfying single-player experience that has been sorely lacking in the driving genre for over a decade now.

Let me make this very clear. The Burnout games are some of my all-time favourites. The sense of speed. The deformation of the cars. The bright, airy feel of the levels. The challenge. After several attempts, the team at 3 Fields (who are all veterans of the original games) have finally drummed up enough support to put out a spiritual successor, “Dangerous Driving“. But is it any good? I tremble in anticipation for the potential return of one of my favourite games…

Just like those games, there’s no pretence of a storyline, just straight into a menu of events which are separated by car class. Perhaps one niggle is that the game doesn’t get significantly faster (or doesn’t feel like it does) quite as much as the originals – you start off fast, and the difficulty increase comes from the extra traffic, more aggressive AI, and longer, more punishing track designs. So it does feel a little odd to get straight above 190mph in the ‘sedan’ class only for the top-end ‘formula DD’ to max out at about 220… 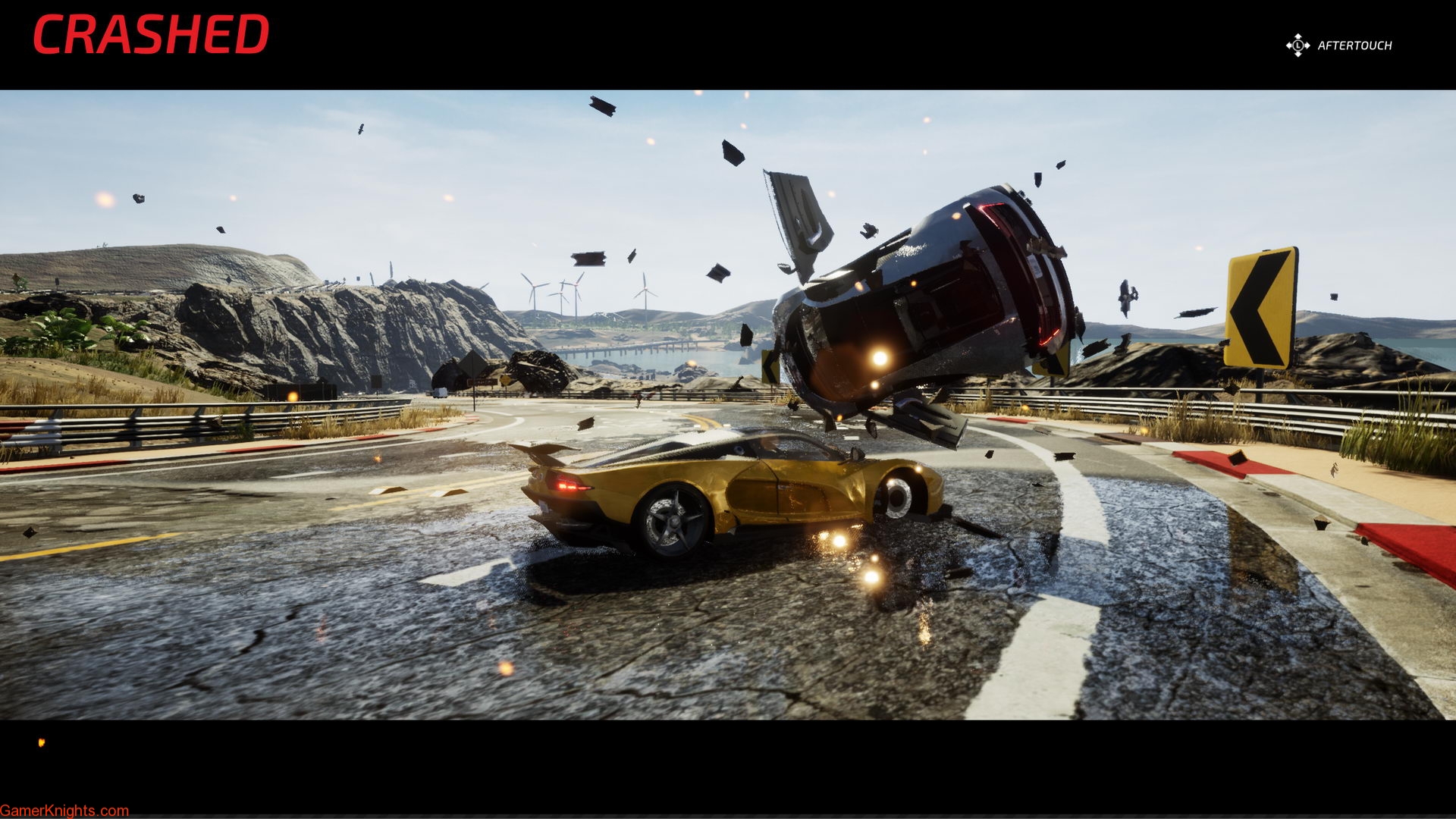 But 3 Fields absolutely nail the feel of the Burnout games, from the bright colour palette to the sense of speed, and the courses are also reminiscent of those original games. Hairpins and tight corners come thick and fast, but drifting comes with almost Ridge Racer-esque ease, whilst the barriers are often forgiving bumpers that just bleed off a little bit of speed without causing catastrophic damage to your own vehicle. Oncoming traffic remains, of course, the real menace, with lethal consequences for just about any contact (there’s no traffic checking here!).

And as you move up the different categories, it’s longer, more complex, more difficult to memorise tracks, combined with significantly increased traffic volumes, and more aggressive AI that start to pose a real, sustained challenge to you getting those gold (or even platinum) medals which seems to come thick and fast at the start of the game’s 69 different events. Each one averages about 5 minutes, so in a perfect run, there’s only about 6 hours of game here. But there’s plenty of replay value, and the feeling you get from a satisfying set of takedowns or a massive ‘heatwave’ (the game’s name for a burnout) chain never got old for me and I strived to improve my times throughout. 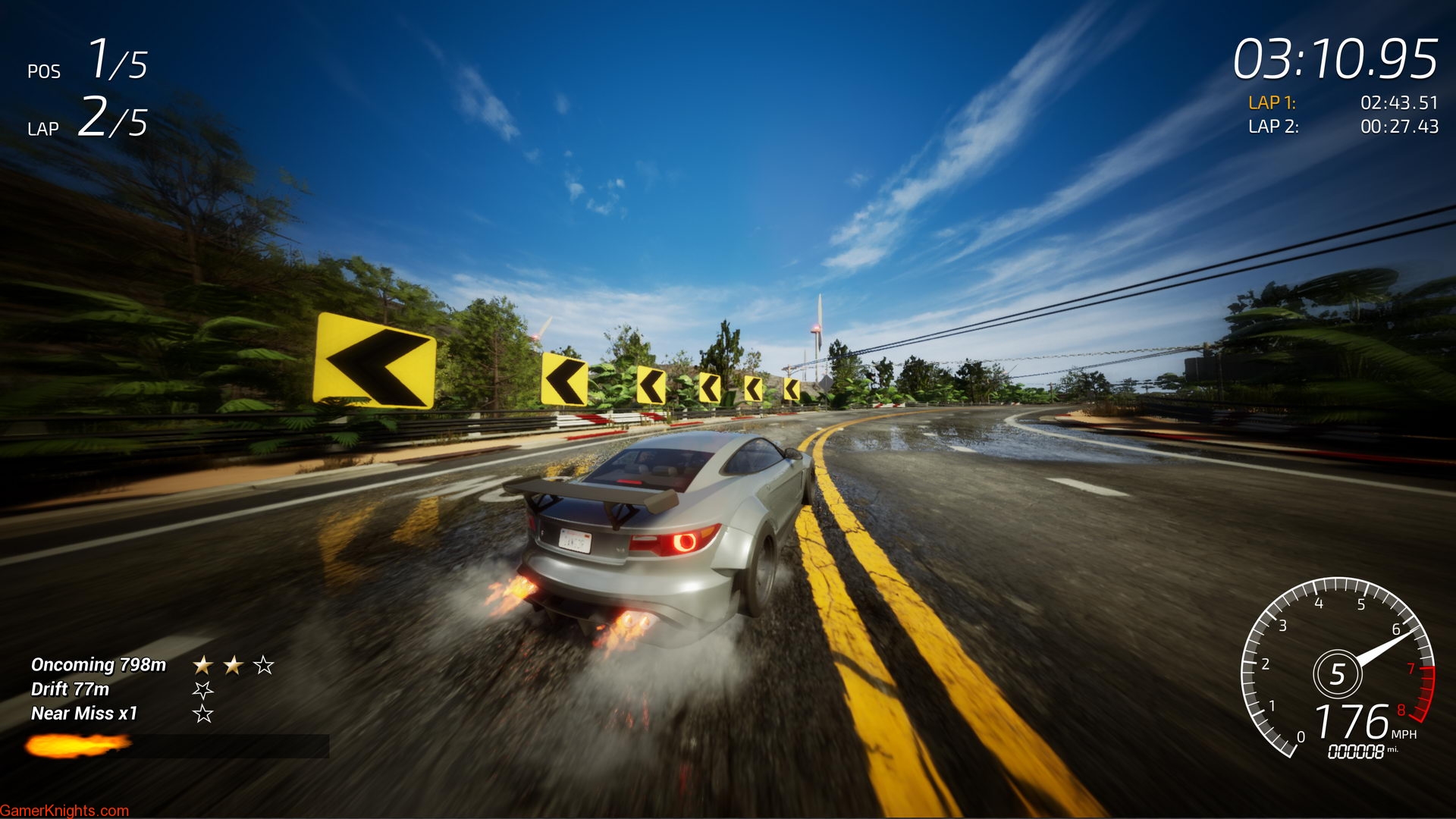 There’s also a very fair set of achievements and trophies tied to progress and unlocks. Ultimately, there’s very little out there that plays like Dangerous Driving, and whilst it’s clearly targeted at older gamers who remember the Burnout games of the early 2000’s, the gameplay is fresh and fun enough that it’s a revitalisation of the increasingly tired and sad genre of arcade racing.

3 Fields have always had to work to tight deadlines and budgets, with over one game per year released to date, in an attempt to raise sufficient funds to get to this point. It probably comes as no surprise then that the presentation is a little bit bare bones. It apes the original Burnout games in terms of fonts and menu structure, so there is a warm sense of familiarity for veteran players. But there’s just a single music track that plays over the menus, and the sound in general is pretty poor. The game even encourages you to link your Spotify account to fill the music gap. 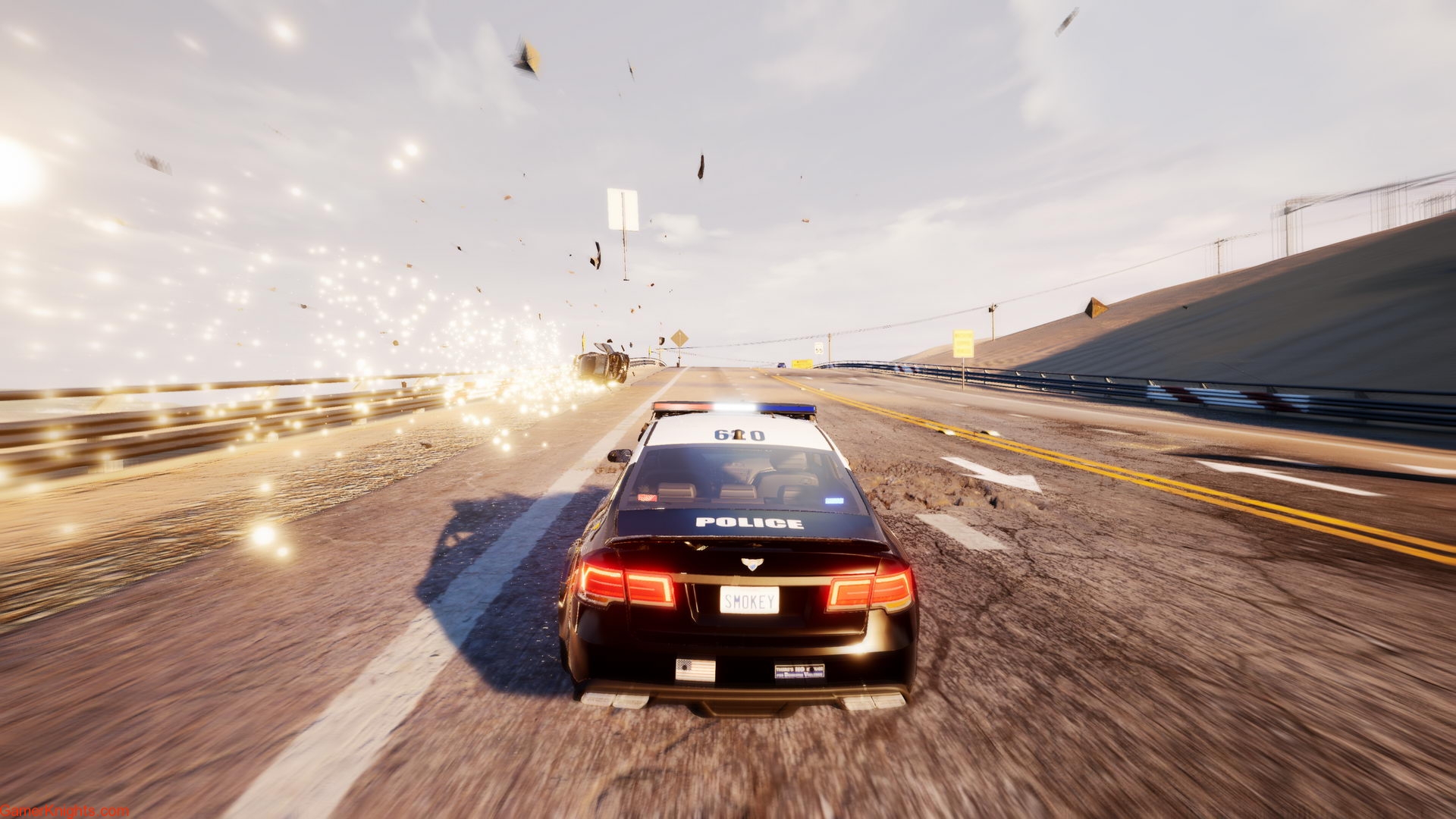 Thankfully, the graphics are significantly better. The game looks beautiful, and runs at 4k 60fps on the enhanced consoles (be warned it’s only 30fps on a regular Xbox), with an impressive art style, with tracks having sweeping vistas over beaches and lighthouses to snow-crested mountains.

The car designs are all unique and varied, and whilst there’s no decal or customisation options like you’ll have been accustomed to in modern racing games, there’s plenty of paint jobs, whilst the cars themselves also get visual updates when you unlock the various tuned versions.

Multiplayer will be coming to the game in a future patch, but still isn’t out as of the time of this review.

“Dangerous Driving” is by no means perfect. It’s a budget price but you’ll need to factor in either a Spotify Premium subscription or the hefty AirServer price on top of it to get music. And the tracks are a bit too long, moving away from some of the bite-sized experiences of the originals. And in 2019, I have less tolerance for slightly wonky physics, unfair crashes or glitches in general. But these are small complaints, especially when levelled at a small team working very clearly to a limited budget. Dangerous Driving is a fabulous reminder of just how good these games used to be, all wrapped up in a far more modern lick of paint. And that’s a very, very good thing. If you have any love for the old Burnout games, then I implore you to pick it up. It’s not only good in its own right, but I sorely hope to see the game expanded on and improved in the future through further patches or a sequel.