Destiny 2 is the best apology I’ve ever heard.

The Best of Bungie:

“Destiny 2” is many things; it’s a tighter, leaner, far more generous beast than its predecessor. It’s a developer firing on all cylinders, and then some. It’s a masterclass in how to ruthlessly trim the fat and focus on the fun. It’s the realization of a promise made three years ago. Hell, it might just be the best apology I’ve ever heard. But more important than all of that, Destiny 2 might just be Bungie’s best game yet.

Fans of Destiny 1 rejoice: everything you achieved was for nothing. Your light level? Gone. The gear you chased for years? Gone. The myriad accolades, ships, vanity items, virtual trophies, emotes and all those consumables you were never going to use, smashed to smithereens by – as catty robot Cayde-6 puts it – ‘a psycho rhino named Ghaul’. Yes, finally the lumbering Cabal race have their time in Destiny’s spotlight – a spotlight that avoided them throughout Destiny 1’s three year run – and they’re here with a vengeance. They’ve destroyed the tower, humanity’s last home, and along with it all your loot and levels. It’s a brutal start watching all you’ve earned turn to dust, especially for anyone who – like myself – sunk over a thousand hours into the original game.

The opening hour of Destiny is a phenomenal one for a variety of reasons, and the first couple of missions before we finally reach a hub area are an onslaught of incoming enemies, impressive setpieces and a narrative working overtime. Watching everything and everyone we’ve known to date explode or get flung into different corners of the universe is appropriately powerful stuff – something that is massively surprising when I try to think of emotional moments in Destiny 1 and draw a complete blank. 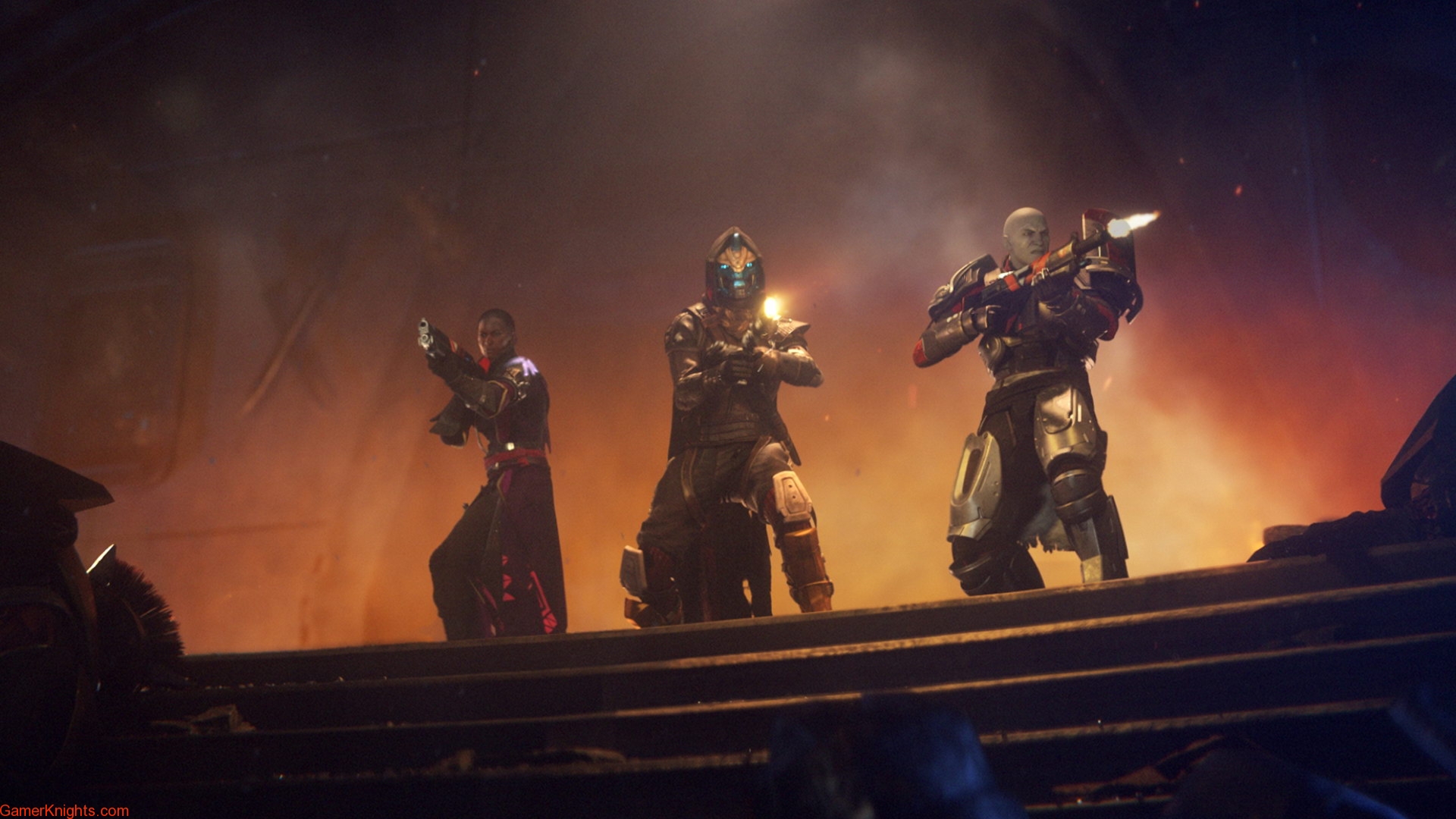 Some might think this overkill, but Destiny 2 needed to be a fresh start, not just for our characters but for Bungie, so that they could stop trying to fix systems that were broken at their core and start reinventing them entirely. It’s a worthy sacrifice, and it also gives Destiny 2 a fantastic campaign fuelled by a righteous revenge to reclaim what is ours. Ghaul is an intimidating rival throughout the chunky story missions of Destiny 2, and he gets more screentime than any previous villain combined, thanks to plentiful cutscenes of how the other half live.

Reuniting the crew and building a force meaty enough to confront the big bads that populate the campaign is great stuff, filled with genuinely enjoyable cutscenes and well written characters. Failsafe is Destiny’s best character to date, but to explain who that is or why they’re so great would spoil it. The team seem to have realized everyone likes Nathan Fillion and leaned into Cayde-6’s popularity hard. I love Mal Reynolds more than most, but the frequent ‘LOOK AT WACKY CAYDE’ moments became grating really quick, – though it’s still a million times better than what we had before, and I have to admit it got a laugh out of me every now and then, with “I don’t have time to explain what I don’t understand” being a particular highlight. When the story wasn’t nudging me repeatedly about a funny robot it was wowing me with ridiculously cool set pieces and cinematic moments, especially at the tail end of the game, and these elevate Destiny from what I once called a pretty-but-dull-shooting range to Bungie’s best work in the genre yet.

Whilst the story adds copiously to the bare bones Destiny originally delivered, the gameplay smartly subtracts. Every annoyance, such as repetitious grind and a miserly loot system, have been stripped away, and every feature left standing has been tweaked and changed for the better. In Destiny 2’s first ten hours I was unsure about some of these edits – indeed, Bungie have liberally chopped and shifted systems that were absolutely fine to begin with, and it begins to feel like change for changes sake – until I got deeper and realized that improved systems such as the weapon loadouts are exactly that: improved, even if I didn’t realize it at first blush. 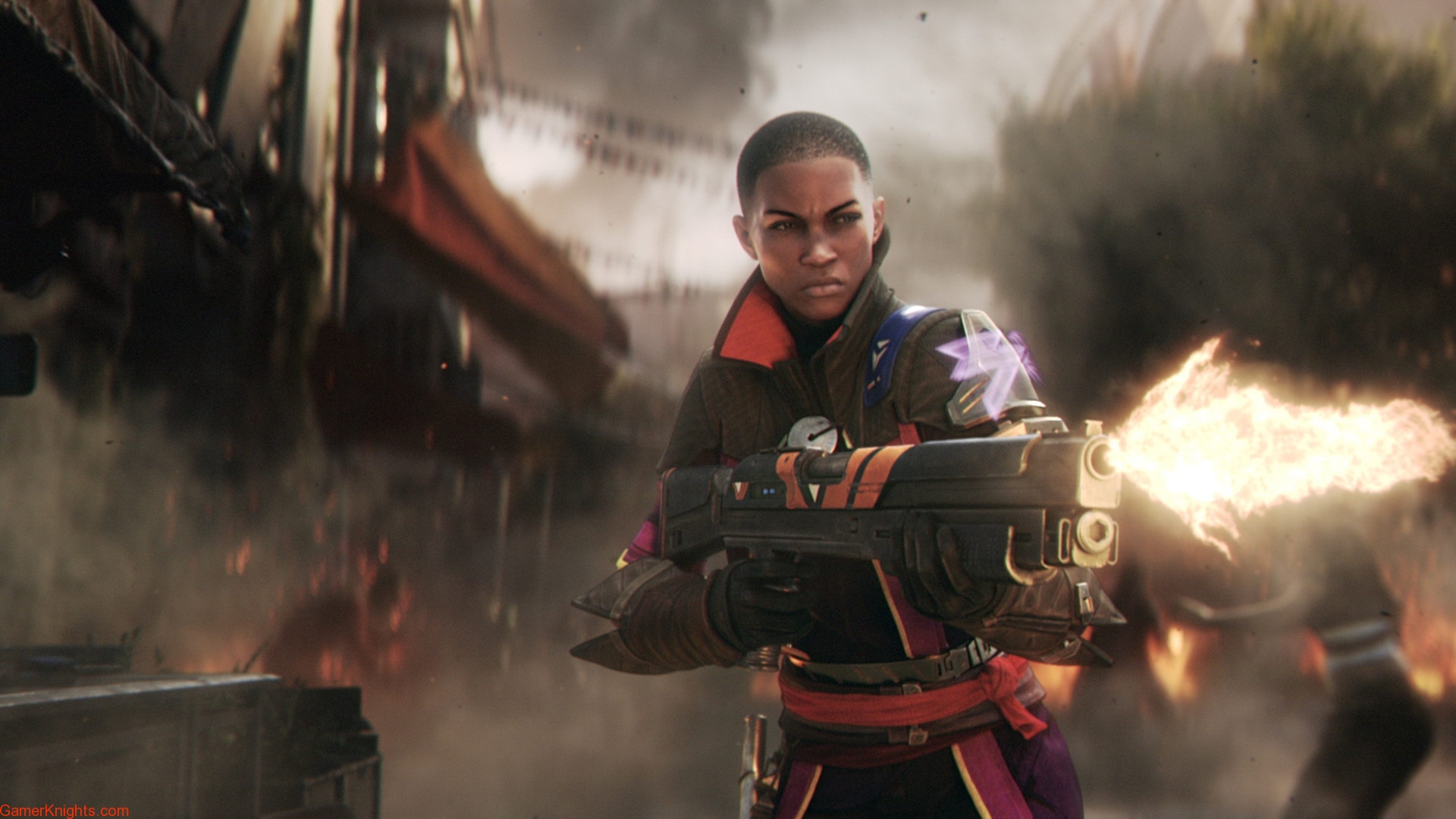 There’s a real synergy to each system in Destiny 2, its cogs definitely part of a larger machine that constantly push you forwards to new goals, new horizons and new shiny objects. Take the breathless pace of the campaign, for instance, that briefly introduces each of Destiny 2’s four new planets for a couple of missions and then whisks you off somewhere new. You’re always interested in what’s in your rearview as you’re pushed forwards, and that momentum serves the game well when it entices you back to each planet with diverse and fun patrols.

Gone are the lifeless map screens with mission modes, instead each planet works as an open world hub of sorts, with a handful of incredibly interesting activities pulsing on the horizon should you bring up your Ghost. These markers can beckon you to a five minute event, a new story mission or the start of a winding exotic quest – or you can carve your own path and find some of the game’s many, many secrets that aren’t heralded by a map marker. The fact that there are players running around with you, being similarly drawn to these siren songs, make finding some comrades easy and taking down their challenges a satisfying group activity. Making you ride through these places to get to campaign missions gives the story a real sense of place and the worlds feel important and full. There’s always something happening out there, and you’re never far away from a spot of action. This action is also incredibly rewarding, throwing guaranteed improvements to your gear constantly. The importance of Destiny 2’s generosity cannot be overstated, and it ensures every minute you spend with it is acknowledged and valued. 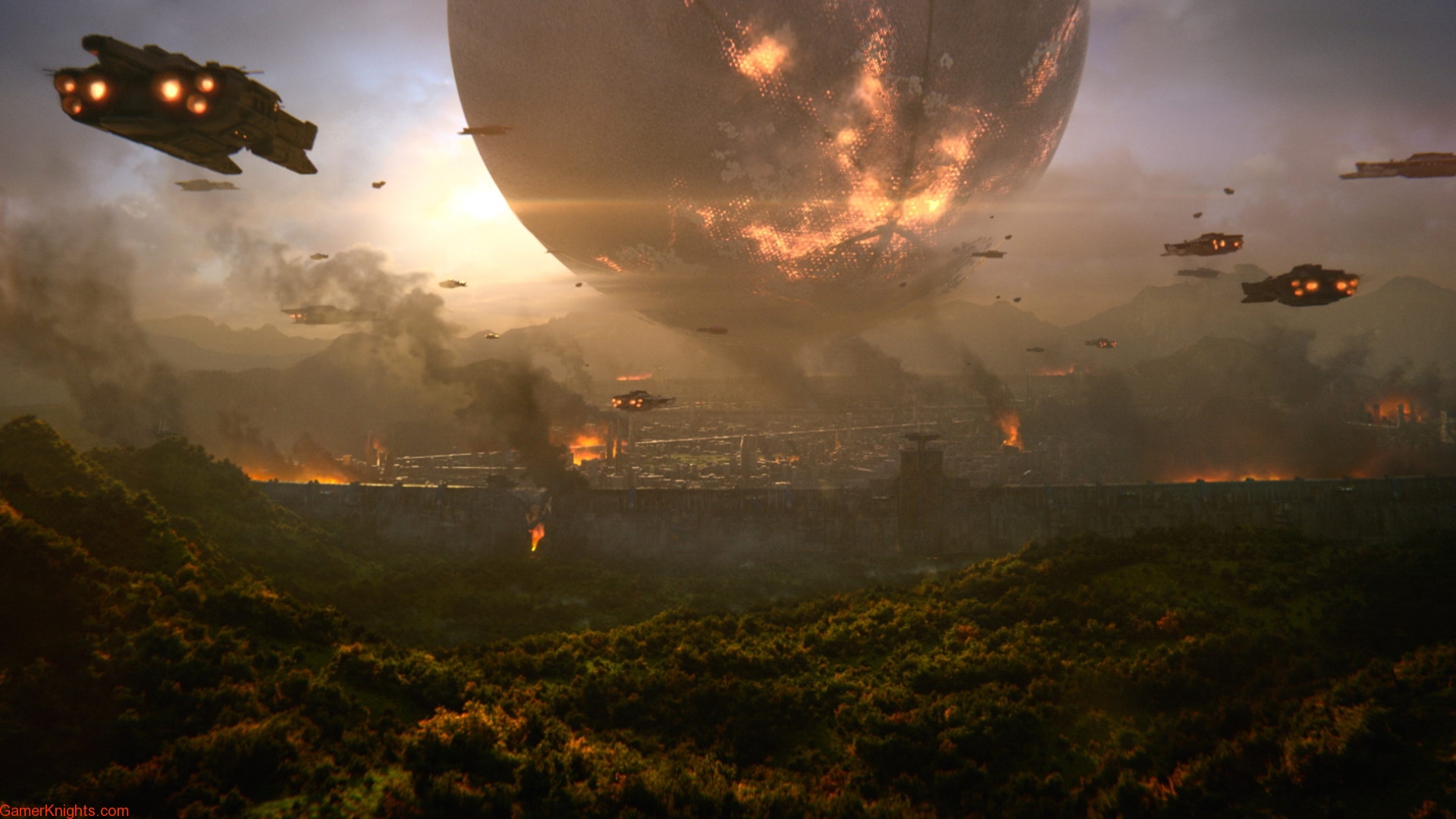 Destiny 2 is still one of the best console shooters out there in terms of gameplay, or gunfeel, or however you describe the weight and precision a great FPS carries. Smart and subtle aim-assist never takes away your agency, and headshots and killing sprees feel satisfying and accomplished. We’ve really been spoilt for FPS handling recently – a genre that has always felt a little hamstrung on consoles – and I’m very eager to see how different it feels with mouse and keyboard next month, but for now a PS4 pad feels absolutely perfect.