If not, the BEST Dragon Ball fighting game ever made! Bring on that sequel please!

Since it was announced at the Xbox conference of E3 2017 the hype has continued to climb around Dragon Ball FighterZ.

Shimmering graphics, fast gameplay and a great name at the controls: Arc System Works. However we all know there are a lot of DBZ games and some of them are well really, really bad. So how about the new “Dragon Ball FighterZ”, a fighting game with all your favorite DBZ characters. Still it’s not all about graphics, gameplay matters as well. Let’s find out.

Many of us, more or less, grew up following the adventures of Goku and his companions, reading Akira Toriyama’s manga or enjoying the interminable animated series with more fillers than characters. The Saiyan series was a real generational phenomenon and with the arrival of the Super series it returned to the center of the market.

The global success of Dragon Ball has also influenced and trained many of the professionals who today work with manga, anime and videogames. It certainly has left its mark on many members of ArcSystem Works, as FighterZ exudes love and passion from every single element.

The Story Mode is divided into three distinct blocks, each one characterized by a large number of clashes linked to each other by movies made with the game engine. This is where you will come across for the first time in Android 21, a character that is only unlocked when this mode is completed. Obviously the script is nothing exceptional, but it offers the perfect pretext to face all the cast members over and over again and, once completed, allows you to unlock the playable version of 21. 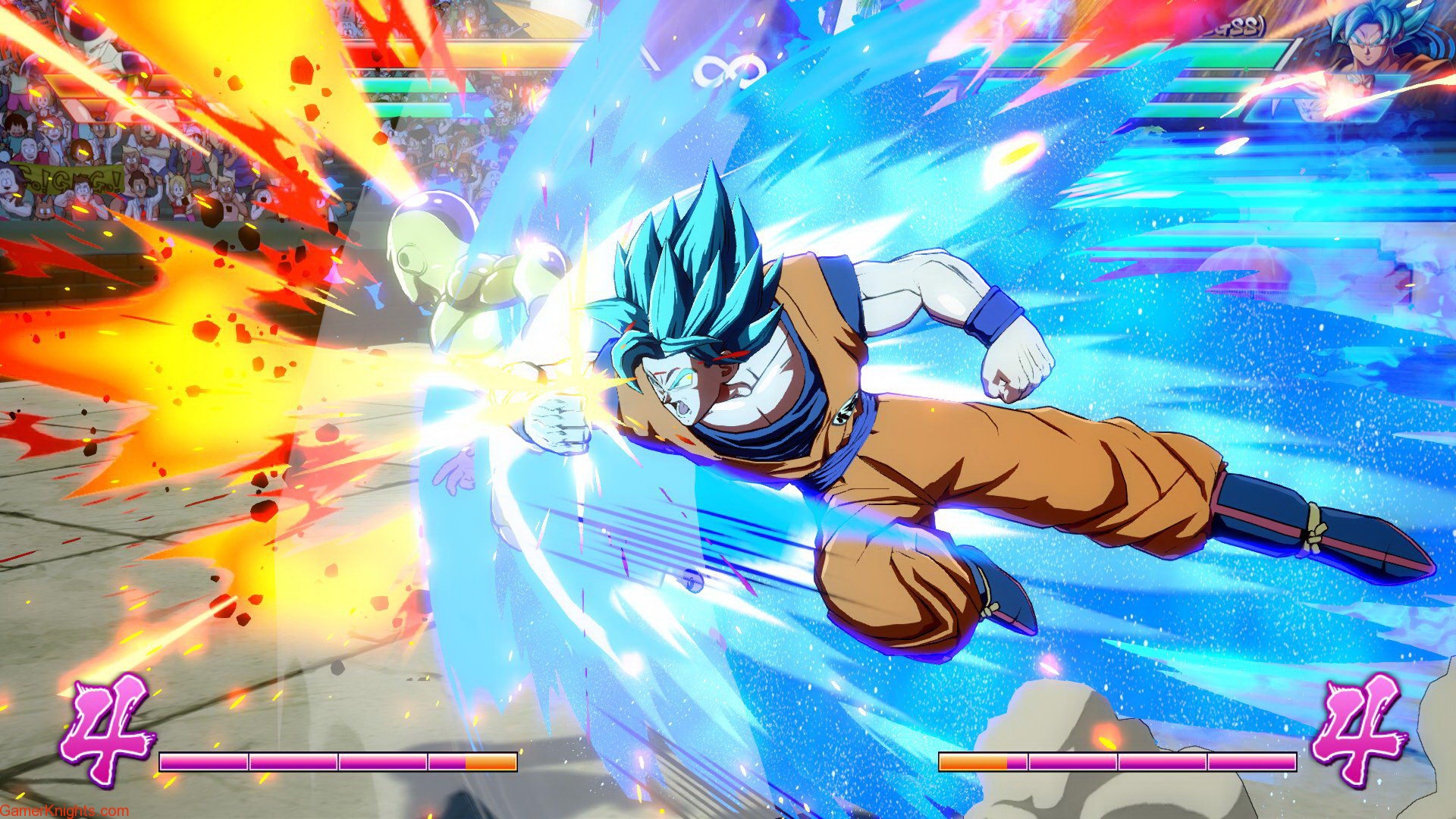 Game mechanics are a little bumpy with the collection of dragon balls. With some combos, including the famous square / X repeat, a crystal ball is added each time through a meter. Once the 7 balls are collected, the player who’s able to place a combo of squares will have a chance to choose a bonus, such as a free burst or the resurrection of a fallen partner.

But it is on the front of the combat system that ArcSystem Works has given its best. In the course of its history, the Japanese studio has realized a large number of more or less valid fighting games. Beyond the actual playful quality, what unites every single product of ArcSystem was the complexity of the combat system and the scarce accessibility for less experienced players. It was precisely this detail that prevented the widespread dissemination of excellent titles such as Guilty Gear and BlazBlue, “guilty” of offering too many tools to be exploited in battle. There have been occasions when developers have tried a more accessible approach, but even then their efforts were not enough to attract the most fearful audience. With Dragon Ball FighterZ, however, they may have finally found the quadrature of the circle.

The Bandai Namco beat fighting system boasts different levels of depth and is able to adapt to any type of player. The less experienced can rely on simple Z combos or variants proposed by the challenges of each character.

Those, combined with a chaotic handling of assists and the abuse of special moves even from long distance, are enough to ensure fun for beginners with the same degree of experience. With a few hours of practice in the training mode, however, we understand that the game offers much more. By carefully using all the elements proposed by the developers, complex combos can be created, articulated and even very tight. To do this you need a careful management of the bars, which are associated with the teleports, enhanced versions of special moves and the devastating Super, more or less powerful depending on the number of indicators consumed to perform them. Not being present the classic holds, the action of the game revolves a lot on the height from which the shots arrive. To overcome the opponent’s guard it is important to exploit high, low or jump shots (the overheads to be parried necessarily standing), inserting occasionally some impetus of the dragon, a projection that breaks the enemy guard and starts an air combo . Following the fashion of the last years, then, also in this game has been inserted a mechanics of comeback. This is the Flush of energy, which once used increases for a period of time (more or less long depending on the members still active in the team) the damage inflicted, activating the regeneration of energy. 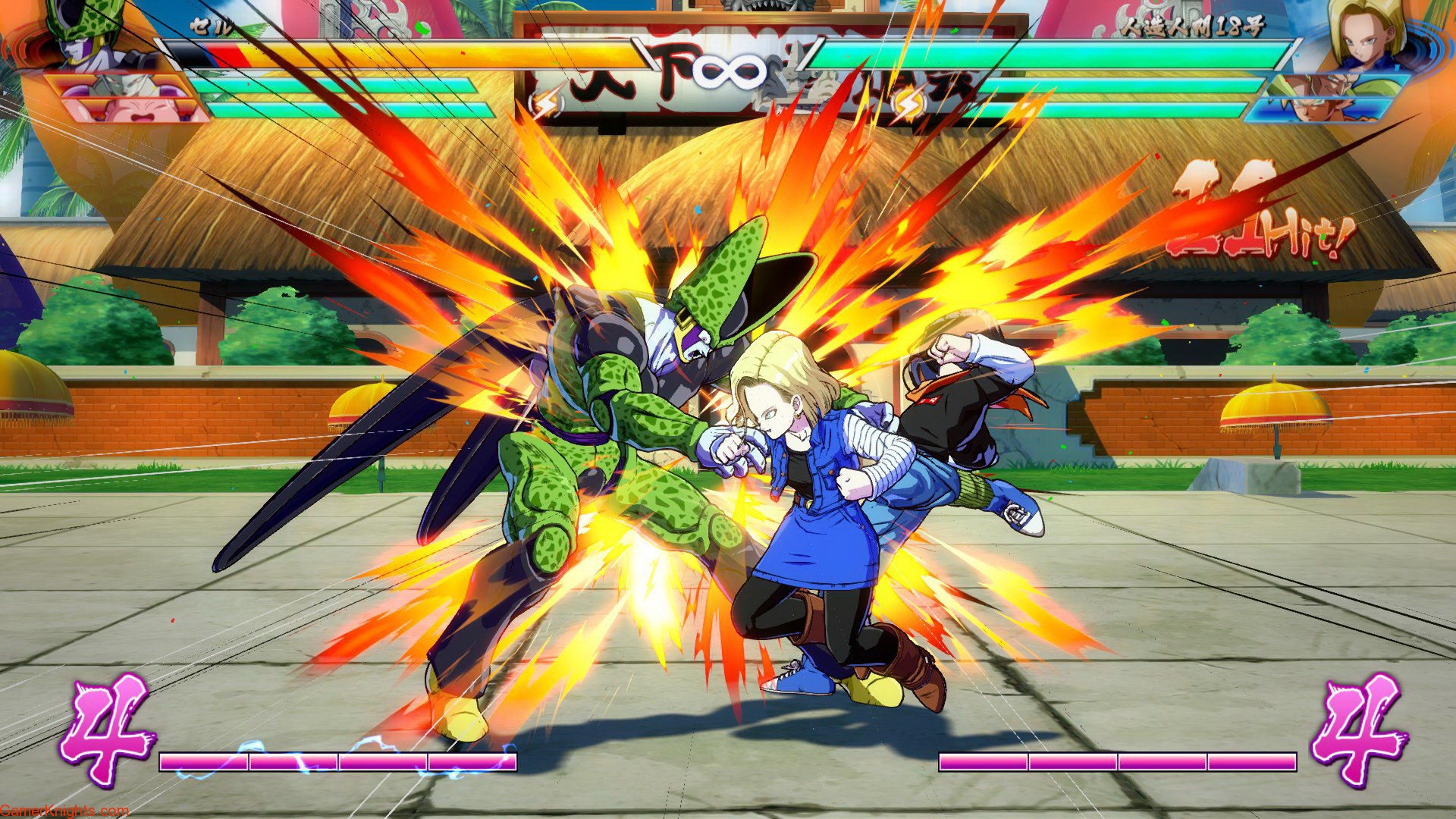 Other characters have helpful assists to prolong the combos or to prevent the opponent from continuing to attack without stopping. Others, like Tenshinhan, can cause monstrous damage by burning a large number of bars, which is why it is advisable to let them enter the final stages of the battle. The elements to be taken into consideration to create the perfect team are many and thanks to the training mode you can spend hours and hours experimenting with new and devastating solutions.