True to its appointment, as every year, this year Codemasters launches its new Formula 1 racing game – although this year it is true that we really did not know what to expect. The F1 2019 was an unforgettable experience, complete in all areas. The arrival of F1 2020 is on the one hand a welcome move, but on the other hand, and for a long time before the testing began, I had managed to create a special feeling of anxiety about whether something that is top can finally become even better, avoiding to fall into the trap of repetition.

Without evasions but also exaggerations, F1 2020 is neither radical nor innovative nor even “new”. Unfortunately, this is not a small step forward, and its predecessor is responsible for it.

F1 2020 looks too much -almost scandalous- like its predecessor,but bearing in mind that we have before us an annual update of an institution that also remained stagnant for a year in terms of change and evolution, this resemblance seems necessary.

At the risk of a prediction, these changes will come when the new generation of hardware makes its appearance on the market, and the FIA ​​in turn fulfills any promises it has made for a complete overhaul of regulations and the appearance of cars. More console power will result in a better AI, maybe even in improved physics, since the display should be taken for granted that it will be at least impressive – always judging by the work of Codemasters in this field.

Of course, all of the above are capable of derailing F1 2020 and creating a negative image, but this year’s version has absolutely nothing to fear. The title for another year continues to move at the high levels of the series, with tons of content that will keep the interest undiminished for many months. 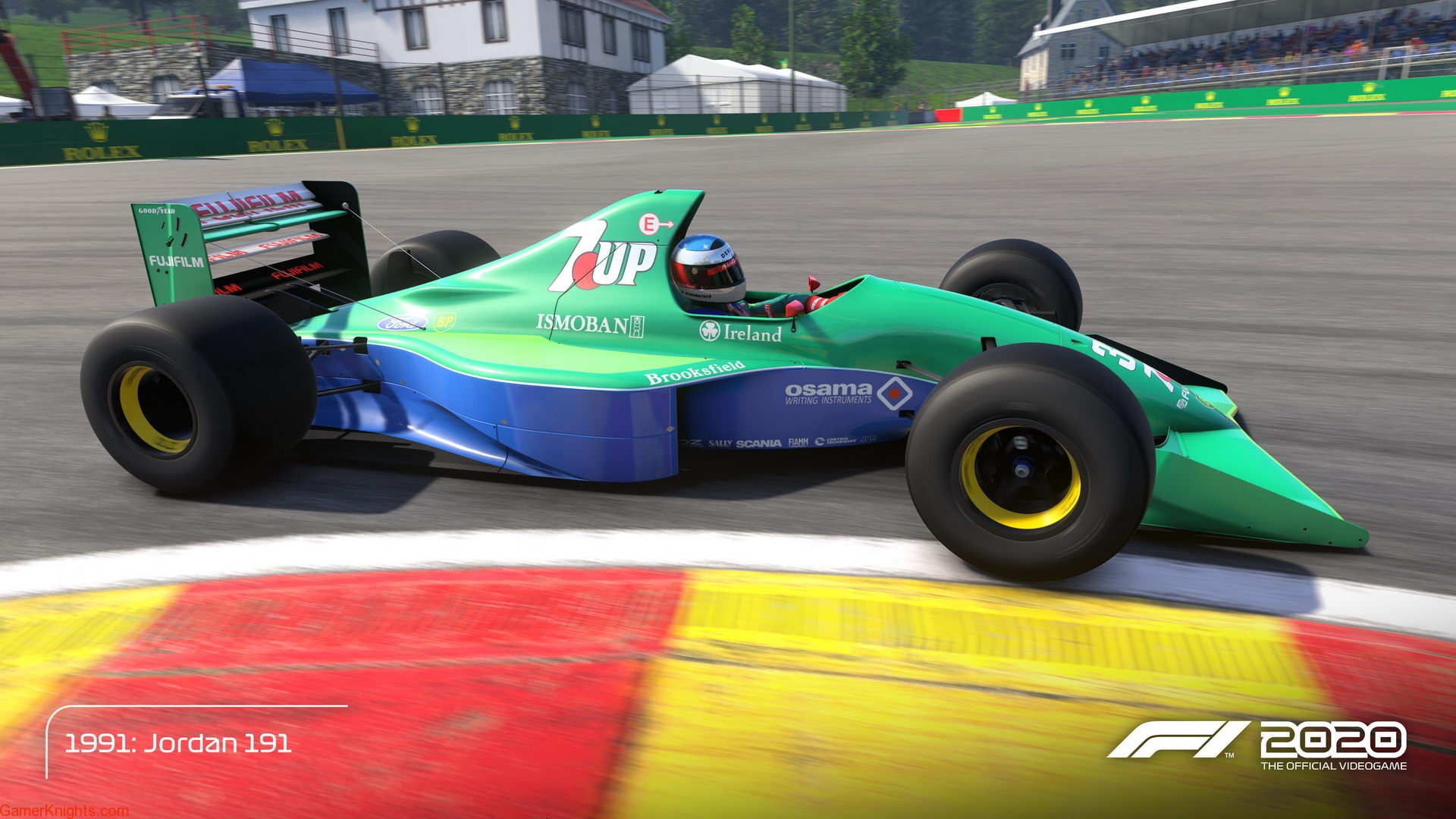 F1 2020 starts with a rudimentary introductory scene and follows as usual the creation of the avatar, both for the offline and for the online part of the title. The main menu of options is again divided into tabs this year, where the scrolling is done once again with the shoulder buttons and may at first seem a bit complicated, finally it is judged as properly structured. In a smart way and as the title days go by, the main menu screen will automatically be updated with statistics, while the available slots will show the progress in the championship, in the career mode or even in the online matches, and with a simple pressing the button the player will continue from where he was last left.

The options are once again innumerable and the initial excitement for a quick ride will be followed by sadness as the uninitiated will be off the track from the very first turn. And somewhere here begins the magical journey that F1 2020 is capable of offering, and which once again calls on the inexperienced players to arm themselves with patience, and after traveling countless digital kilometers, to dare to claim a place on the podium.

Codemasters is one of the companies that has taken racing career choice to another level, and this year, as we will see below, it takes the whole process one step further. It is essentially up to the user to decide how long this mode will last, but if one wants to see everything.

In career mode F1 2020 invites the player to start his course from F2, however a full racing year is not available. After just 3 games and depending on his performance, he will be informed about the interest of the teams from the big category, which in turn have similar requirements. The transition from F2 to F1 is rather hasty, but even so the huge difference in capacity is perceived from the first second. The modern F1 may have been blamed for many decisions that have changed the image of the sport, but no one can say anything about the modern – hybrid cars. The way they accelerate and move in the turns is unrepeatable, with the vertical force keeping them stuck to the asphalt and the electric motors,in combination with supercharged internal combustion engines, to launch them after an apex. This technology seems to have been perfectly transferred to this year’s proposal, although the evolution of a car, even if digital, is a real headache.

As usual, the player is required to move as fast as possible on the track to gain experience points. At the same time, this year -as well as last year- almost the participation and all the practice sessions are required, because some tests are appearing which in turn will help the team of engineers in the evolution of the car. These tests are not only about achieving the best time, but are based on the correct use of fuel as well as the management of tires. The research and development tree gives a first look at whether the vehicle can be improved, and the impressive thing is that even the slightest adjustment or improvement becomes immediately visible on the asphalt. 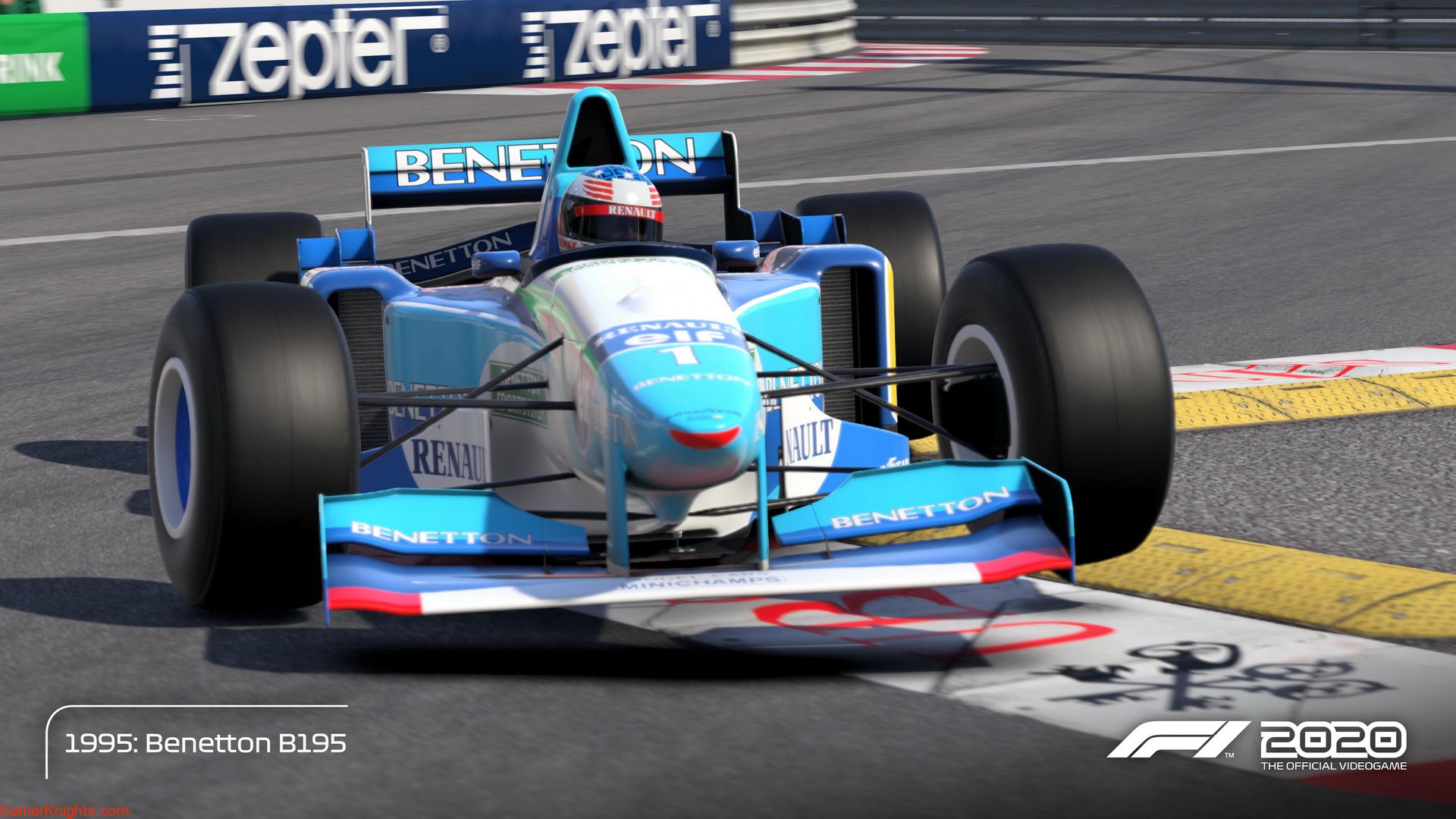 This year the player is also required to take his own risks, spending his credits, for example,in the use of exotic materials in engine valves, a solution that can prove life-saving in a single timed lap but fatal in terms of reliability.

Communication with the chief engineer will be uninterrupted, even during the match, and once again the player is required to have reflexes too fast. The race options menu that appears in real time at the bottom right of the screen is quite extensive and the player is asked to make immediate decisions even when moving at 300+ km / h. But it is this two-way communication that gives life to the title and in a smart way the player will never feel alone, but is an active member of a competitive team.

Career mode may be the highlight of F1 2020, but this year Codemasters hid another ace up its sleeve. The My Team section is quite dynamic and although in the past it had a rather discreet participation, this year it is claiming the players’ preference with backgrounds. As its name suggests, it invites everyone to deal with the management of an F1 team, apart of course from driving. Through a very informative tutorial, the player is invited to choose his main sponsor and at the same time he is informed about the budget that he is willing to invest. Usually there is a condition in the contract, and as everyone can imagine, the more money this sponsorship will bring to the team, the more stress it will fill everyone.