Far Cry Primal does some things very well, but feels a bit like a stretched-out Blood Dragon. As a full-priced game, the sum is slightly less than the total of the parts.

Far Cry spin-offs seem to be the new norm between numbered sequels. Last time, the appearance of Blood Dragon was a fantastically silly, neon-coloured homage to the action films of the 1980’s. Does this move to 10,000BC leave the game in the Stone Age?

Back in the Stone Age, things were simpler, weren’t they? Far Cry Primal wastes no time in putting you straight into the heart of some tribal warfare between the Wenja and Udam clans; the Udam being clear, stereotypical villains in this otherwise unknown environment as they’re cannibals of all things.

Some parts of the main quest are really top-notch, like the one-armed madman who refers to you as ‘piss-man’, because he literally urinates on your head, but other parts of the subtitled, cave-man language plot do fall a bit flat. But despite the mixed quality, there’s plenty to enjoy and numerous ways to continue driving the plot forwards.

Where long-time Far Cry players may struggle is the obvious lack of technology. Ubisoft Montreal try their best, giving you numerous spears, bows, clubs (and a whole host of upgrades), and replace grenades with bee and fire bombs. You can even tame animals, and have access to an owl for long-range scouting and sniping, and can tame beasts like lions, tigers (and even mammoths) to fight alongside you in combat to give you an advantage. 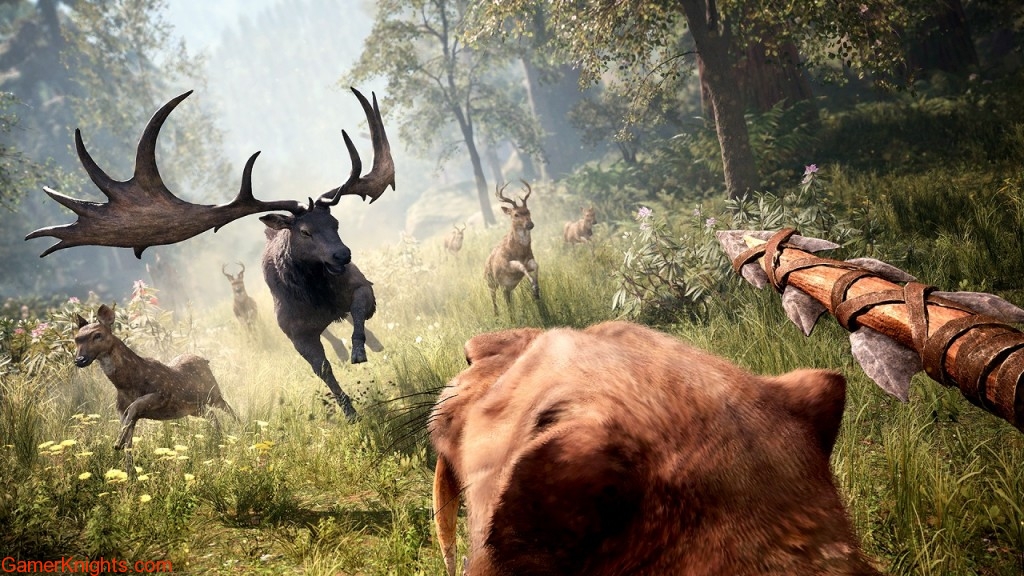 But for all the arsenal at your disposal, the combat feels a little one-note in comparison to big brother Far Cry 4. There’s no equivalent to jumping out of a wing-suit into combat or being on a mounted turret in a vehicle, gunning down waves of enemies. Playing on foot has rough equivalents to the stealthy or loud approaches possible in numbered entries, but it does feel like variety has been taken away, even with the additions and amendments to the combat gameplay.

The lack of vehicles also makes traversing the open world (even though it is considerably smaller than numbered games) much more of a time-sink, and much less enjoyable for the majority of the game. And that’s a shame, because the world is a joy to explore.

It’s also a shame that the main parts of the game – the story missions and the outposts – repeat the same kinds of content that Far Cry veterans will now likely starting to be growing tired of after 3, Blood Dragon and 4, whereas some of the side missions, which feature some really engaging set-piece battles and lengthy animal hunts are almost entirely optional. 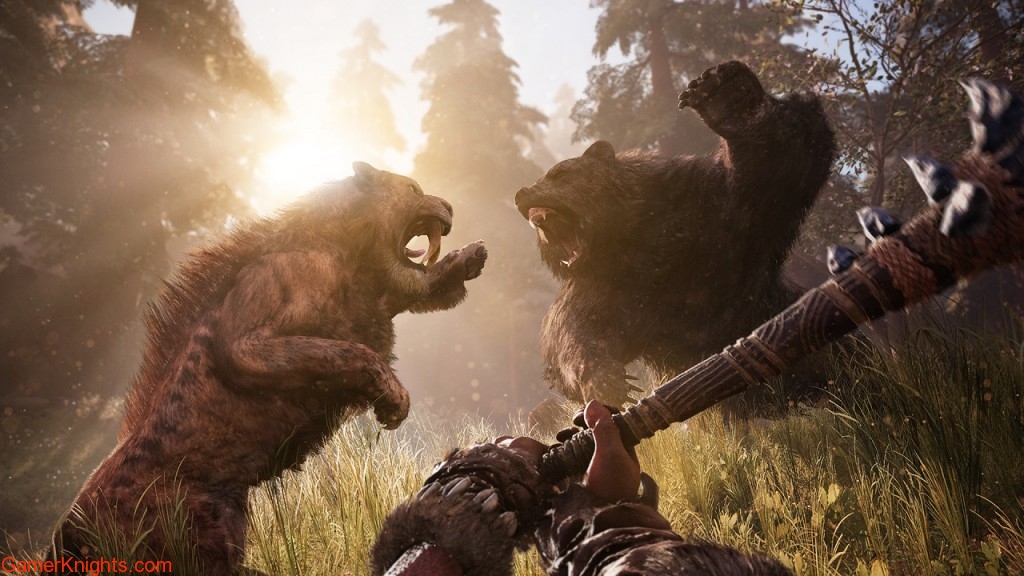 The main game can be completed in around a dozen hours, but will have you at only about 30-40% ‘completion’, showing how much is hidden away. Even then, too much of this time feels like busywork as you go about fulfilling the needs of your village rather than getting up to the coolest stuff which the game has to offer.