Far Cry Primal does some things very well, but feels a bit like a stretched-out Blood Dragon. As a full-priced game, the sum is slightly less than the total of the parts.

The crafting, whilst detailed and easy to use, is never to the same level as the survival games which sometimes Primal pretends to be; I’d much prefer for this to have been scaled back in preference for more time riding mammoths, wrestling sabre-toothed tigers and escaping from Tomb Raider-esque caves. 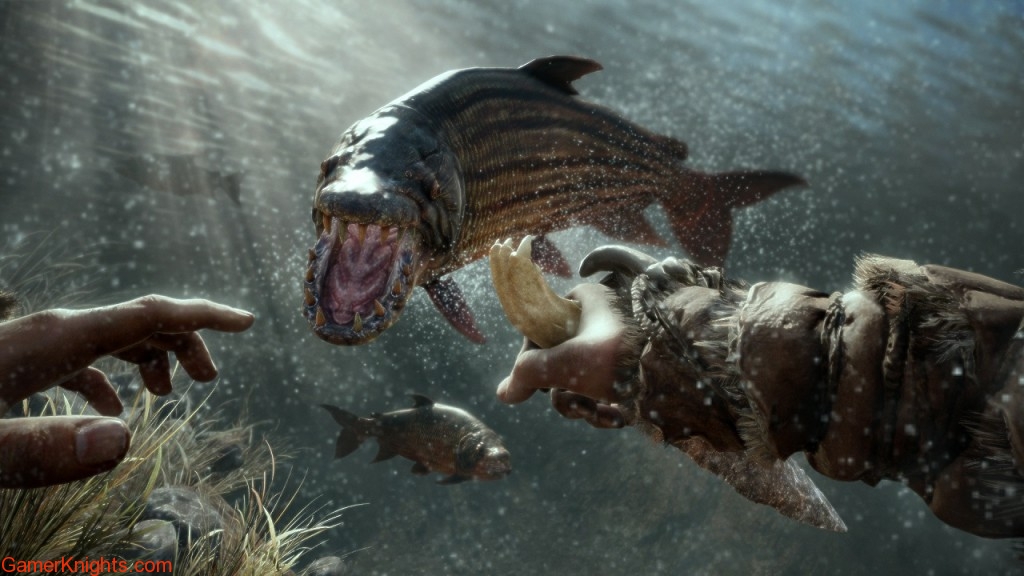 Primal looks really impressive. The open world has some nice, distinctive biomes in it, and the foliage is particularly remarkable. The game sticks to a pretty constant 30 FPS, unlike FarCry 4, despite anything the game engine throws at the screen, from large-scale fire effects, excellent bloom lighting, or post-processing trickery in some of the (now traditional) drug-induced missions. There’s lots and lots of visual variety, making it an always interesting game to look at.

And, as usual, there’s some particularly gruesome effects on display- with plenty of blood, bones and gore being rendered. 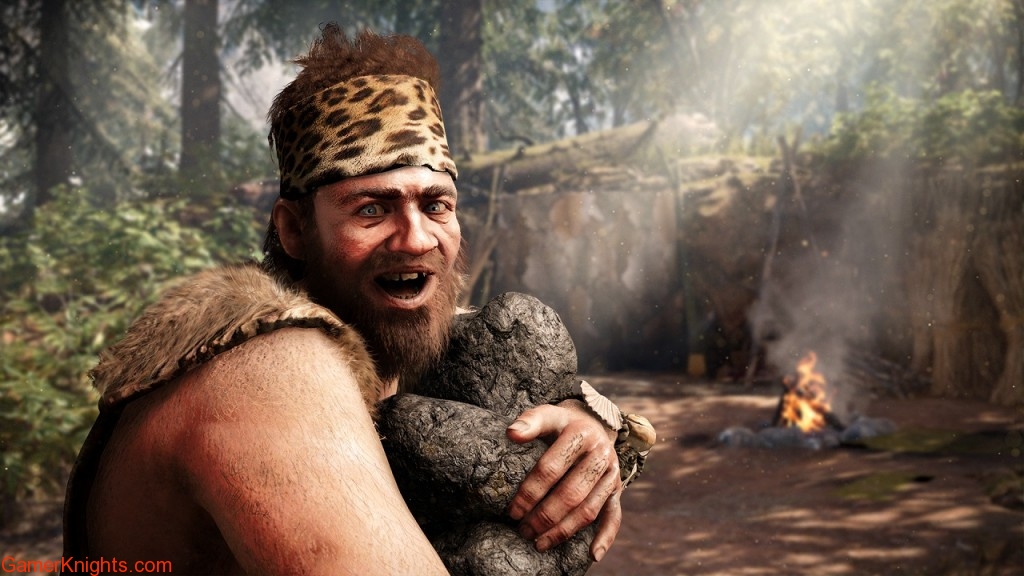 Whilst its impressive that Ubisoft Montreal invented their own language for the tribal inhabitants of their world, the reality is actually pretty annoying, being forced to read the subtitles all of the time. It also makes all of the acting seem completely over-the-top. Music and other effects are at least more subtle, and manage to impress despite being in the background for the most part.

Far Cry Primal does its best to sustain a full-price release, but the amount of content and variety, coupled with the removal of multiplayer features mean that I’d have scored the game higher if it was a reasonable downloadable or ‘budget’ title. At full price, the content seems stretched out and lacking in the right amount of variety to justify itself, which is a shame, because some of the crafting, village building and animal taming elements are superbly executed. I don’t often say it, but Far Cry Primal would have been a better game with 5 hours less content and a smaller map. Once it starts to come down a bit in price though, I wouldn’t hesitate to pick up a copy of this otherwise very different and interesting take on the open-world FPS.