The Lord of the Rings: Gollum will be available in 2022

NACON and Daedalic Entertainment are pleased to announce that they have signed a co-publishing and d...

Biomutant gets finally a release date

GamerKnights’ Game Of The Year 2019

2019, much like 2018, wasn’t a great year for me or the world in general. But before I depress you with more about Brexit or Trump, I’ll start to talk more about games.

I’m pretty sure 2017 will remain the watermark for games on this generation of consoles. Plenty has been said about how 2019 was a rally disappointing year, but I think what marked it for me was the continued drop in the quantity of big titles being released.

Publishers continue to play it very safe for the most part, and perhaps too safe. Ubisoft in particular have seen this, with very gloomy sales for both The Division 2 and Ghost Recon Breakpoint.

EA and Activision both seem content to continue with franchises only, and thus we are seeing less innovation from the major publishers.

Thankfully, with the introduction of Game Pass Ultimate, I’ve personally had my fill of great games and played several titles I almost certainly wouldn’t have done otherwise. Having said that, my time available for gaming one again decreased this year as I grow older, have a growing child and numerous other things to worry about. Fingers crossed 2020 will be a better year in all regards.

As always, I need to talk about some games I either never played, or didn’t play enough of. The most obvious contender appears to be Outer Wilds, which continues to get a lot of love. I also barely picked up my Switch, so there’s plenty I missed out on there alone. In terms of some honourable mentions, I’d like to push Trine 4, Rage 2, Untitled Goose Game, Dangerous Driving & Life is Strange Season 2 as 5 games which I really enjoyed but unfortunately couldn’t quite give a slot to on the list.

5. Remnant from the Ashes (Joe)

Remnant was a bundle of ideas crammed into one game and executed brilliantly. A co-operative, fast paced, third person shooter with design elements cribbed directly from the Soulsborne genre, I was pleasantly surprised to see everything just… work.

Whilst my initial fifteen hour playthrough was chock full of blisteringly hard moments and satisfying victories clutched sweatily from the jaws of defeat, I’m even more excited to hop back into the adventure in 2020, as the game rerolls enough content to feel genuinely fresh with each playthrough. 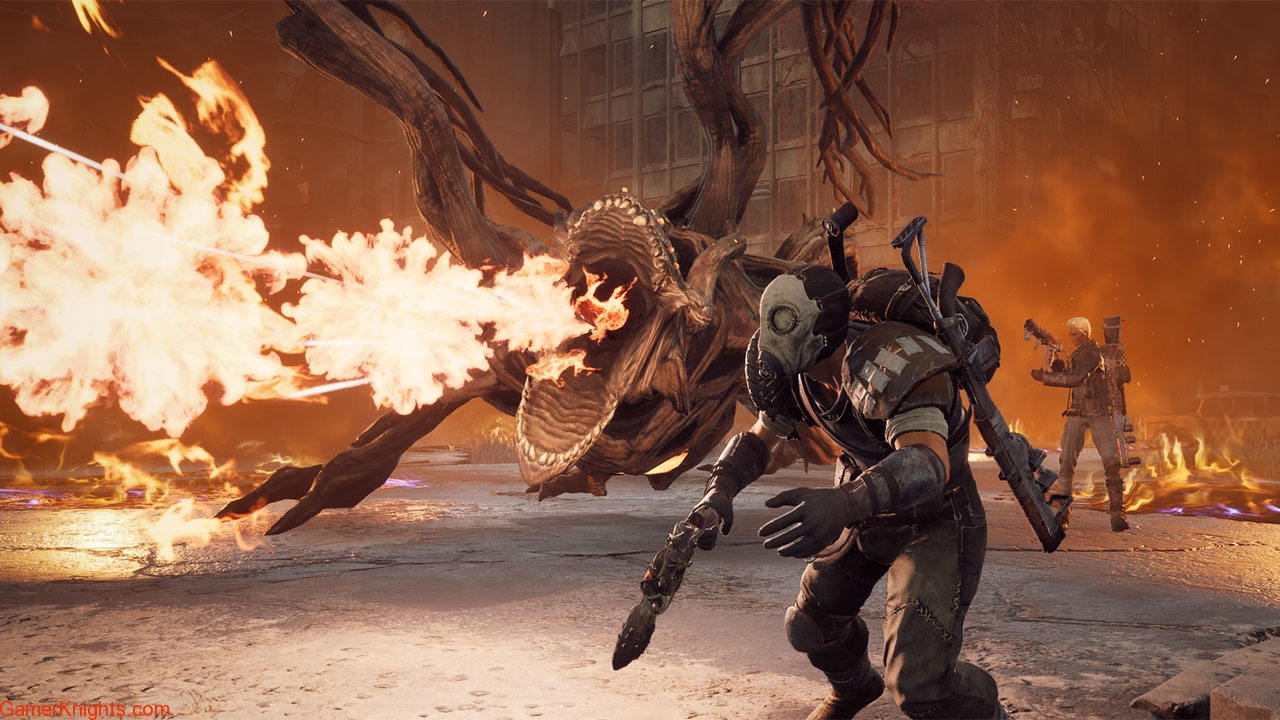 This came out of nowhere, quite frankly, but I loved it.

It seems like a year can’t go by without a racing game on my list, and Codemasters and Microsoft are the usual culprits. This year the accolade falls to Dirt 2, with Codemasters putting out one of the most complete racing games in years.

Dirt Rally 2.0 may have been released all the way back in February but I’ve picked it up during the year and want to keep coming back to it. 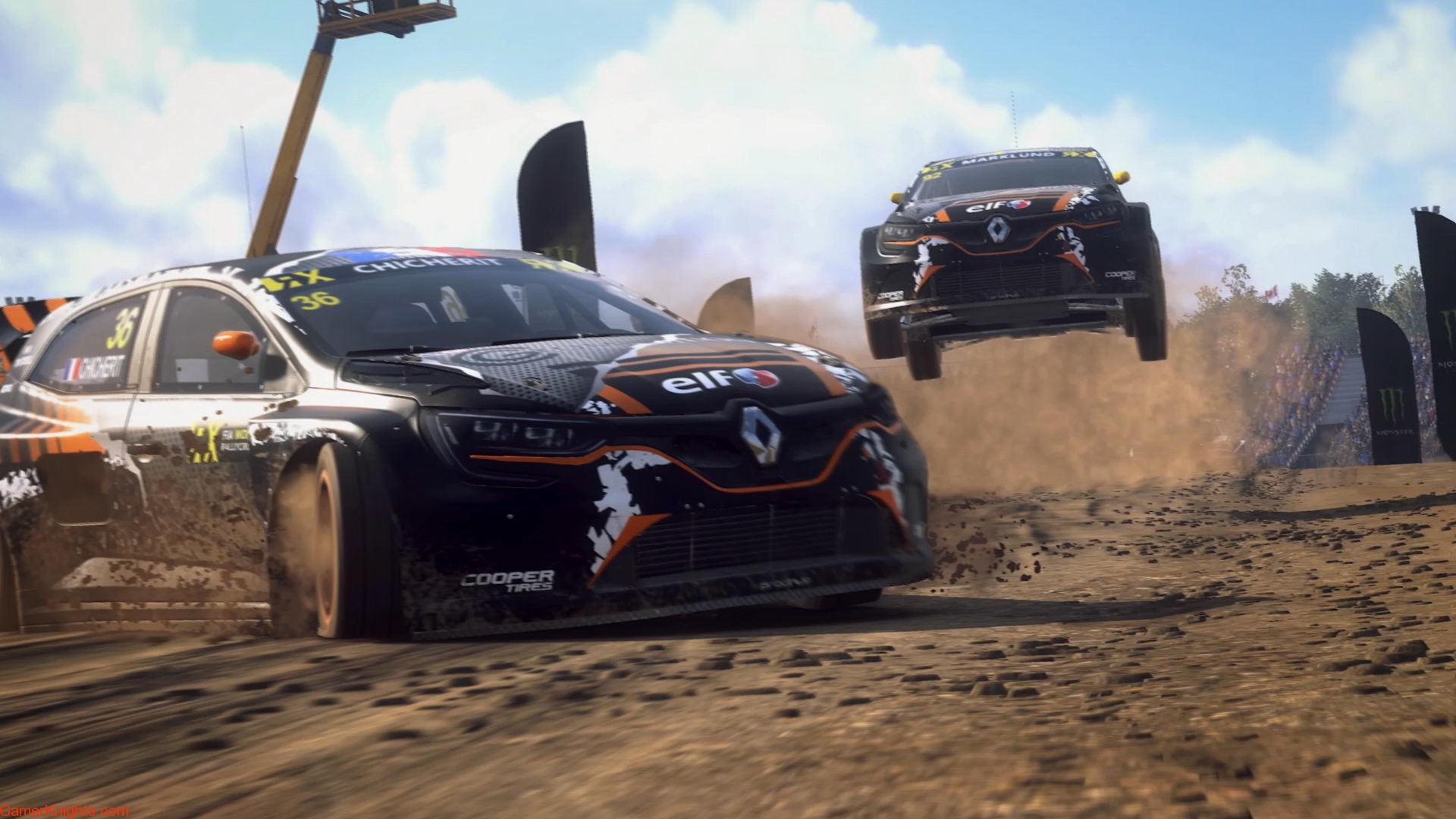 4. Bloodstained Ritual of the Night (Joe)

Bloodstained was yet another surprise, a kickstarter game I would have put good money on being a trainwreck, considering its long, controversy-ridden and rocky road to release. But instead it was fantastic – a standout in a genre its spiritual forebear popularized. 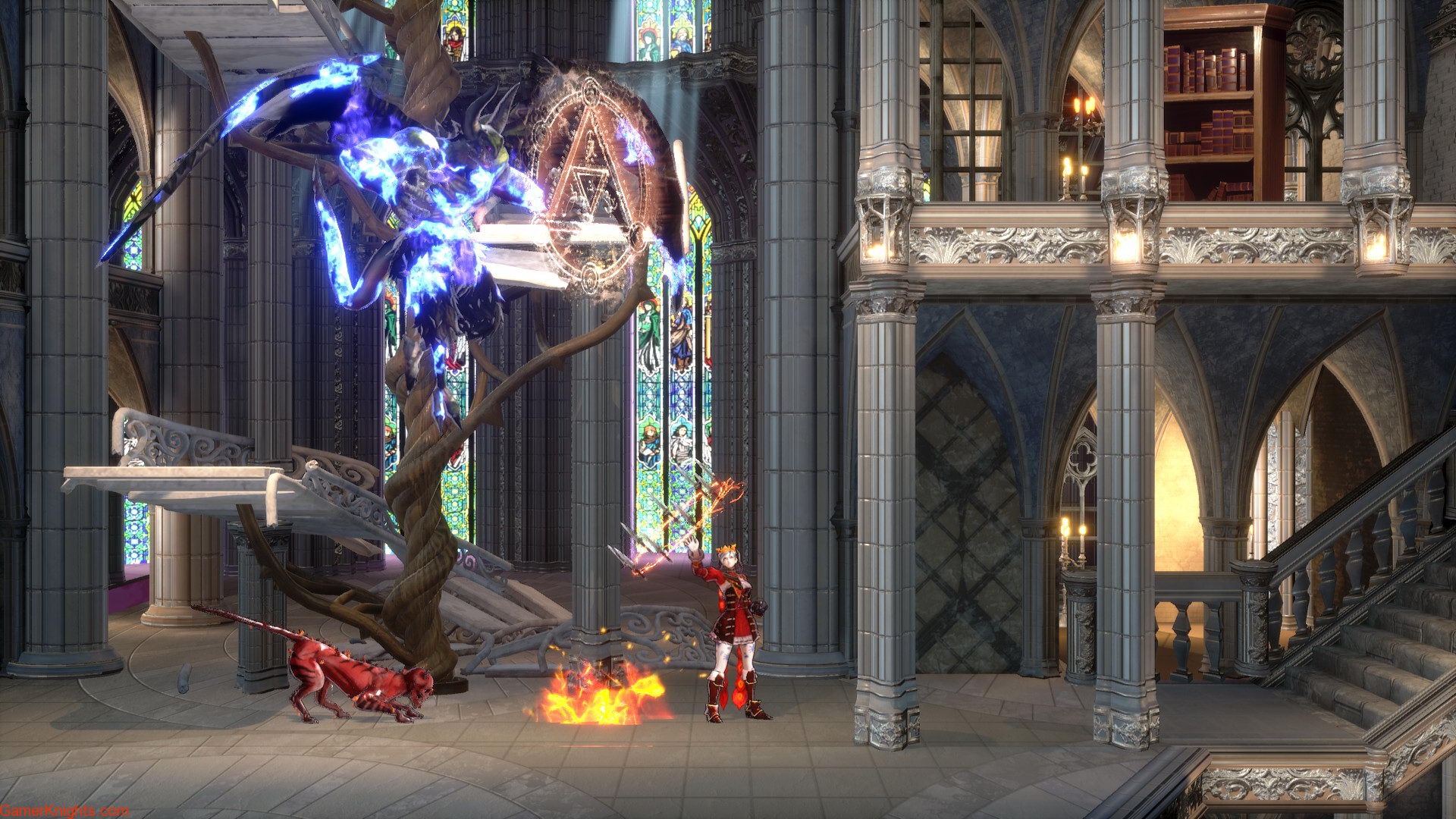 It easily stands shoulder to shoulder with some of the greats of the metroidvania mould, and should Iga and company decide to iterate further on this franchise, I’ll be first in line to fund their endeavours.

Another game from the first half of the year; Metro Exodus takes the great concept of Metro but expanded the scope significantly. The storytelling is fantastic, the open levels interesting, and the shooting tense and tight. 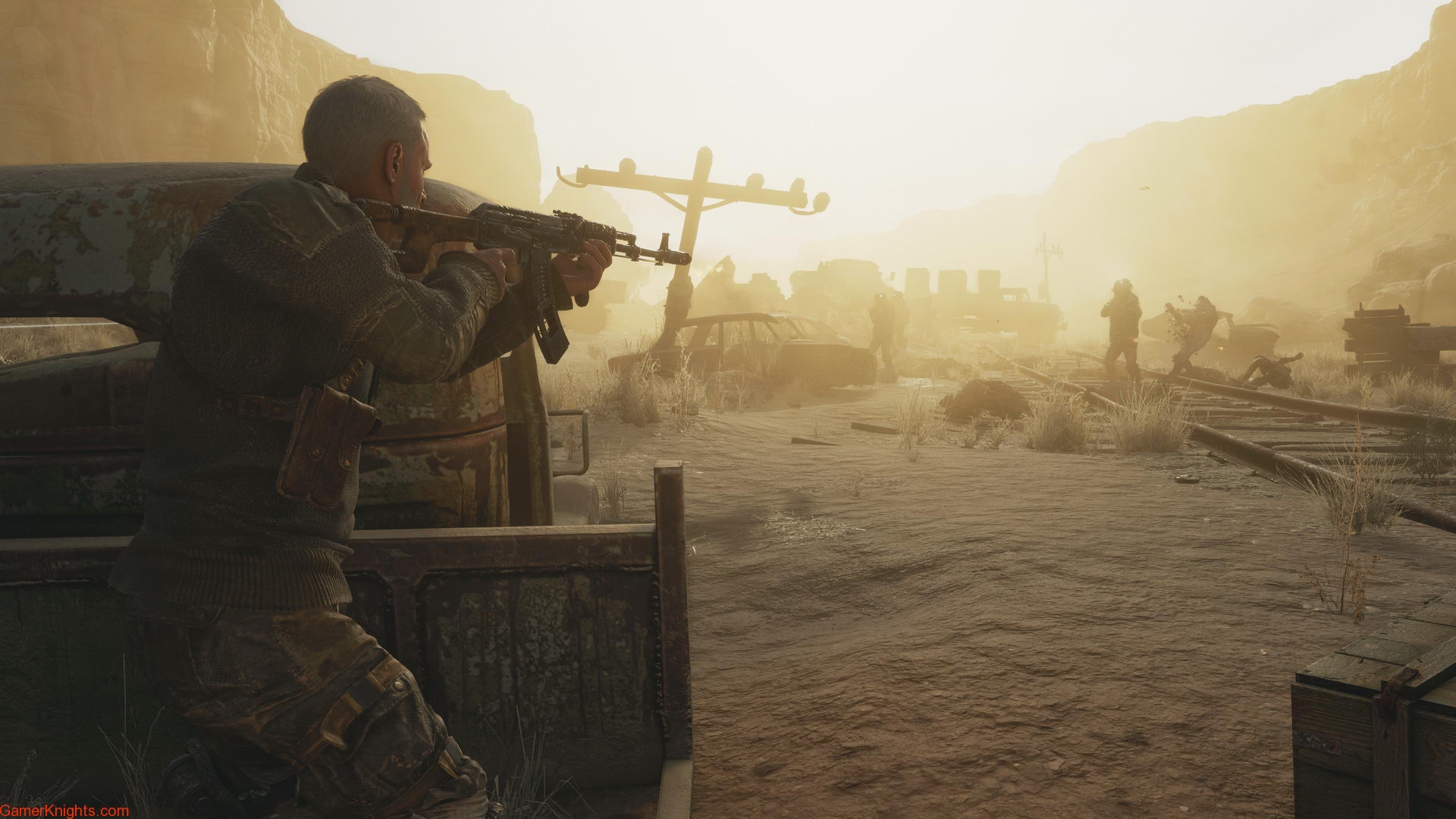 To me, this proves that single-player FPS games can be as relevant as ever, and I would thoroughly recommend anyone to play through this (P.S. It’s also on Game Pass so Xbox owners have no excuse!).

In recent years Capcom have made great strides in becoming the juggernaut of game development that they always used to be. Monster Hunter, Megaman and Devil May Cry are back at the top like they deserve to be, and Resi is right up there with them.

Resident Evil 2 was not a safe remake. Unlike the excellent REmake on Gamecube, which took the blueprints of the original and updated them for modern consoles, RE2 completely reinvents itself. Changing the perspective and, arguably, the gameplay style along with it, RE2 was a scary but action packed hybrid of the series old and new – and it somehow worked. 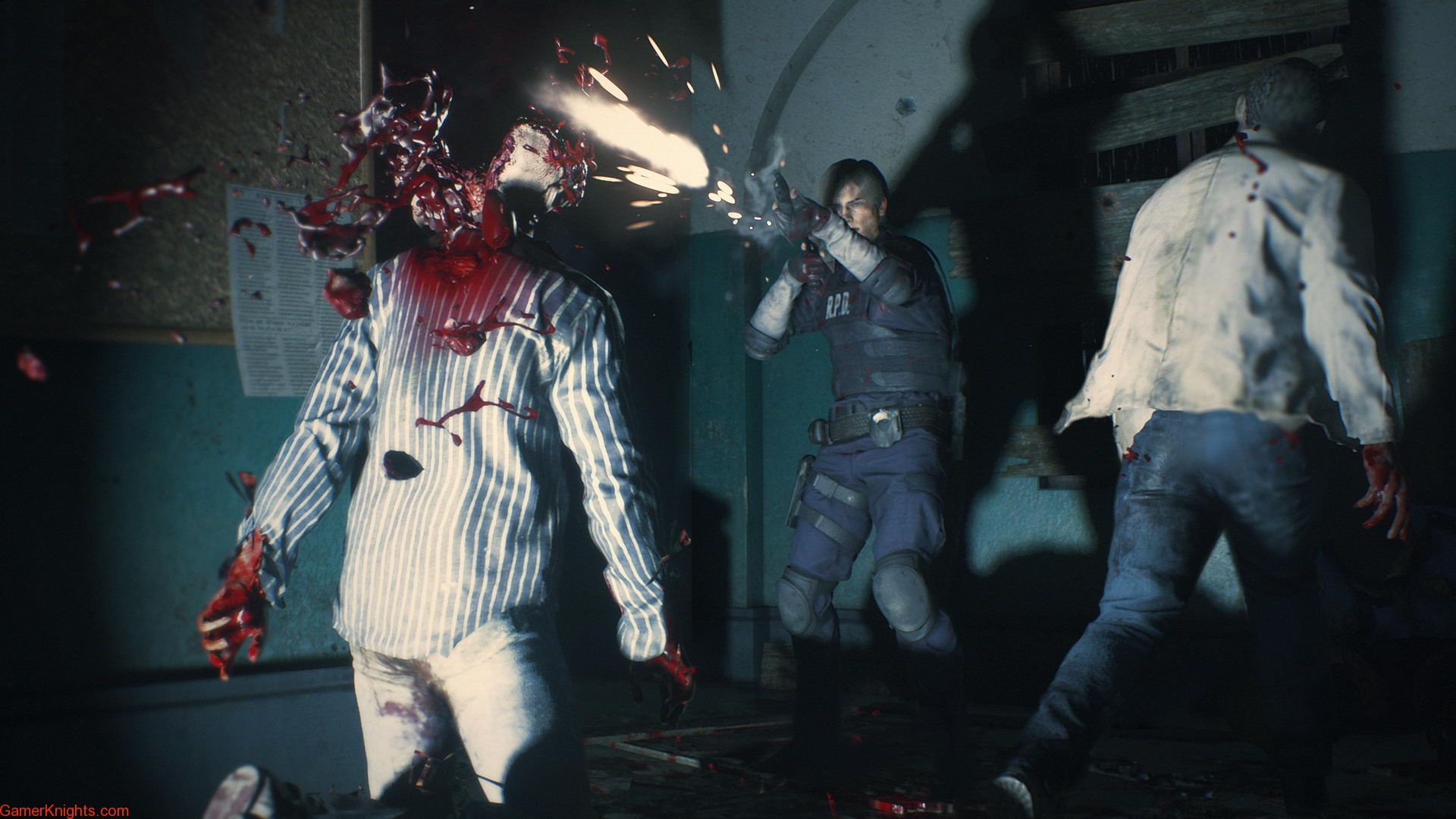 This was a heart-in-mouth experience from beginning to end, and I cannot wait for the remake of Nemesis early next year.

Star Wars games have been pretty poor for years now (and non-existent for a while) but Respawn have finally managed to crack the nut with a Souls-lite experience. Amazing graphics, a surprisingly nuanced story and great performances make for a Star Wars game you actually care about,  but then the gameplay also matches up to the presentation. 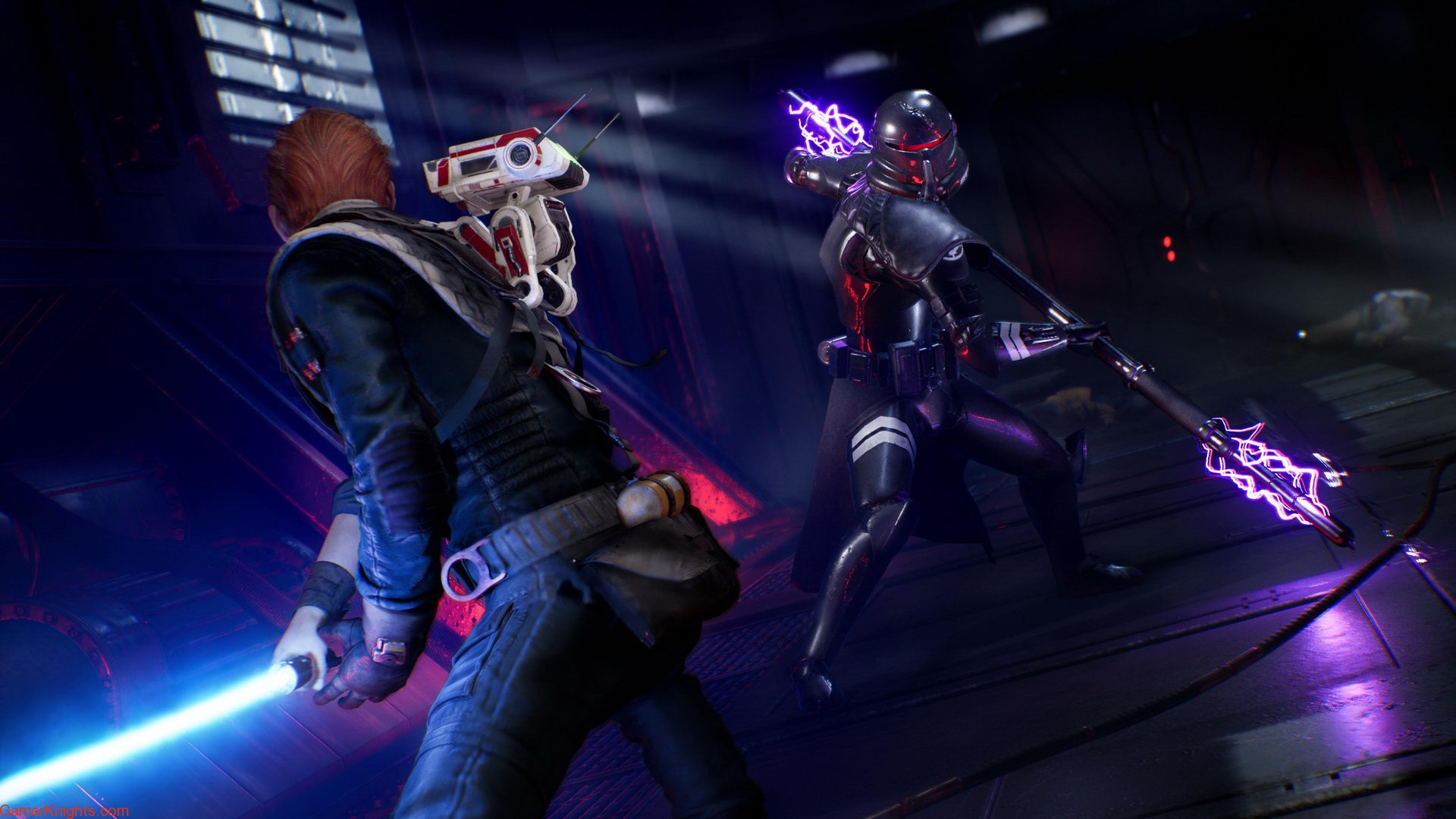 It’s not perfect – there’s no fast travel, there are some glitches and performance issues, and the last boss is way too hard, but those are relatively small criticisms of a game which I have enjoyed immensely.

In a year of surprises, Yooka-Laylee was the most pleasant of them all. The original game was an okay attempt at reviving an aging genre, but it didn’t really set the world on fire. Its sequel, the Impossible Lair, had a bit of an uphill battle, then, but it was a mountain our daring duo sailed over with ease. 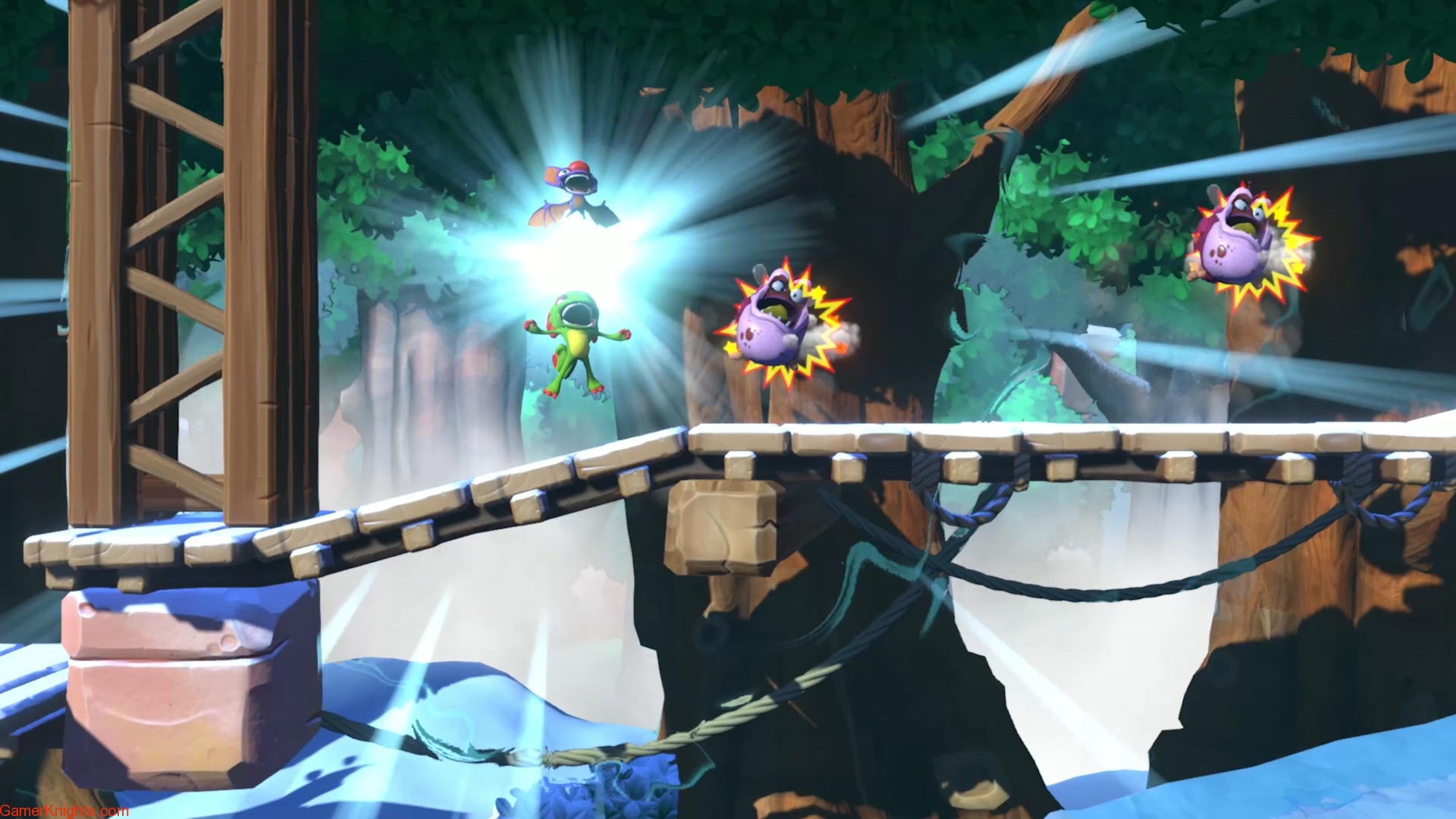 Tackling a 2D perspective rather than the 3D of its predeccesor, this content-rich, colourful and infinitely fun platformer is a confident success that threatens to dethrone the best the genre has to offer. Showcasing a level of polish and quality that were curiously absent in the lizard and bat’s debut, The Impossible Lair is a statement of intent for Playtonic. I can’t wait to see what they come up with next.

Remedy is a weird studio, but perhaps Control is the game they always wanted to make? Quantum Break clearly inspired this, despite it being a critical and commercial disappointment, and it also nods quite closely to 2000’s B-game Psi-Ops.

Somehow, combined with an at-times chintzy, at-times quite dark story, some fantastic visuals, and compelling puzzling and combat, Control was an experience which I found simply compelling. 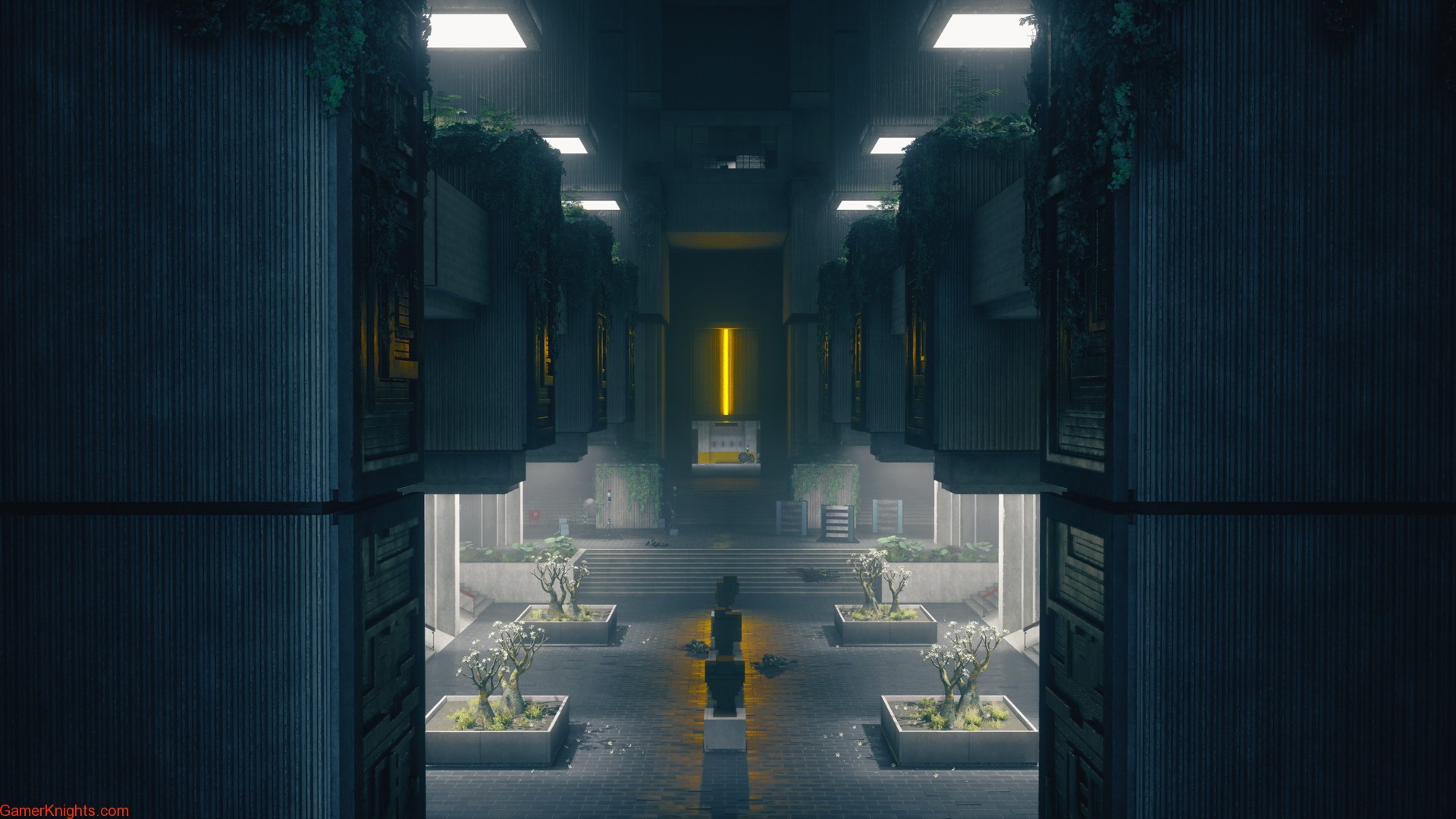 There’s nothing massively unique about the physics-based puzzles and combat, but the execution is just simply superb.

BEST GAME OF THE YEAR

Sekiro looked, for all intents and purposes, like yet another Souls game. A methodical combat-focused game that tasked you with toppling bigger and bigger badguys, teaching you with every death and slowly leading you to a hard earned victory. Whilst there’s elements of that DNA in Sekiro, FromSoft’s latest hard-as-nails action game, there was very little of the Souls skillset that would serve you in Sekiro.

Sekiro is brutally challenging and devestatingly unforgiving in a whole new way. More akin to a rhythm game than the plodding sword-and-board combat of Souls encounters, Sekiro tasked you with going toe-to-toe with every terrifying enemy and parrying each of their furious attacks. The slighest mistake saw the game over screen mock you once more, and honestly – even as a Souls veteran – I almost threw in the towel with Sekiro. I’m glad I stuck with it, because it is one of the most rewarding games I’ve played in years and a brutal twist on a genre I thought I had mastered. 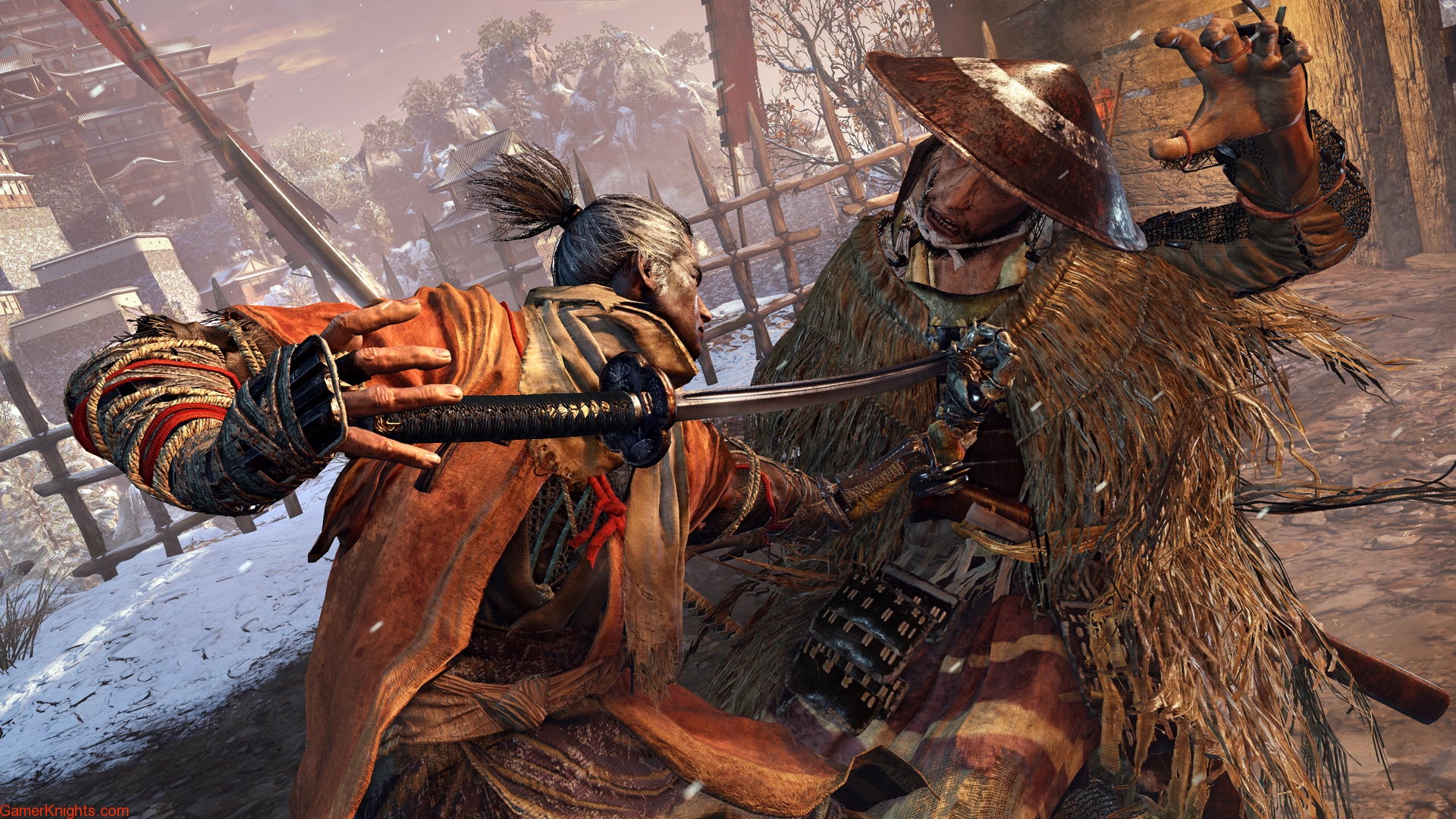 Sekiro is a brave title that looks to punish its most ardent fans for thinking they had FromSoft’s number. It consistently smacks its players in the face and not always in a fun way. But if you have that masochistic streak required to fall in love with a game this frustrating, Sekiro might just be your game of the year too.

I’m a sucker for an open-world RPG. I’m a sucker for Obsidian’s writing and storytelling. Give them a reasonable budget, a move back to 3D, and you’ve got a game which feels almost like it was designed specifically for me, especially given how hard Fallout 76 fell off the wagon and an absence of almost anything else similar over the last couple of years.

But saying these things in that way is to completely undersell the game. It’s not the longest game, but it is fantastic. There’s some amazing characters, and it’s a genuinely funny game in places. 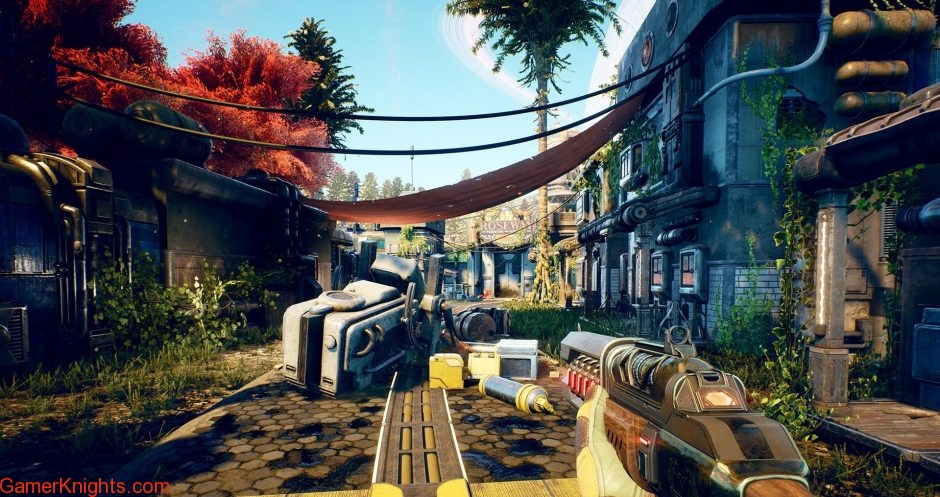 The shooting is better than anything which Bethseda have managed, and splitting up the game into large levels doesn’t feel too constraining, whilst also lessening the opportunity for open-world bugs and jank.

With a great narrative that has a lot to say about globalisation and large corporates, I loved every minute and I’m planning a second playthrough if I can.