Hi fellow gamers! In case you were wondering ‘GamerKnights’ was dead and buried … ...

2016 has been another fantastic year for gaming. Whilst the sheer number of games coming out has probably declined again, the overall quality is up – the only thing really missing nowadays is solid experiences ‘in the middle’ – everything is either big-budget, ‘AAA’ games or smaller indie titles, with few episodic titles sat as a kind-of, sort-of bridge rather uncomfortably in the middle.

Whilst that’s a shame for the industry in general, there’s still been loads of great titles this year, perhaps most notably five fantastic shooters in Doom, Gears, Battlefield, Call of Duty & Titanfall, all of whom take their respective games in new directions and improve over their predecessors in meaningful ways.

As ever, each of our main writers have listed out their own personal top five games of the year – enjoy and please leave a comment if you disagree!

Oxenfree is an incredibly special little game. Clocking in at just a few short hours, it uses every minute of its runtime to craft a tense, spooky and intriguing island mystery to explore with your chatty friends. 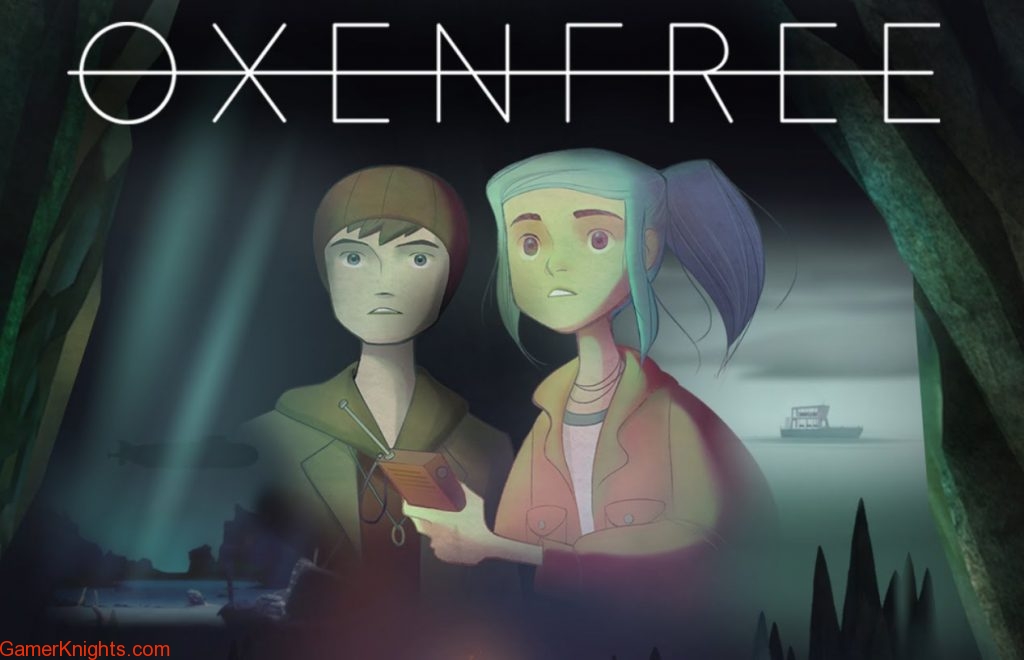 The intuitive dialogue system, that sees you cracking wise with a likeable, diverse set of teens, is the star of the show, but the fantastic music and killer art style help cement this as a title I’ll never forget.

Codemasters has put out a mixed bag of F1 games over the last few years – but F1 2016 was a huge and somewhat unexpected return to form, with genuinely interesting modes and enhancements as well as a big graphical update. 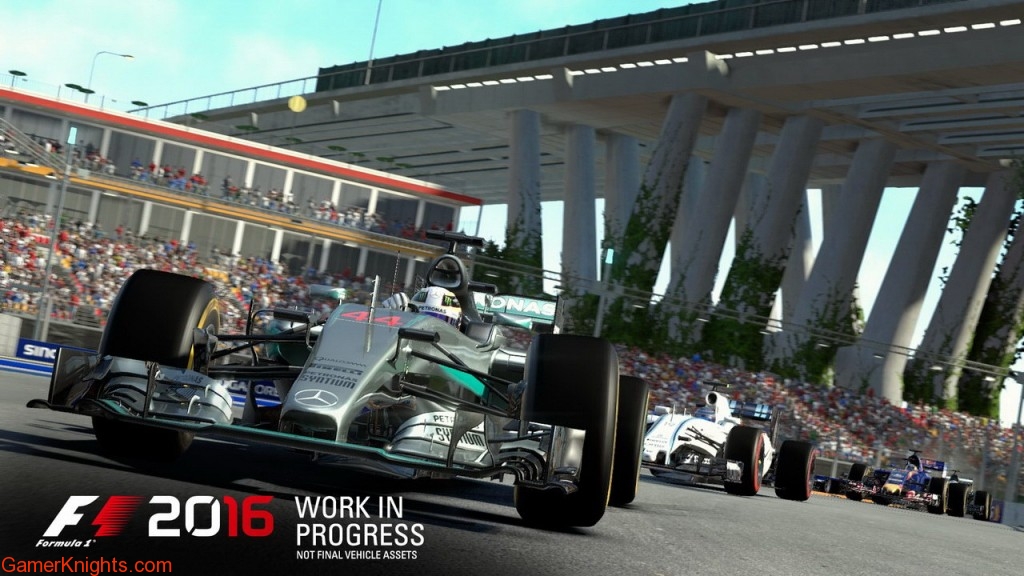 The only thing missing is classic cars – otherwise it’s pretty much the perfect racing simulation.

Uncharted 4 is a class act. Few studios would be willing to let such a popular franchise end before running it into the ground, but then again, there aren’t many studios like Naughty Dog. In Uncharted 4, Nathan Drake bows out in style and – as long as no one digs this series back up for a quick buck – enjoys a satisfying finality few franchises get to experience. 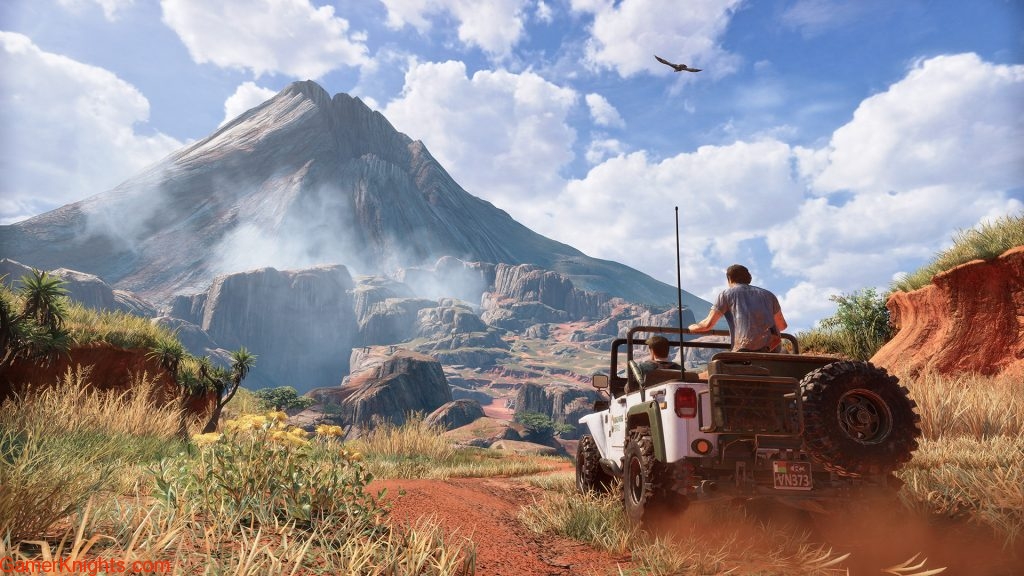 And it’s a mighty fine send-off too, achieving a harmonious balance between the strengths of its fantastic narrative and the punchy, fun gunplay that ties it all together. It’s an absolute stand out experience.

Gears Of War 4 was my highest scoring game of the year, but doesn’t end up as my favourite game. How come? The tail perhaps wasn’t quite as long as I thought it would be – the grind required to level up in Horde mode is particularly nasty, and didn’t keep me playing as long as I hoped. 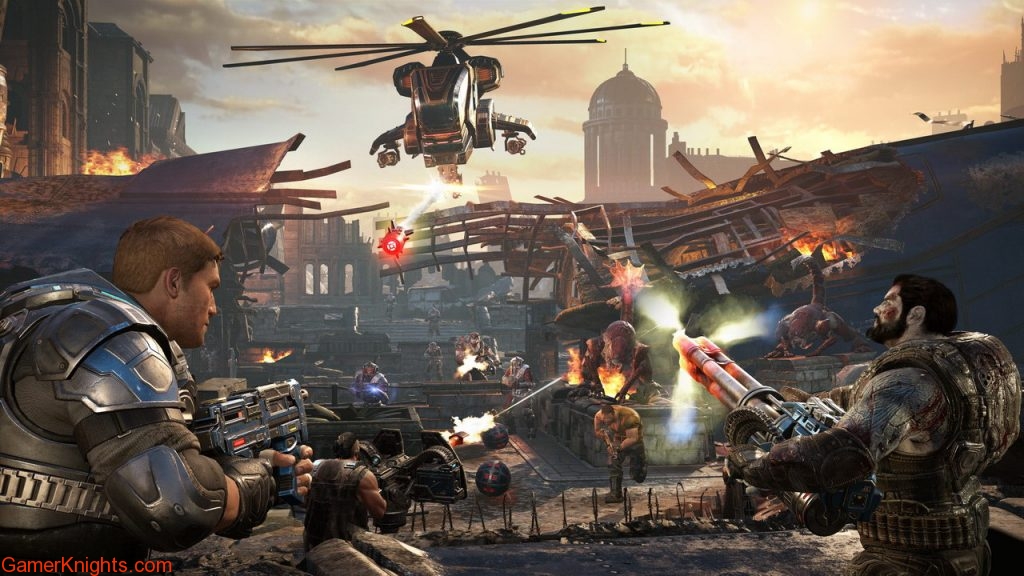 Still, it’s a great return to form for the series and is very generous with content, especially if you’re good enough to play competitively online.

I like puzzle games, but I rarely love them. The Witness had me in its snare for the best part of a week, rushing home from work every day with a potential solution to a puzzle that had me stumped the night before. There are hundreds and hundreds of the bastard things on the game’s beautiful island, all twisted variants of one simple foundation: line puzzles. Connecting one point of a graph to another should be easy, but when you have to factor in separating coloured nodes, the interplay between light and shadow, or even birdsong – well, suffice to say there’s no end to the maddening creativity on show here. 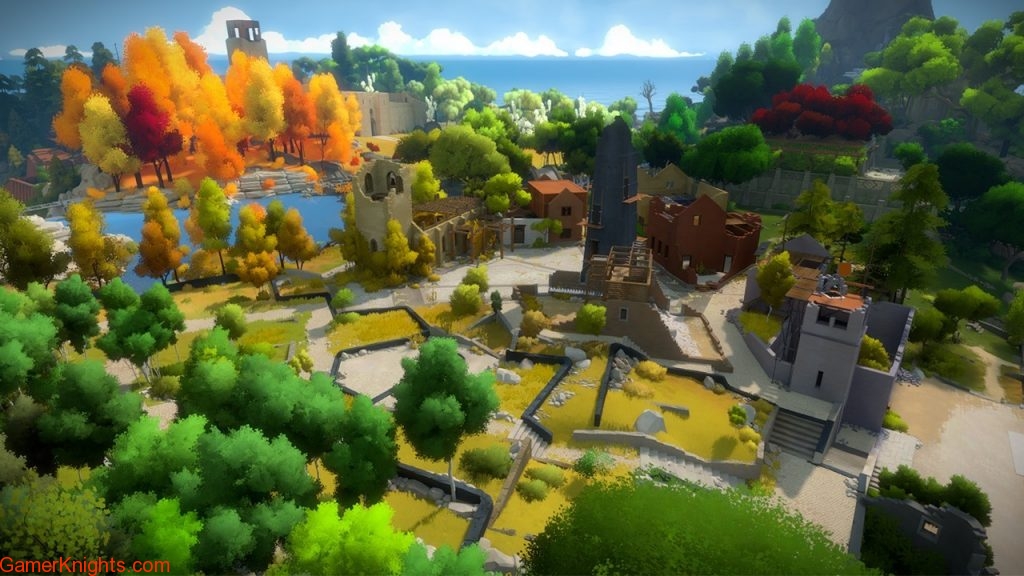 I dare anyone with even the slightest interest in the genre to give it a go, and not get absolutely, irreversible, hair-pullingly hooked.

The Doom reboot sort of came out of nowhere. Having the entire game scrapped, started again, and a dull multiplayer beta had expectations at rock bottom. But the final game is a beautiful reinterpretation of the original game, with superb pacing, enemy and weapon design and a magnificently silly storyline and premise that still makes me chuckle. 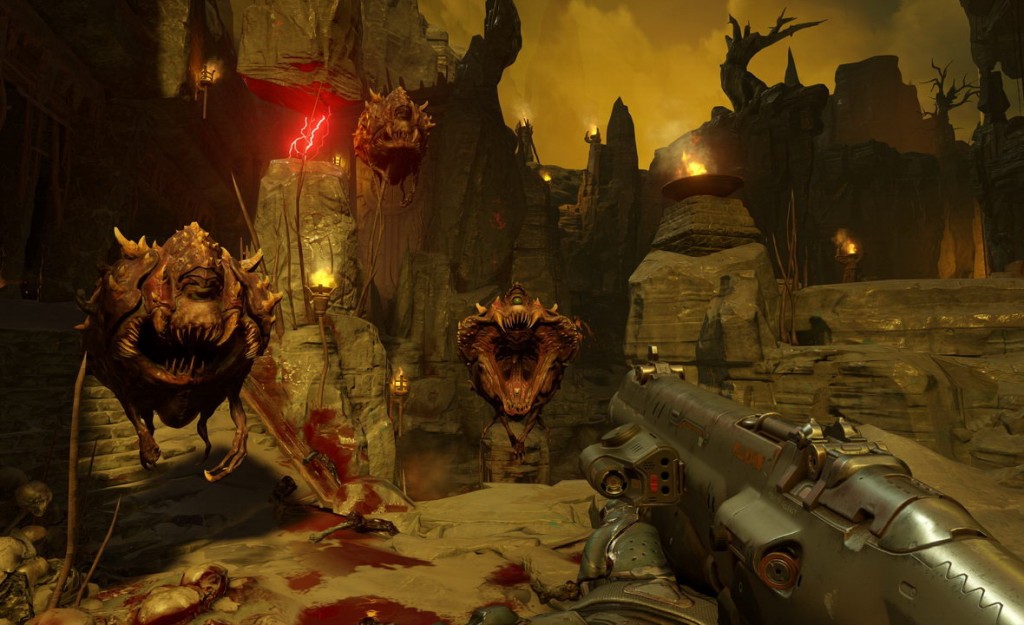 I need to play this again at some point …

If you’d read my Final Fantasy XV review, you might be surprised to see it so high up my list of the year’s best. I had a lot of gripes with what Square Enix achieved in their decade of development time. But whilst the title falls short in a couple of key areas, the sheer scope of what FFXV tries to achieve – and often succeeds – is ludicrous. With one game they’ve forced an entire genre back into relevancy.

For every misstep FFXV makes it’s countered with plenty of incredibly smart design choices that make one of my favourite series modern and fresh and fun again. More than all that though is the sense of wonder that FFXV’s best moments bestow: seeing classic Final Fantasy beasties stomping around the overworld, calling upon the help of Summons that tower above you before explosively levelling the battlefield, or even just flicking through Prompto’s polaroids at the end of a long day.

Final Fantasy XV was worth the wait.

Yes, The Witcher 3 came out ages ago, but many developers put out smaller, less interesting games than Blood & Wine and charge full price for them. Blood & Wine not only closed out Geralt’s current story with great thought and subtlety, but had really interesting new quests and locations to explore, providing dozens of hours of content for less than 20 quid. 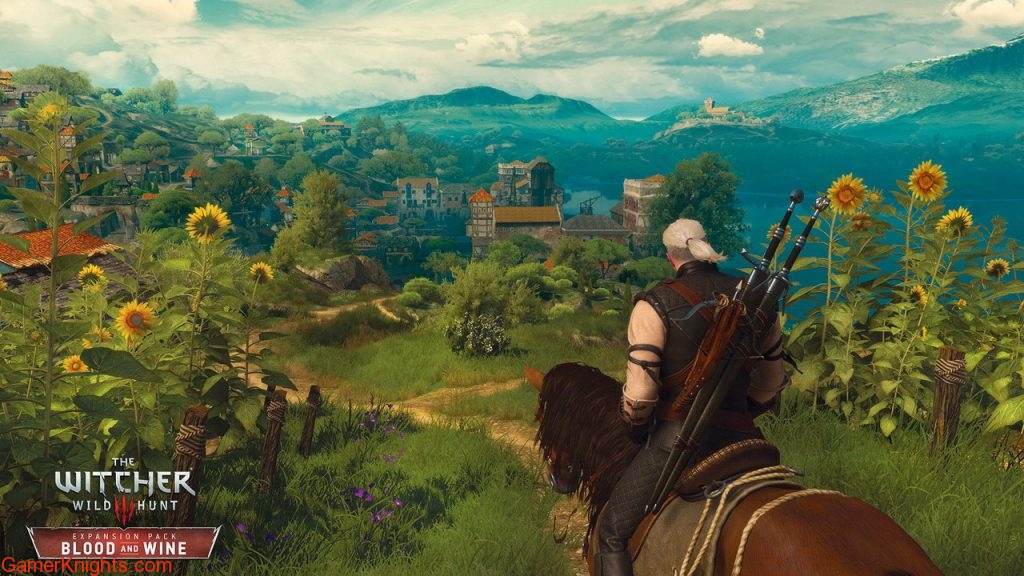 By far and away the best value piece of DLC I think I ever played, Blood & Wine would have still made my list as a standalone game – in this current era of mediocre season passes, CDPR laugh in the faces of the ‘B-teams’ putting out mediocre DLC.

Doom could have been bad. Should have been bad, even. But much like the fantastic reboot of Wolfenstein a couple of years back, a developer found a way to make classic FPS action feel badass again. 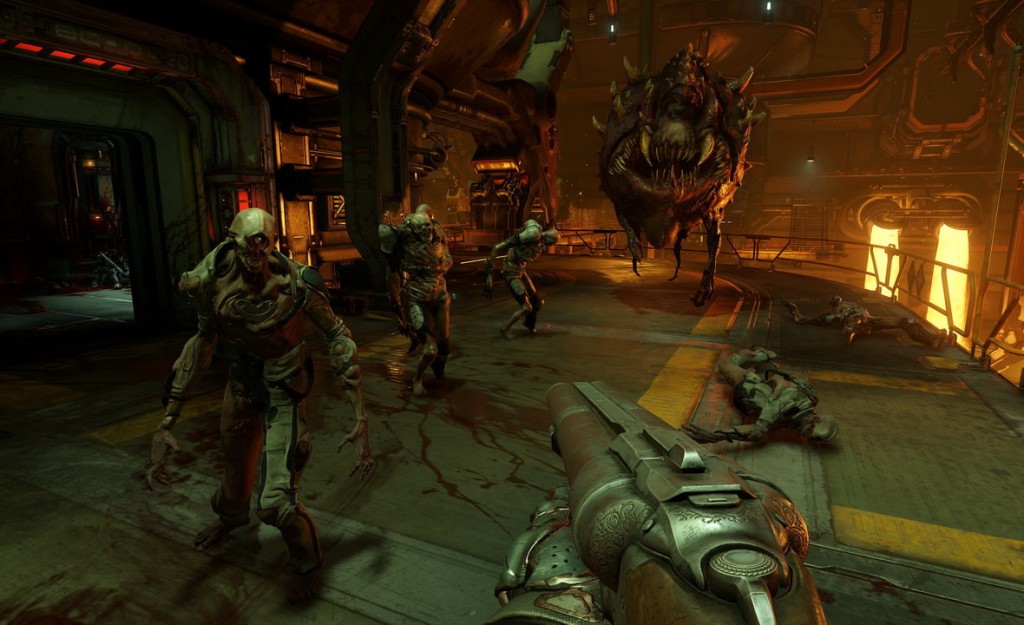 Truly, the twenty hours I spent with Doom this year were some of the most frantic and furious moment to moment gameplay I’ve ever experienced. The blisteringly fast action never lets up, the hordes of stunningly rendered demon mobs never fail to get your blood pumping and the wonderful, deadly arsenal at your disposal is never anything but bloody brilliant fun.

2016’s Doom took a single idea and perfected it, tuned every visceral mechanic, every violent kill and every hellish guitar wail to serve a single purpose: to deliver the fastest, most ridiculous shooter on the market. I’d say they succeeded, and that’s why it’s my Game Of The Year.

Forza Horizon 3 is the perfect update to two already outstanding games, and the new Blizzard Mountain expansion only adds to the excellence. 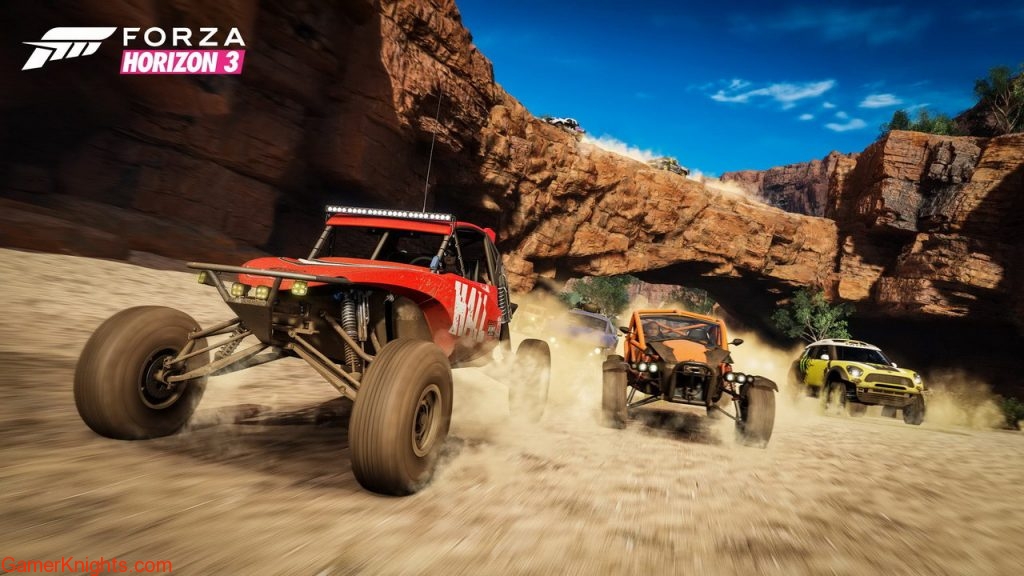 With a sublime handling model that can be anywhere between near-simulation and near-arcade, a huge selection of cars, events and a beautifully rendered version of Australia to drive around, Horizon 3 is the most complete open-road driving game I can imagine and is my Game Of The Year.

Hope you enjoyed GamerKnights GAME OF THE YEAR 2016 and we wish you all the best for 2017!

See you next year! (that’s tomorrow).