The Volta story is terrible, and there’s seemingly more ways to spend money than ever before, but ultimately the core FIFA game remains as compelling as ever.

The Journey is over and Volta is “king” – but does the addition of street football add to the ever-burgeoning world of FIFA or is it another gimmick?

“The Journey” is over, and the Volta story mode that replaces it is a massive let-down in comparison. You can choose your own character (great if you’d like to play as a lady), but the impact of the change is that everyone treats you in a significantly more generic fashion.  The cast of characters feels bland in attempt to cover just about every base possible, and the quality of the script, acting and animation all feels like a big retrograde step over the excellent progress FIFA has made over the last few years – it’s also all over in 4-5 hours as well. It all feels like what a bunch of 40-something white men in suits feels like “the yoof” will find cool.

Volta obviously plays differently too, and older players may remember FIFA Street, which is probably the easiest thing to compare the mode to. You’ll play on a smaller pitch, with 3v3 or 4v4 modes, much quicker matches, and plenty of goals, tricks, and ridiculous celebrations. There’s also a global set of pitches, from a warehouse in LA to on top of a car-park in Tokyo which add to the visual variety as well. Ultimately, Volta plays pretty well, although it can be quite annoying that some tournaments require you to win every single game to progress. 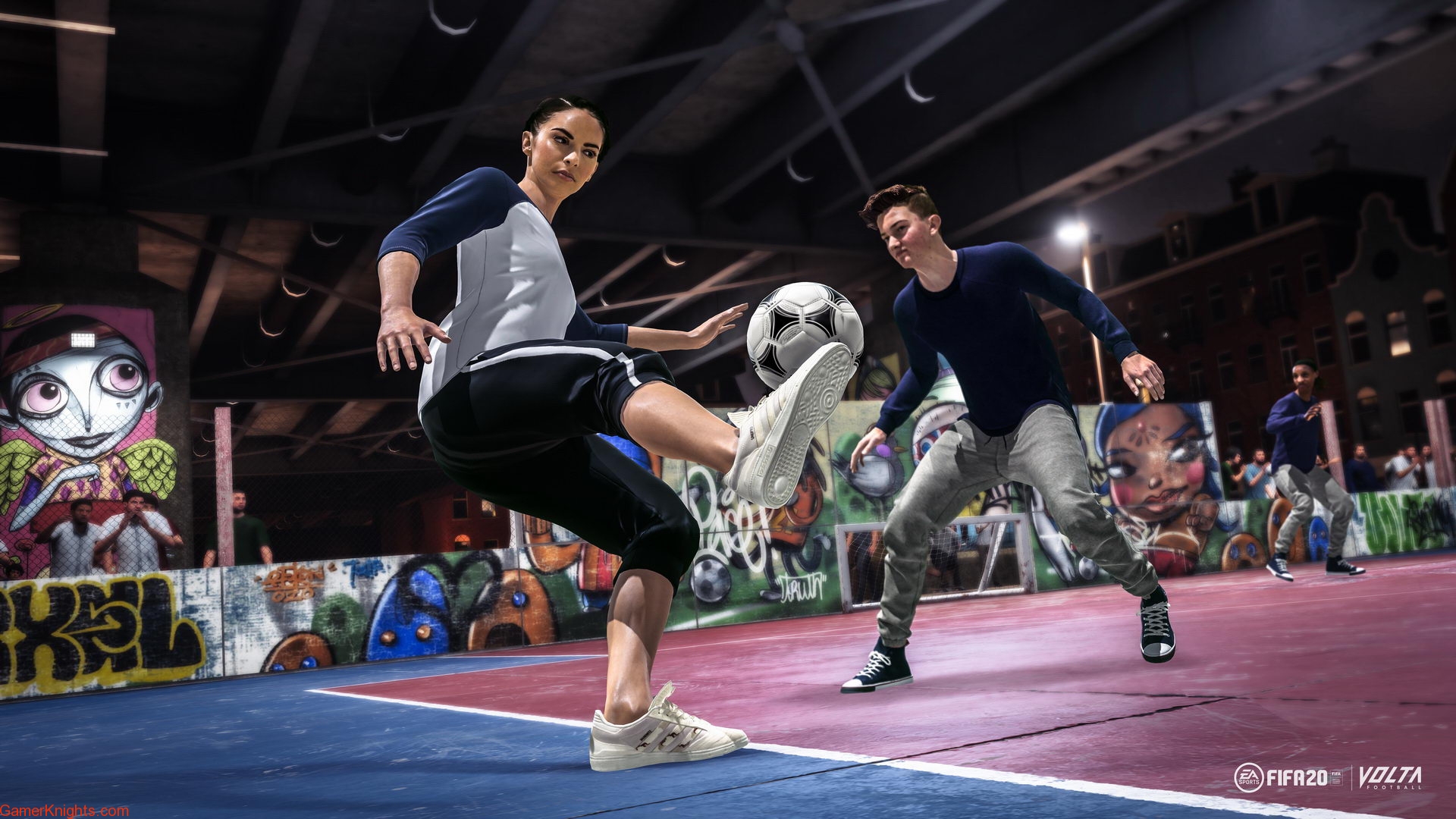 Other gameplay changes are a bit more specific. Career mode finally gets a bit of an overhaul, with some cut-scenes and press conferences that give you a bit more of a personality as a manager. Unfortunately that’s about it, and Master League still offers a little bit more as a mode.

When actually on the pitch, again, there have been some targeted areas. Free kicks are the main element which have been completely rebuilt. Frankly I’m glad about that as they had been impenetrable for years now. Remarkably, the system is now similar to games of 20+ years ago, with a targeting system and the ability to add some extra spin etc. as you wind up.

The ball feels a bit lighter than in the previous couple of games, and so you’ll need to lay off the cross and corner power a bit in comparison. It also feels lighter on the pitch, and less connected to the feet of players. This is probably a bit more realistic but doesn’t necessarily make it any more fun. 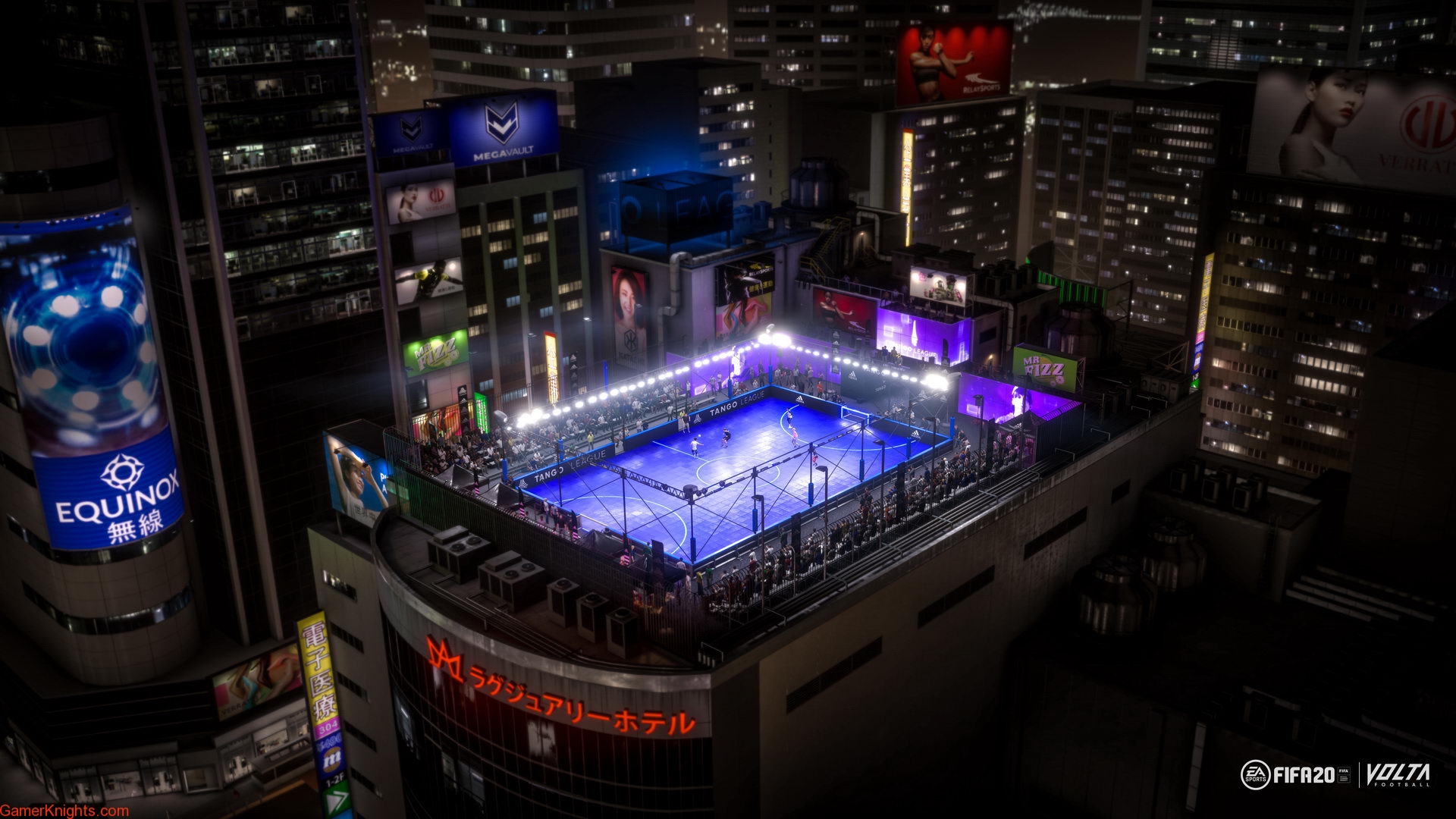 On top of that, you’ll have all the usual modes you’ve come to expect, from tutorials, tweakable rules to, of course, Ultimate Team, which is where many people will spend the majority of their time (and cash!). There’s more customisation options, and more legendary players to include, but EA has largely avoided too much tinkering here. Of course you can still buy packs here – but there is also a Volta shop, which means that there’s more way to spend money or enjoy “surprise mechanics” than ever before.

FIFA has always been strong online, and this year is no exception. Matchmaking is quick, in-game performance solid, and server stability generally good. It’s much better that the slightly archaic lobby modes in PES, and one area where EA continue to excel. Obviously you still have quitters, cheaters and abuse, all of which seem far more prevalent than in competing games, but maybe that has just unfortunately become par for the course with FIFA? 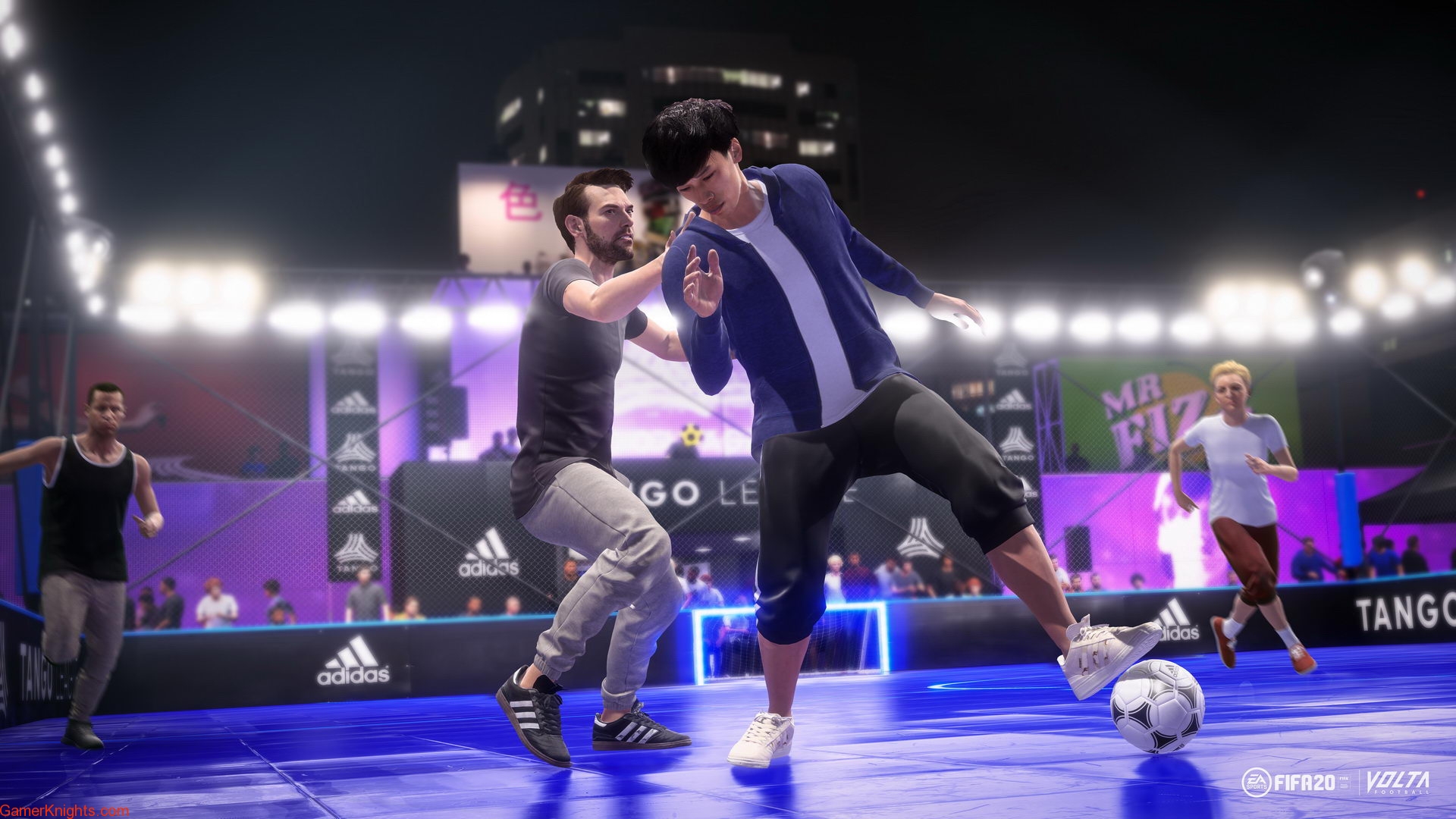 FIFA 20 is a fine looking game; fantastic even, but it’s harder to spot the changes here compared to the last couple of years which have delivered big upgrades particularly on the more powerful consoles. Certain animations have been much improved, particularly turns, so players do less jerking and generally look much more realistic. Press conferences have also been given an overhaul, and players and managers look a bit less dead-eyed than previous iterations, but like the gameplay changes, it feels like the pace of change has slowed at the tail end of the generation and more resources are presumably being pushed into FIFA21 which will inevitably appear as a cross-generation game on the new consoles. 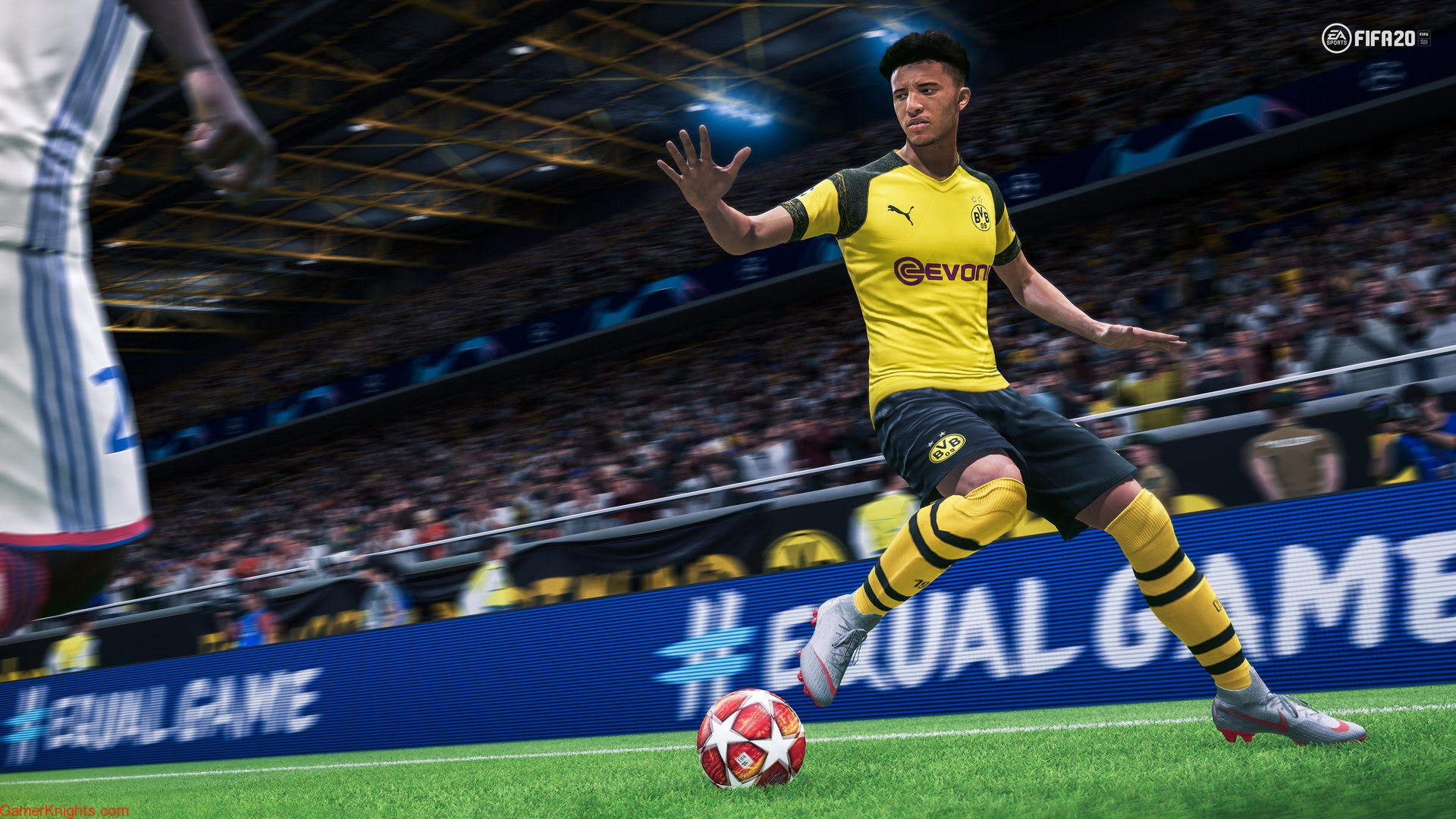 From an audio perspective, again it’s a shame that things haven’t stepped forwards as much as you like. I complained last year that the commentary felt like a downgrade, and whilst there are some small improvements, you get the feeling that much of it has been recycled from the last year or two, and little else has been done to improve stadium atmosphere or other areas which have received quality of life bumps in the last few games.

FIFA 20 very much feels like an interim release; one that required enough changes not to have the “legacy edition” slapped upon it, but one that was never going to rock the boat too much at the end of a generation. There’s nothing offensive or awful about the game, but Volta is perhaps a reminder of why FIFA Street was a separate game given how much it diverged from the core gameplay. It’s also just one more way to prize a few more pence out of the player too. Ultimately, FIFA 20 is a solid game in a solid series, it’s just the least compelling upgrade of the last 3-4 years.