Final Fantasy VIII gets another chance to step out of the shadow of its predecessor.

Final Fantasy VIII is a wildly divisive game. It was always going to be, considering it was the sequel to one of the most beloved and important video games ever released. In the decades since its release, it has found its fair share of diehard fans, but it’s always struggled with the legacy of the behemoth that proceeded it. Now, as the shadow of Final Fantasy VII looms once again as next years remake draws near, Final Fantasy VIII goes up to bat.

For the longest time it felt like Square Enix had forgotten about Squall, Rinoa and the rest of the crew. As they dipped into their back catalogue time and time again to pump out HD rereleases, FF8 was consistently passed over. So it’s really great to see my personal favourite finally get a proper treatment, making it accessible for the first time in forever. Yes, it’s true, I’m one of those weirdos that claim eight is better than seven – because, lets face it, it is – and I’m so happy to see the beautiful cast – especially Quistis – receive a long overdue coat of paint. 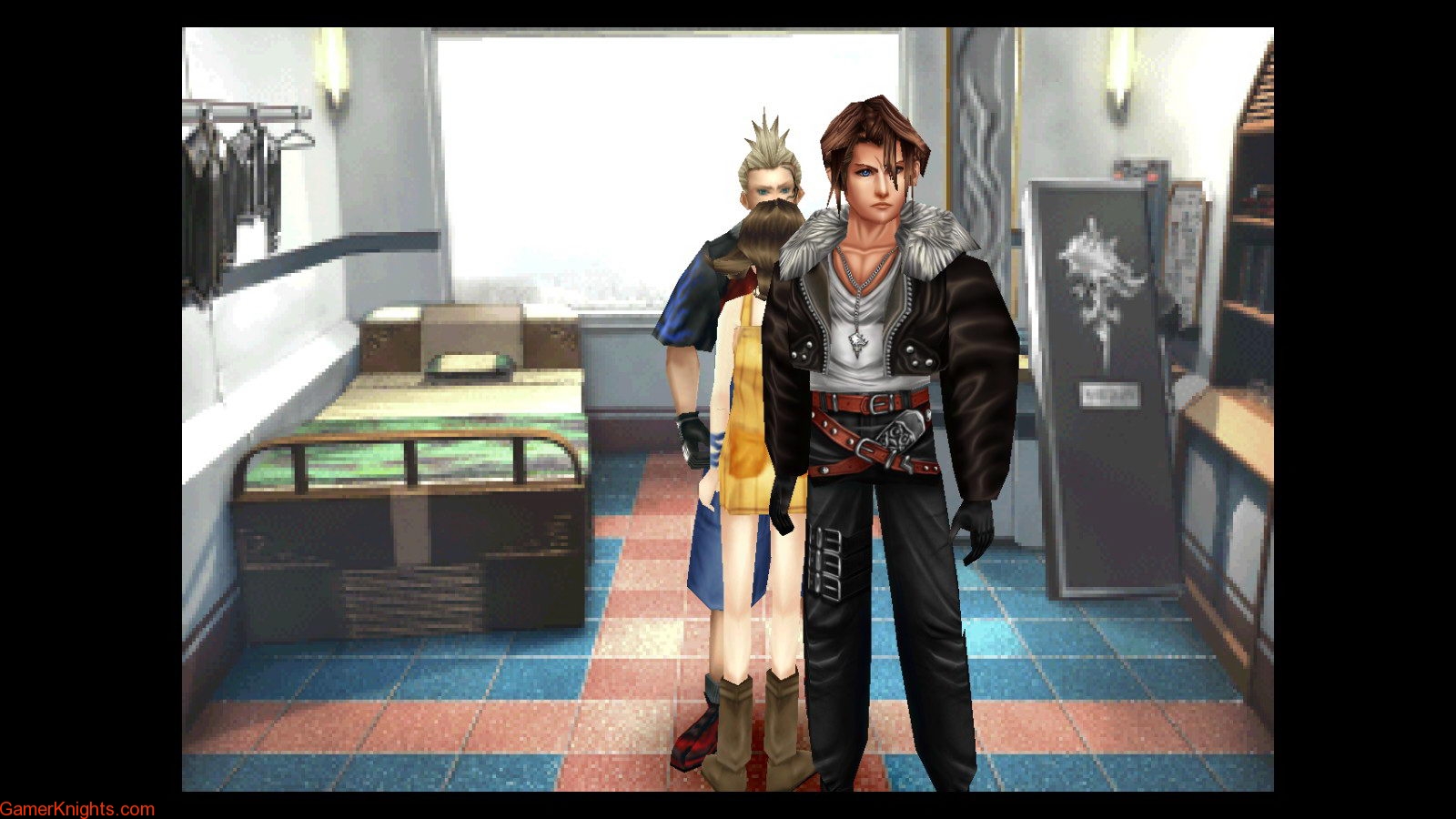 As Final Fantasy VII Remake is currently ballooning in size and scope, and looking harder to wrangle than ever before, it’s understandable that VIII’s rerelease is far less ambitious. Here Square Enix have decided instead to bump the resolution and rework the character models entirely. It’s understated, but it results in exactly the game you remember, without having to look at those pixelly sprites ever again. The character models are the real winners of the package, in fact, and make a world of difference as you journey once more through Balamb Garden and beyond.

It’s a shame that the pre-rendered backgrounds haven’t had a similar HD facelift, as the crystal clear characters stand out like a sore thumb against their muddied look. In fact, it’s the only part of the package that doesn’t feel like its been modernized, as the menus and UI have all received a sharp new look. Regardless of the missed trick when it comes to the backgrounds, all of this makes FF8 feel like home, rather than being a world apart from the game I grew up playing. Whilst Final Fantasy VII Remake threatens to be a beast of a completely different nature, this is the title I grew up playing, for better or worse. 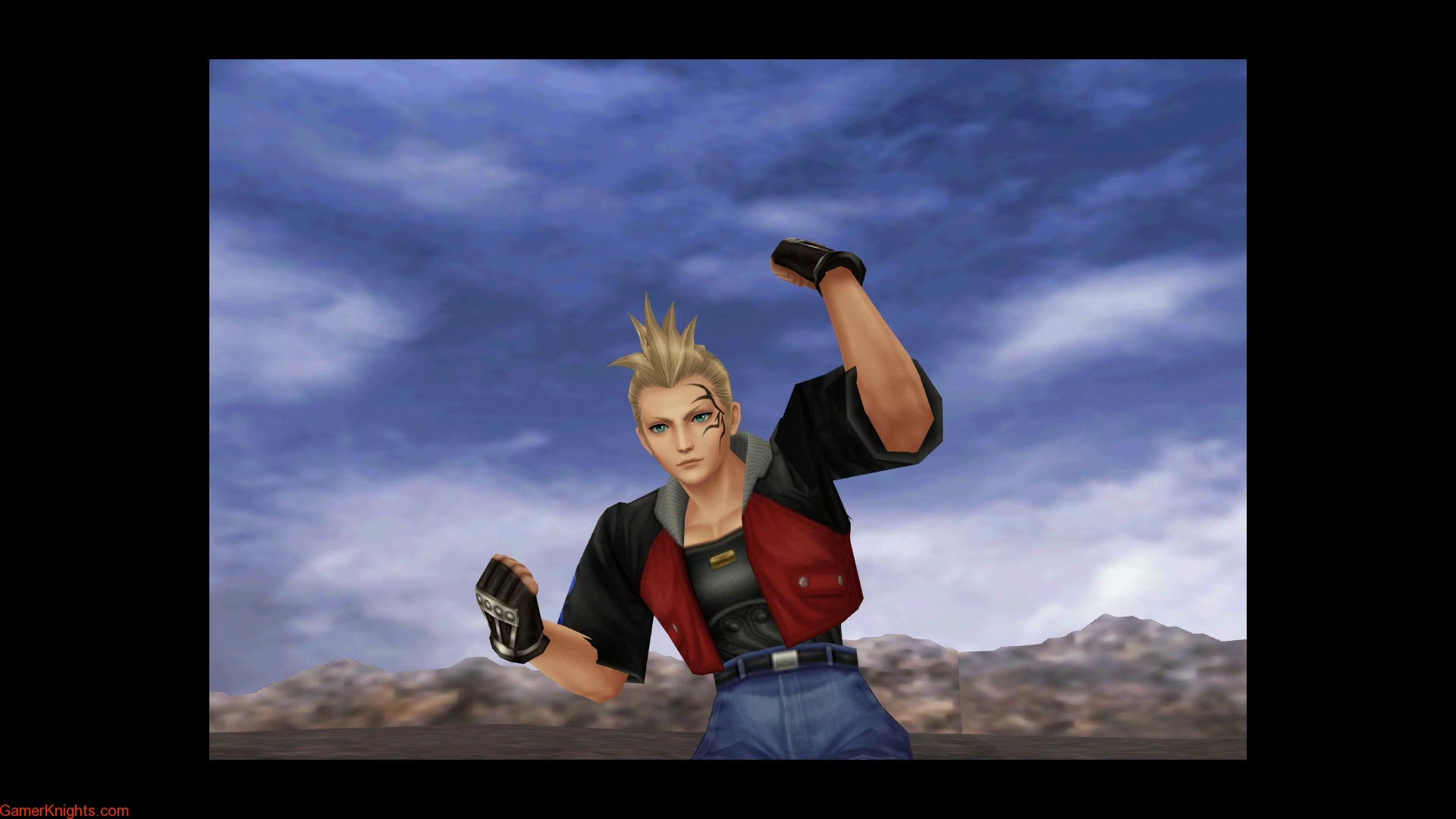 It’s understandable that Square Enix kept the 4:3 aspect ratio, rather than the current widescreen norm. This is due to the fact that every background and pre-rendered cutscene are that aspect, and updating the games look would have meant redrawing every background and recreating every cutscene from scratch. Though that would have helped the aforementioned uniformity of the game’s look, I can understand it would have been a far too demanding task for what is probably just a port to silence the (vocal) FF8 fans who have felt like the poor relation for far too long. 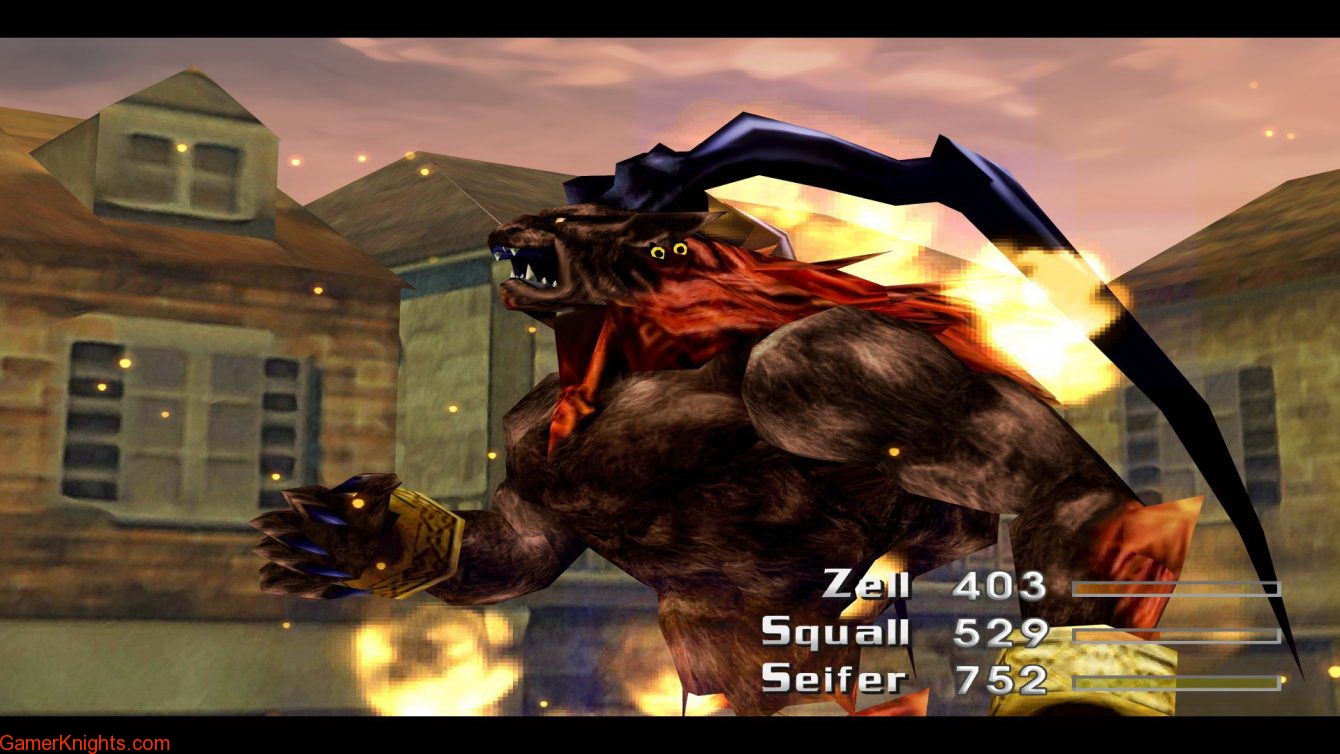 As with other Final Fantasy HD versions, we’re given new options to streamline the process of playing a lengthy JRPG in the current climate of videogames. Square Enix have long understood that the time consuming and grindy nature of the genre are no longer a realistic prospect to many of us, so they have loaded FF8 with quality-of-life improvements that you can take or leave. Allowing you to speed up gameplay, turn off random encounters or even just make yourself a one-hit killing machine are very welcome, especially for those who can no longer dedicate eighty hours to a single title. It would be so easy – and predictable – for Square Enix to be overly precious about its games, so to see them subvert expectations and allow us to play how we want to play is always a welcome and genuinely surprising turn.

Much like Final Fantasy VIII in general, the remaster is a mixed bag. It goes above and beyond at times, like with its sharp new character models, but against the muddy backgrounds they can’t help but stand out. But, once you get invested in one of Square’s best tales to date, it stops mattering pretty quickly. With all of the new bells and whistles for streamlining gameplay, Final Fantasy VIII has finally been given the same new lease of life that the rest of the series has enjoyed for so long. Hopefully it will find new fans – and quickly, before Final Fantasy VII comes out next year.