Back in 2001, Square Enix were still pumping out classic after venerable classic. Every game with the Final Fantasy name attached to it did staggeringly well, and Final Fantasy X – and its sequel, X-2 – were no different. Whilst Square Enix have made some missteps in the intervening decade and a half, re-releasing both games with spruced up visuals and additional features and content isn’t one of them. Square Enix proves yet again that it knows how to take care of its darlings.

The director of this remaster, Yoshinori Kitase, had stated that he wanted to make a ‘sweeter version’ of FFX/X2 to match the rose-tinted recollections fans would have of the original titles, and – amazingly – he has done just that.

Like you might expect the overarching theme of FFX is to save the world – an agenda aped in its sequel as well. It’s in peril from a giant entity known only as Sin. But for a lot of fans, including myself, the FFX series did well not because of its arguably overplayed main goal, but it’s endlessly endearing cast. 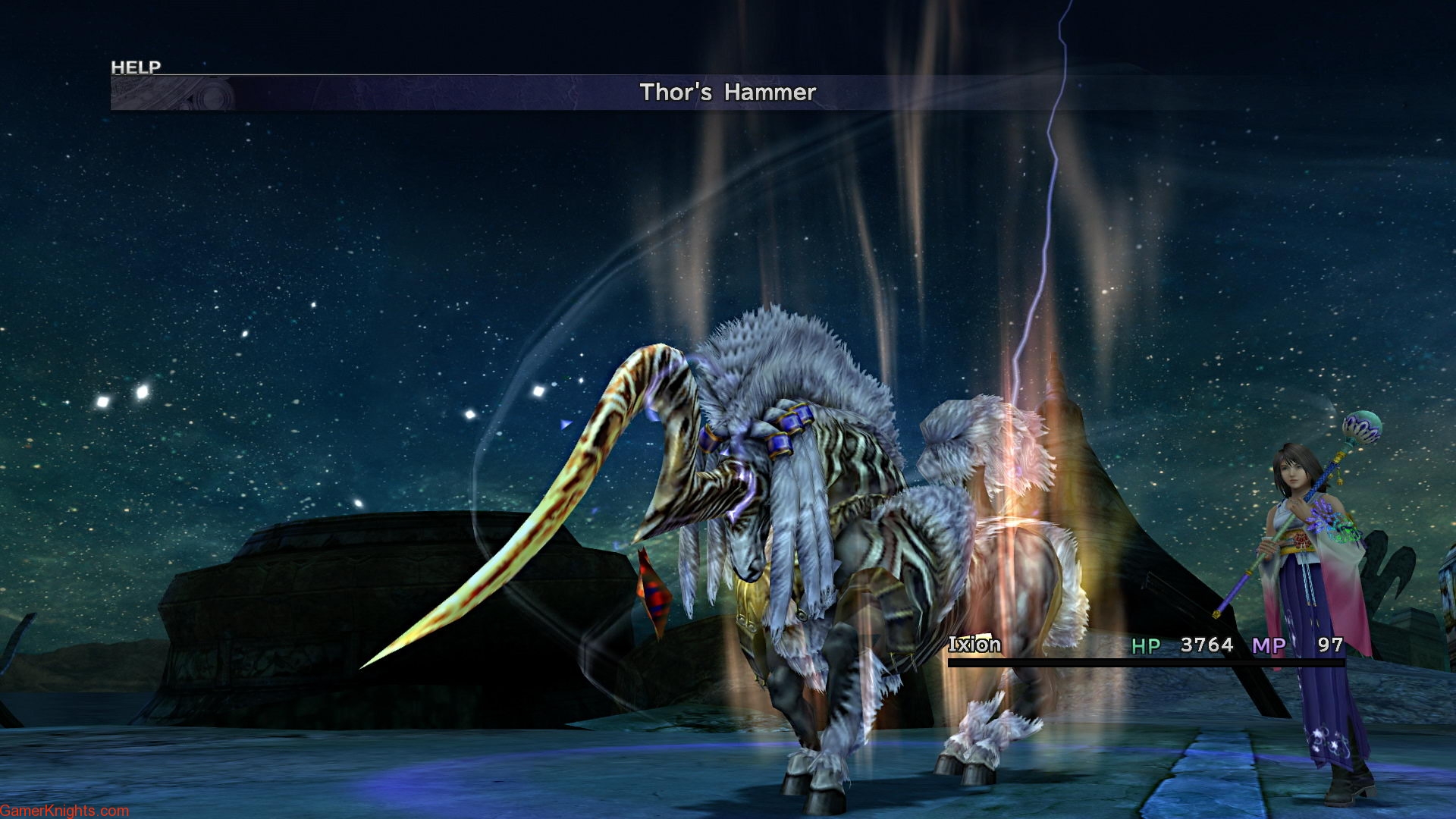 This really is a character driven piece, with the relationships that blossom between them the star of the show amidst all the world-ending drama. The development of romance fostered between Tidus and Yuna is centre stage of course, and it’s a lot of fun to watch that grow.

There’s a warmth and charm in Final Fantasy X and its sequel that its successors have seemed to forget in favour of melodrama, and being back with characters like Tidus and Wakka reminded me just how much these games made me smile. Though the story certainly has its emotional valleys and peaks, there’s always something fun to buffer the serious overtones.

The games are both traditional Japanese RPGS, and stay faithful to the active time battle system Square Enix has been perfecting throughout its historic lineage. Players are able to choose from melee attacks, magic or giant world consuming summons to reign down hellfire upon their opponents. Grinding and levelling up is as satisfying as ever, and with the new option for upgrading characters you can now kit out anyone as you see fit. 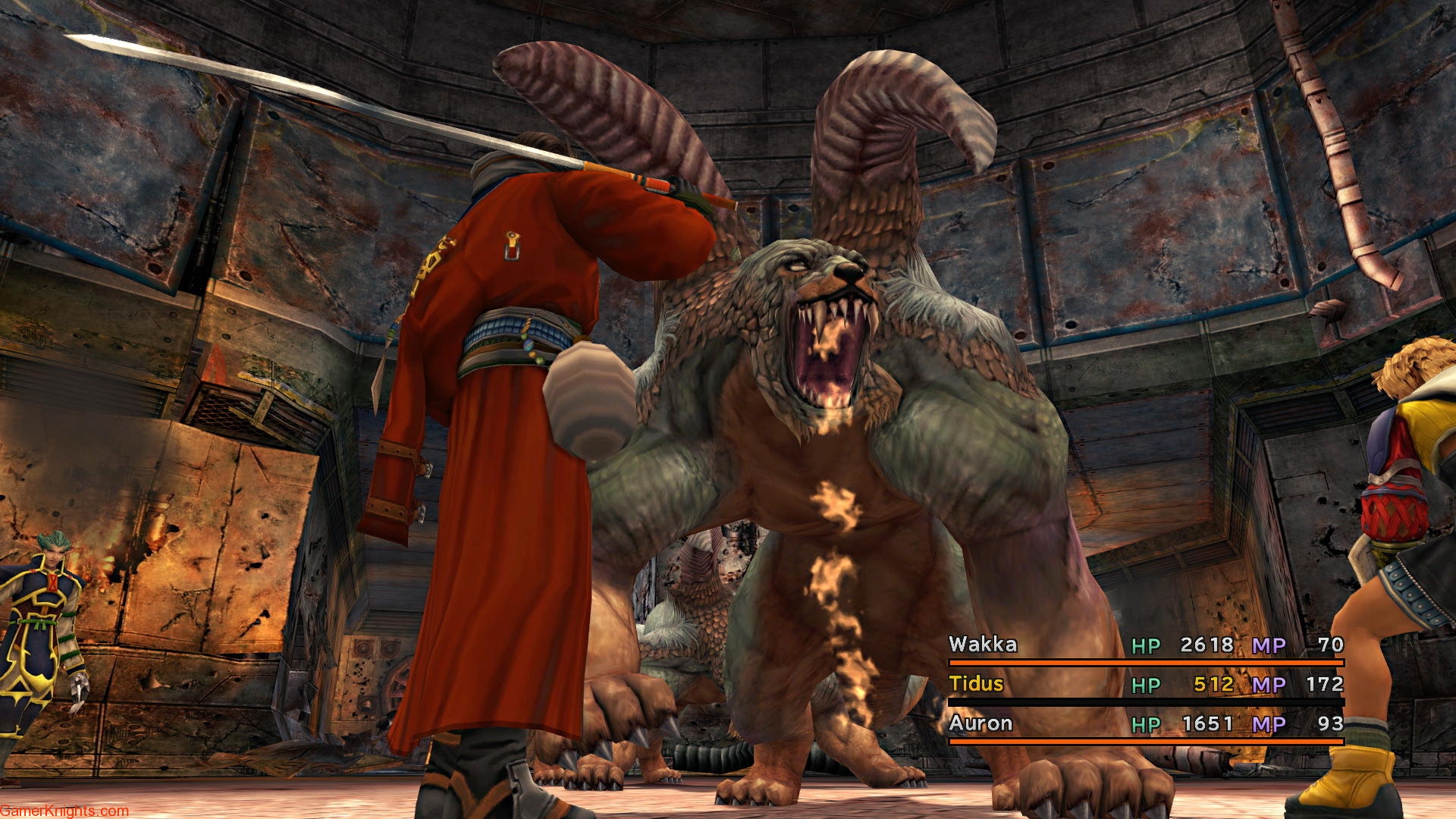 It’s a really fun system that allows for team mates to be switched out on the fly to suit any battle requirement, and it’s this versatility that lends so much fun to Xs battle system. X2 however – a much more Charlie’s Angel-esque adventure that focuses on the all female cast of Yuna, Rikku and Paine – switches this for Dresspheres and Garment Grids, allowing for different classes to be emulated through the use of alternative outfits. This system was recently echoed in Lightning Returns and I’m pleased to say it’s just as weirdly addictive and fun in both titles.

There’s a lot of  bonus content here too. Everything from the ironically titled International Edition (that was never released outside of Japan) is present, with additional bosses, dungeons, abilities and even sizeable epilogues in the form of mini games or movies.

There’s a wealth of things to do with this package, and with each game clocking in at around fifty hours or more, you get a lot of bang for your buck. It’s phenomenal value and I was truly overwhelmed at just how much care and thought went into what could have been such a simple package.

Aside from the bonus content, the HD shine on display here is what most fans will appreciate. There’s a difficulty to replaying old favourites, but with the bump in resolution, the upgraded textures and character models and a definition the PS2 simply couldn’t achieve, Final Fantasy X/X2 feel fresh again. I didn’t find myself thinking of these as old games as I blitzed through them, they were at once new and nostalgic, resulting in a perfect combination. 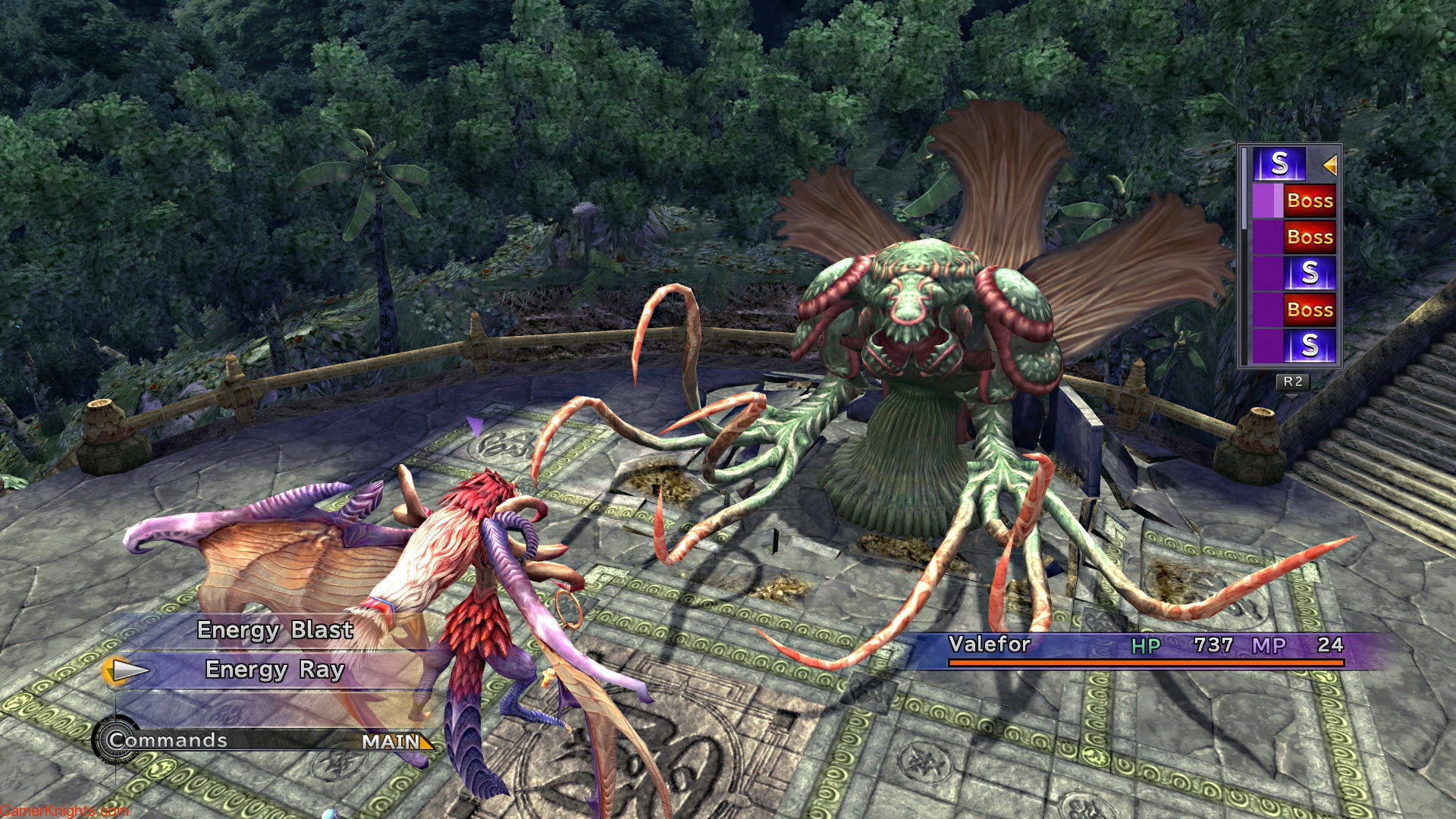 The entire score of FFX has also been re-recorded, and the results are very impressive. Whilst these remixed tunes deviated from my fond memories of the original soundtrack, they were nevertheless spectacularly produced and a joy to listen to, only adding to the feeling that this was an all new experience. Along with all the additional content this game felt more like an expansion pack than a re-release.

Square Enix have really outdone themselves here. Whilst other companies are content to repackage an old favourite with a minimal graphical bump and prey upon fans nostalgia, Final Fantasy X/X2 refuses to disappoint.  With a whole host of extras and upgrades this remaster feels like an entirely new experience. Actively combating the negative aspects of nostalgia is something no other company who have put out a HD re-release have attempted, but Square Enix have set the bar. By updating the games to make them undeniably better than the originals, fans won’t come away from this feeling disappointed or disillusioned.