It was the franchise that started the Xbox revolution. Everyone knows where they were when Marcus and Dom started their own massive fight against the Locust and so began one of the most loved series of games in gaming history. With the fifth one dropping recently, Billy is rediscovering his Lancer and frag grenades and delving once more into the world of Gears.

It feels weird talking about Gears without having the “of War” label at the end of the title, it really does. I’ve been a huge fan of it since the start. Hell, I even bought the special edition of the original on Xbox One because I just wanted to go through it with a 60 frame a second refresh (yes, I’m that sad.) The Coalition have gotten their initiation out of the way with the decent, but slightly rough Gears of War 4.

With the fifth one in the series now here, we get to see if things have been learnt with a bit more time and some TLC.

The story almost has an Independence Day: Resurgence feel to it, although I’d advise you not to watch the movie. The world is in good shape and everyone is feeling relatively safe, with the bigwigs handing out medals to those who helped save the place.

Obviously, mainly because there wouldn’t be a game if it didn’t, things go south really quickly. The Swarm begin to wreak havoc on the population, the COGs are stretched and it is up to our usual suspects to help save us all. 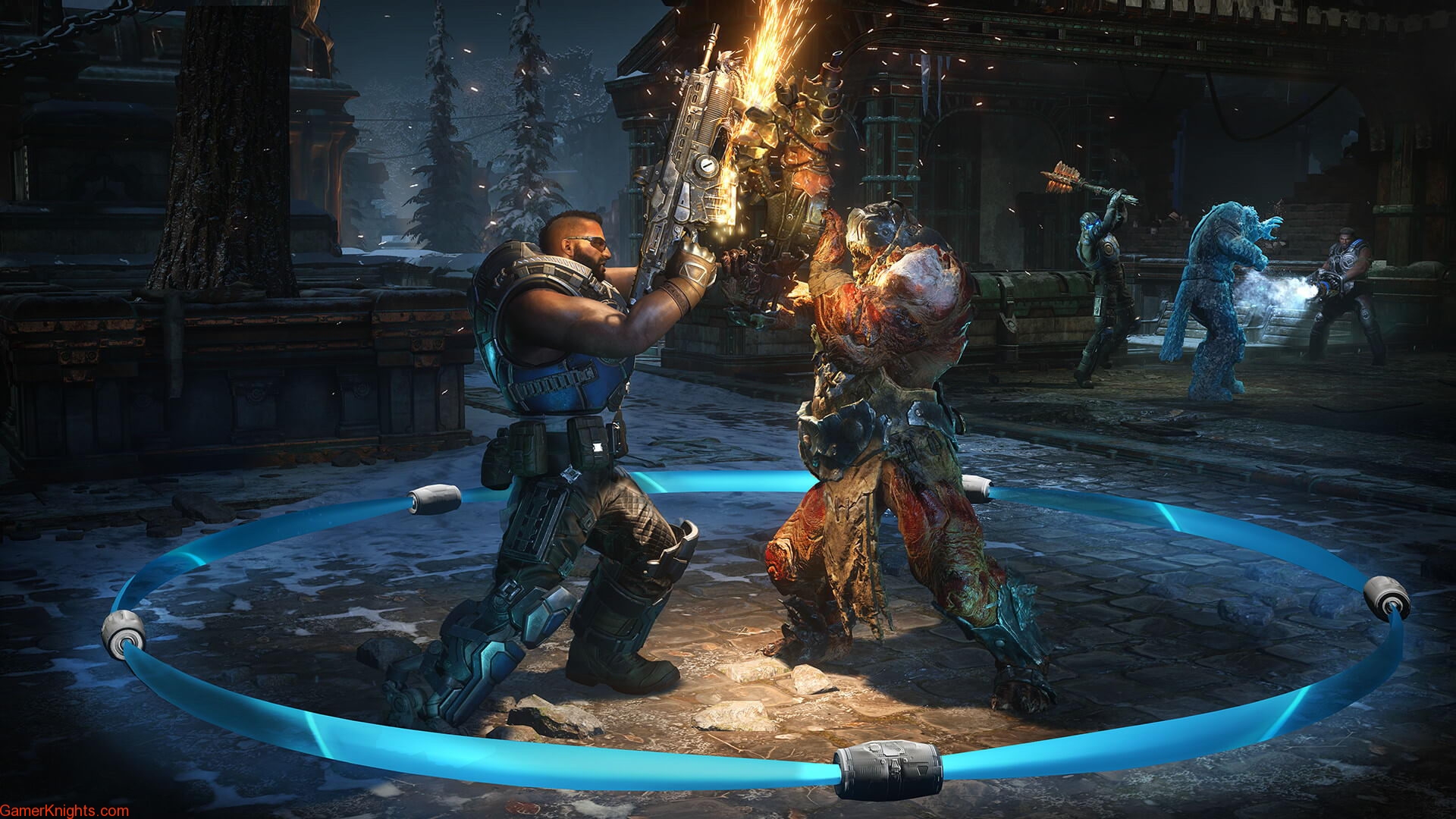 The intriguing thing this time is that there is a rather juicy sub-story to all of this, and it surrounds the main female protagonist, Kait. She starts suffering from really bad headaches and also has flashbacks and visions that begin to play on her mind. She needs to head away and discover where these are coming from and the truth begins to uncover something a lot more sinister than originally thought.

I’m hugely impressed that there is a deeper narrative in this entry in the series. They could have gone Hollywood with it and let you leave your brain at the door, but they didn’t and Gears 5 feel so much better.

This is where things feel the same, but different. Trust me, this will make sense. In terms of control a few little things have been added, with everyone now wielding a combat knife and using it with the B button. I know this sounds silly to bring up, but I’m an old school veteran, so things take time to get used to. I do love the fact that The Coalition are trying to change things up a bit with subtle changes. 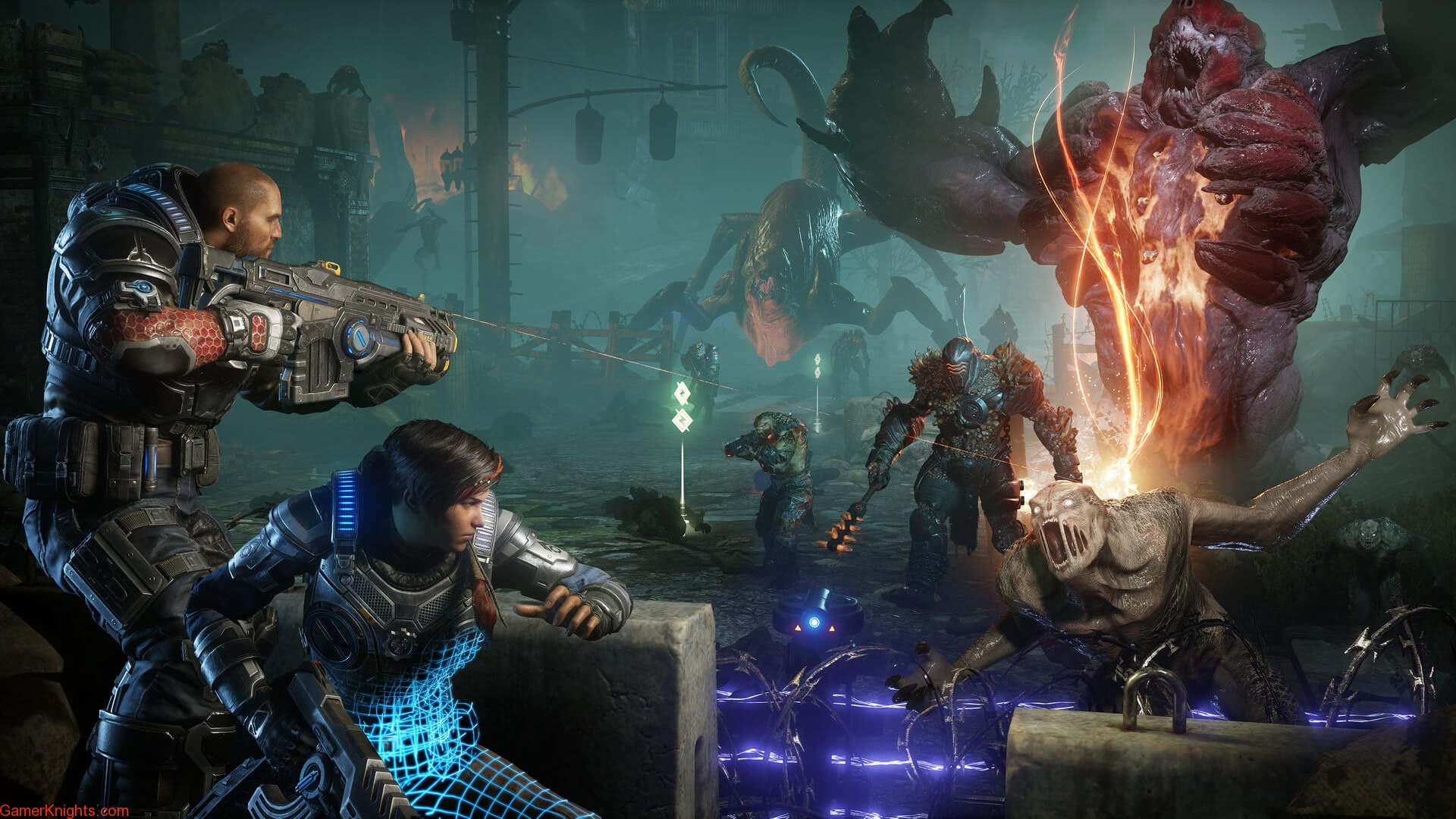 What makes me happier though, is that a lot of it has stayed the same. On the 60 fps modes (unless you’re playing on XBox One X, where ALL of it is that) it is so fluid and delightful. Horde mode is just as, if not MORE hectic than it used to be and the ammo feels even more scarce than before, which I love. Escape is a nice addition, but it does have a little feeling of being an add-on, rather than a properly thought out mode. The good thing about Escape though is that it has an editor for others to make up levels to test your ability. Think of it as more Brittle Frag Planet than Little Big Planet and you get the idea.

Multiplayer is solid, which will keep the e-sports people happy, but the main happiness for me comes in the story mode. It just FEELS right. Gears 5 is responsive, tight as a drum and you can tell it has been done with people who are both very knowledgeable of the franchise, and lovers of it. The team splitting portions are there, as well as a slightly on-rails open world which is a nice touch. It breathes new life into it without it feeling too much different, which is what all sequels should do. 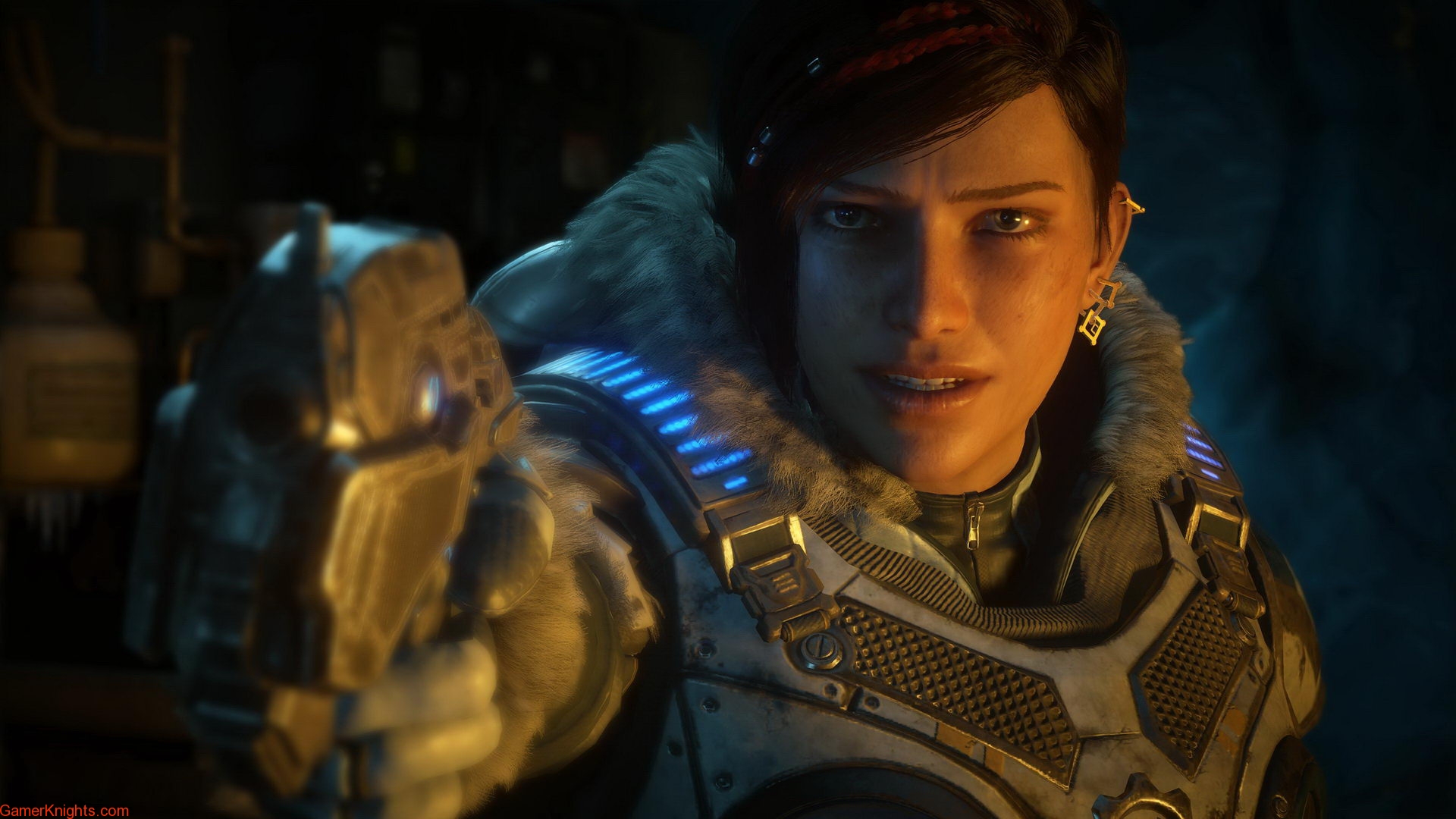 I truly have not seen any game look this good in a long, long time. With the development team being very familiar in not just using the Unreal Engine, but bloody BUILDING it, they know how to squeeze every drop of power out of it. The results are nothing short of astonishing. I defy anybody to look at the opening scenes and not think they’re watching a CGI movie, it is that good. The HDR inclusion gives so much depth and vivid colour, which has been lacking in the palette of previous Gears games.

The other main plus point is that the frame rates stay relatively solid even with all this splendour, although Horde can have the odd wobble if REALLY pushed. You know you’re playing a polished AAA title and the extra time that The Coalition have had to get this right now and make it a proper Gears game can be seen from start to finish. 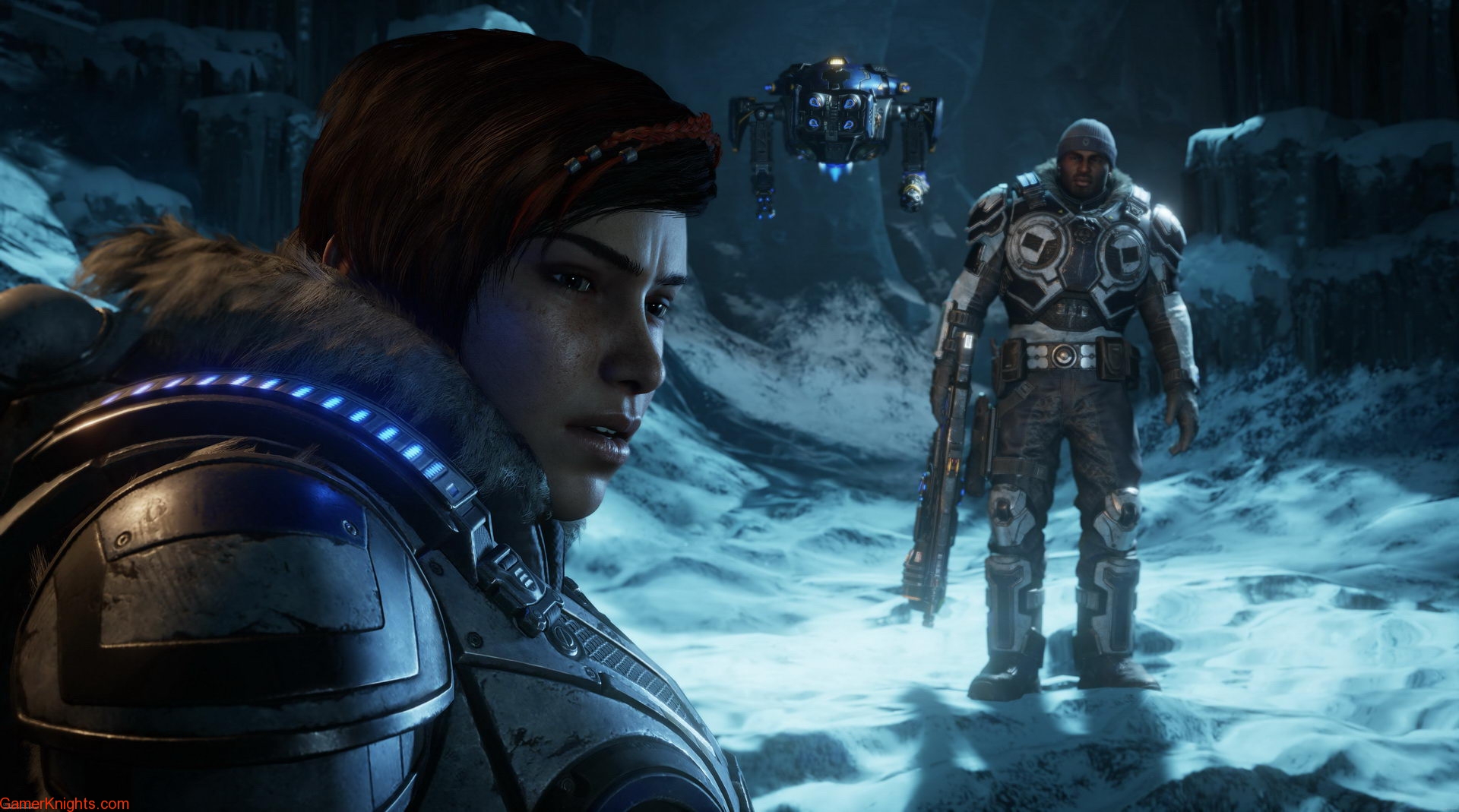 The one big negative for me though is that, a lot like Gears 4, but even more so, it is a microtransaction explosion, and that really riles me up. I know that you don’t (and I really do not) splash out any cash on cosmetics, but it leans so heavily towards it that it leaves a bad taste in your mouth. It isn’t a deal-breaker, but it almost feels like someone drawing a fake moustache on the Mona Lisa, in that you can still see the original, beautiful work, but there’s something there that just doesn’t feel like it belongs. It is a sign of the times though.

Cash-grabbing bitterness aside, Gears 5 is a stunning return to form for the much loved series and it feels like a dream. The usual game modes are there, with versus mode having a plethora of options now and are more refined than ever, Escape adding something different, if not quite the excellent extra it could have been and Horde just being glorious. The result is a very good package, with a fantastic story of discovery and action, mixed with some classic gameplay that we have grown to love over many years.

What Gears 5 has done is manage to allow those who are new to the franchise to see why all of us older folk fell in love with it in the first place. To all of us who are a bit older and have been there since the start, we just get the chance to fall in love with it all over again.

It is certainly the best Gears game in years, but the story, whether or not it is more in-depth, will never match the tear-jerker of Gears 3. I cannot recommend this highly enough though and it NEEDS your attention.