Gears of War is back with a bang, and my only real issue with this series reboot is that new lead JD doesn’t have the easy charisma of dad Marcus.

The last time a new developer took on Gears of War, we got Judgement, the weakest game in the series. Can new Microsoft studio The Coalition successfully pick up the pieces and reboot the series?

Set some 25 years after the events of the original trilogy, Gears 4 now has you playing as Fenix Jr, JD. He’s got himself a girlfriend, and into some trouble, because the young lieutenant has deserted the COG, and is on the run after nicking some fabricator tech.

Newcomers JD, Kait and Del don’t have the strong (although arguably OTT) personality types of Marcus, Dom, Cole & Braid, but still have genuine sounding rapport and jokey banter going on. Where the story excels though, is in the treatment of the story material from the original games, which makes me genuinely nostalgic for them.

The moment when Marcus is first revealed is absolutely brilliant – self-aware, funny in the self-seriousness, but also telling you that the game is now really going to go some places in delivering on the action front. It also sets the series up to go in plenty of other directions for future games, despite a pretty satisfying ending in its own right. 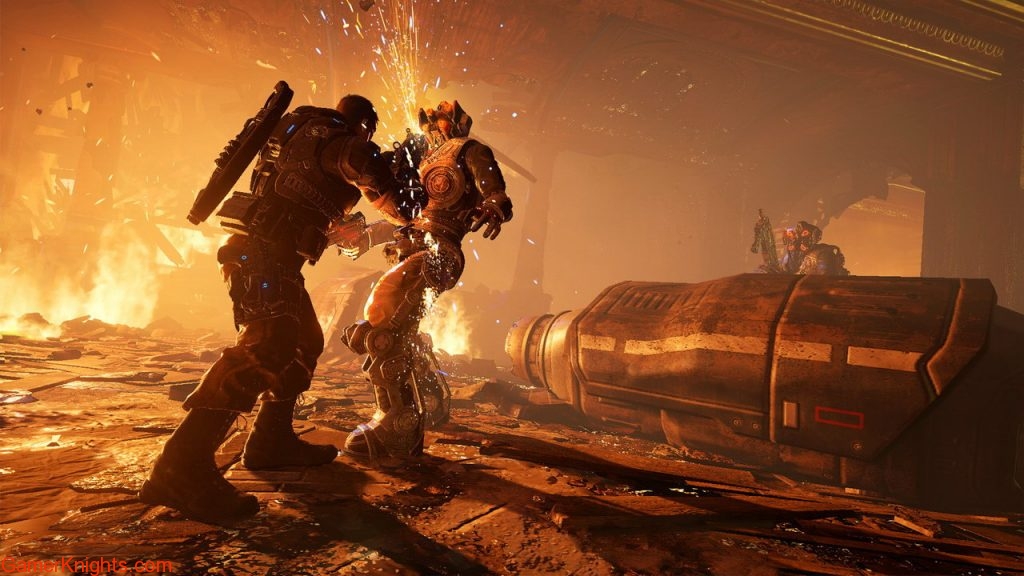 The campaign doesn’t start on the best note though. The game introduces new enemies to you in the DB robots the COG are now churning out, instead of training real human meat-heads, but the first act of the game shows the ‘DeeBees’ to have relatively simple AI routines and little variety to the firefights. They do at least bring in some cool new weapons into the mix, like a charged sniper, the Embar, and a rapid-fire shotgun.

The campaign really picks up the pace from the second act, when the game brings in the real protagonists in the Swarm. Arguably, there’s too many similarities between these creatures and the Locust from previous game, although there are some new enemy types. The pouncer will jump on top of you, requiring a team-mate to help out, whilst the snatcher will literally try to eat your team alive, requiring dexterity and co-operation to bring down. Thankfully your AI team-mates are up to the task and (finally) able to revive you when the need arises. 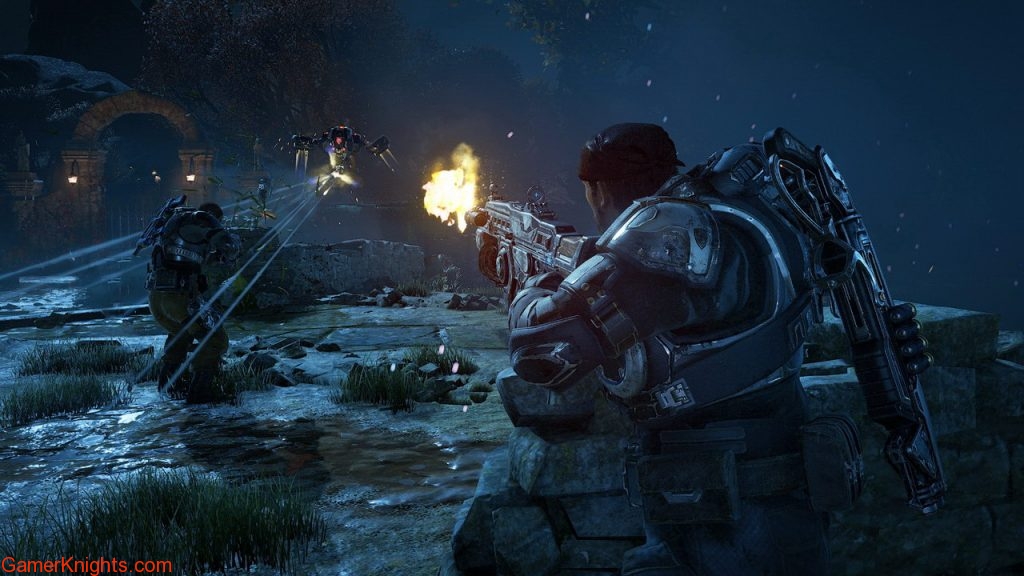 The campaign also spices up the chapters with some breath-taking, albeit simple, vehicle sequences, including a night-time bike chase and an epic conclusion to the 10-hour plot in some huge Transformer-esque robot suits. Some sequences also effectively train you for horde mode, making it a varied set of missions, even though I felt that the game should be pushing harder in the innovation space.