Spiders continue to surprise in a genre often dominated by AAA threats, and Greedfall is one of their best.

Spiders are a really fun company to follow. They consistently make games you wouldn’t expect a studio of their size to achieve, and they usually have a pulse – a heart – that AAA games often lack, where a big team means that no voice is allowed to rise above the rest.

Greedfall is the kind of game that seemed to fall out of fashion a decade ago, a big, sprawling RPG free for you to tackle in a variety of ways (and with a myriad of proficiencies), and time and time again I was thrilled to return to it.

Greedfall wants you to feel like an explorer, tasking you to tackle a brave new world in search of a cure – a cure for an illness that is ravaging both you and your people. Bidding farewell to your dying mother, you set out from the port of Serene to venture forth to worlds unknown. 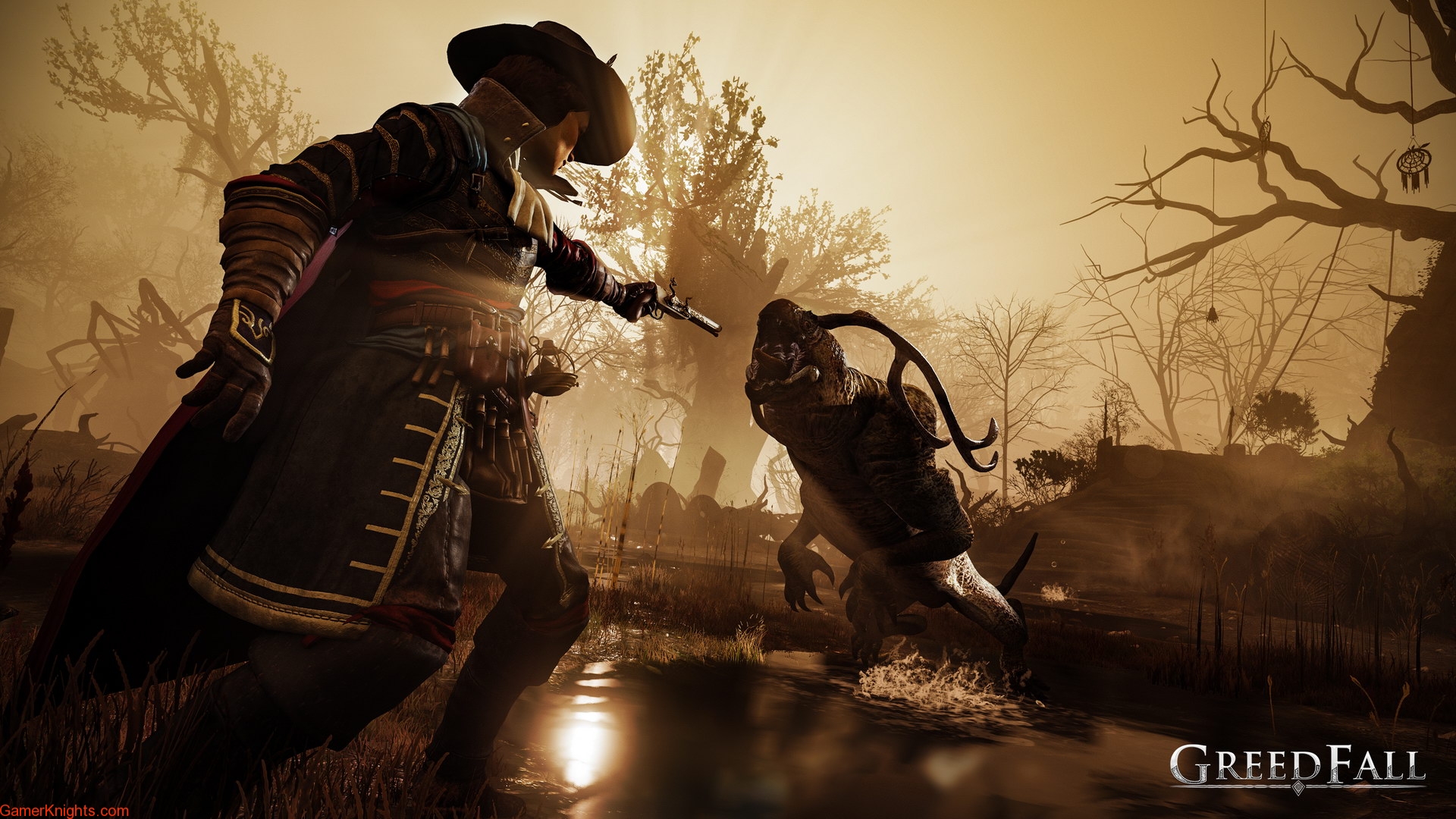 It’s a pretty great set up that is built upon in consistently interesting ways in the fifty or so hours it took me to finish Greedfall. I was very excited to see that it had no intention of remaining a stuffy real-world adventure, sparing no time in chucking creepy creatures and otherworldy monsters at me as much as it did human enemies. The mysteries you find yourself unravelling all unwind slowly and satisfactorily, lending a great rhythm to Greedfall’s biggest moments.

As Greedfall plays a lot with factions – asking you to play diplomatically at times – I was relieved to see there wasn’t a morality meter in sight. I’m a little bored of these tired systems, so when Greedfall proved itself to be perfectly content to play in shades of grey when it comes to its storytelling and your place within it all, it felt like freedom where other games have judged me mercilessly for the choices I made. 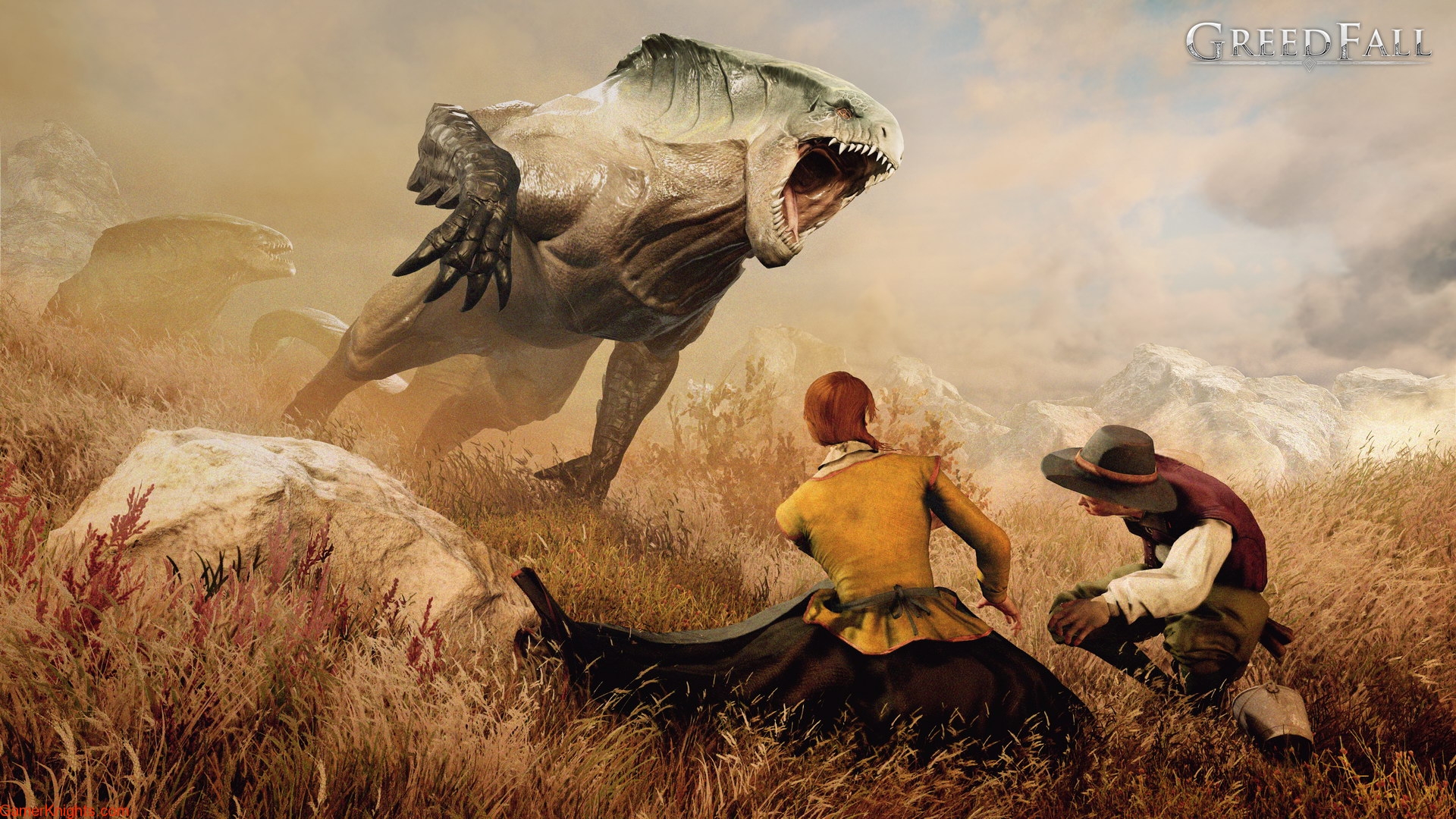 These factions will be giving you most of your quests throughout the game, and for the most part they’re all engaging and enjoyable. More importantly, depending on the build of your character and what skills and traits you prioritise, you can tackle these in a variety of ways. I preferred relying on my speech to get me out of sticky situations, and lockpicking (often to get me into them).

When a quick wit can’t get you out of a pickle, you can rely on a sharp sword instead. In swashbuckling action reminiscent of any number of pirate-themed media, you put your foes to the sword in a fairly fun system of parries, blocks, evades and counters. If you’d rather you can always sling some spells, but I found the up-close-and-personal nature of Greedfalls’ combat system very enjoyable. It occasionally felt like the game ignored a parry command or didn’t give enough of a window to make a counter attack, making the fights feel a little gummy or unresponsive at times, but for the most part I won fights I thought I should. If the battles prove a little too hectic you can always pause them and issue commands from the safety of stasis, but I didn’t rely on this mechanic too heavily.

Greedfall has its fair share of jank – it’s a Spiders game after all. Their vision is often far more ambitious than their means to execute said vision. Still, it’s a big, beautiful world that is itching to be explored. From the opening moments of a dark alley with a sprawling port blooming into light at the end of it all, beckoning me towards the great unknown, I knew that this was a game that would fulfil a lot of childhood fantasys. Some of these moments echo the feeling that books like Treasure Island gave me as a kid, and I was eager to dive in and see it all. 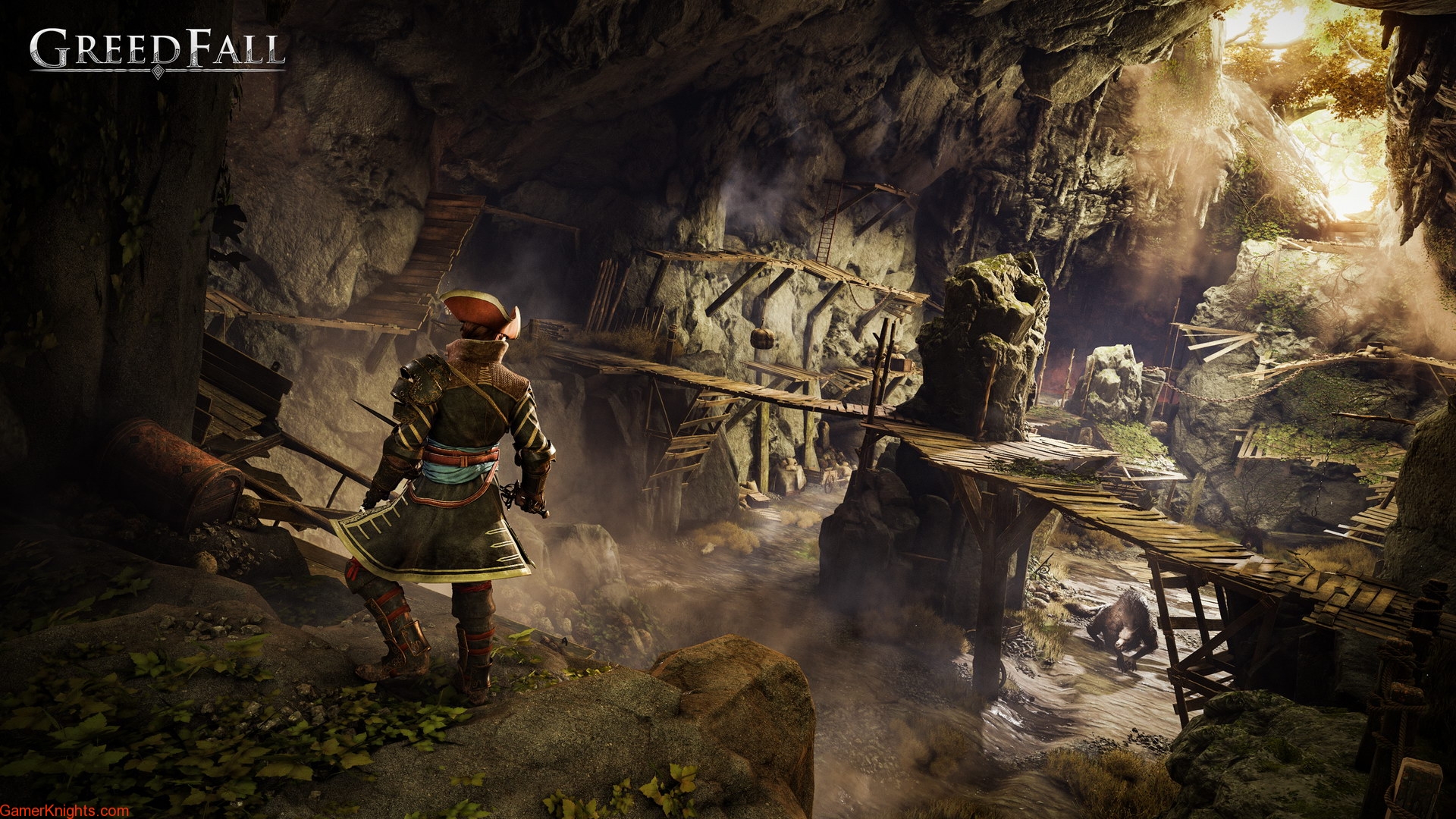 But it can look ugly, usually because of a stilted animation or a rushed texture. In screenshots this game looks brilliant, but in motion it doesn’t flow as well as its contemporaries. It’s easy to get over these shortcomings when you take into account the scope of it all, but still – a little extra polish would have gone a long way.

The audio fares a lot better, with some suprisingly great voice acting throughout – especially the hero, who I quickly fell in love with – and some triumphant, rousing music. It all fits the bill, and never felt out of place as I was adventuring.

Greedfall is yet another ambitious, sprawling, unique and, admittedly, janky game from Spiders. But I’ll take akward animation and gummy fights any day if it means getting genuinely exciting, fresh titles like this one. Greedfall is easily Spiders best title so far, and it was a joy to play thanks to fantastic writing, an interesting world to explore and some great gameplay mechanics.

Whilst other developers seem to have forgotten the intoxicating hook of exploring a great fantasy world and interacting with it in a myriad of ways, I’m glad to see Spiders keeping the torch burning.