‘Local Units’ just doesn’t have the ring of ‘all units’, but there’s very little else to dislike about Microsoft’s return to strategy games on console. The late 2000’s found a raft of strategy games ported (with varying levels of success) to consoles, many of them exclusive to the 360, but also a number of exclusives, such as Halo Wars, which tried a new, simplified console control scheme with the ability to select every single unit on the screen. 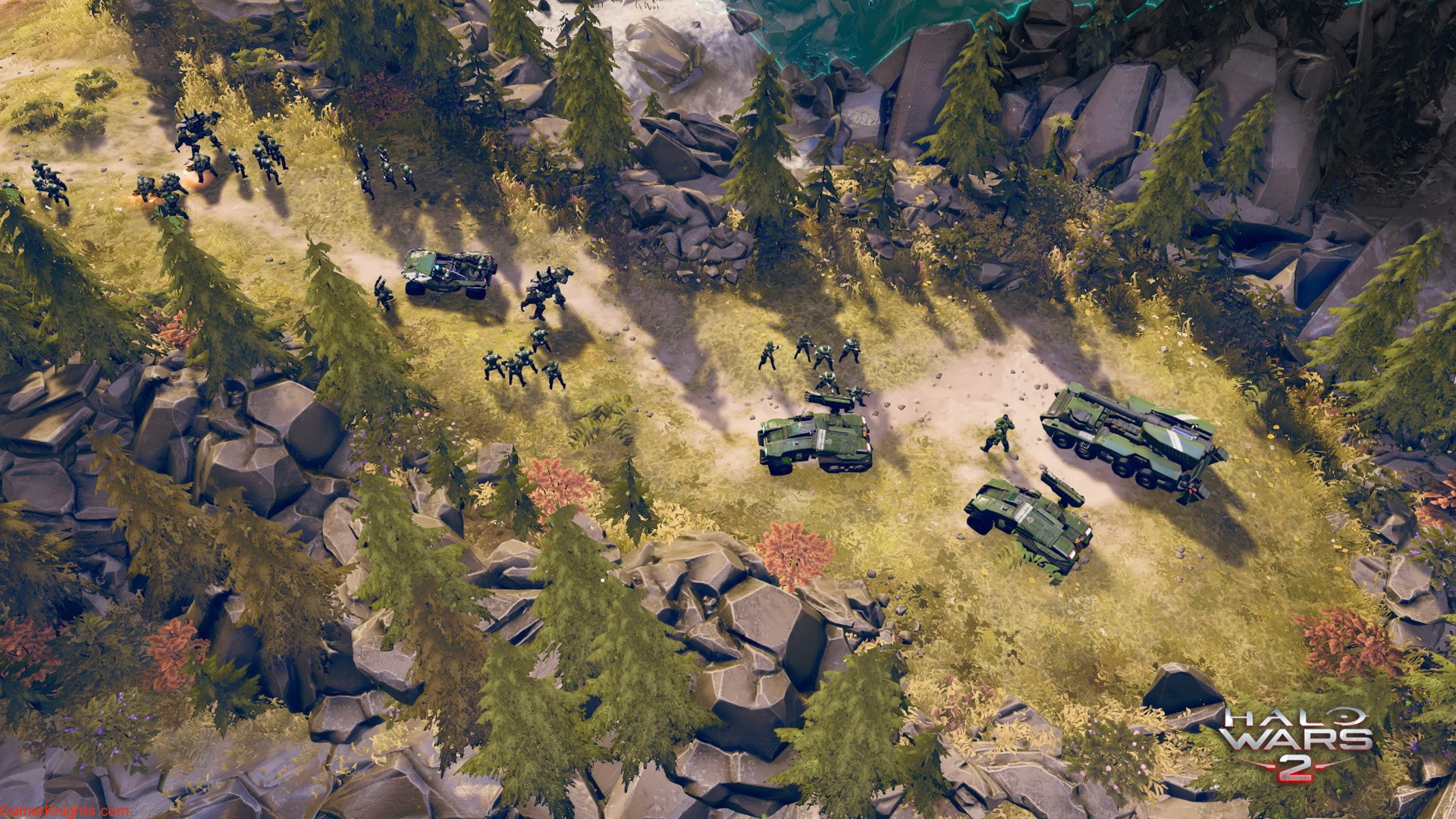 Microsoft have sensibly brought in Creative Assembly, who are not only masters of strategy games, but have shown their skill with console games in the recent past, most notably with Alien Isolation. Interestingly though, the game still has a very similar ‘feel’ to the previous game, some slight control changes aside. Blitz, however, is a very interesting multiplayer take on strategy. It adds cards into the mix, which are seemingly the latest thing in gaming. Over time, your points build up, and in turn, the points can be spent on cards.

Find some additional energy sources and soon you can increase the rate that points are assigned to your squad. It’s an interesting concept mostly because it deals base-building out of the equation, whilst allowing new units to regularly replenish your forces. It makes the matches short and tight (just 12 minutes), the arenas relatively compact, and the action frantic. I played 2 on 2 for the matches during the beta, although it wasn’t immediately clear whether other options would be available. 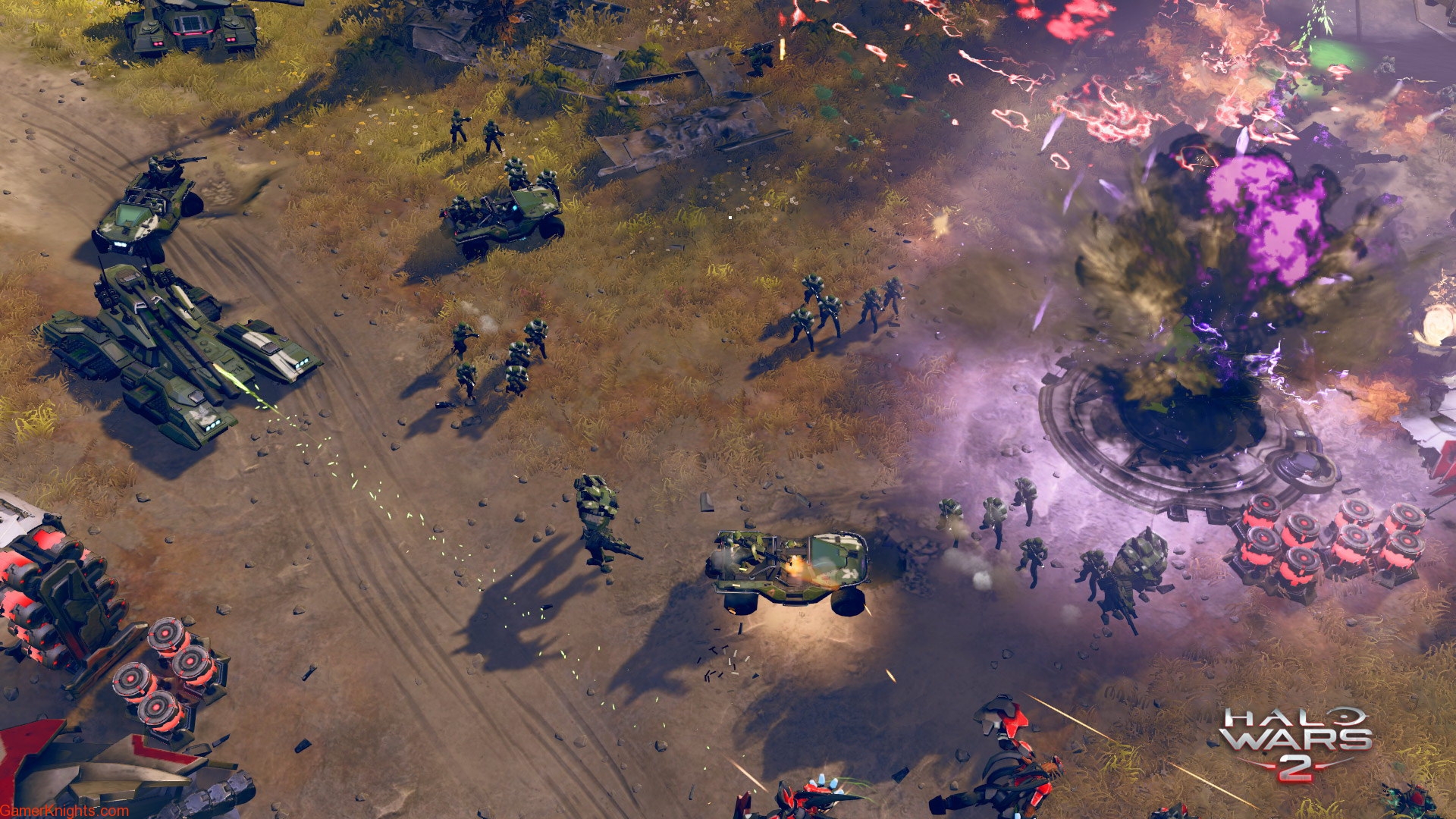 In theory, having cards does rob you of some of your in-game strategic nous, but this is realistically dealt with in the pre-game, where you can choose the right deck and cards for the situation. I’ve always been a big fan of strategy games, but never really ventured much online, as I’m more a dabbler into the campaigns, normally at a pretty low difficulty. Multiplayer games can also really drag on, and having children can make getting a full game difficult. Blitz was one of the most interesting and intense takes on the genre I’ve played ever, and has really piqued my interest for the game. 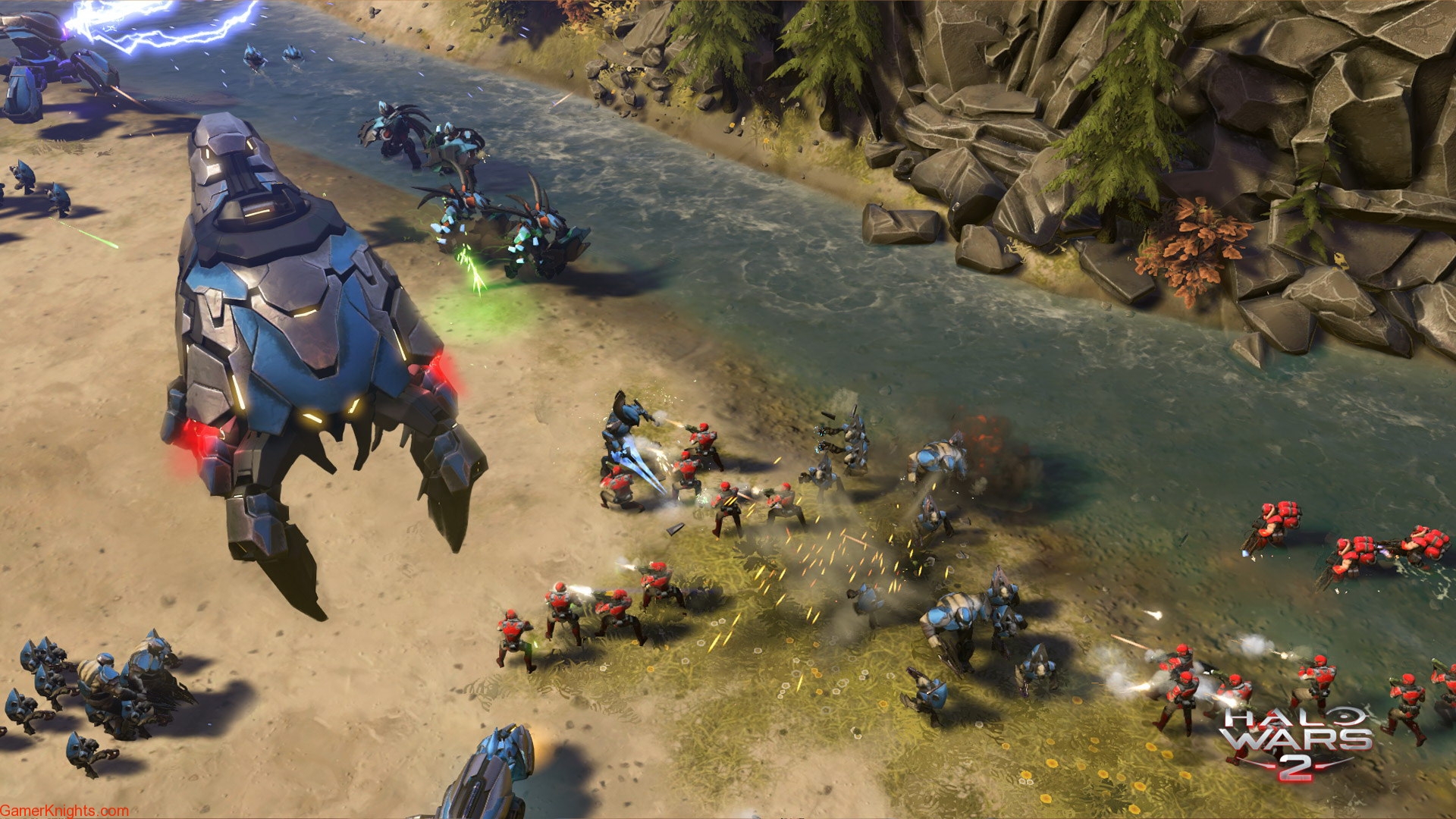 What’s interesting is that many of these decisions also aid other areas of the game. I think one of the reasons that strategy games always disappointed a little on the last generation is that the lack of RAM made loading large maps tough and large numbers of units made the games chug. Halo Wars 2 has small maps (for the genre), relatively limited numbers of units, but still plenty of depth. It also has some great looking units and effects, and performance was excellent throughout. In fact, it was one of the most polished betas I’ve participated in. In fairness, I really think this was a bit of an advert for the game, but one I was happy to be part of.

“Halo Wars 2” is out at the end of the month, and I’m really looking forwards to having a big-budget strategy game, with good controller support, back on a console after what feels like an absolute age.