I re-reckon this is an unplayable, buggy mess.

I remembered “Kingdoms of Amalur: Reckoning” fondly: I’d long touted its merits as an unsung gem, longed for more games of its genre to ape its fluid, arcadey action. I’d dug its fun, addictive levelling and rewarding skill trees. I’d enjoyed it enough the first time through to be excited when I heard it was being remastered and rereleased for modern consoles. But, looking back, this was a gem perhaps best left buried.

When I first booted up Re-Reckoning, I was struck by how decidedly seventh-gen it was. Amalur was – and sadly still is – a game that very much belongs in the Xbox 360 and PS3 era. As the games industry has continued its bad habit of churning out middling remakes of anything that was ever passably popular, players expecations have risen when it comes to what we expect from these cash-ins (because that’s what they are, make no mistake). 2020 is an age where remakes are as lovingly revitalized as Final Fantasy VII and Shadow of the Colossus, and even ‘simple’ remasters like Saints Row 3 have stepped up to a ludicrous degree to get noticed in an over saturated, under funded market. 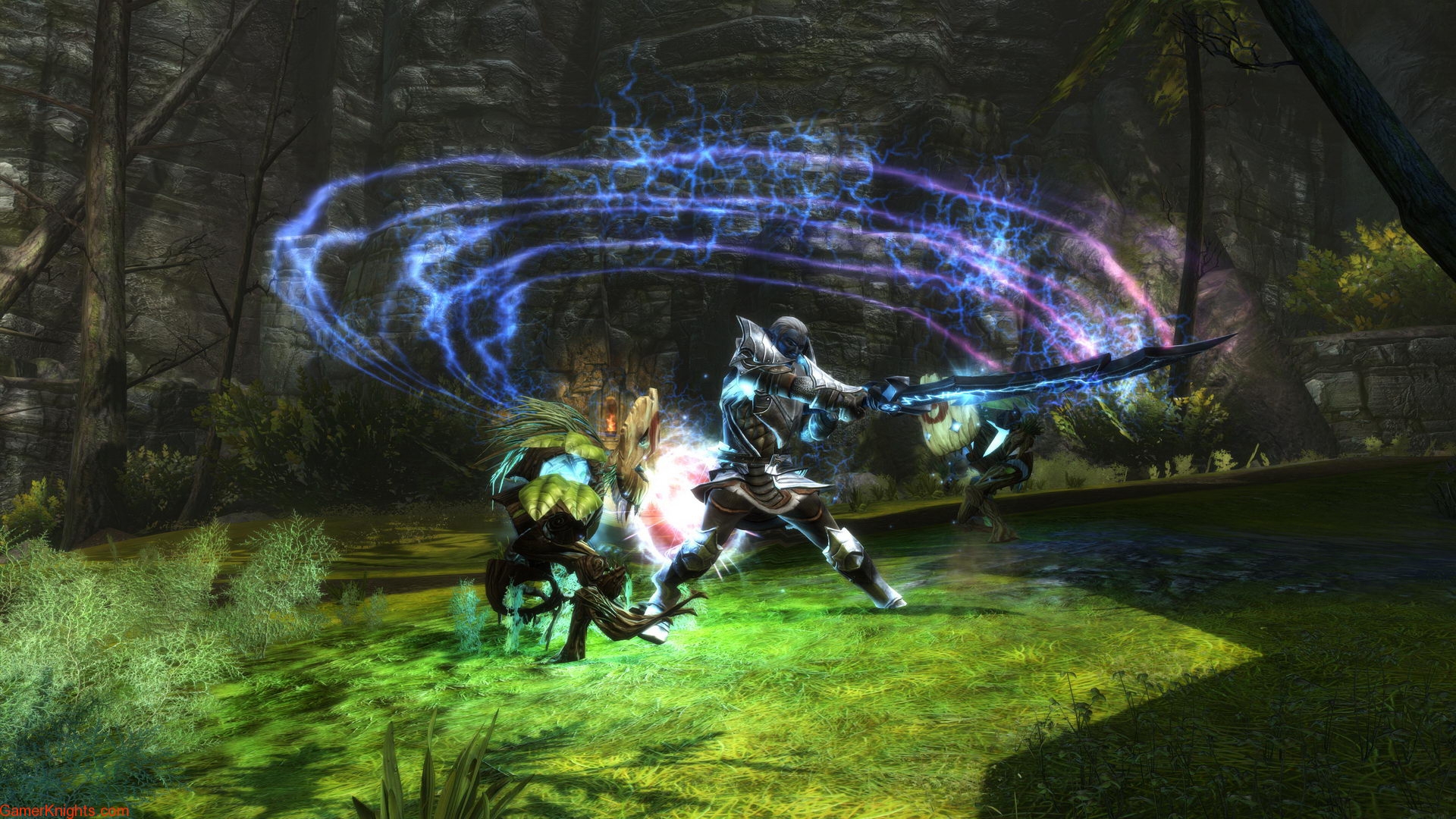 Amalur looks very much how it did in my memories – a beautifully designed world full of ugly character models and flat textures. There’s a resolution bump of course, the devs have talked of a new lighting engine that I honestly haven’t noticed (in fact the game is overly dark in every dungeon) and there’s likely been a bump to the  frame-rate, but this is a bare-bones port by all accounts. But Amalur has such a fun gameplay loop that this simplicity threatens to be a non-issue altogether. Indeed, once I was out of the tutorial and blasting through side quests, button mashing through chunky, fun combat and engaging in the addictive loot & level-up grind, I barely cared what the game looked like.

The freedom afforded by its non-chalance towards traditional RPG classes – any build can effortlessly swap between bows, daggers, swords, massive hammers and magic staves, switching between slinging spells and stealth-kills whenever the mood takes you – is an evolution of the systems that made the Fable series such a joy to play. On that first day, I was hooked all over again, happy that years of recommending this game hadn’t just been blind nostalgia for a fun, massive game during a time in my life where I really needed a fun, massive game. But after a couple of solid play sessions, the game started to fall apart. 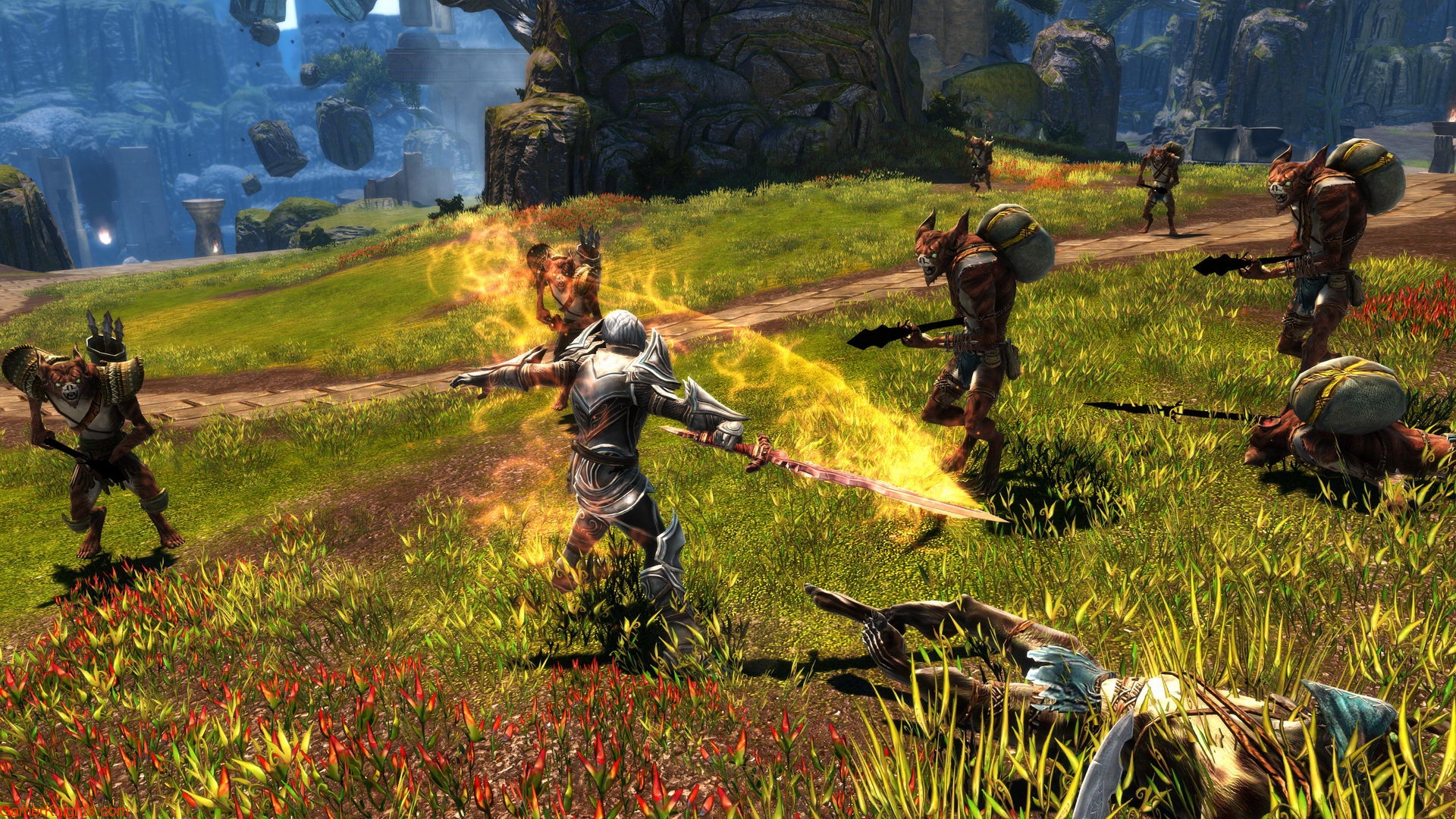 I began encountering too many game-breaking bugs to count. Amalur began crashing my system so often that I thought maybe my console was on the fritz, but it was only specific areas that were booting me back to dashboard time and time again. After a quick google, I found plenty of similarly dejected players experiencing these problems – and for anyone who didn’t over-save in multiple slots like I do (a bad habit that occasionally yields results) they were simply out of luck. Bugs that stopped you from fast travelling out of an area with no exit, dungeon sections that completely lock up without escape, or triggers that simply wouldn’t trigger to allow forward progress (and these are only the game-breaking bugs – there were plenty of occasional hangs, invisible enemies not rendering during cutscenes, my player character disappearing and reappearing in a completely different section of the arena… )

For every solution I found (all of them ridiculous – one savvy player told me to narrow my field of view so that I could only see my character and inch my way past a visual that crashed the game every time the camera glimpsed it) there was a new problem to take its place. It was at 3AM, when I was up against yet another potentially game breaking bug (a forcefield that was supposed to come down after I cleared a room of enemies, and didn’t) that I reached the end of my tether: I went to Google yet again to try and work my way past this new problem, only to find workarounds from eight years ago – the original launch date of the game. Some of these problems had been baked in since the first launch and never addressed, even in this brand new remaster. I was done. 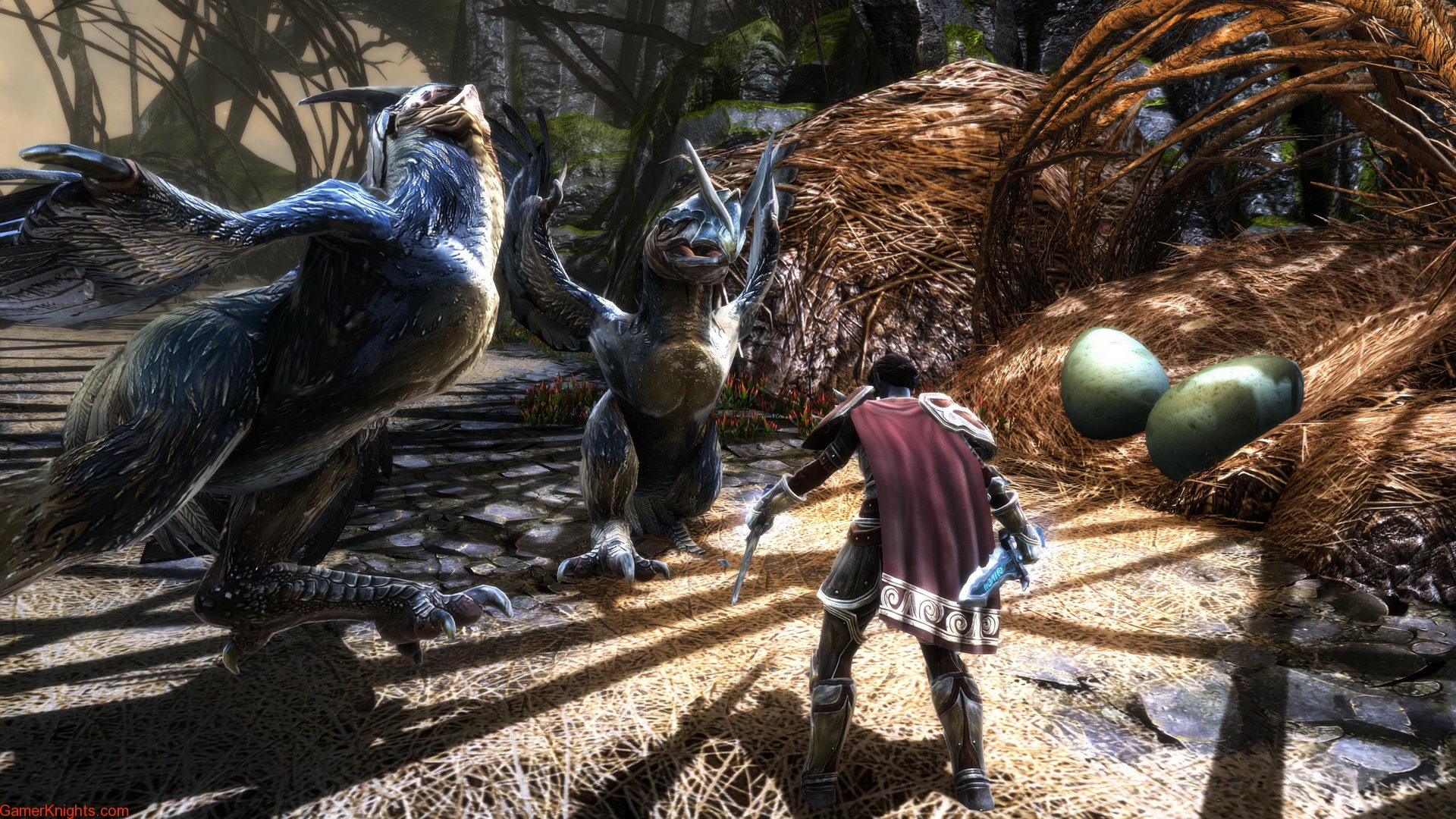 Kingdoms of Amalur is a great game that should have received more praise and attention when it came out. It’s original studio didn’t deserve to be shuttered months after this game launched (potentially why some of these bugs were never fixed originally). Amalur could have been iterated upon and built into something wonderful over the years, but fate had other plans and it was lost to the ages. Or at least, it should have been.

Which brings me to my final point: Re-Reckoning was sold largely on its brand new expansion – Fatesworn. I’d gone into this experience thinking that expansion was part of the package – was the reason this game was getting re-released at all, but it was yet another disappointment when I found out that expansion isn’t coming until next year. It will be paid DLC.

So what does buying into Re-Reckoning (for 40 euro) currently get you? A buggy, basic remaster that you might not even be able to play all the way through thanks to a myriad of issues. Maybe now that the game has an active developer once more, these bugs will be ironed out, but as it stands I can’t in good conscience recommend this game to anyone.

I went into this review eager to recommend it yet again, as I have done these past eight years. I’m gutted I can’t do that.

Since the game was so buggy our reviewer wasn’t able to give it a proper score. Sorry about that. Hopefully all the bugs will be ironed out very soon so our reviewer can have a re-visit to ‘Amalur’.