The game has a lovely art style, which looks realistic at first sight whilst actually having a little bit of a hand-drawn touch to it.

After the flawed but interesting Remember Me, French studio DONTNOD returns with an episodic adventure game once again starring a female protagonist. But is it any good?

Set in the backwater American town of Arcadia, Oregon, Life is Strange follows the story of new girl (well, recently returned) Maxine Caulfield and her move to a new high school. But, pretty much straight away, Max finds that she can rewind time with nothing but a thought, allowing her to use her experiences in the present to affect the past. But Max is not the ‘strong’ lead from Remember Me. Unsurprisingly for a teenage girl trying to find her place in the world, she is conflicted and unsure of herself and her actions. Max is a pretty good character, but for every success, there’s another overly stereotyped or clichéd example that can grate a little. And that’s pretty annoying, since I quite quickly appreciated the overall charm of the game and wanted it to succeed.

Despite the time rewind mechanic, Life is Strange is anything but odd when it comes to the gameplay. In fact, it follows the episodic format of the Telltale games almost exactly. There’s limited interaction beyond the main storyline, no item management, minimally taxing puzzles, and a heavy emphasis on storytelling, dialogue and moral choices. There’s even the now mandatory screen at the end of the game where you can compare your choices with other players from around the world. Even the amount of content follows the pattern closely, with around 2- 2.5 hours for your £4. 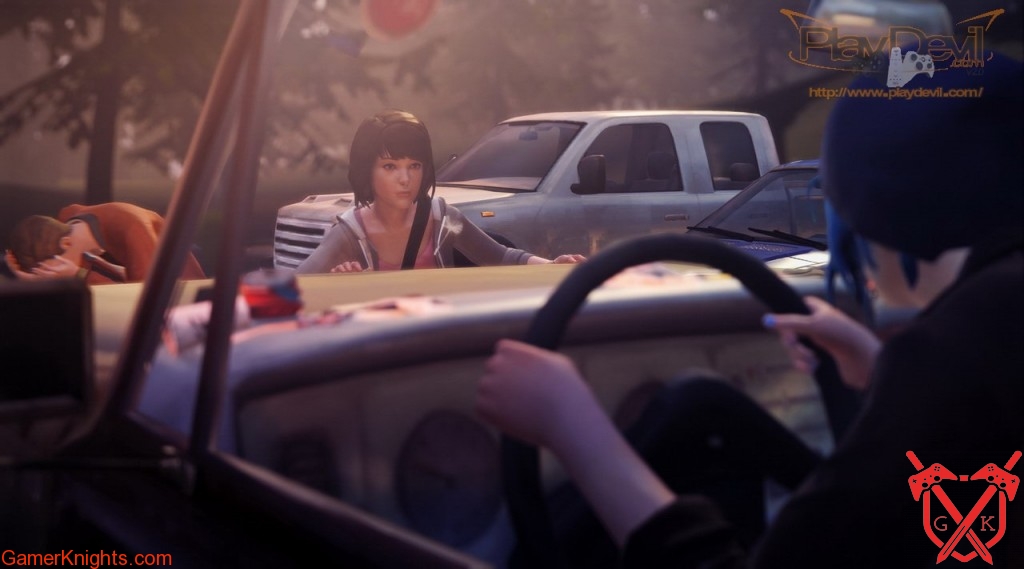 The rewind mechanic does add to things though – it’s the reason why you can’t ever really ‘fail’ a puzzle, because there’s always a chance to do a Cher and turn back time and find a way. It’s also interesting, because it gives you a chance (as long as you are quick, in a couple of scenarios) to experience the whole gamut of moral choices in a single playthrough and choose which one suits your style best, rather than hoping that your button press is what you think it is. It also adds to the confusion about what the game really represents. Compared to a Telltale game, the first episode is rather mundane.

Whilst it’s not, therefore, an ideal introduction to the genre, I’m quite excited to see where the game goes. Will it be a simple High School tale, or will the coming tempest be the premise for a much wider use of these powers? Either way, Life is Strange has enough hooks to keep most players interested. 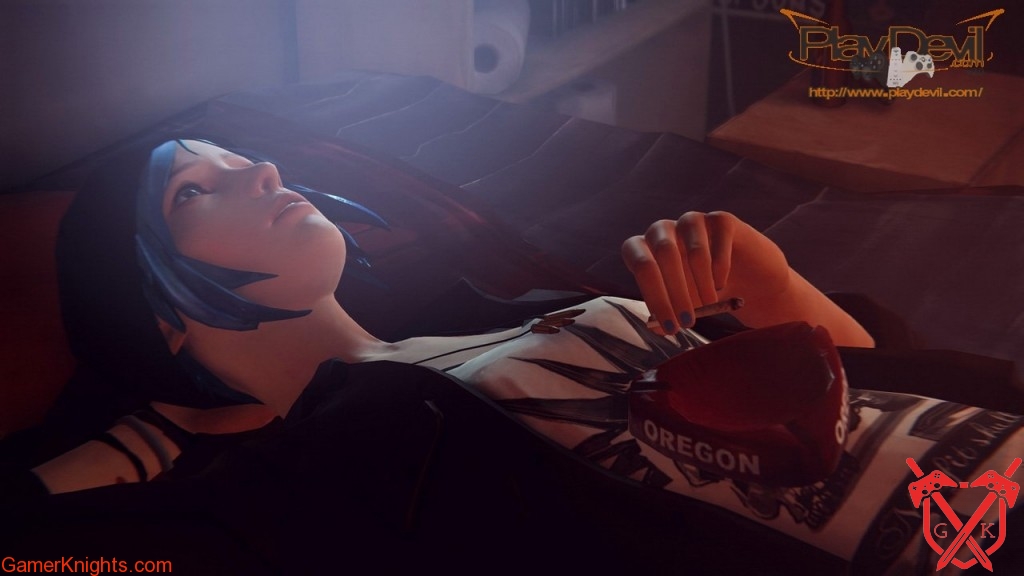 The licensing bucks at Epic are finally drying up as fewer and fewer studios remain using the now venerable Unreal Engine 3, but despite the age of the engine, some of the traditional issues continue to rear their head. The game has a lovely art style, which looks realistic at first sight whilst actually having a little bit of a hand-drawn touch to it which is far subtler than anything which Telltale has done in its work. It’s a lovely-looking world with loads of detail, when the detail wants to actually render. The texture pop-in after a load is some of the worst I’ve seen in a number of years, and really detracts from the experience.

Thankfully, the chosen graphics engine can’t detract from the excellent sound package. The voice acting is excellent throughout (although occasionally the script isn’t always so good), but it’s the thoughtful use of different pieces of music at certain points that elevate the game above some of its adventure game peers.

Life is Strange is an interesting debut: I’m keen to try the next episode, but in some respects it lacks the immediacy and the strength of characterisation that Telltale games are renowned for. It’s more of a thinking man’s game, slower paced, slower to get going and in general, a slow burn. But, there’s something intriguing and beguiling about the world in which the game is set; the looking back into a past where the most one had to worry about were the foibles of school life, how you wished as a kid to have some kind of super power, and how you’d then go about using it and the consequences it would bring about. There have been, academically, stronger starts to this kind of game, but would I rewind time and not play Life is Strange? No.