Mortal Kombat 11’s zany story, superb graphics and friendly difficulty and tutorial options should make it a sure-fire hit. But the grindy Krypt, dubious currencies and lack of balance take some shine of an otherwise excellent fighter.

Mortal Kombat is a series that I’ve come back to time and time again, despite being rubbish at fighting games. Whether it was MK 2 or 3 in the arcade, MK4 on the N64, Deadly Alliance on the GameCube, I’ve always been interested.

And recently the crazy storylines have had me more than intrigued. 11 games in, does the franchise still deliver?

The narrative in MK11 – wow. Just wow. NetherRealm have successfully managed to blend a storyline that brings in time travel, and previous versions of MK characters interacting with their modern counterparts. The Johnny Cage chapter is just immense. Old and new together, the original 90’s Cage the loveable, cocky ass he always was, cracking onto women in a cringeworthy way, with endless pairs of sunglasses stored away. The way he picks up a scar and the effects on his older self is particularly well managed.

In fact, all 9 chapters of the story are well done, with options to even choose your fighter in several of the chapters. This part is silly to the extreme, but done in a way that’s genuinely funny. The plot has some more tender moments though, and genuinely tries to deal sensitively with Ajax and his traumatic prior battlefield experiences. My only criticism is that I’d have liked a couple more chapters!

The story is a mere 4-5 hours, but it’s only a very small part of a frankly ridiculously large package. The game has a hugely detailed tutorial system, and whilst it’s not perfect (the difficulty ramps up quite suddenly, and the linking of the lessons could be better), it’s still far superior to any other fighting game tutorial system I’ve played, and a very welcome addition for someone like me who last played MK9 all the way back in 2011. 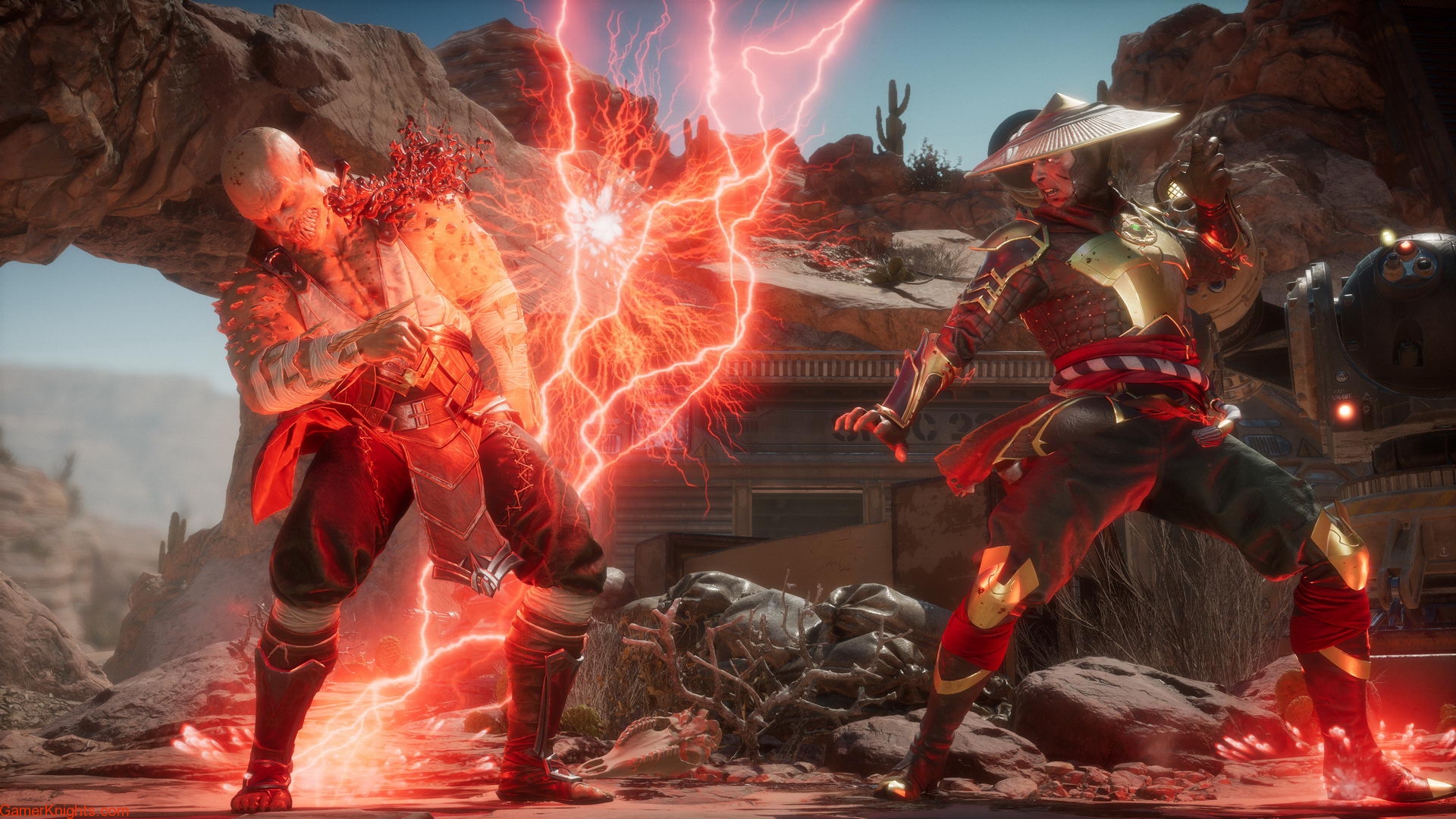 The single-player modes allow for a huge amount of customisation, right down to how the AI will fight, and the game is excellent at exposing facts to you to help you improve and understand damage rates. And as always with MK, there’s more to the game than just standard arcade and story modes for those playing offline.

There’s the Krypt, a returning feature for unlocking all the collectibles, and the tower modes. Unfortunately both of these elements suffer from some flaws at present. The Krypt has been randomised, in an attempt to stop people mainlining the good items, and there’s about a billion types of currency involved. It all reeks a bit of a free-to-play game, even if you can only actually purchase one of the currency types. Rewards are also stingy, and the whole things feels unbalanced at best, and a sly way of getting you to spend time and money at worst. 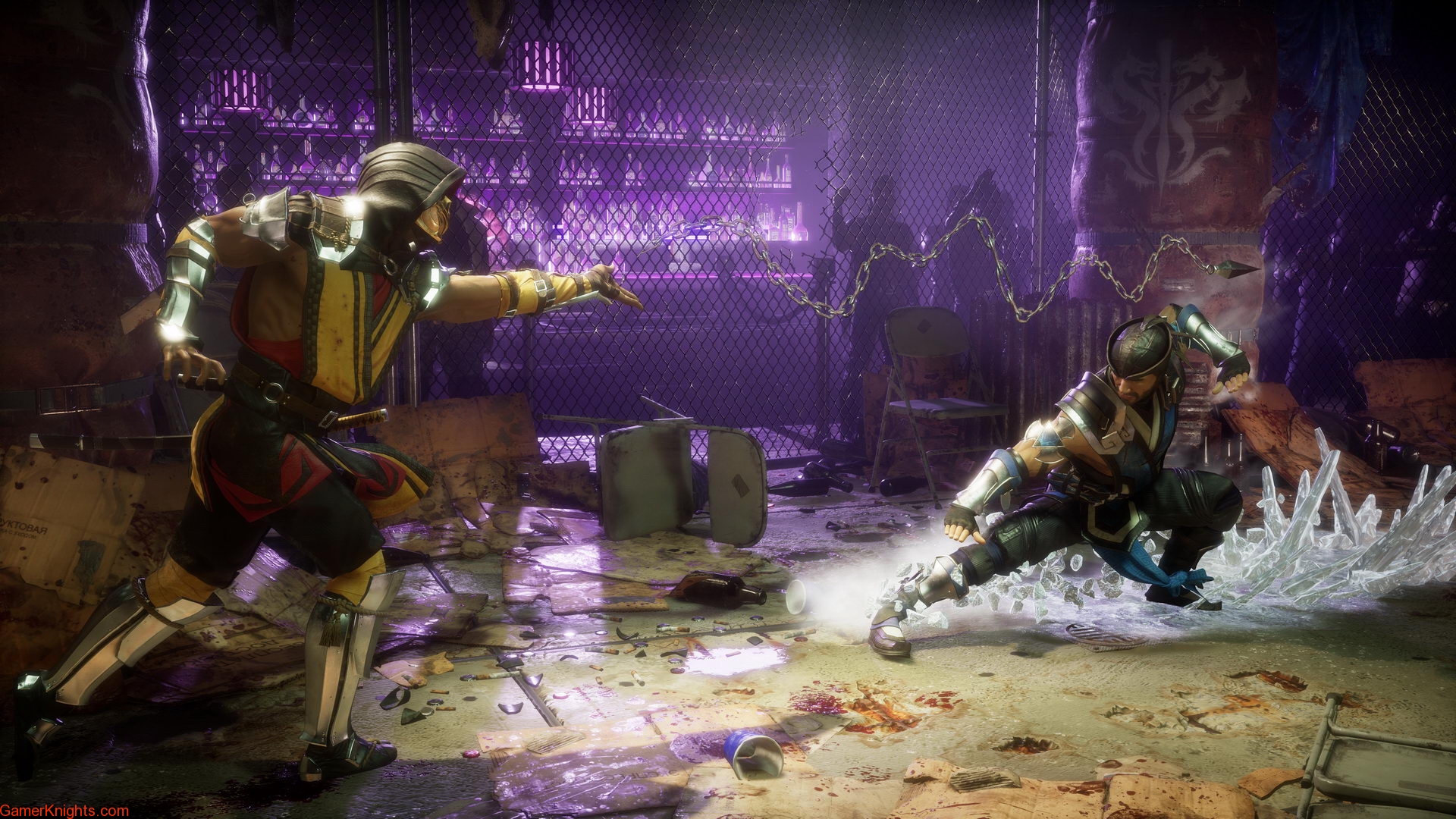 Some of the currencies can also only be earned by beating the tower challenges, which involves battles with a number of modifiers. Especially as someone who is not exactly a fighting game expert, these feel difficult and broken to the point of unfairness. It’s even more bizarre when you can use some of the rewards for an easy fatality, something I’ll need more than a skilled player!