I grew up playing Mortal Kombat. I probably shouldn’t have, but I did. I still own my worn-out VHS copy of the camp movie adaptation, and somewhere I still have a pad with all the fatality inputs hastily scribbled down. Suffice it to say NetherRealm’s gory fighting franchise has always been close to my heart. Over recent years the series has been getting back to bloody basics and I’m glad to tell you that with MKX, the studios latest iteration in the series, they’re continuing their upwards trend. In fact, it might just be the best Mortal Kombat to date.

Following on from the clean slate of MK9, Mortal Kombat X still has most of our favourite faces still breathing air – a nice change from traditional Mortal Kombat canon (kanon?) which always entertained a swiftly escalating body count. With Shao Kahn as dead as he’s going to get for a while, we look to Shinnok to take up residency as the series’ big bad, and he does so with bony aplomb. He immediately gets to work being a dick to everyone.

The storyline jumps between this timeline and one twenty years later, with aged kombatants who have families of their own – a really nice touch. The story doesn’t solely focus on Earthrealm fighters either, putting us in the massive shoes of the likes of Kotal Kahn as he tries to suppress a civil war in Outworld. If none of this is making any sense to you, you obviously haven’t been paying attention to Mortal Kombat’s excellent story modes these last few years, but suffice it to say they’re definitely worth paying attention to.

Whilst a lot of what’s here seems melodramatic at surface level there’s some real heart beneath it all. With MKX NetherRealm show that their writing is evolving and maturing, and the cutscenes are a great reason to keep playing through the excellent story mode. In all honesty, MKX puts every other fighting game out there to shame, and I hope they’re all taking notes. Just because the fighting plane is two dimensional it doesn’t mean your narratives have to be.

The guys at NetherRealm have always said they want to make Mortal Kombat appeal and be accessible to casual players whilst also being a viable game for high-level tournament brawling. As a tourney player I can tell you this is an unbelievable ask, but with recent Mortal Kombat entries they’ve somehow achieved it. With MKX this balance is brought close to perfection. 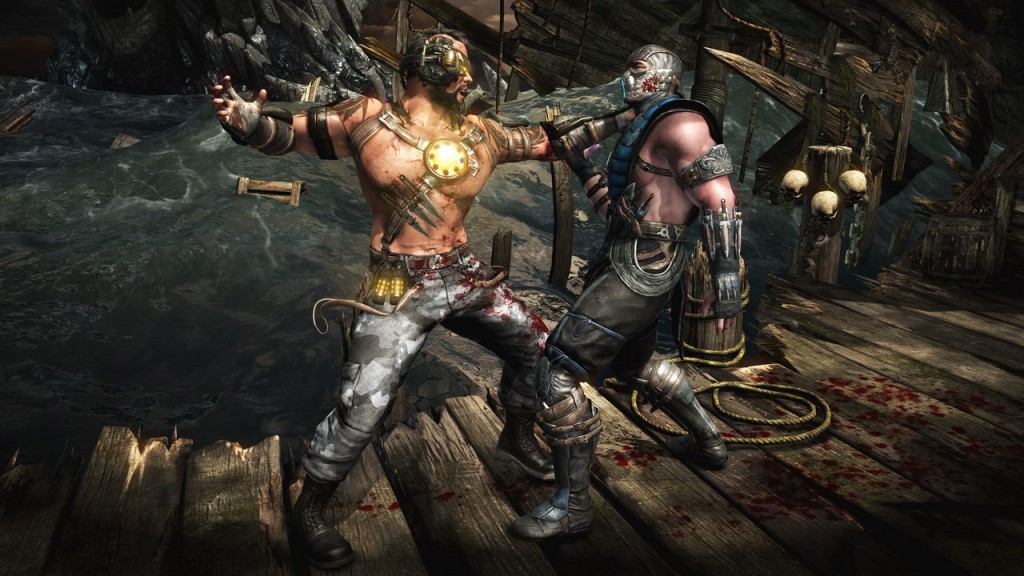 MKX is an easy game to pick up and play. Whether you’re button mashing or slowly learning the inputs for special moves, MKX does it’s best to ease you into it. In the pause menu there’s even tips for starter combos that hint at what move links in to one another, and it was with this addition that MKX truly got me thinking. It’s likely to help a lot of fledgling fighters, and it’s a smart addition to a series that wants to appeal to such a wide variety of fans.

MKX plays brilliantly – its combat is fast and fluid and bone-crunchingly disgusting at all times. X-ray moves and kombo breakers return, making sure the violence is always moving along at a swift pace and that there’s always options for fighters who are backed into a corner. Matches are tense affairs whether you’re battling against friends on a couch or playing strangers online, and I can’t wait to make this game part of my regular party rotation and disgust all my guests with the horrific new fatalities. 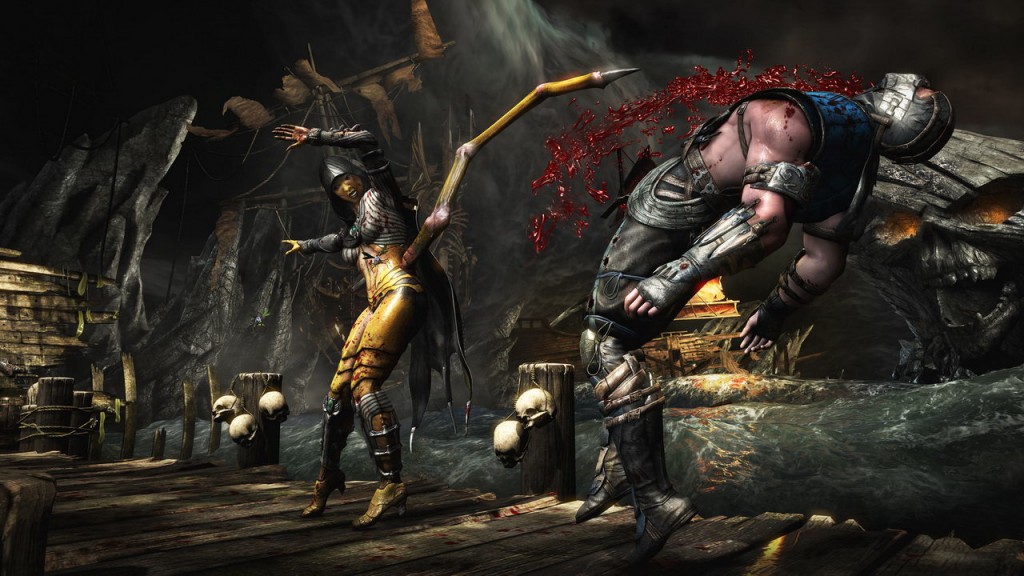 My favourite thing about MKX is its smart roster of wildly different characters. There are a couple of missing faces I’d love to see return (Smoke makes a brief cameo, but I want him back for good!) but overall the roster is one of the strongest I’ve seen out of the gate. This excellence is buoyed further by the fact that each fighter has three distinct styles you can choose when you’re selecting them. These styles allow access to an entirely different additional move set. This mix up is going to be great for keeping opponents on their toes, and ensuring that no character gets left at the bottom of a tier-list. Every fighter becomes more versatile and viable in high level play, and I can’t wait to see some of the match ups when tournaments roll around.