It’s been many years since Milestone started handling the two wheels and we finally had to get to MotoGP 20 to write – perhaps shouting for joy – that the miracle has finally happened. The new episode of the well-known racing series is here, and without any dose of exaggeration, it is not only the best MotoGP digital institution to show, but one of the best moto racers of all time. The years of testing, reflection, countless experiments and mistakes have finally paid off, so let the friends of the two wheels wear helmets and gloves because the Italian development team has finally gotten serious.

In general, the MotoGP 20 moves in the footsteps of its predecessors, without shocking changes or additions. As usual, special attention has been paid to the general aesthetics of the title, where avoiding copying the tedious layout of the official institution, it follows its own, more modern and simple image. The main menu is very neat, while in a pretty smart way everything is crammed into a single screen, without any “scrolling” right or left.

Fortunately, creating a digital rider is not as tedious as it used to be, and all of its equipment comes from well-known companies in the field. Also, this year the unnecessary tutorial is missing, so with concise procedures the player is transferred to the elegant as previously mentioned main menu of options. The title is divided into four main sections: the quick mode, the well-known career, the always interesting historic mode and, finally, the particularly enjoyable – due to current events as we will see below – multiplayer. In the first of these modes, as usual, there are options for a quick race or the option to participate in a full racing championship, with all the official riders and teams.

And here is the first surprise. Milestone, moving fast enough – perhaps a little lucky – and before the pandemic broke out, managed to extract a lot of data from the development tests of the teams and thus present in detail all the motorcycles and drivers of 2020. Maybe for the time being the championship is frozen and no one knows when these beasts will sound again, but the MotoGP 20 already has an ace up its sleeve. Everything is up to date and even the motorcycles will once again be the ones to steal the show. 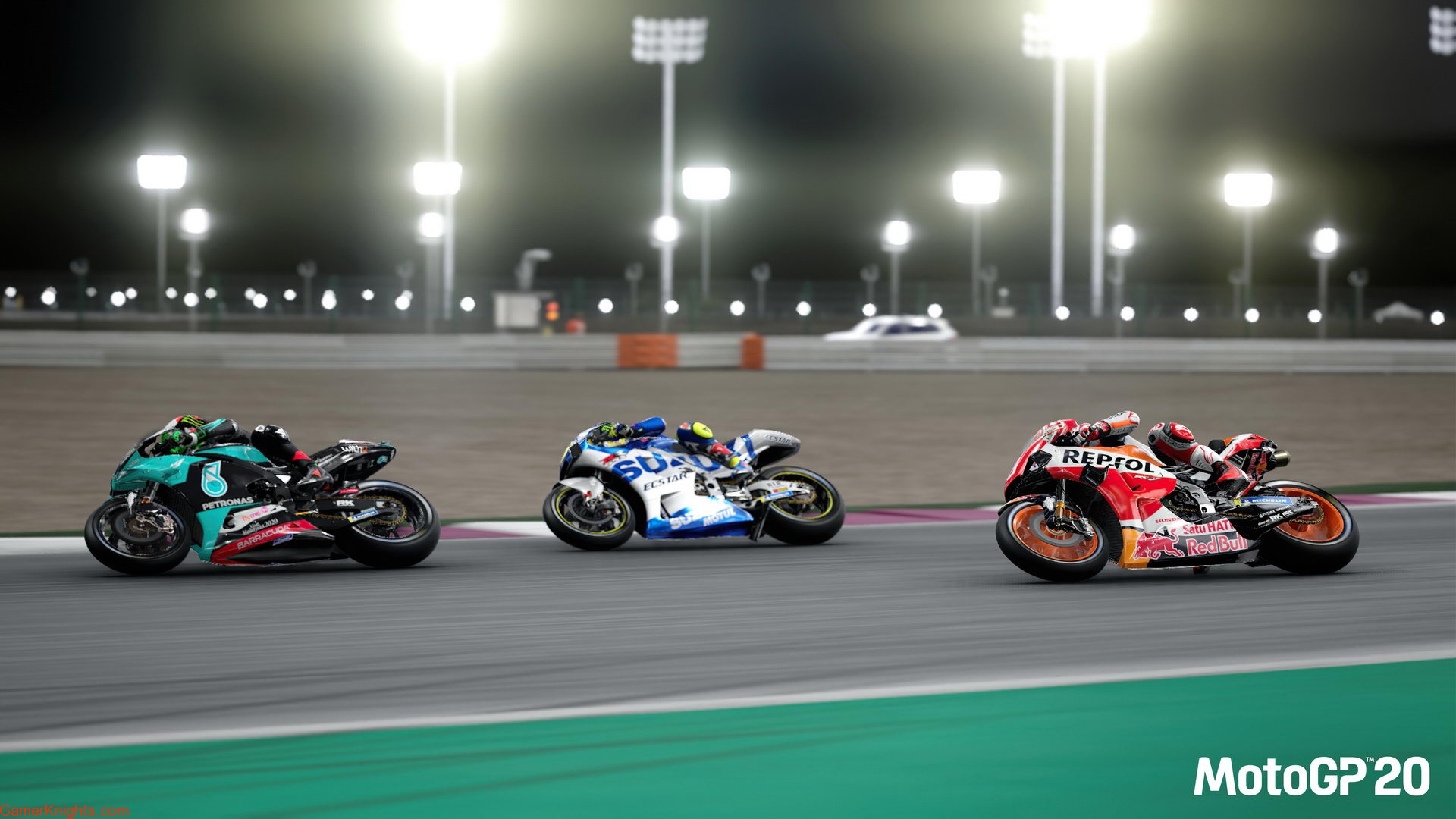 Taking a look at career mode, practically everything has been transferred from last year’s title, so there is no need to say too many things. The user selects the category that he wants to start his career, and so the categories include Moto 2, Moto 3 and MotoGP. The Moto E category has probably encountered many obstacles since last year, and so – as it actually happens – it shines through its absence. From then on, the player will be able to select his team, be informed of its requirements, and by assembling a smart manager, a race manager and an engineer, he will climb to the top of the rankings.

The pleasant thing is that just as the rider’s position is uncertain and depending on his performance can be replaced at any time, the same is true for the rest of the team. In the course of time, more and more experienced engineers will make their appearance, but at a similar cost, so financial management is still a pleasant hassle.

The structure of career mode is based mainly on the evolution of the motorcycle and not so much on achieving victory in every race. Most teams are looking for stability during a season, and the various tests that appear between timed tests are as demanding and enjoyable as they should be. Achieving its goals, the rider will gain credits, which in turn will be able to use them to improve his motorcycle. The parameters in which it can intervene are innumerable, and ultimately the pleasant thing is that if all these numbers, graphs and statistics are interpreted correctly, there will be a serious improvement in the behavior of the motorcycle.

For another year, Milestone leaves nothing to chance. So the control model, aided by the highly tuned Unreal Engine in terms of physics, is dreamy. Those who are lucky enough to have actually ridden a motorcycle with a similar displacement will be amazed at how the development team managed to introduce them to a digital proposal. The way the machine behaves on asphalt is unprecedented, surpassing even its predecessor, and the amazing thing is that some “explosions” or “nerves” of the engine when the player does not use it properly. The rider’s movement is as smooth as it should be, while the abrupt movements and violent shift of the center of gravity have an impact, adding several seconds during the timing. 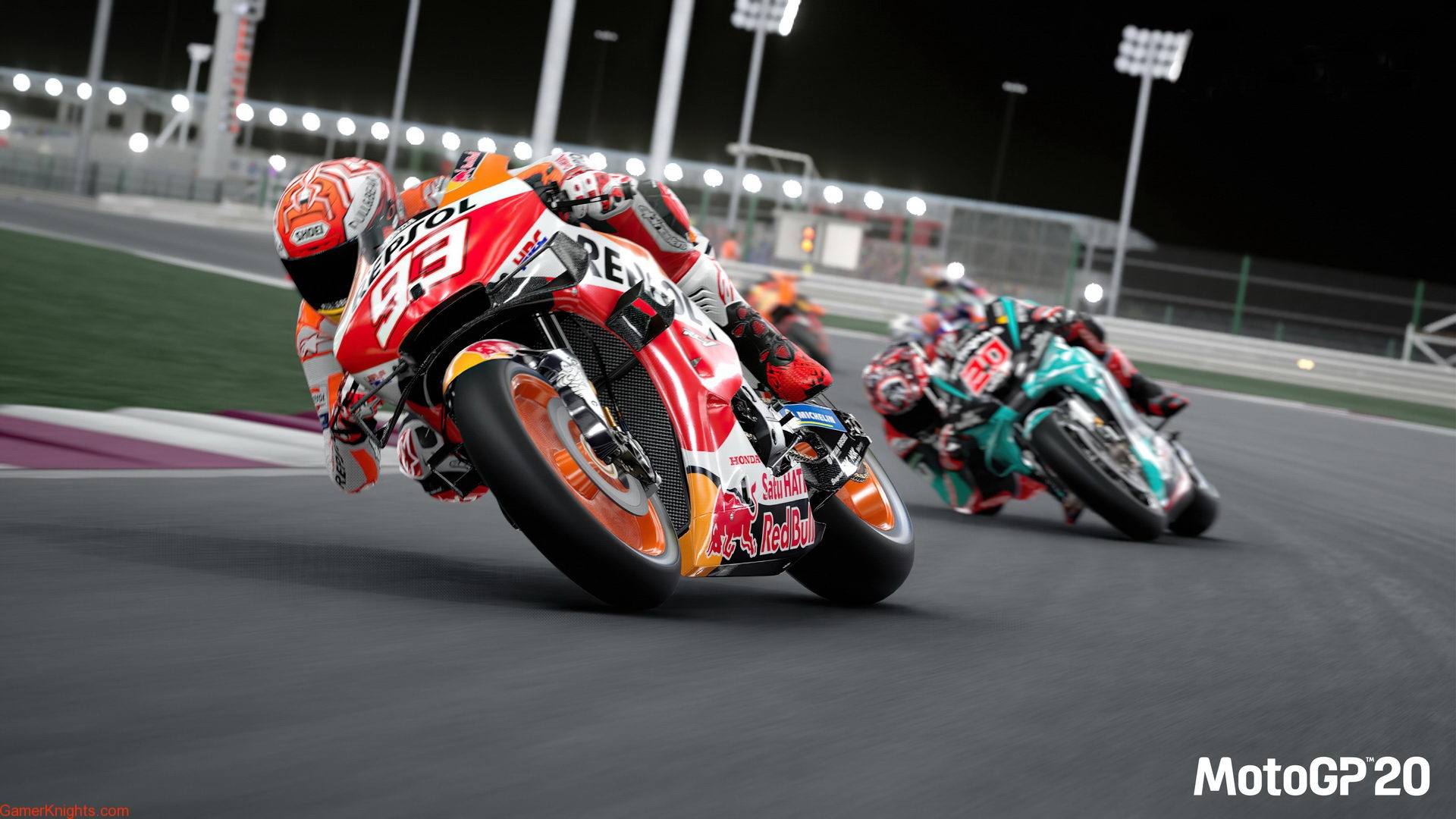 The braking continues to be a unique “ritual”, which when performed correctly will raise the adrenaline to the heights, while the choice of the rider’s style, especially in the way he approaches a turn and then moves in it, has no decoration roll. As before, the player can use one of the five available driving styles, all borrowed from the corresponding actual drivers, and move based on that. Depending on the tastes and abilities of each, the extreme slopes of the machine, the violent opening of the throttle, the prolonged and abrupt braking, are characteristics that differ from rider to rider and, of course, will be a criterion for victory or destruction.

Strategy plays an important role this year as well, with the use of the ECU requiring caution as otherwise excessive force will strain the tires, quickly drain the tank and the race will end ingloriously. The next of the four modes mentioned before is the historic, and it basically offers what its name says. The player is required to take part in tests that borrow data from the past. The rich history of the institution unfolds quite beautifully, although only the most capable and patient will endure to the end. After each test and depending on the ranking and the points he has collected, the player will be able to unlock historical motorcycles from the distant and recent past, riders and even routes.