MXGP is back, but beyond some better AI, much improved menus and a new playground mode, you’ll probably struggle to tell the difference over last year’s game.

The MXGP games now seem like annual occurrences. With the limited budget that Milestone has, does this year’s edition offer enough over previous iterations?

The major enhancement to this year’s game is the Playground, which is set in France. There’s a large open area, which includes a couple of tracks and some curated challenges from the developers. You’ll need to drive to each of these to start them, which makes you realise that whilst this is a wide open space, it’s also completely lifeless and largely devoid of meaningful content. The challenges themselves are much too hard and suffer from overly-long loads like the rest of the game. 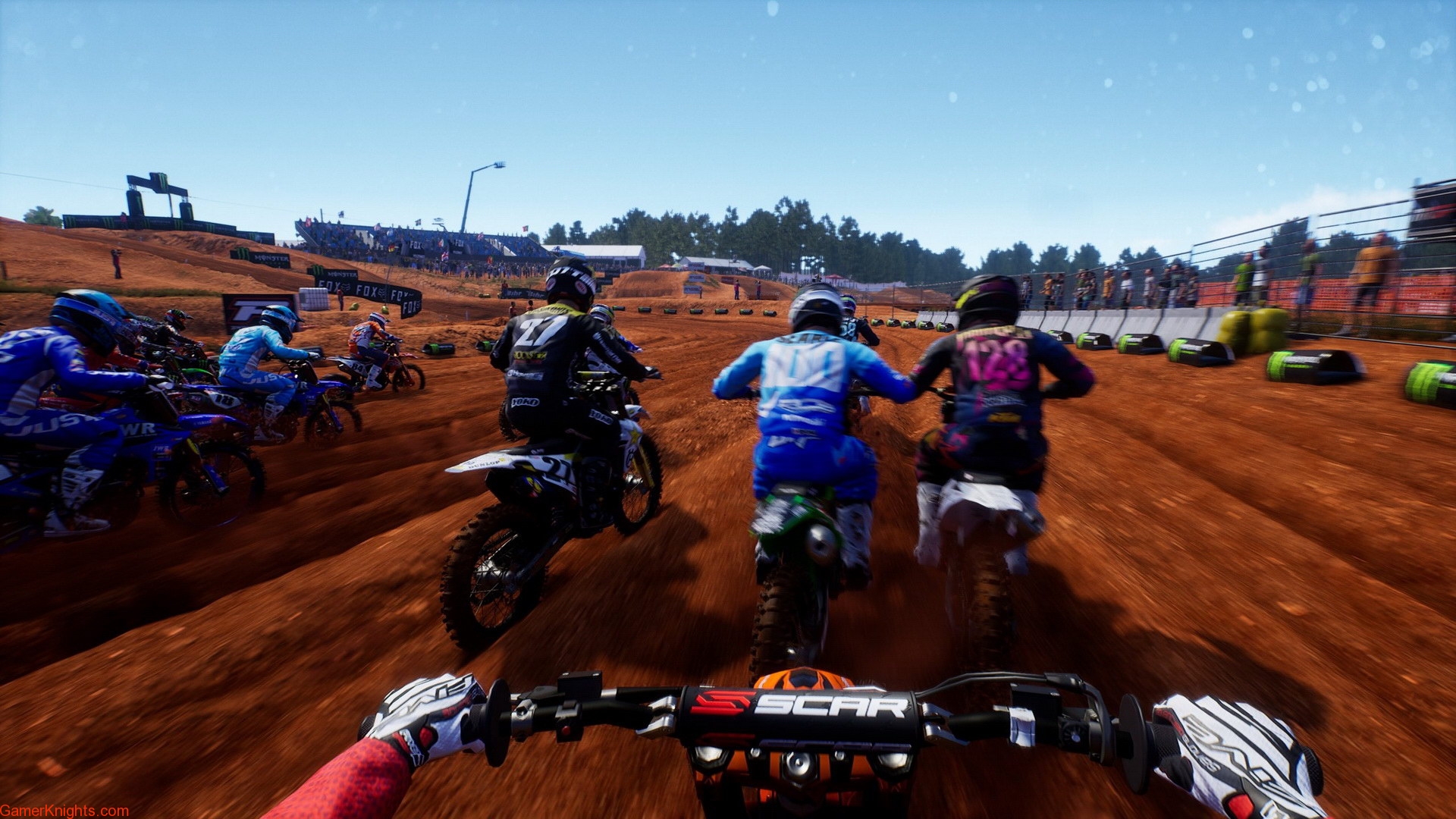 You can create user-based tracks or waypoint races (and race on tracks that others have made), but the quality of the tracks so far is fairly dire, and they all look the same. The idea here is superb in principle, but unfortunately the execution is a swing and a miss. That’s not to say that Milestone should scrap the idea, more that the promise shown is undelivered. In another couple of years this could be a really well implemented feature.

The rest of the game is pretty much what you’ve come to expect. A ‘career’ which contains no story, no fake social media, just a slug through MX2 and up to MXGP. Unfortunately it seems like the races have been artificially lengthened, so for those who are looking to make it up to MXGP quickly before extending the races will be very disappointed – even on the quickest setting, you’ll have 2 races of about 10 minutes each on a 17-race calendar. Compared to the way that F1 2019 integrates F2, it’s another disappointment. One notable improvement is in the AI though, which is far less robotic than before, even if it’s still a few steps behind the competition. 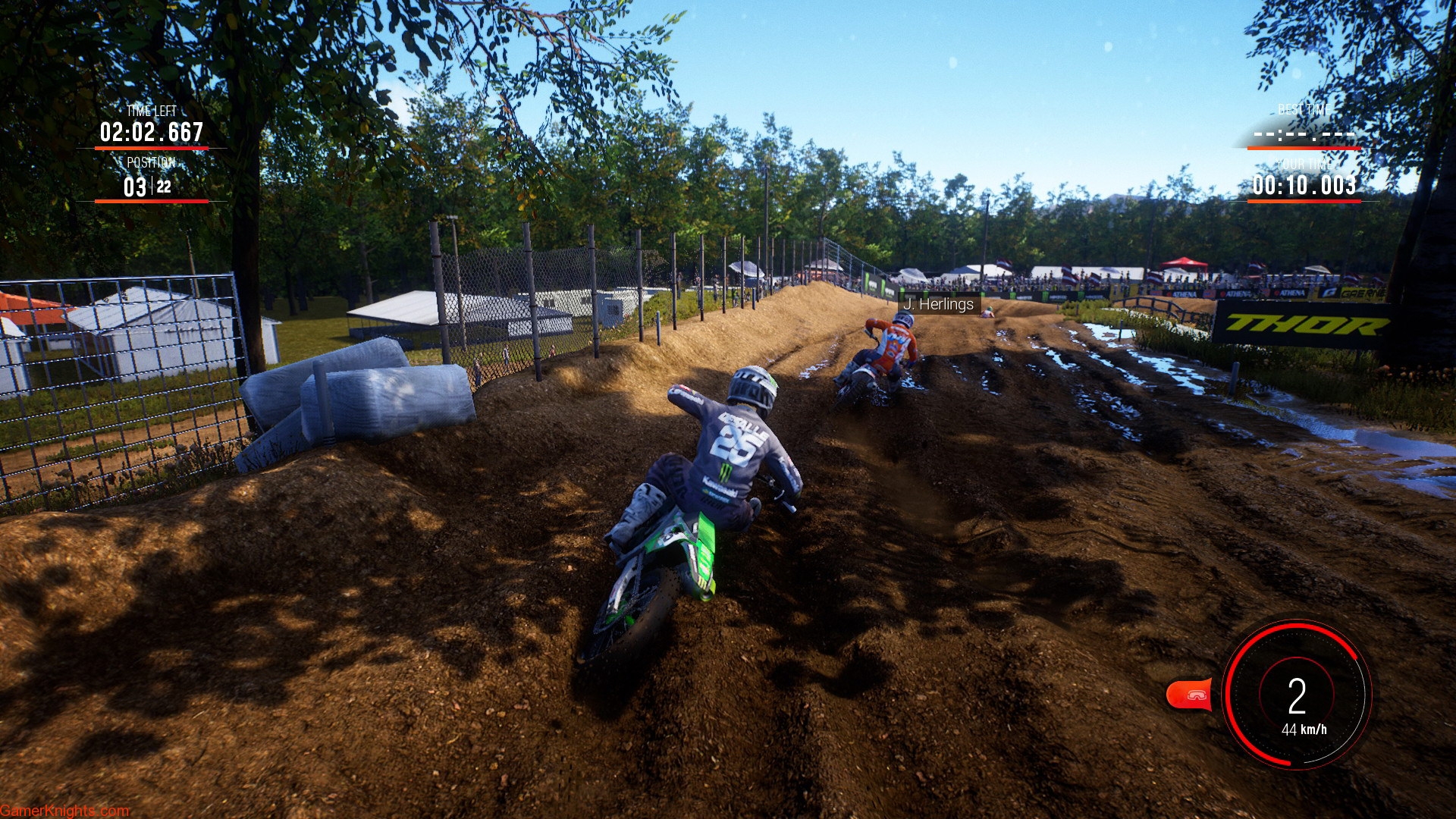 Online multiplayer is of course offered, but have fund trying to find a game. Multiplayer is normally dead in these releases, and unless you have some like-minded friends, don’t expect to be playing against other humans very often.

Milestone has made great leaps and bounds with the way their 2-wheeled games look and feel over the last few years. This time out, the menus appear to have been the main beneficiary, finally becoming easy to navigate, clear, fresh and modern (beyond the way a hilariously stylised “braaaap” appears from time to time). 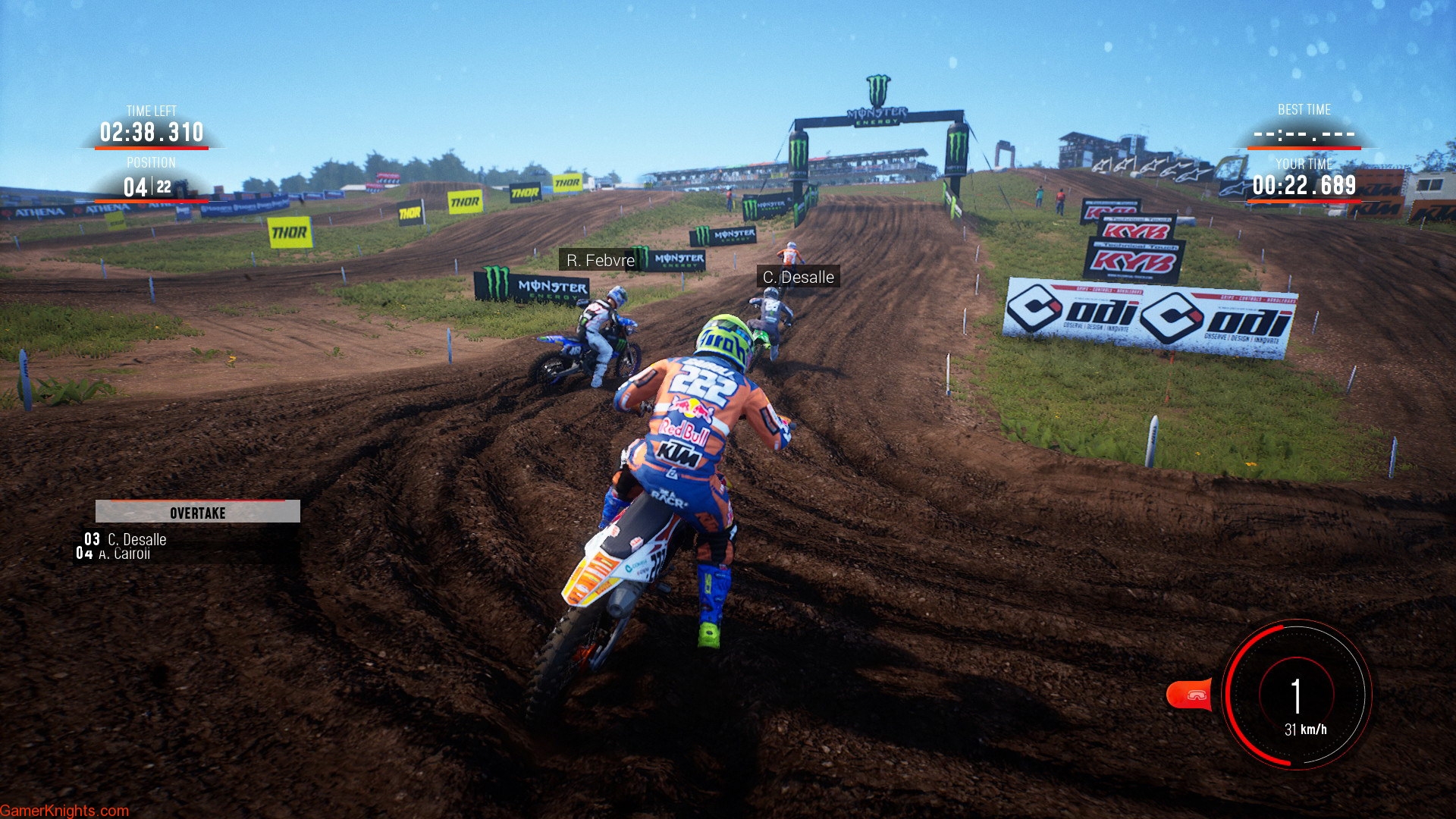 Otherwise, the game is still a way behind F1 (and the gap is increasing rather than decreasing) in terms of broadcast quality, commentary and feeling of crowd and venue realism.

MXGP 19 is a bit frustrating. The idea of the Playground, with the track creator and more open objectives, is ambitious and interesting. But it’s been implemented very poorly with long loads, frustrating curated content and it feel devoid of enough things to do. And with only some minor AI and graphics tweaks across the rest of the game, there’s not enough good new content to make upgrading worthwhile.