The world of heroes returns to action with a continuous and unambitious experience.

This is the new installment based on the Kouhei Horikoshi superhero franchise inspired by My Hero Academia. The first chapter of this managed to establish a solid foundation by which to look forward to an evolution in subsequent installments. Unfortunately, this sequel, despite being correct in its function , ends up especially sinning as it is a continuous and unambitious title . Below we discuss in depth the main sections of the video game.

Mainly, as in the first installment, we find that the offline experience is divided into two different concepts: story mode and mission mode . Although it is true that we also have a free combat through which we get together with up to four different friends, it is not less that, mostly, on a daily basis the players need experiences that they can enjoy both on their own and in the company of others .

In this sense, we will start by talking about the story mode, which basically follows subsequent events from the end of the first installment . This being so, we will point out that My Hero One’s Justice 2 is limited to narrating the arcs of the examination for the provisional license of heroes and the one that confronts the Japanese yakuza , with faces like Eri or Chisaki making their own appearance – the first, logically , as a non-playable character. Basically, the story is narrated through various vignettes, as in the first installment, and finally we find a brief cinematic that closes the story. 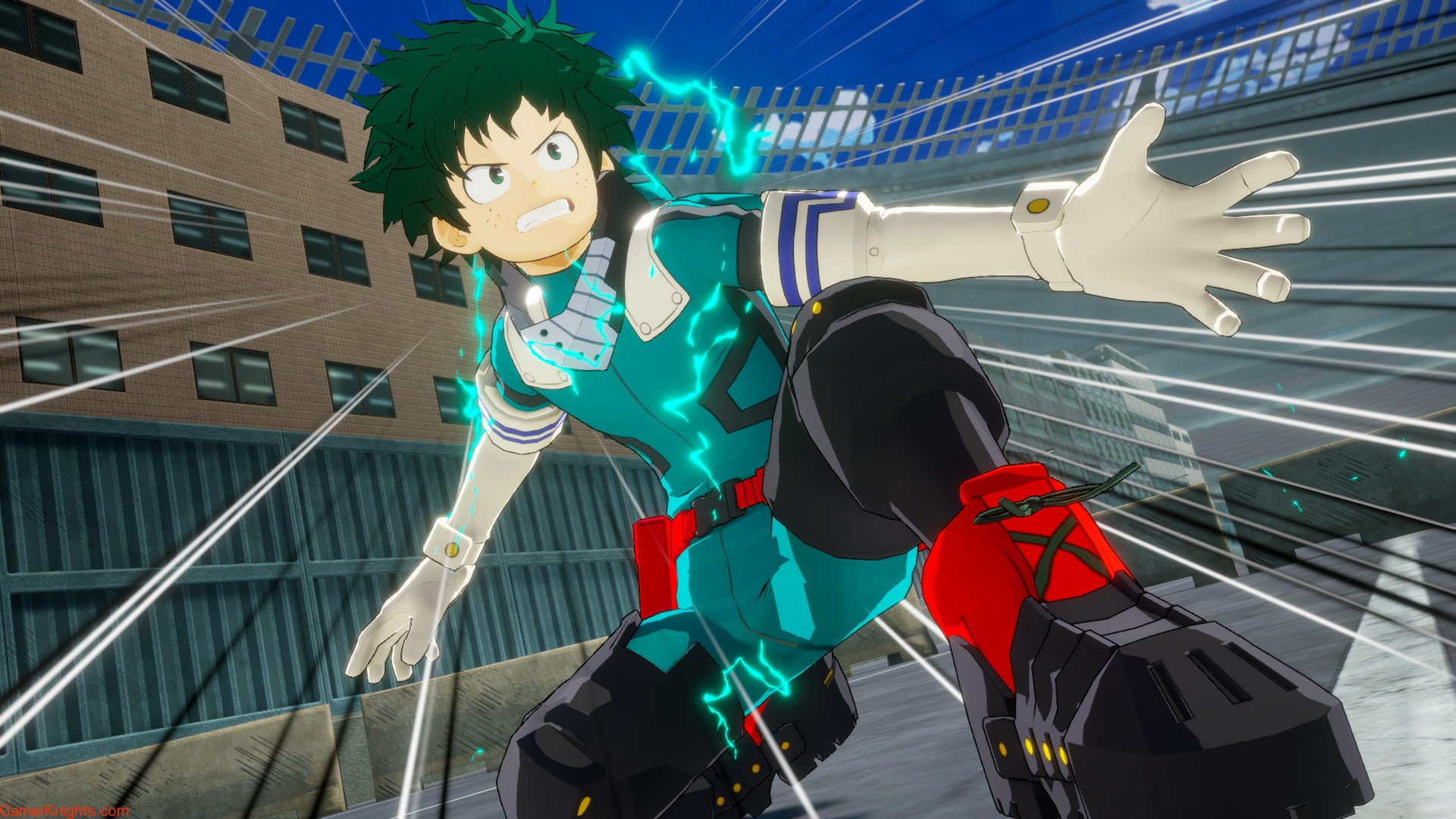 Those who have already read the manga or watched the anime will find little incentive here beyond that of unlocking outfits and accessories and earning coins through which to purchase these. The only ‘extras‘ provided by the story mode reside in some side missions in which we control heroes or villains – the mode returns – in confrontations not present in the original story. These are easily identifiable because they always occur against the same annoying – very annoying – NPC , which merely changes the color of his clothes from one combat to another. Considering that we don’t even have the part of the story that told the first game, it would be good to have opted for something more of new content, even if this is not canon.

The missions mode, on the other hand, is the offline alternative whereby players create their own ‘agency‘ and defeat enemies on a map that one moves in turn. In this way, the obtained coins can also be used to buy heroes or villains here to join our team, who will then jump into action with the aim of beating all the enemies that make up a map or level. The only ‘complexity‘ that this mode presents is that we must take into account the ‘acceptance’ value of the recruited characters, since they can be expelled from the agency – which would force them to be recruited again. In short, it is a simple way that is planted as a small additional component through which to extend hours of play and get some rewards. 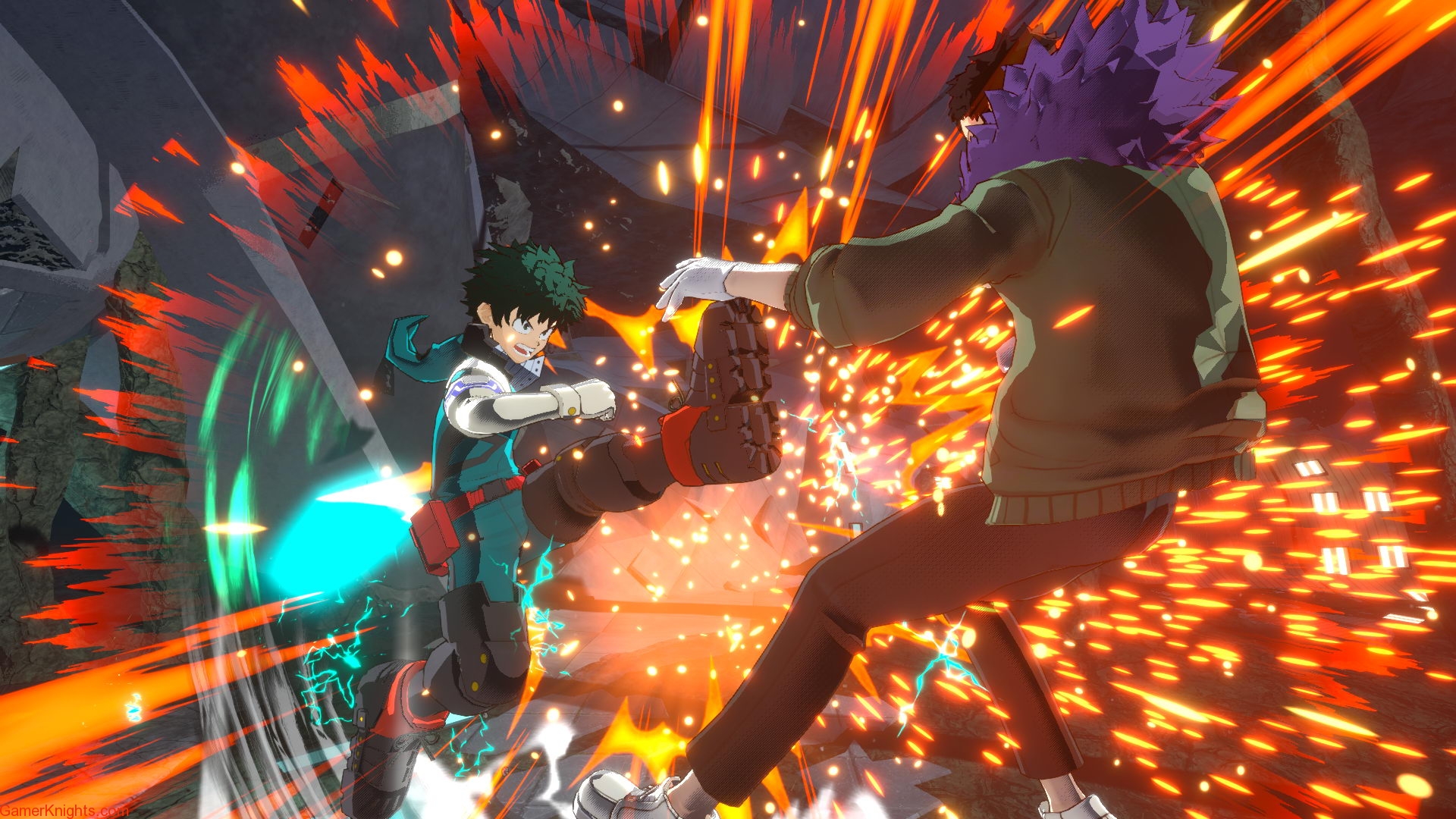 To tell the truth, where the game really remains exquisite is when entering the component of character customization . Once again, we have countless possible combinations again, which are even greater because we have new characters in the cast – easy to imagine which ones take into account the main faces of the aforementioned story arcs. Whether they are accessories for the face, legs, arms, body or practically any part to imagine, it is quite easy to find that unique model that makes the character shine. Likewise, we have various sets through which to store our creations, being these easily accessible.

Logically, personalization is once again strongly linked to the multiplayer component of the game, as this is where users will express their individuality to the entire world. The multiplayer function once again presents itself as the main lifesaver, as it is clearly the alternative that more hours of gameplay – infinite – can provide to these types of releases, in which the experience for a single user can be somewhat ephemeral. 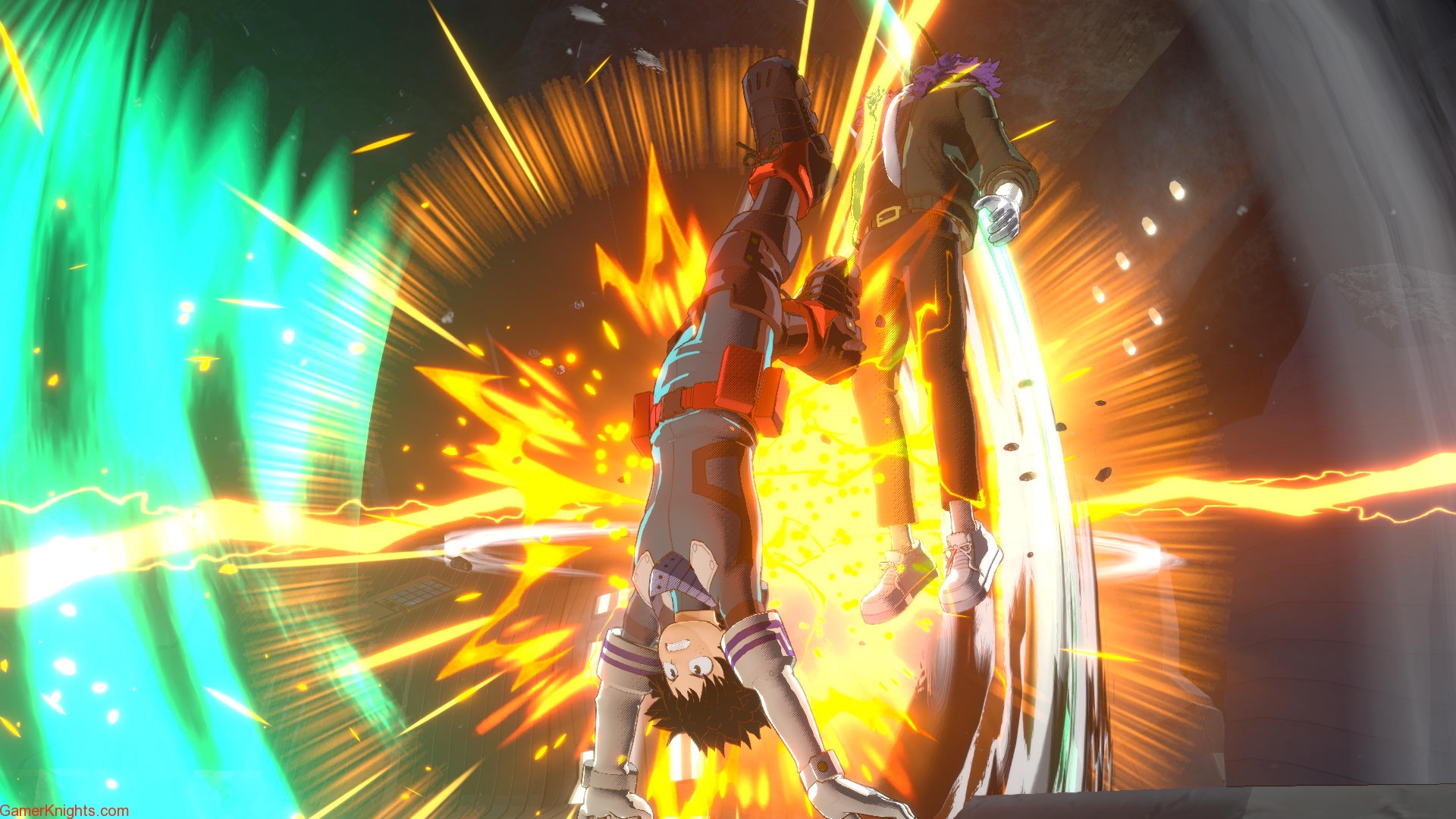 Where a lack of ambition is really noticeable in My Hero One’s Justice 2 is in the paucity of novelties in its gameplay . While it is true that there are some new mechanics, the reality is that the general experience is practically identical to that of the first installment. Although this assumes that those who spend more hours on the first game will arrive here as complete veterans, it also implies that they may feel somewhat disappointed. Again, the sequence of basic attacks returns, easy-to-execute Gifts, a block, dodge, and the occasional impossible-to-block attack to change the flow of the action. 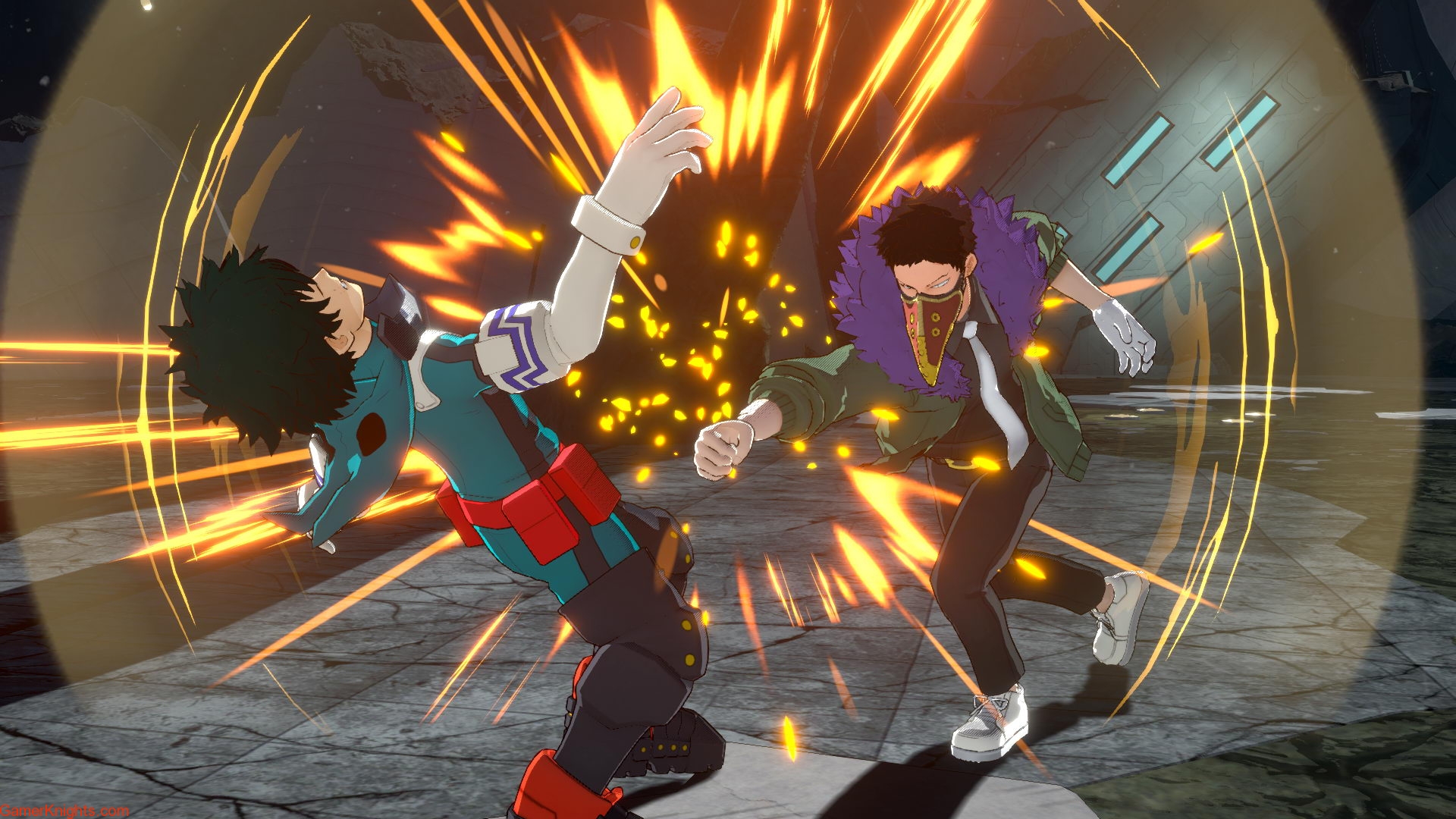 My Hero One’s Justice 2 tries, in this sense, a slight twist in the final combat of the game , which logically presents Chisaki against Midoriya – alongside Eri -. In this case the perspective changes to enlarge given the gigantic size of Chisaki, having to face the players to an immense being instead of the typical one-on-one character. Unfortunately, the combat ends up losing epicity due to the repetition of mechanics and the fact that one of Don’s special attacks is actually the final cinematic of the game, so – at least in our case – it can be seen on up to four different occasions.

It really is difficult to have the same positive feelings with My Hero One’s Justice 2 as with the first installment . Since both are very similar titles, the fact that in this case the progression is practically nil and we also tell a story that is ‘hanging’ – neither the beginning of the narrative nor the end of it, since the story continues – they make the end result not as satisfactory as could be desired.

In any case, My Hero One’s Justice 2 is still a correct title for those who love Kouhei Horikoshi’s work . The customization and winks make this a fun title in general, but somewhat difficult to recommend if you already have the first game.