The latest Need for Speed blazes a trail back into the pack, after trailing behind for so long.

Need for Speed is a series that has long struggled to remain relevant in a genre it helped define.  With better and better racing games coming out across a huge range of sub genres, the contemporary, and frankly lukewarm, Need for Speed games of the last console generation never really seemed worth bothering with. I’m thrilled to say that NFS Heat is a different beast, demanding your attention and bringing the series back to the glory days of its past.

Your mileage with Heat’s story can be assessed in fairly simple terms. If you get along with the Fast and the Furious franchise’s brash and cheesy charms, you’ll find a lot to love here in the illegal street races of Heat.

As an up-and-comer on the scene, you’re guided through events and tourneys by a host of colourful characters, almost all of which over-egg their parts to some degree. It’s fun, but it can be incredibly cringey at times too. It feels like EA are trying really hard to win back absent fans such as myself with Heat, and it works – for the most part. 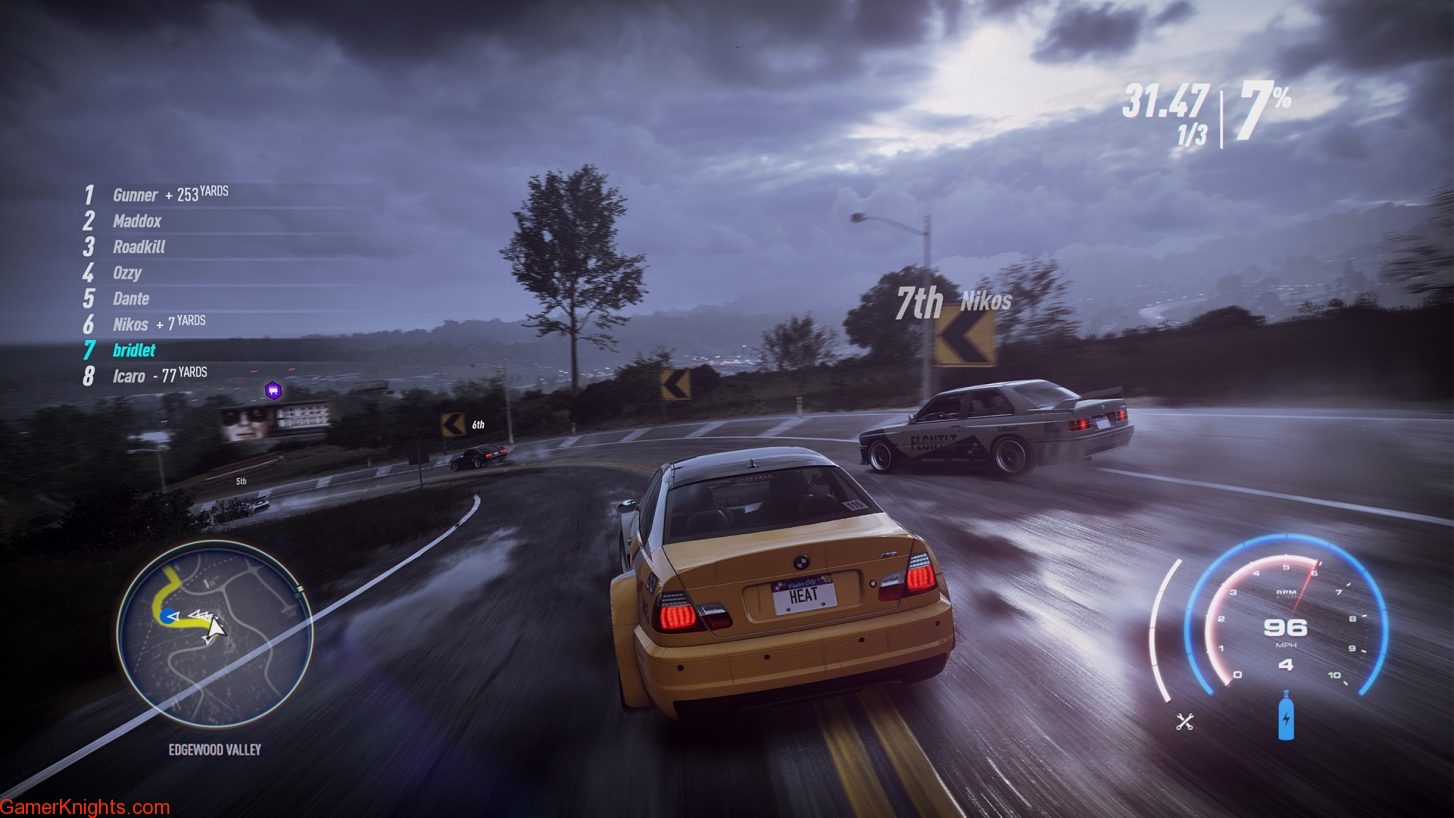 Heat brings the series back to its roots in more ways than one. Finally there’s a game that feels up there with the legendary Underground iterations of the paint-swapping series. That’s not to say there’s a new king, but I’m very pleased there’s a least a contender for the throne.

Heat’s open world allows you to drive around, get a feel for the roads, and pick out your events yourself. It was here I got serious Burnout Paradise vibes, especially with all the billboards to smash, and I spent leisurely hours careening around the map and finding ways to distract myself. The events are good – though a little too easy, even for players of humble skill like me.

There’s an interesting interplay at the centre of Heats play: the day night system. You get to choose when you head out and different events will be available to you depending on the time of day. Night time drives full of illegal races will award rep whilst under the ever-beating sun is where you’ll earn money for upgrades and new rides in officially sanctioned events. 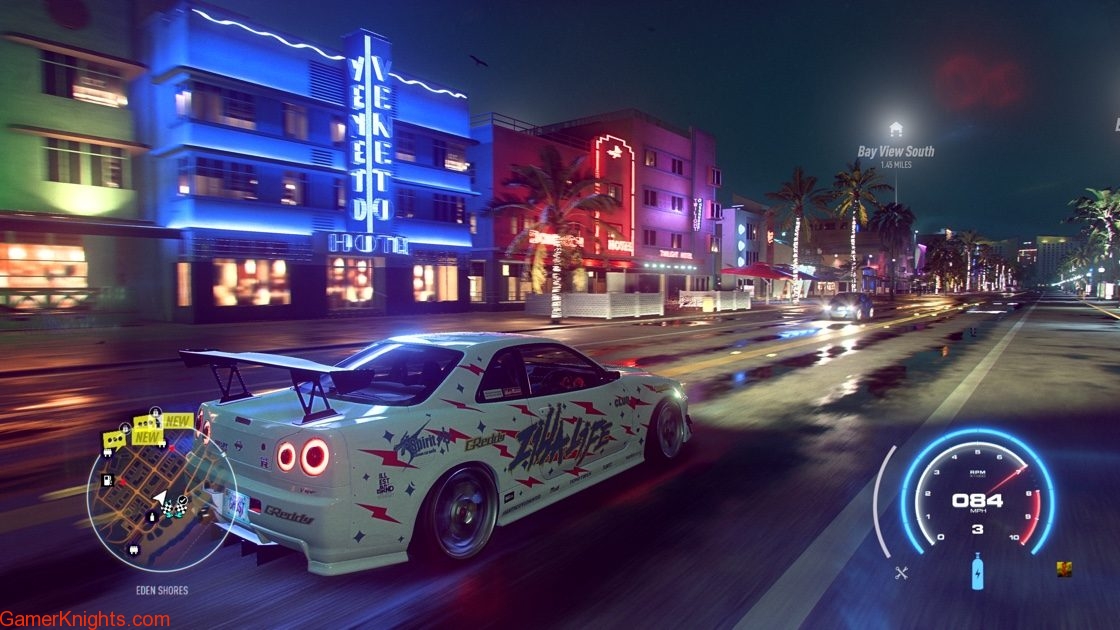 During the night you’ll have more to contend with, especially as the cops bear down on you whenever they spot you tearing up the streets. I initially found them far too easy to outpace, but they get harder to lose as the game progresses to the point where they often spoil your fun.

Building up arbitrary amounts of points to unlock new events was annoying however, and what I was supposed to do next wasn’t always immediately clear. I appreciate the freedom Palm City allows but if its at the cost of me cruising aimlessly for a while I think I’d prefer a more guided experience.

Customization is solid here, with plenty of details for gearheads to obsess over. As a novice car enthusiast I was happy to leave most of the tinkering to its automatic settings and never felt punished for doing so. 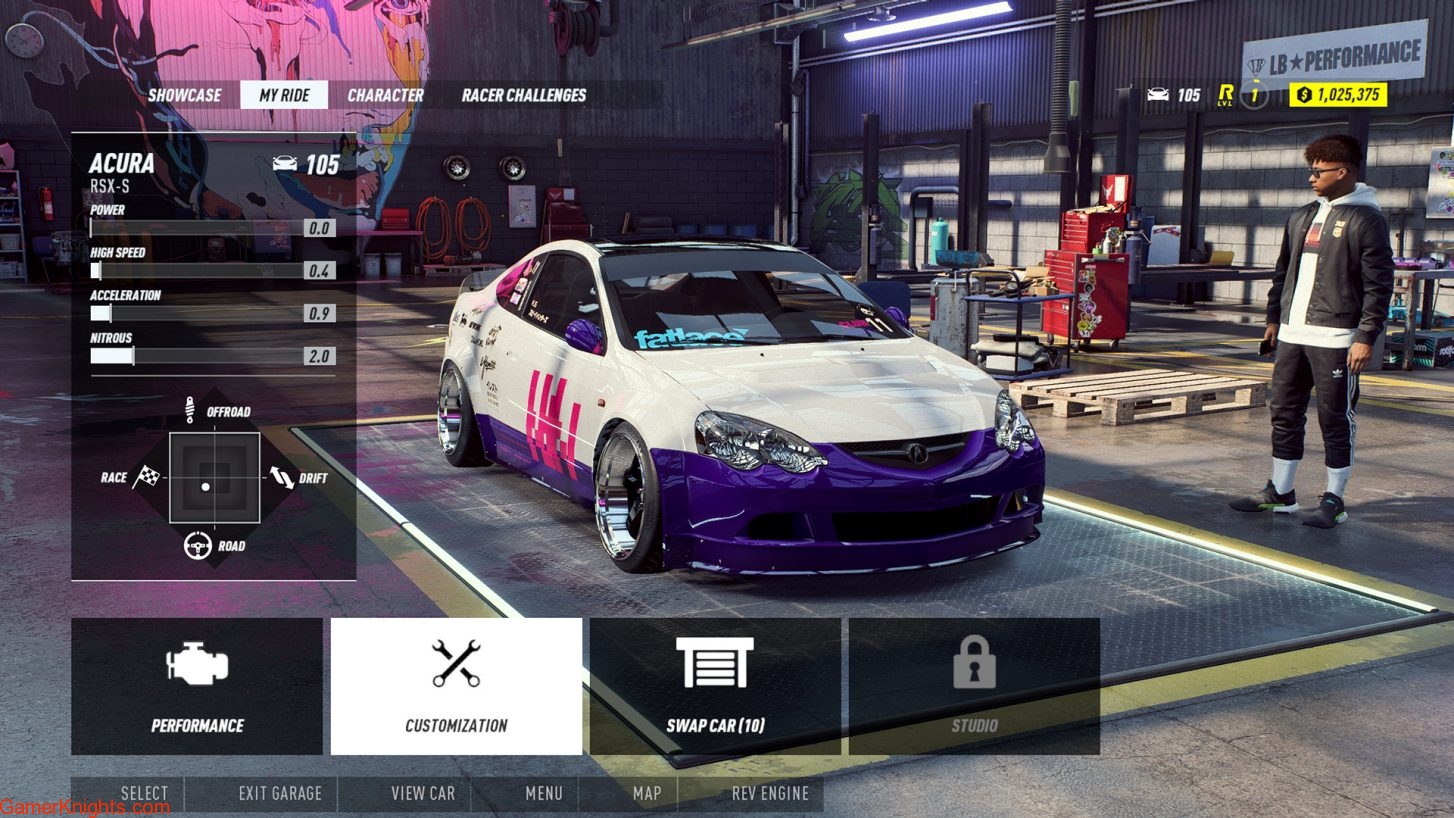 NFS Heat looks and sounds the part. Whether its the neon-soaked streets bouncing off every puddle as you whip past at night or the tangibly sweaty Miami middays, Heat looks slick and polished. Even as the scenery whipped past at ludicrous speeds, I was able to appreciate the craftsmanship that went in to building this beautiful digital playground.

The throaty grumble of every motor also felt legit, often overpowering the soundtrack with loud revs and crashes as the action intensified. I would be annoyed about the music getting drowned out, if it wasn’t so forgettable. The soundtrack – licensed as it is – is going to be completely hit or miss depending on your tastes, but I’ve long been divorced from what’s hip (Is hip even still hip?) so don’t take my cantankerous complaints to heart if you’re more in tune with modern music.

“Need For Speed Heat” is a welcome return to form, and I’m so happy that Need for Speed is back in the pack. It hasn’t pulled ahead just yet, but it’s no longer a series to be overlooked – Forza Horizon finally has some competition.