Persona 5 stole the hearts of a generation of JRPG enthusiasts, and now it's back with ever-heavier coffers to entice fans old and new.

We kind of saw this coming:

Persona 5 Royal is by no means a surprise. Atlus are all about the re-release, which would be annoying if they didn’t go all-in with every new iteration. Like Persona 4 Golden before it, Royal is here packed with quality of life improvements and groaning with extra content. This isn’t just a ‘all-the-DLC’ package that most companies roll out (though savvy players can download all P5 DLC for free to use with Royal, as of writing), this has plenty to entice fans who have sunk 100+ hours into the original to do so all over again.

Persona 5, much like its predeccesors, dumps you in the shoes of a Japanese school-kid and lets you live out a year of their lives. As you might expect, this consists of making friends, taking tests and of course battling demons. Sorry, you weren’t expecting that last one? You’ve obviously never played Persona before…
Indeed, pretty soon after starting Royal you’ll realize this isn’t an odinary life sim. Whilst the alure of living a very Japanese life and getting to know all your good looking friends is a huge part of Persona’s charm, we’re ultimately here to save the world. P5R wastes no time in setting up your role as part of the ‘Phantom Thieves’, a group of schoolkids who secretely jump into various villain’s psyche’s and change them for the better, Inception-style. 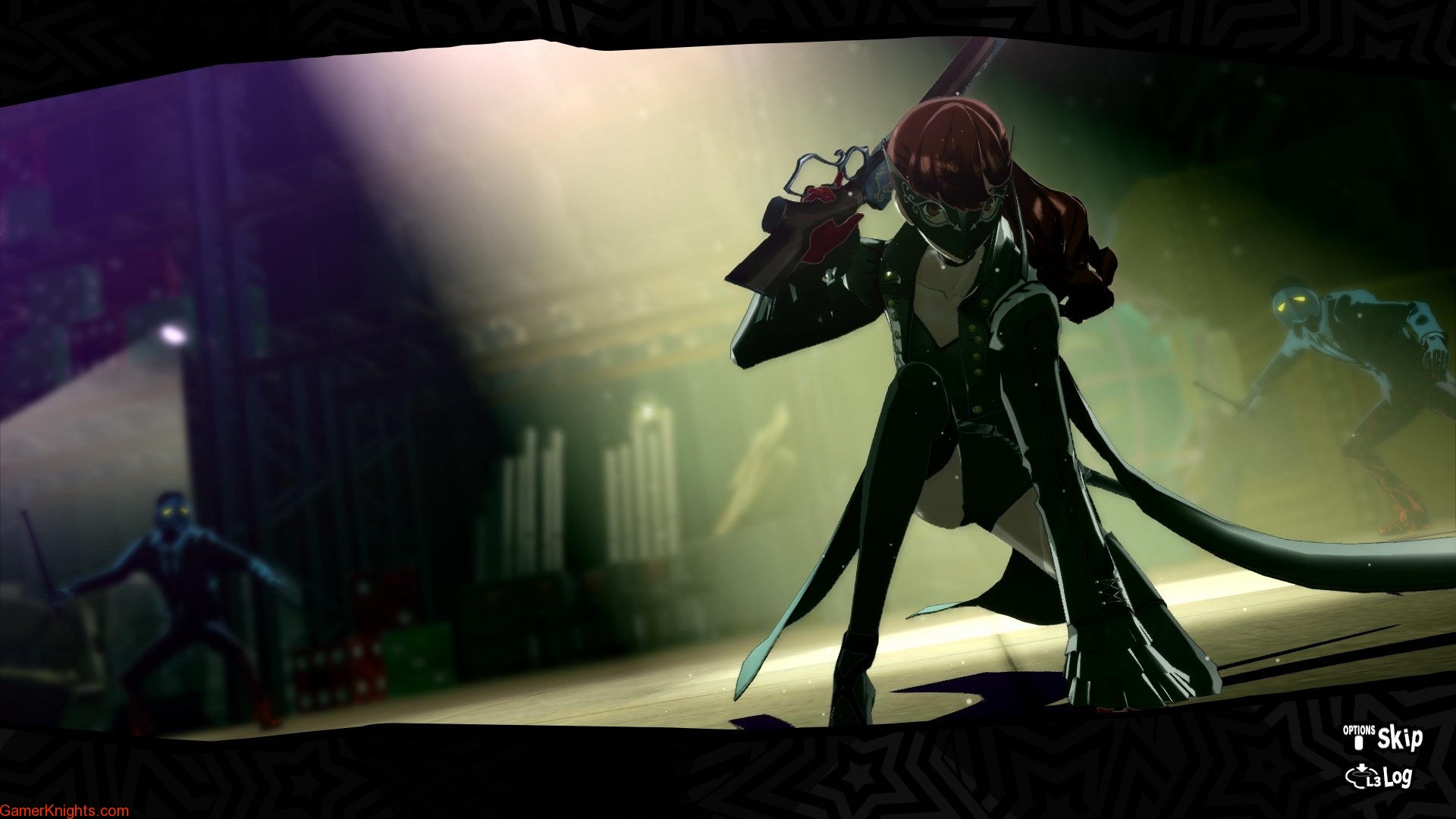 Persona 5’s gameplay is split into two very different play styles. Most of the game will be spent going to school, talking to your friends, raising your various social stats and deciding exactly how to spend your free time. With only a year to get to know absolutely everyone, ace every test and hook up with a lucky lady, the way you allocate every spare moment is vitally important. You can go to the library and study to raise your knowledge – which in turn will help you get to know some of the smarter students and social links – or you can go take on the local food challenge at Big Bang Burger to raise your guts and come away with big prizes. You won’t see and do everything the game has to offer in the year you’re given – there’s simply far too much to accidentally nail every moment – that’s for a second or even third playthrough, armed with your newfound knowledge (or more likely, a guide). I don’t suffer from FOMO in real life, but Persona 5 gave me a crippling case of it because I wanted to see and do everything (and hang out with everyone). Thanks to this I was always a little paralyzed with choice during any block of free time.

Whilst choosing how you spend your time and who you spend it with is one of Persona’s biggest draws, and most enjoyable systems, the game has a habit of locking you out of it for bursts of time. When the story has something to say, for instance, the game doesn’t hesitate to take away any illusion of choice from the player and force them to watch cutscene after cutscene for upwards of an in-game-week. Luckily, the shackles have been loosened somewhat for the Royal re-release. Morgana isn’t so insistent on sending you to bed early anymore, meaning a lot more free time just opened up over the school year. In fact, Royal seems more inclined to trust a player with what they want to do rather than guide them quite so forcefully anymore. 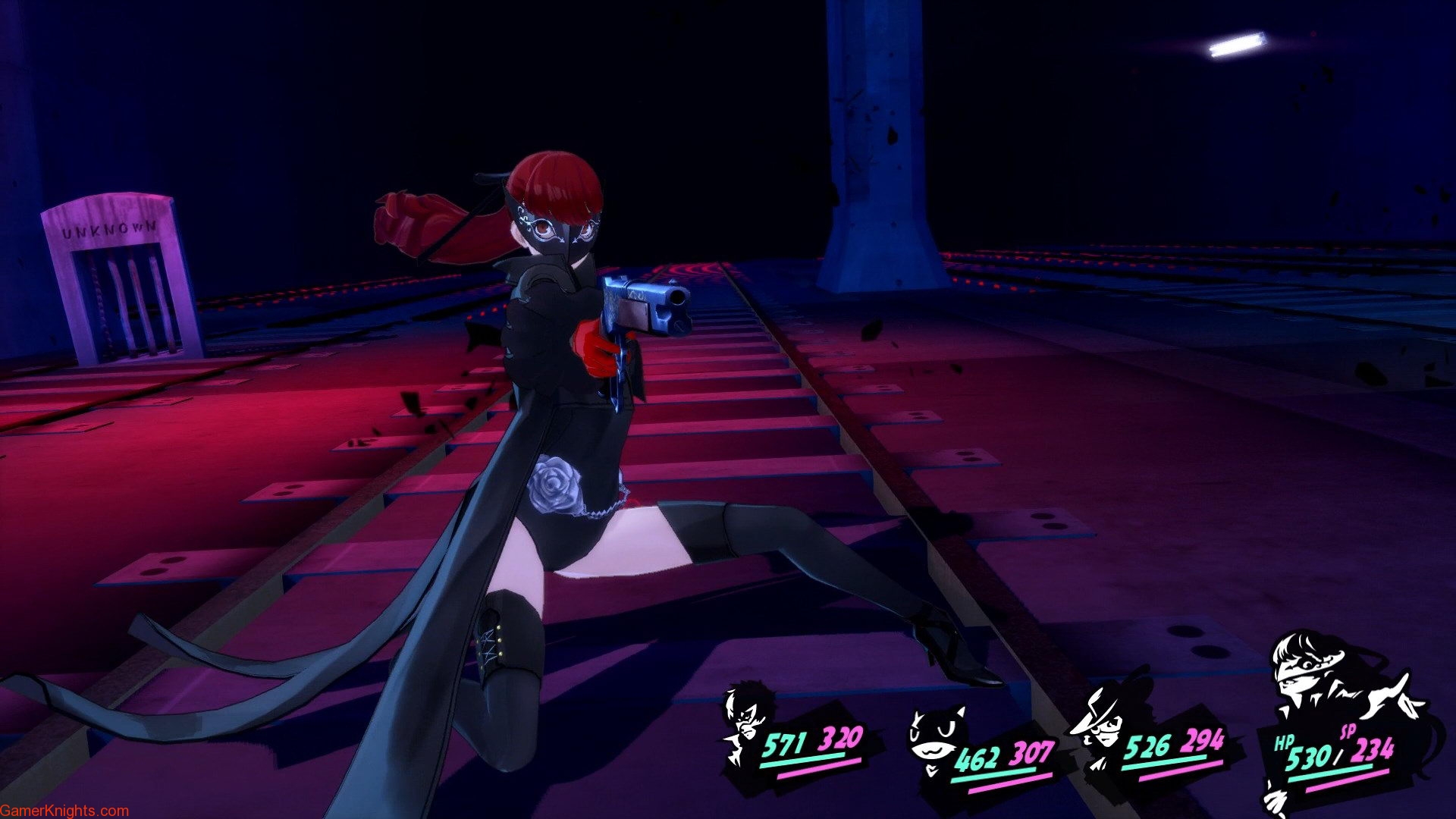 In a dungeon, you’ll summon your Persona – manifestations of your own subconcious able to deal out massive amounts of elemental attacks. If you manage to find an enemies weak spot and down them, you can carry on your barrage, picking off every bad guy until your team have the upper hand. Finding weaknesses and exploiting them is absolutely core to Persona 5’s battle system, and for the most part is absolutely vital in every battle. If you ignore these weaknesses, maybe in an effort to conserve SP (the game’s mana bar) you’ll get wrecked. An improved and more lenient ‘Gun’ system and new buddy-up tag-team moves add to the depth and nuance of every battle with Royal, and allows you to play the game with a bit more individuality than before, but Persona 5 still has a very distinct way it wants you to handle battles and exploit weaknesses.

Instead, player agency comes from negotiating with demons to join your party. This increases your number of Personas, who can then be fused together to form even more badass forms or wacky alterations. It’s a little like Pokemon’s ‘gotta catch ‘em all’ mentality and battle system, with these monsters expanding your potential damage output and gaining experience and levels of their own. There’s a really deep system in the Persona fusions, but luckily it’s all explained and introduced at a very smart pace, meaning you’ll never be confused by the wide array of choices given to you when it comes to tweaking your team. Your Persona’s are also where the two sides of this game cross over and influence each other the most. Each Persona is part of a Tarot card family – Death, The Hanged Man, The Empress, etc – and by getting to know their respective social links in the real world, you can give massive boosts and benefits to your squad. This is Persona’s most compelling gameplay loop, and it’s still as addictive today as it was when I first played Persona 3. 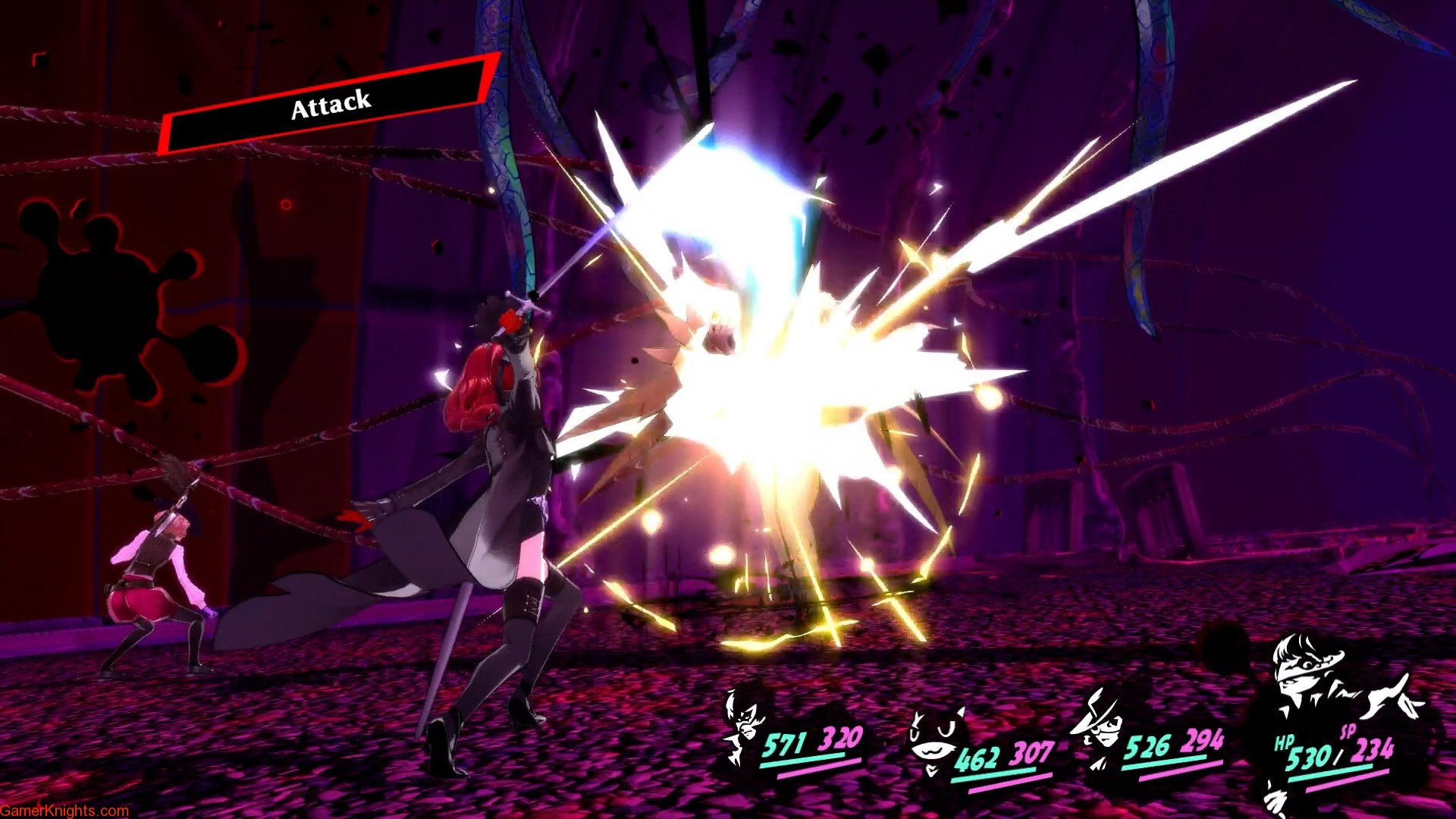 As I stated before, Royal is positively bursting with new content. From an entirely new semester of school life to enjoy – featuring a new dungeon, a couple of social links and even a new party member – this is a huge expansion-pack’s worth of content already, but P5R isn’t happy to stop there. From a customizable Thieve’s Den to show off all your ill-gotten gains to completely reworked and expanded social links, Royal schools any company looking to warrant a double-dip from their latest blockbuster.