When Three Become One.

Full disclosure: I’m a big fan of the Persona series, but I’m strangely at odds with the stable of spin offs the series has enjoyed. Maybe I’m just overly cynical when it comes to such clearly calculated distractions whilst we wait for a new numbered release.

Whatever the reason, however, it’s utterly unfounded as every spin off has been a fantastic game in its own right, Q2: New Cinema Labyrinth comfortably joins that pantheon and provides yet another way to interact with all your favourite Persona characters from the last three games.

Focusing at first on the gang from the latest mothership title, Persona 5, Q2 sees our loveable band of rogues nearing the end of their original journey. Shoehorned into the final months of that game’s timeline, the Phantom Thieves descend once more, as they have done countless times before, into Mementos for some training. Their convertible cat-cum-camper-van Morgana begins experiencing engine trouble on the way home, however, and all of a sudden the group of teens are sucked through a portal and spat out who knows where. 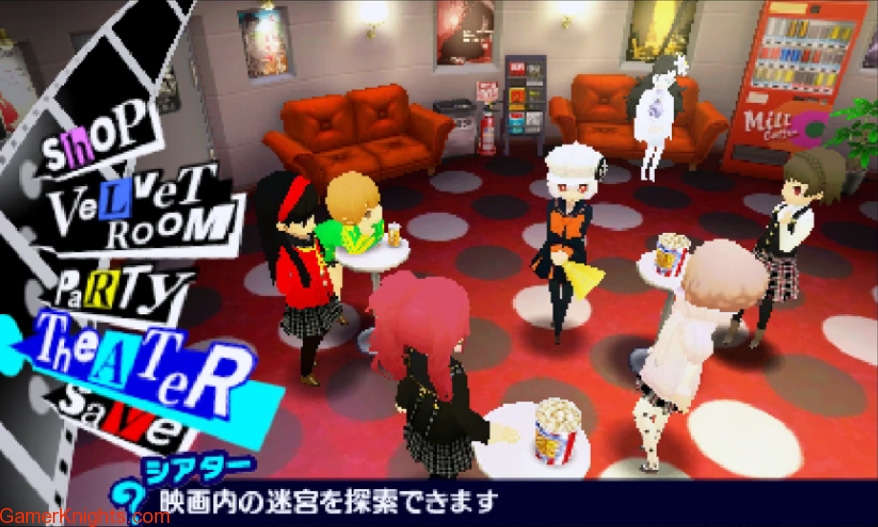 The game quickly descends into a very strange romp whose relationship with series canon is murky at best – essentially giving the team free reign to get as wacky as they want – but it also lessens the narrative impact of the story at times. Regardless, it’s a lot of fun, and the fan-service is a blast to anyone who’s stuck around the series for last three mainline entries.

If you’ve played through an Etrian game, you’ll be completely comfortable in Q2. Grid based dungeon crawling and turn based battles focused on meaty front rows and squishy back rows (it’s less overtly sexual than it sounds) are the defining features of this exploration-heavy offshoot of the JRPG, and over the years they’ve been fine-tuned by the masterful development team at Lancarse, who worked on both Etrian Odyssey and this spin-off series.

Their DNA is all over the project, which means that if you didn’t love the distinct and demanding flavour of Etrian Odyssey you’ll butt heads with this one no matter how dedicated to Persona you are. Luckily, for the patient player there is a lot to love in the deep and deceptively complex systems the sub-genre offers, and they all shine in Q2. 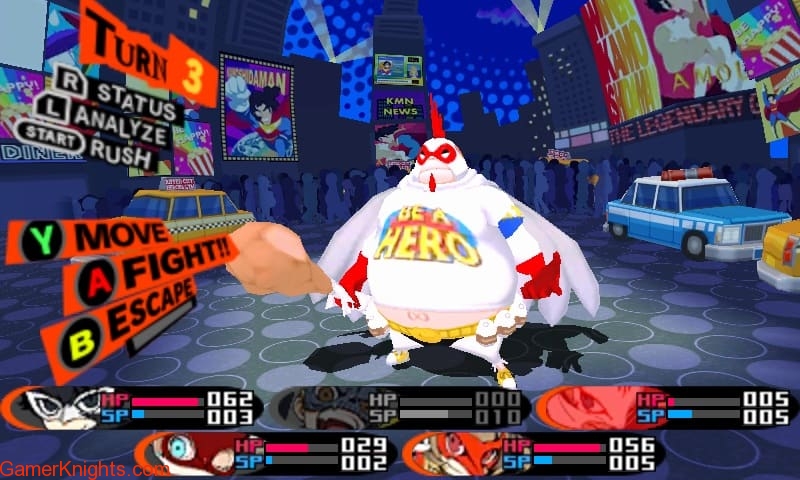 Not only are you tasked with zeroing in on any given enemies weakness and abusing it, much like in the main games, you also have to juggle shifting your characters between rows to defend your weak or vulnerable party members, amongst other more convoluted tactics.

Getting to grips with new systems as they rear their heads is vital, as the game spikes in difficulty very quickly. Etrian diehards will be used to this, but those more acclimated to Persona’s steady learning curve will find themselves frustrated early on. Persevering will open up a great game that’s begging to be explored, enjoyed and even exploited, but to get to that rich centre you may have to slog through some tough fights.

As always, the Persona games just look good. Even on the aging 3DS hardware, the character art, flashy backgrounds, great enemy models and slick-as-heck UI has all been translated well from the series’ console counterparts. Persona sings in its visual flair, and Q2 is a snazzy addition to the series proper. 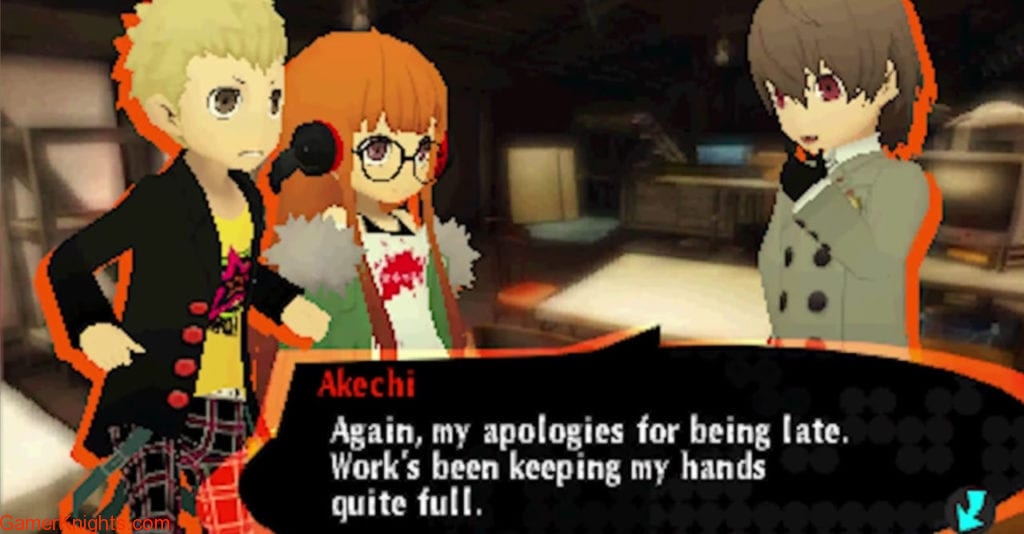 It also sings in its soundtrack (appropriately). Coming from a Persona game this should surprise no one – and whilst I expected a lot of rehashes from the (excellent) P5 soundtrack, I was surprised to hear just as much new music as I did (at least to my ears, thought these could be remixes from other projects or even P5 proper). Either way, Q2 sounds wicked, and it all certainly adds up to a killer package.

Your appreciation of “Persona: Q2: New Cinema Labyrinth” will ultimately boil down to two factors: How much you love Persona, and how much you dig the Etrian Odyssey flavour of dungeon crawling JRPGs. If you’ve never played the latter, then it simply boils down to how patient you are. Q2 doesn’t just reward careful, calculated play, it demands it, and if you’re willing to get into its distinct rhythm it will provide you with a wildly rewarding and deep experience.

I really dug what was on offer with Q2, but more than most games – especially Persona games, which are usually very easy to love by a wide range of players – you’re mileage will undoubtedly vary. This is a much more focused, and demanding, Persona game.