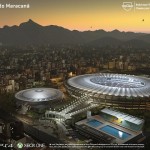 Konami Digital Entertainment B.V. is pleased to announce today that company remains committed to continually evolve the rosters, add more content and provide new visual elements to the latest addition to the Pro Evolution Soccer franchise, PES 2016. Central to the free download is the addition of the recent reveal of the new international...[Read More] 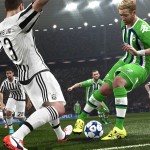 Konami Digital Entertainment B.V. has detailed its first major update for PES 2016 which will be made available on October 29th. The free download updates all the team rosters in the best-selling game, while adding a wealth of additional elements. The update marks the first of many planned additions KONAMI will make to PES 2016 during the...[Read More]

Good morning! Today we present you a full review of the new soccer game “Pro Evolution Soccer 2016“. Will it beat FIFA 16? Here’s a snippet from the review: Last year’s Pro Evo marked the start of the series on the current consoles and a new game engine. It could look fantastic, but some of the animations (especially the...[Read More] 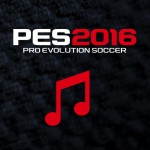 Konami Digital Entertainment B.V. has released details of the licensed track listing within its PES 2016 title. With music becoming ever more synonymous with the big game experience, KONAMI has compiled a series of licensed tracks for use within the award-wining game. Menus, in-game elements and match days are complemented by a series of ...[Read More] 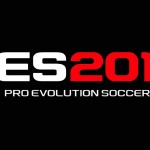 Konami Digital Entertainment B.V. will invite football fans all over the globe to get the first taste of the award-winning PES 2016, as a special playable demo hits all digital services today. PES 2016 stormed this year’s gamescom event where visitors to Europe’s largest consumer gaming event queued to get hands-on time with the acclaimed...[Read More] 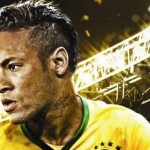 Pro Evolution Soccer 2016 aims to be the best sports game

Konami Digital Entertainment B.V. has announced a September 18th release date for PES 2016, marking the 20th anniversary edition of the hugely successful football series. From its humble origins on PSOne, the PES series has leaped from format to format, adding ever more realism as it evolved. This heritage has been celebrated in PES 2016’...[Read More]