Despite the usual licensing issues (and the fact that teams aren’t up to date), PES 2016 is the best playing game in the series for some time, a worthy competitor to FIFA, and is well worth picking up, provided you aren’t bothered about the lack of teams.

Pro Evo’s reboot last year felt like a case of two steps forwards, two steps back. Will this year’s edition continue the sparring with FIFA, or is one of the games able to break free at the front of the pack? This year marks 20 years since ISS came out on the N64 (a game I played plenty of) – does this anniversary count for anything as the game continues the comeback started last year?

In the two periods where I got the most out of Pro Evo, the original ISS/ ISS ’98 era and then the mid-noughties Pro Evo 4-6 games, it was always seen as the thinking man’s games, playing a slower, more deliberate simulation. However, as FIFA began to rapidly improve from 2007 onwards and move further towards the simulation style of game, it began to push Pro Evo out. Even then, it always remained fun, so I was still surprised to see that last year’s game turned it into a more arcade-like experience, with games, especially on lower difficulties, being real goal-fests. 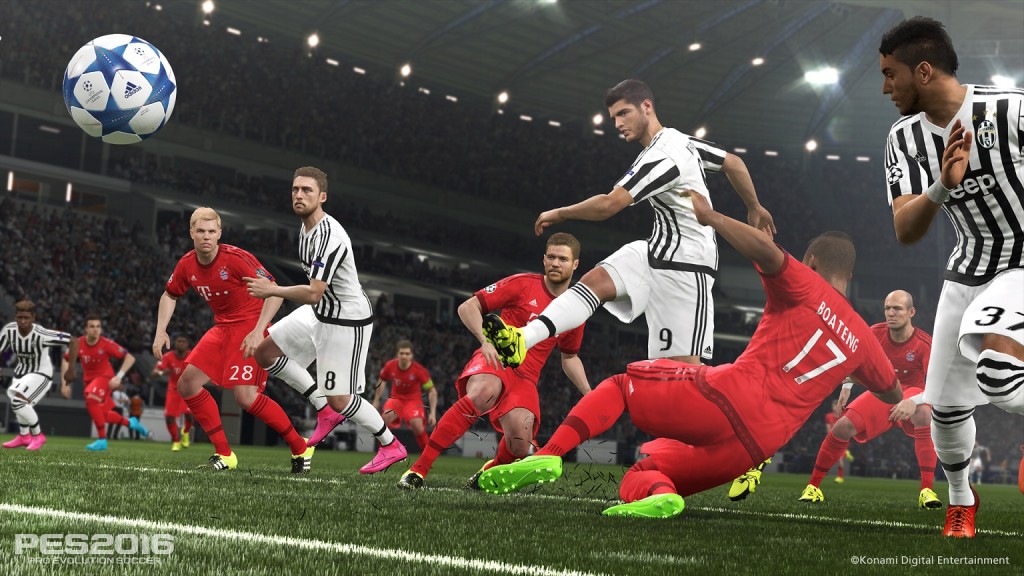 This year doesn’t significantly change the direction of the series – if anything, PES goes further down the arcade path. Slide tackles are normally ignored by the referee provided some contact is made with the ball, and even a number of off the ball incidents were also completely ignored. As a result, injuries seem to have been toned down too, and there’s less opportunities for free kicks, penalties, corners etc. The AI, however, is one step forwards, and one step back. Tackling is tighter, and calling for assistance works better. Your team-mates are more willing to move to receive a well-timed pass, and the opposition reacts to your tactics and substitutions far better than ever before. However, there are mis-steps around the offside trap (quite easy to get caught out by good players), and your defence just seems to turn off and get completely out of position or let players they are marking escape with frustrating frequency. 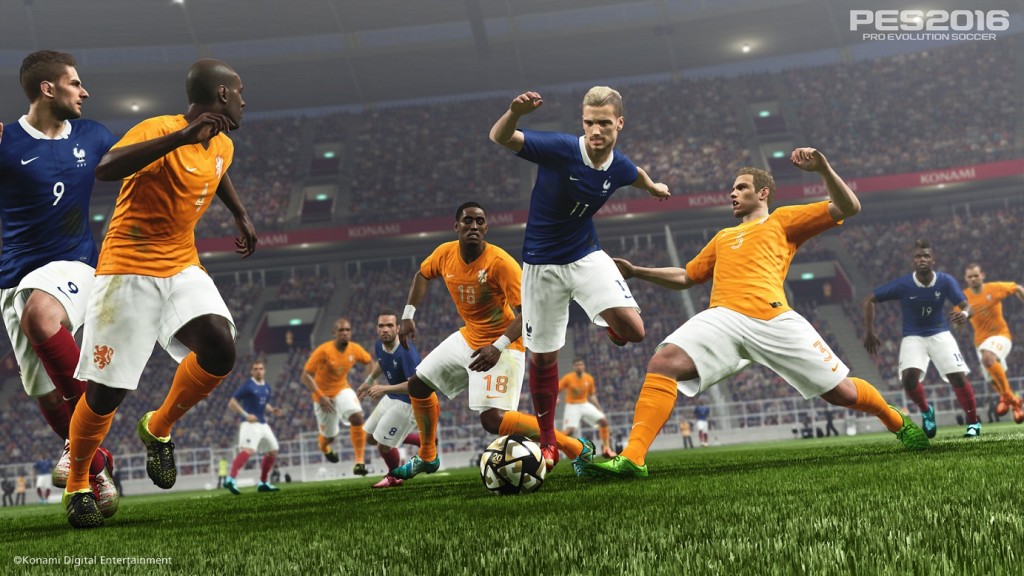 Pro Evo has always struggled with the lack of licenses, and this year is no exception unless you’re French or Spanish. The English get the Premiership and Championship, but only Man U, whilst German fans don’t even get the full Bundesliga. The players are at least mostly licensed, and having the Champions League license just feels wasted when populated by teams like ‘London Blues’ and ‘Merseyside Reds’. It’s also frustrating that player data hasn’t been updated over the summer at all, although I’m sure this will be done in due course. If you can get past some of the shonky naming of teams though, there’s a huge amount to do. Master League’s new transfer options refresh the old perennial favourite (although I had problems unlocking achievements), whilst MyClub remains a reasonable (although not quite equal) alternative to FUT. Either way, there’s enough to keep you occupied for plenty of time, even if there’s not been systematic change over the last 12 months.