Button mashing madness gets retooled for superfans and newcomers alike.

“Samurai Warriors 4” was a great entry in a series quickly finding its feet in the Musou genre. In fact, the Japanese-styled spin off series is quickly becoming my go-to for mindless button mashing over its Dynasty-themed counterpart.

With Samurai Warriors 4-II we’ve been given the opportunity to go back and enjoy this title all over again, but is it worth doing so?

Samurai Warriors newest title is a misleading one. The 4-II will understandably confuse many fans into thinking this game is a sequel to last year’s excellent title but do not be fooled: this is simply a retooled, retold version of the same hack and slash game you already know.

The story mode sees the biggest changes, allocating particular characters to certain chapters and concentrating on their personal stories rather than those of the warring states. It’s essentially the same narrative only with a sharper focus, and it’s one I really liked. This more human side of storytelling helped me actually care about the story in a genre I usually mash my way through – both on the battlefield and during cutscenes.

If you’ve played any Warriors game before, you’ll likely know what to expect with Samurai Warriors 4-II. A traditional Musou game, SW tasks you with wiping out entire armies singlehandedly as you complete objectives, protect characters and strongholds and cut down advancing (or sometimes retreating) enemy forces. 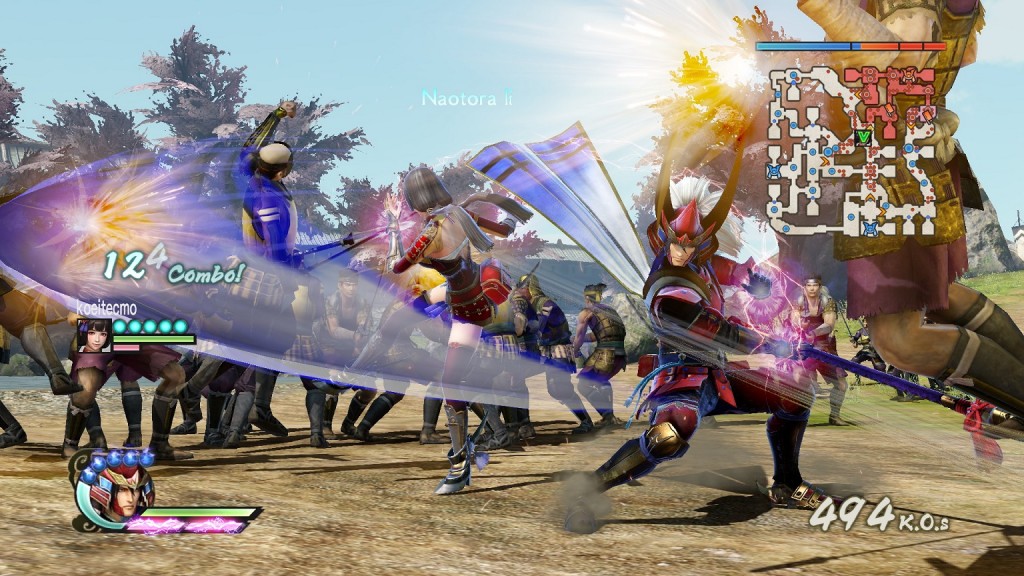 The series has always been a bit of a button-mashing fest, which isn’t a bad thing. Happily hammering light and heavy attacks will see your character colourfully cleave through huge groups of enemies, and building up your various meters that can unleash rainbow hell upon your enemies proves to be a ridiculously fun setup. The game even happily prompts you to start off on the easy setting to maximize your mindless fun and essentially purge the title of the little challenge it offers, and surprisingly, I agree. Whilst I’m a huge fan of challenging video games, difficulty doesn’t necessarily have a place here. There will be times when you fail tricky objectives later in the game and before its end I’d had to restart stages numerous times, but for the most part Samurai Warriors 4-II is a game I was able to enjoy without taxing my brain too much.

The momentum (and addictive quality) of SW comes from its progression outside of battle. Levelling up your characters, equipping them with new weapons scavenged on the battlefield or bought from the shop and spending tomes on new skills are all great distractions to the main game. Samurai Warriors also benefits from a very tangible sense of growth – my characters became even more overpowered after grinding and levelling and it was fun seeing how ridiculously strong they became. 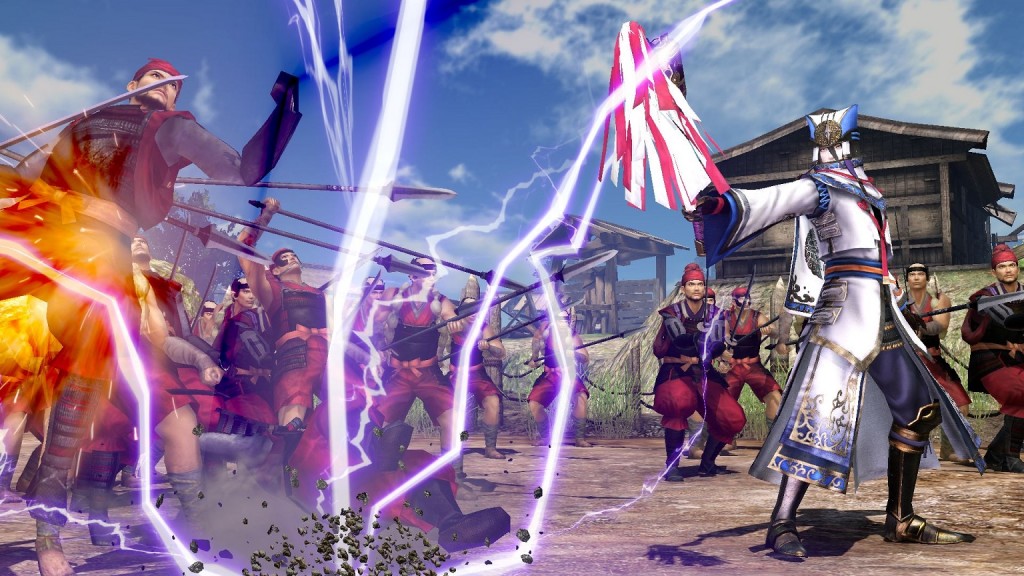 Besides the main career – a lengthy campaign that sees you inhabit many different warriors and a vast number of long battles to charge through – the game offers a few other welcome modes. Free mode is just that, letting you tackle a stage with any character you want and mess around with their set ups and weapons, and Survival mode tasks you with ascending a seemingly never ending tower (at least I’ve yet to reach the top) on a quest for huge experience gains and valuable loot. This mode was where I actually spent most of my time: Samurai Warriors’ mindless fun is purest here, throwing captains at you one after another, dropping awesome gear and then asking you to gamble it away to gain even better rewards. It’s a great system that saw me truly hooked.