The SteamWorld games are some of my favourite indie titles of all time. SteamWorld Dig tapped into something primal and just got to the heart of addictive gameplay loops, whilst SteamWorld Heist – a side-on strategy game – mixed things up in such a stark way that it proved Image & Form weren’t simply one-hit-wonders. Their unique visual flair and knack for trimming the fat in any given genre has led to their newest outing, SteamWorld Quest – a take on the turn based RPG that is just as wonderful and charming as the rest of their portfolio.

The story – framed as a bedtime book for kids – is about as generic as they come. Ancient evils threatening to once again awaken, tall tales of ancient heroes, and general fantasy tropes coming out the (mechanical) wazoo.

The true heart of the story, however, is in the simple, endearing and funny dialogue between your cast of robotic pals. They’re all pretty nuts (and bolts), but they’re mostly a well-written group of leads that offer something genuinely fresh and snappy to an otherwise clunky genre. 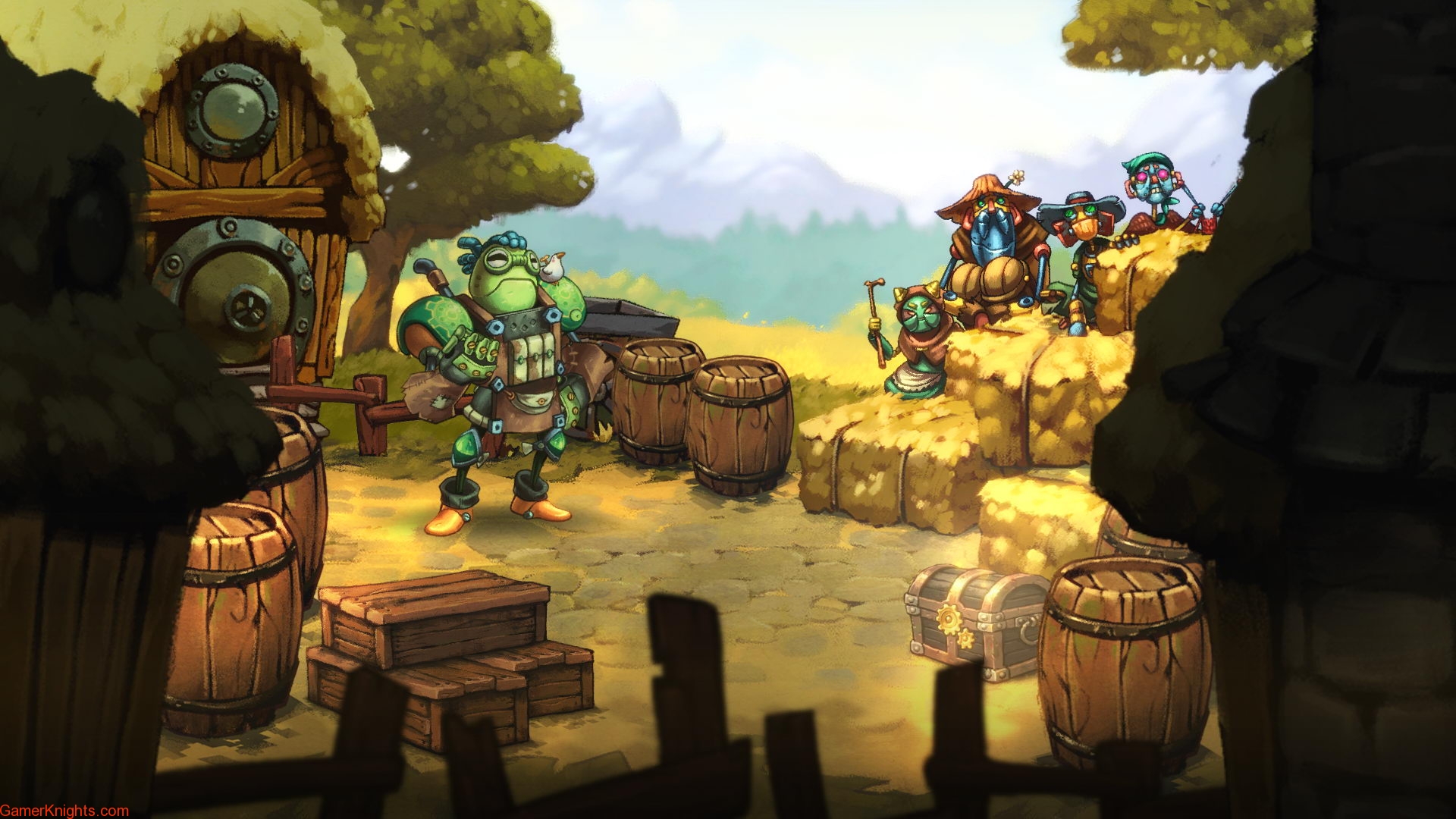 Being a turn-based RPG, it should come as no surprise to hear that SteamWorld Quest isn’t as instantly-gratifying as its predecessors. The genre is known for being a more leisurely experience, and true to that tradition Quest takes things a little slowly to get you used to its mechanics.

But that’s not to say this is a slow game by any stretch – I was having fun in minutes thanks to the deceptively complex battle system – which sees you playing cards from a randomized deck to perform attacks – being smartly doled out via simple battles and smart, concise tool tips. The fact that I was already coming up with strategies, synergies and combos in my third battle speaks to how quick and easy it is to get used to Quest’s unique spin on traditional norms, but it’s a system that blossoms over the 15 or so hours it takes to dispatch the campaign. 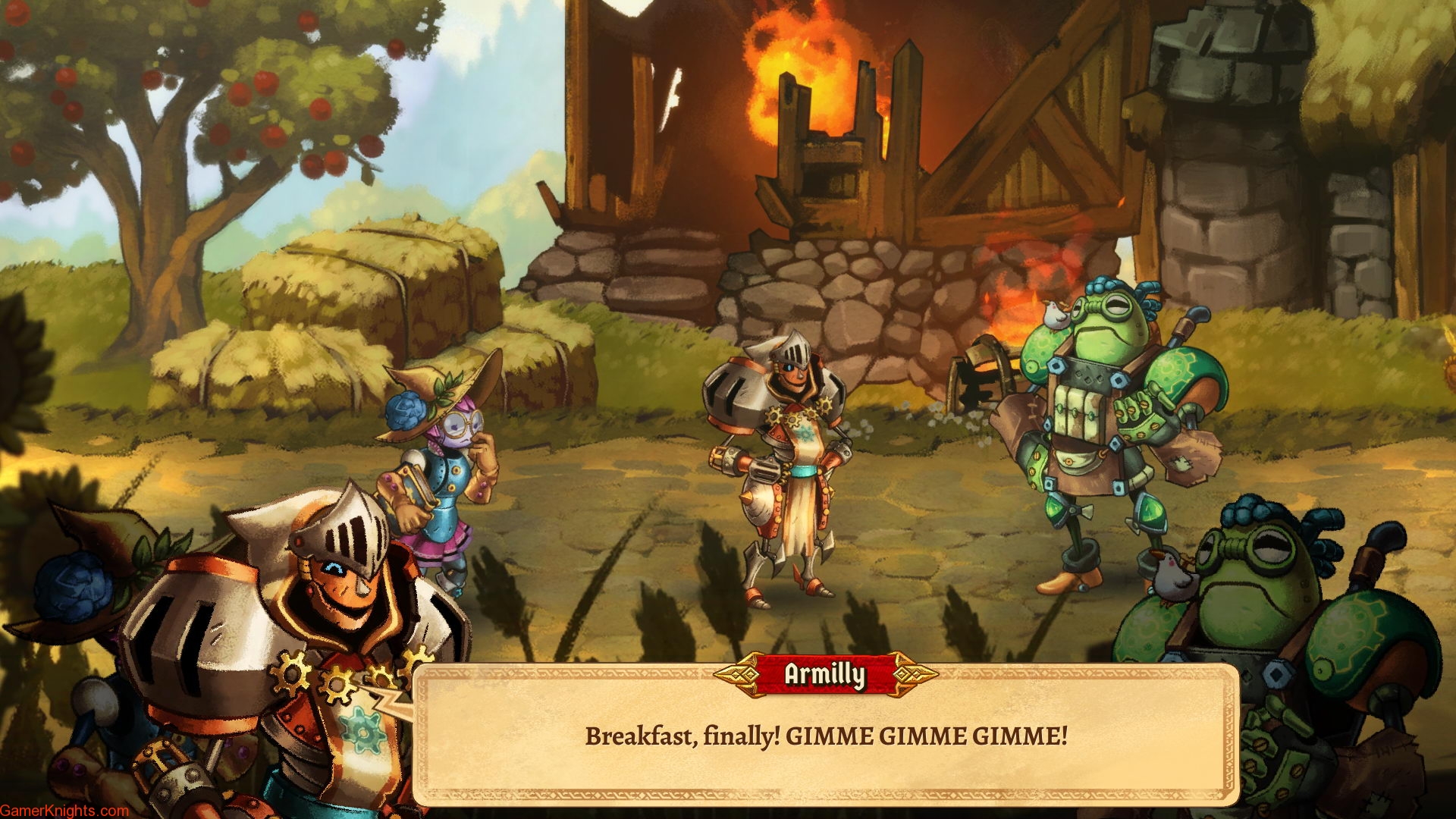 The semi-randomized nature of Steamworld Quest’s battles means they never play out how you might expect, meaning that coming up with stratagems on the fly, adapting to questionable luck and spotting easily-missed combos make each battle exciting and different. I was never bored to smack a Coglin on the map for a quick battle because it would likely offer up something different to the mobs I’d fought earlier – even if only in how my deck played out this time.

Laying down a complicated, well-thought-out and, frankly, wildly overpowered smackdown on any given enemy feels just as satisfying the fiftieth time you pull it off as it did the first, and for this reason I couldn’t stop tinkering with decks and experimenting with the combat system all the way to the end of the campaign. 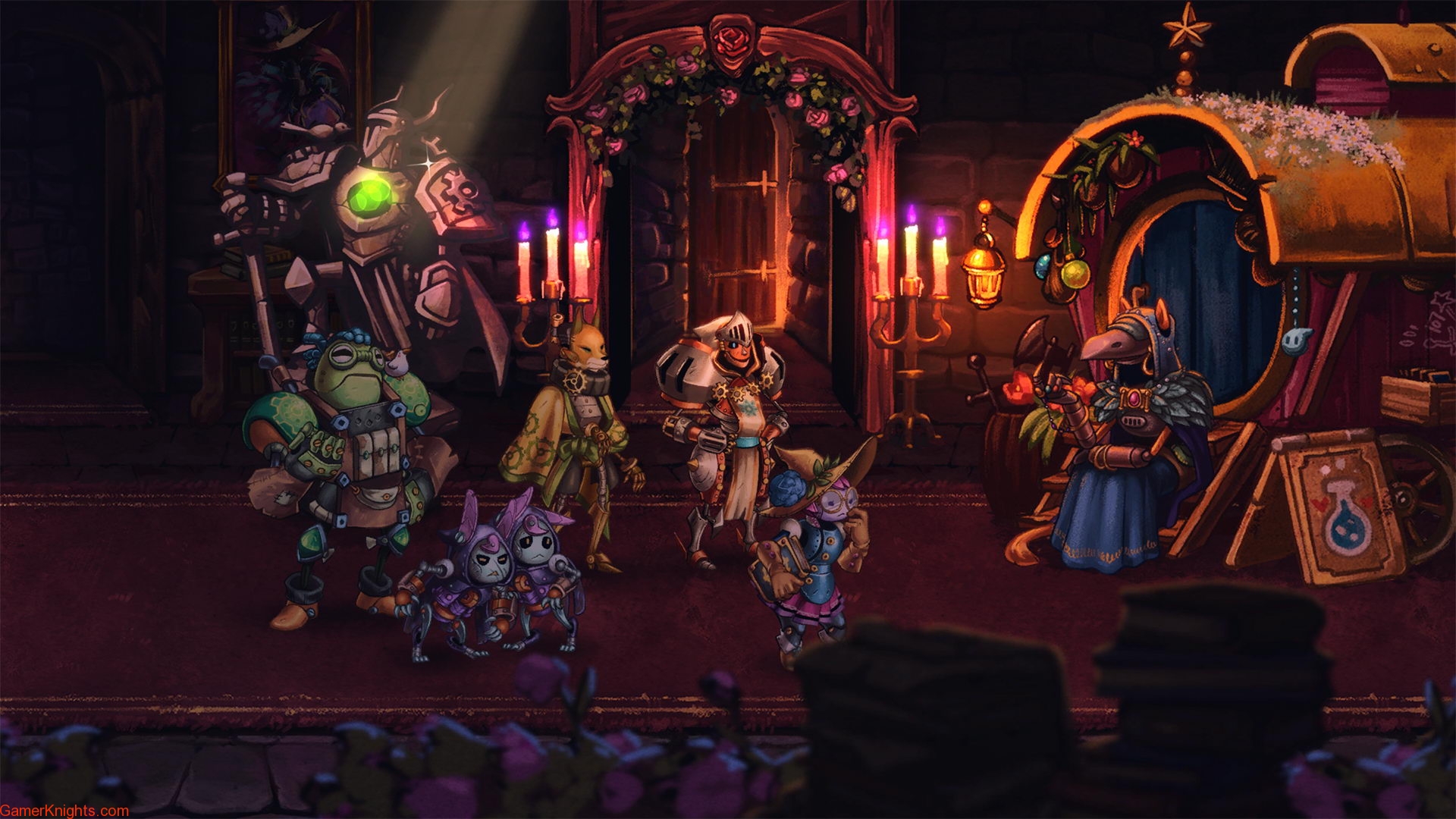 SteamWorld Quest shares the same wonderful aesthetic of its forebears, iterated on with higher fidelity and richer world design. If you dug (!) the look of SteamWorld Dig or Heist, you’re going to dig this – it’s an evolution of an established look that I can’t wait to see evolve in future titles. Once again Image & Form aren’t willing to rest on their laurels and turn in yet another indie knockout with the exact same level of detail – and it would be easily forgiven if they had. To see their character models and worlds become more complex and visually appealing as the years go by is wonderfully heartening.

The sound design is slightly less pristine – full of those annoying squawks and snarls, a voice acting trope replacement I had hoped would die in the late 90s where it belonged. Whilst full voice acting might not have suited this title, I’m getting a little irked by Banjo-Kazooie dubs. The soundtrack, luckily, makes up for this irritating habit, with plenty of grandiose pieces reminding you that the sound guys at Image & Form are firing on all cylinders… when it comes to music, at least.

SteamWorld Quest is a fantastic addition to the portfolio of indie-darlings hailing from Image & Form. It’s a feather in the cap of a burgeoning series – one I can’t wait to see iterated upon – and an absolute must play for fans of the developers, fans of RPGs or just fans of damn good games in general.