Kate Walker is back in Syberia III, a game that has been a long time coming. But is it worth strapping her snow-shoes on for the third time?

“Syberia 3” is another adventure series back from the dead: some readers weren’t even born when the original title launched many, many years ago. But has this long gestation period resulted in a worthwhile comeback?

Read on to find out…

Syberia 3 is, unsurprisingly, a sequel to a couple of other Syberia games. I played Syberia 2 on my original Xbox well over a decade ago, but never finished it (or played the original) so Syberia doesn’t speak to me in the same way as it will for longtime fans – especially those eager to get some narrative closure on the series.

Series protagonist and discount tomb raider Kate Walker is adrift on a boat at the beginning of the game, and after being rescued by a nomadic tribe of people and they work together to smite comically villainous enemies. The story is probably the main attraction here, and whilst it doesn’t hit all the right notes it is mostly compelling – at least enough to want to know where it all goes. 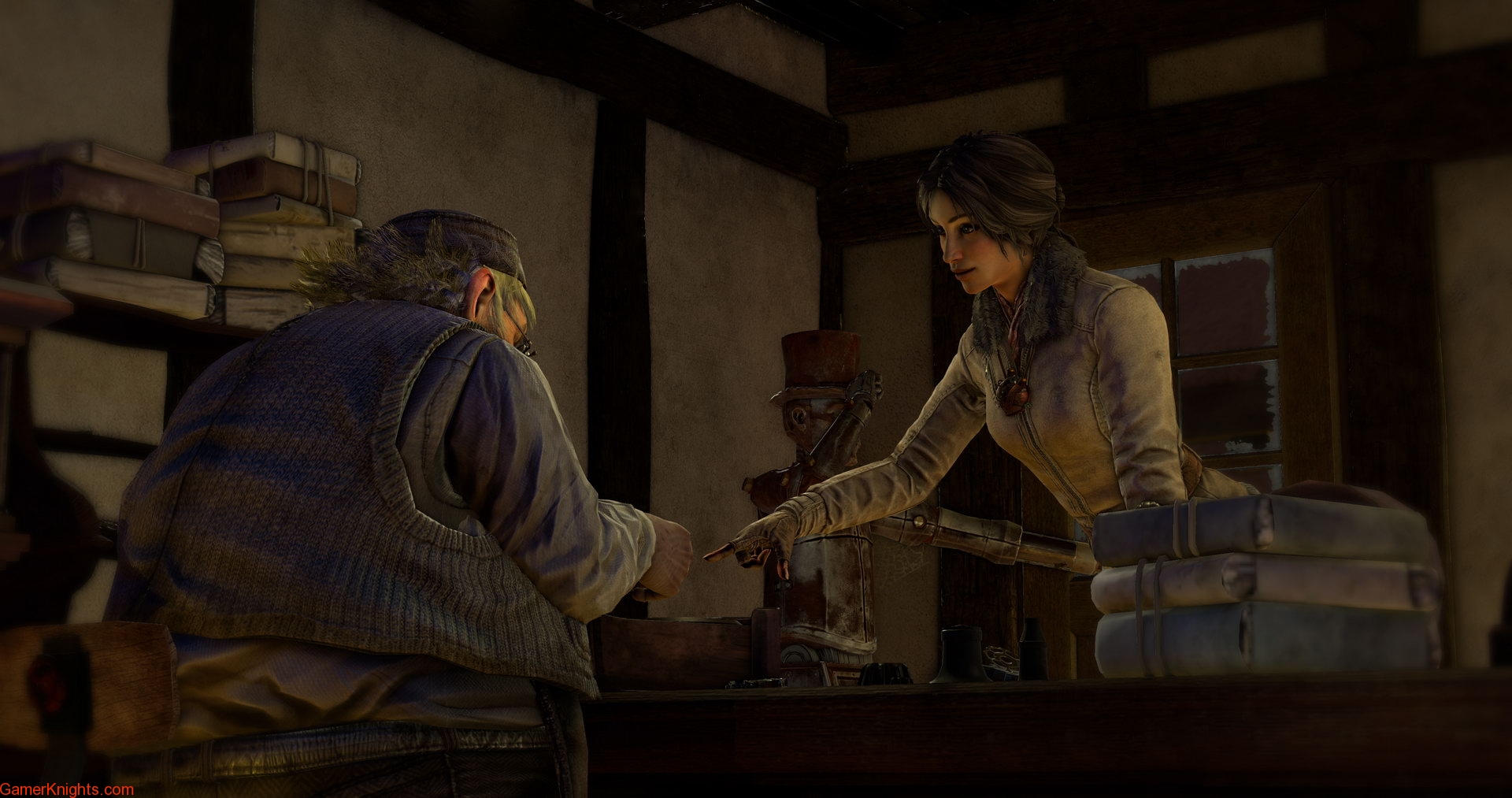 It gets a little ridiculous at times, with eyepatch wearing badguys and general evildoers hunting you down, and whilst I can get behind how silly it seems to accidentally get at times, the patchy writing can hurt the title occasionally.

Much like another adventure game I played this week – Dreamfall Chapters, also over a decade since its last title, – Syberia 3 has a fondness for classic puzzle design. What this means, for the uninitiated, is collecting stuff and trading or using said stuff on everything you can until something fits. Fans of classic Lucasarts games like Monkey Island will know these woes all too intimately. 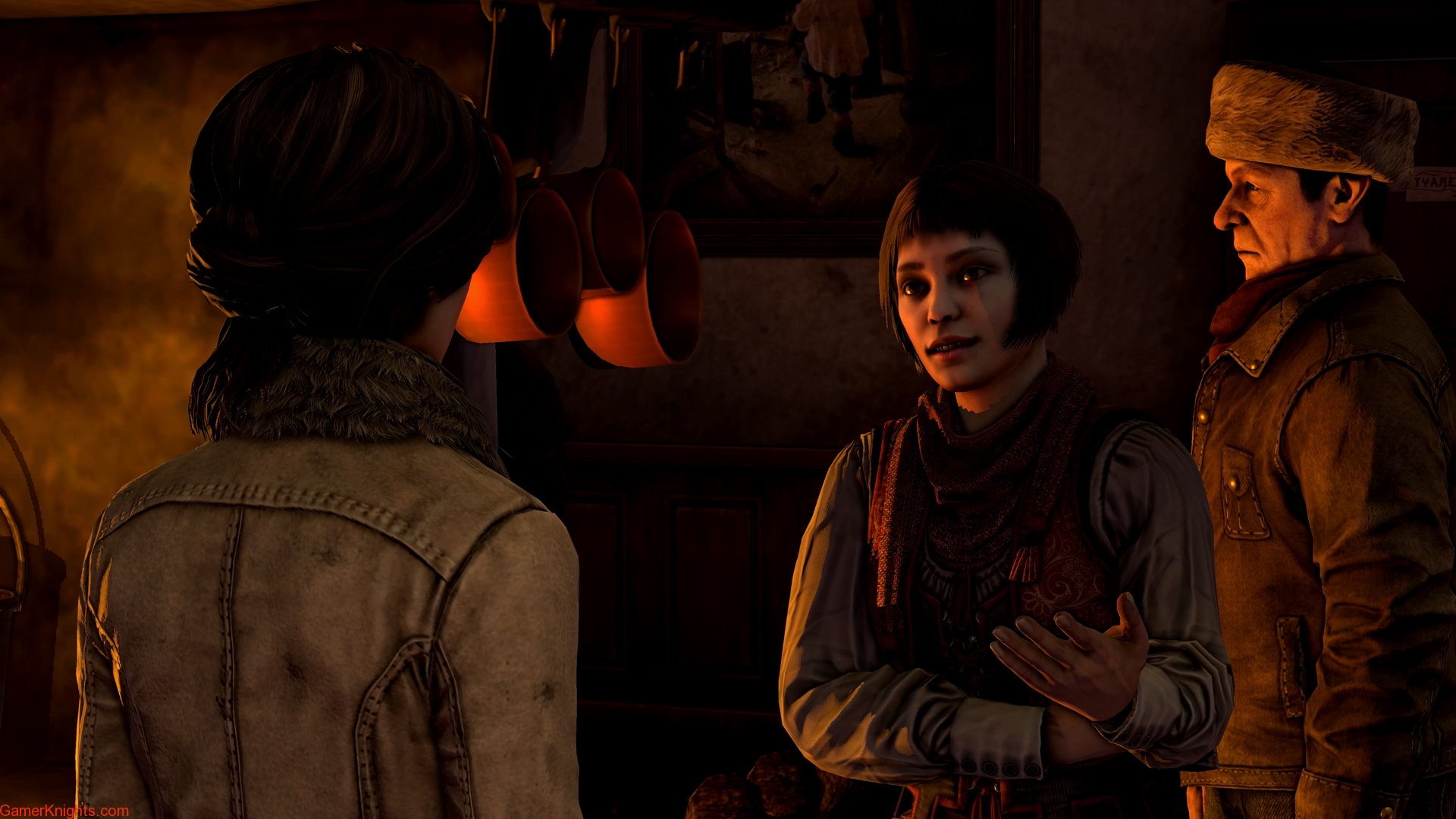 Now, Syberia is a little more logical than these rubber-chicken days of yore, but it doesn’t always make the puzzles much more fun. Despite the puzzles (mostly) making sense, they’re still pretty dull affairs, with only a few giving me a real sense of accomplishment when I solved them. The game is also hounded by sluggish pacing, which makes navigating its rooms, puzzles and the game at large a difficult prospect to stomach.

There’s not much positive in how Syberia III is presented: It looks pretty ugly and it runs very poorly – graphical hiccups and massive frame rate drops run rampant throughout the title, which is strange considering how plain and undemanding the whole thing looks. Kate Walker’s model looks nice, but everyone else is kinda of expressionless and haunted-looking. It doesn’t help that they’re animated in such a wooden fashion, either. 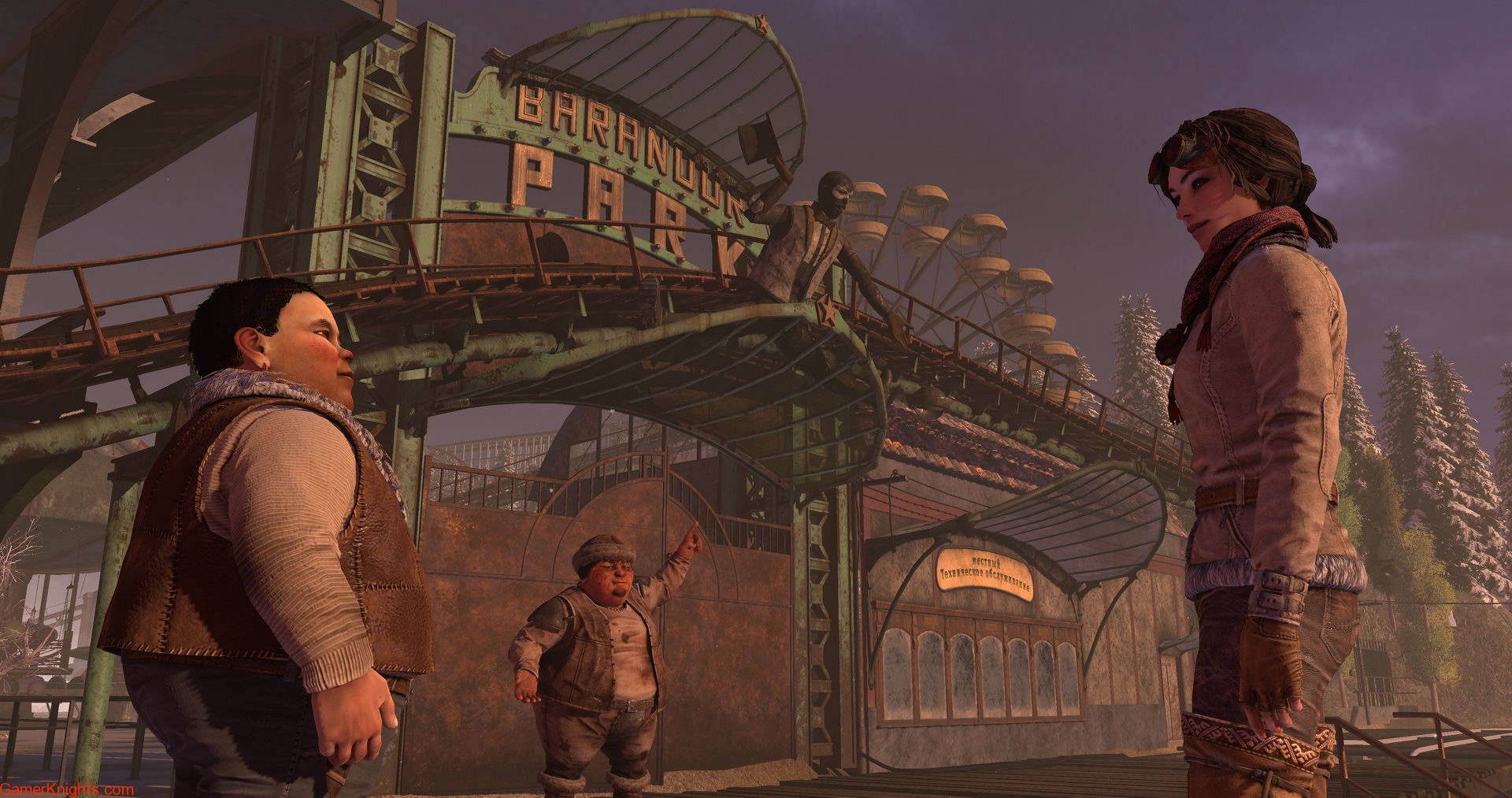 Voice acting ranges from okay to poor, and lip syncing is basically non existant. Characters flap their gums like puppets when they’re speaking, but with no rhyme or reason seemingly attributed to these random mouth movements.

“Syberia III” is a difficult game to recommend to anyone aside from the most hardcore Syberia fans. It’s a blast from the past in all the wrong ways, and even what it accomplishes it doesn’t accomplish particularly well. It’s riddled with sluggish pacing and sloppy presentation, so unless you’re absolutely desperate to find out what’s happening to Kate Walker after all this time, give Syberia III a miss.