Tabletop Racing’s fine handling model is let down by a lack of tracks and boring weapons, leaving a decent but unexceptional racer.

Cream of the tabletop?

Micro Machines is back, and soon. So is it worth putting any of your hard-earned wedge into another miniature racer right now with “Table Top Racing: World Tour“?

Gameplay:
Rather than the 90’s classics, Tabletop racing is played from a modern third-person viewpoint, rather than an isometric one. The principle is still the same though, tiny little cars making their way around kitchens, boats, an 80’s themed room and even (oddly) a licensed Yo Sushi restaurant. 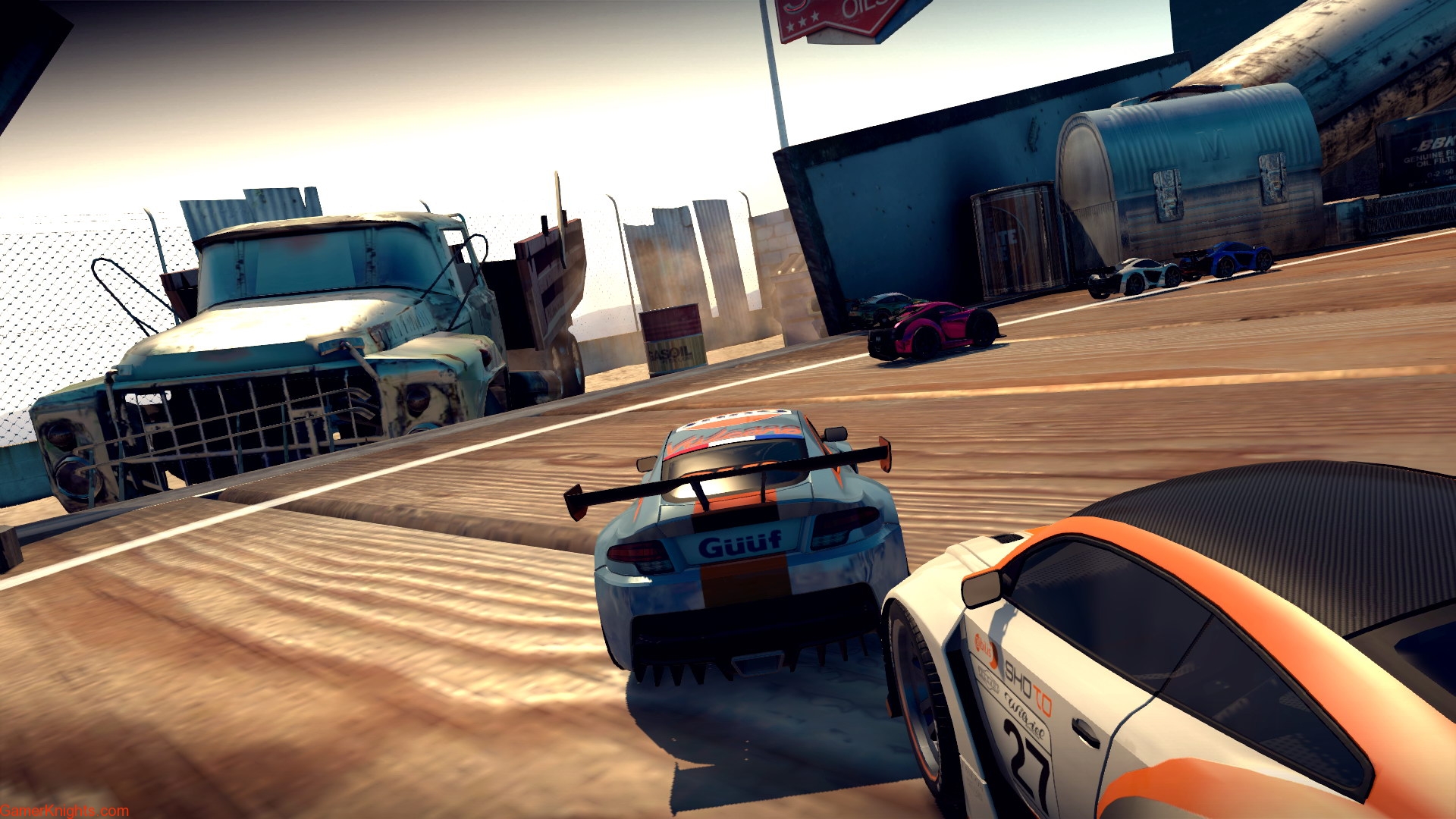 The handling model is pretty decent, and when you upgrade your car, you can even change the handling significantly through your choice of tyres. Drift tyres allow for some wild sideways drifts, useful for the drift mode, but not much else. There’s also weapons, but they’re unfortunately lame. Whilst there’s rockets, mines and acid drops, getting hit has the same effect regardless – they slow you down for about 3 seconds. That’s it.

There’s 16 cars to collect, and 8 tracks to race around, which isn’t a lot. Even with the variety of modes, from time trials, drifting and standard races, the tracks get tired quickly, and there’s simply too many series spread across too little content. Almost making it worse are the ‘special events’, a further series of 56 events outside of the already lengthy main campaign. It’s also frustrating that many of these remain unlocked until you’ve bought the relevant car in the campaign. I imagine very few players will have the patience to see every race on offer. 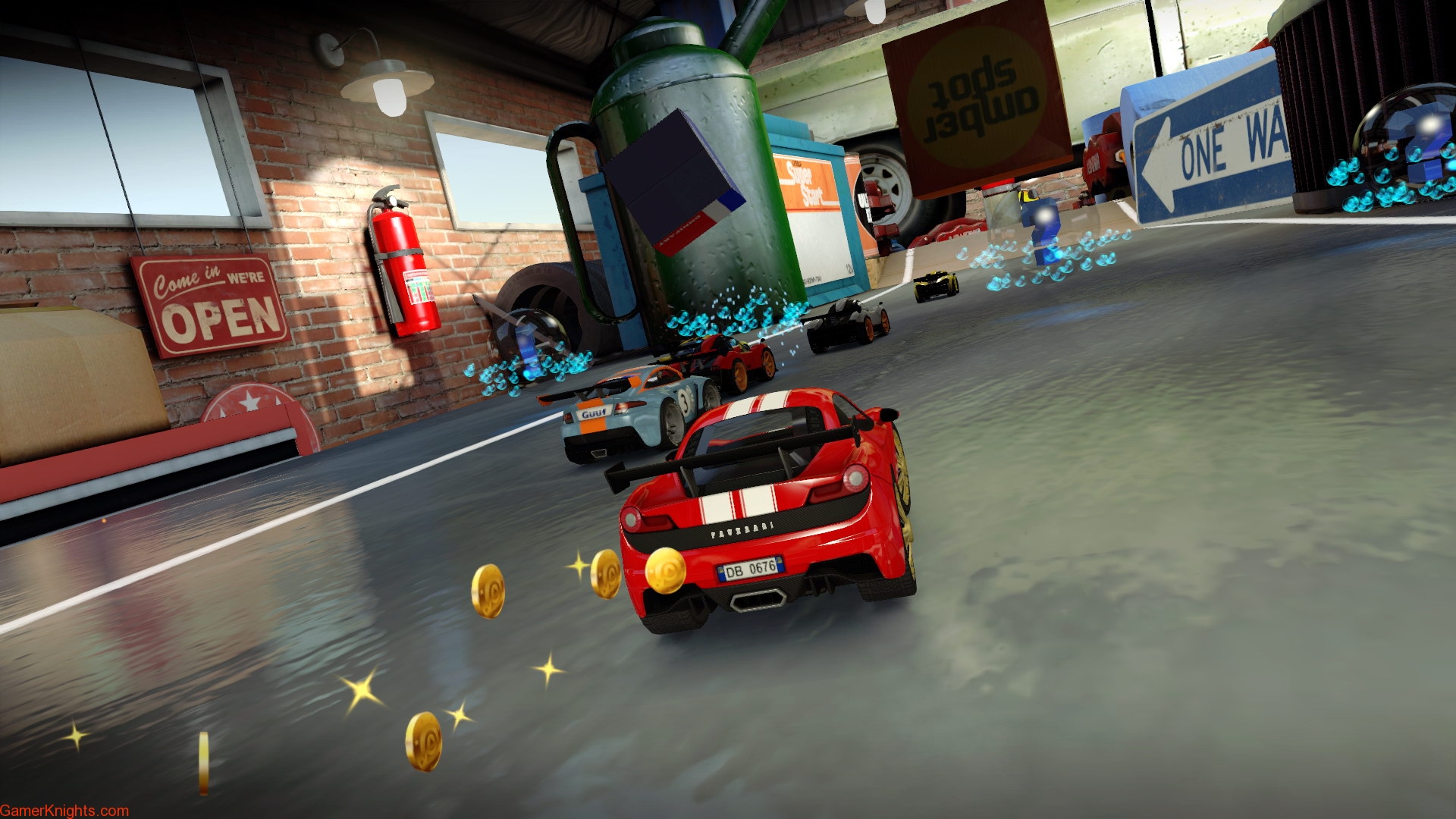 Weirdly, Tabletop Racing doesn’t feature any split-screen, which was always a bit of a classic part of these old-school racers. There is online for up to eight players, but I did unfortunately find a few problems. I did suffer from some slight lag online (in a couple of games), and I also often got kicked out of lobbies after races, rather than being able to return to them. 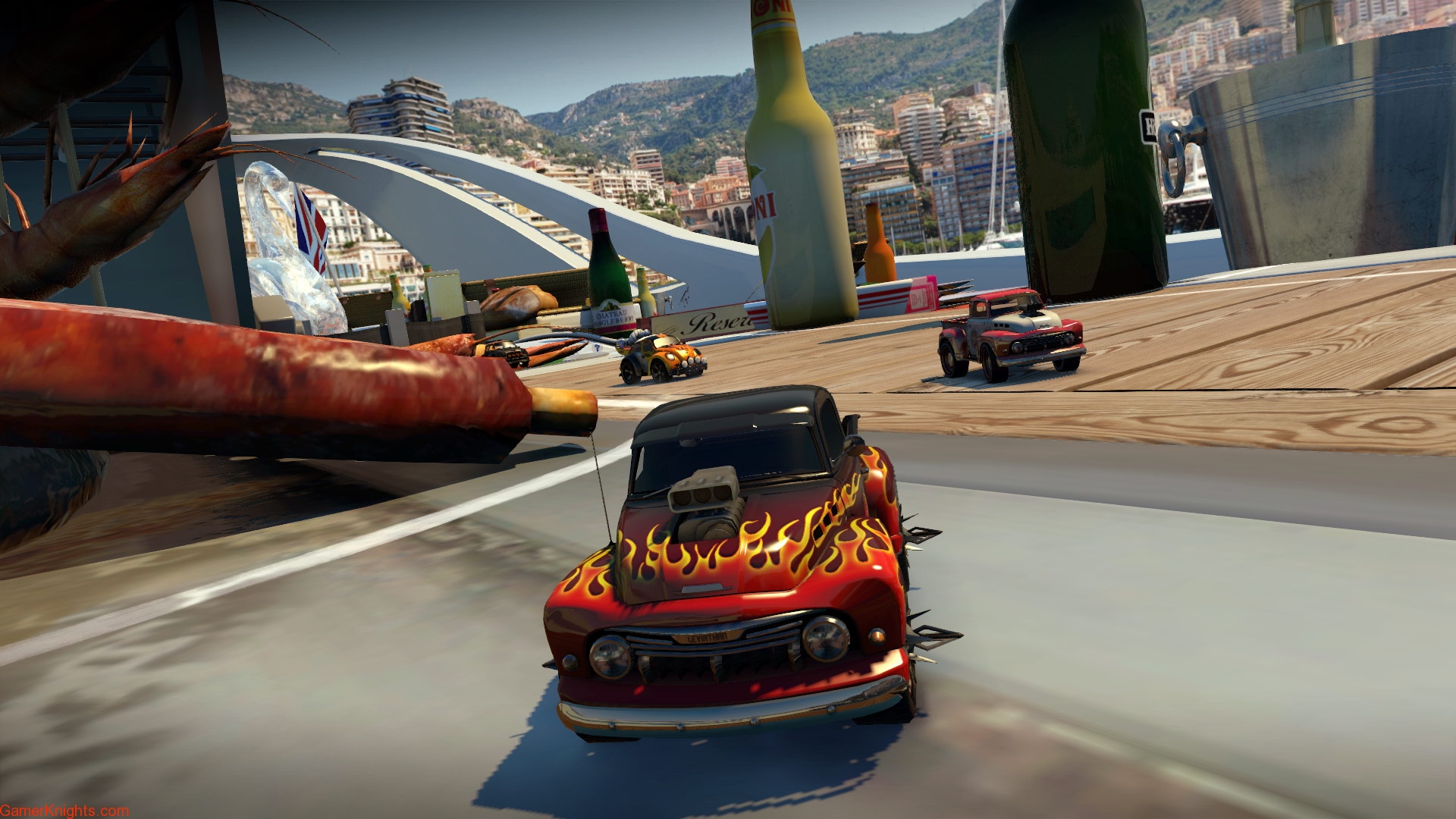 Presentation:
The tracks and cars in the game looks great – they’re all unlicensed but take some clear inspiration from real-world vehicles and classic micro machines environments. Unfortunately the weapons effects look as puny as the actual end result, and the backgrounds are a bit blurry if you concentrate too hard.

The audio is just about fine, but suffers from pretty generic engine noises and muted sound effects. There is some licensed audio, but ultimately it’s forgettable.

TTR:WT tries to do too much with the content on offer; the eight tracks are just too few for the size and scale of the career mode and the special events. I’d also almost have had no weapons than the pea-shooters on offer here. Tabletop racing is a fun distraction for a few hours, but it’s hardly an essential pick-up