The Bard’s Tale IV was made by a really small team, and it’s impressive what has been made with so few people. It’s a fun dungeon crawler that still has a fair few issues even after a year’s worth of patches, but not the kind of game which will re-ignite the genre.

The Bard’s Tale games were well received dungeon crawlers from the classic era for the genre – the 1980’s. Despite a brief excursion into action RPGs in 2005, can the series be revived after nearly 29 years since the 3rd game in the franchise? And can a game so connected to the PC ever really work on console?

Despite indie roots, InXile try to cover a lot of ground in the story of the adventurers of Skara Brae, from the institutionalised racism of those without magical abilities (or against those who are non-human), to trying (for very long time fans) to weave in a story which is linked to the original trilogy of games, which occurred a century ago in the timeline of the universe here, and a new overarching storyline to go out and save the world. 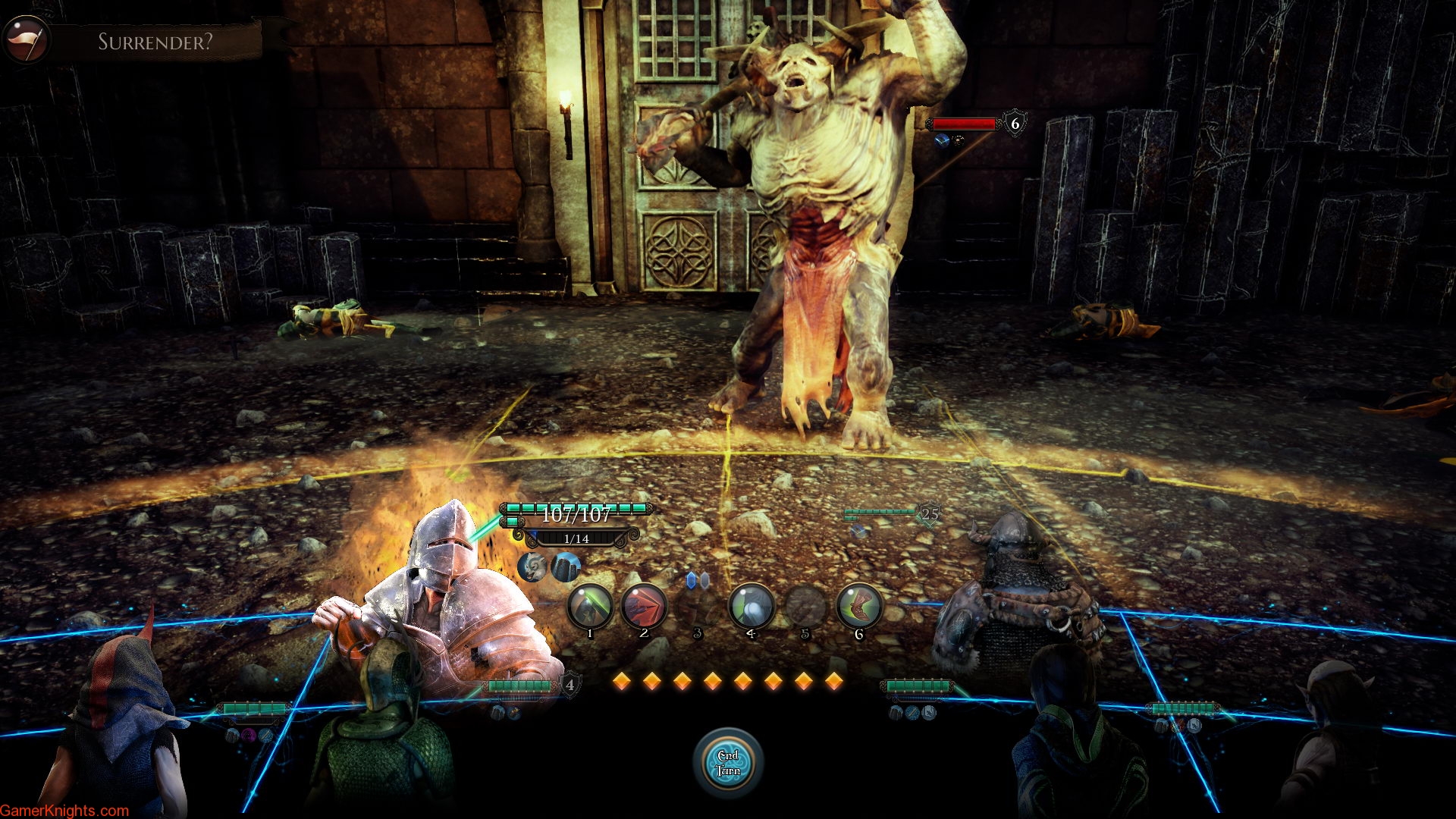 Gamplay fits pretty much straight into one of three categories – combat, music, and puzzles. You have full control over your character when exploring the world (you can use the grid but I found it fairly cumbersome), but apart from a little bit of exploration to find chests, you’ll mostly have a (relatively) linear path, apart from some of the towns which allow somewhat more freedom.

The puzzles can be fairly obtuse, and the game originally shipped with a strategy guide to help! In the Director’s Cut, one of the options is to just skip the puzzles, which is probably taking things too far – a little help would have probably been better! Puzzles generally fall into a few categories, and do get somewhat over-used as there is a tendency to repeat similar puzzles in the same areas of the game. Definitely the worst part of the game. 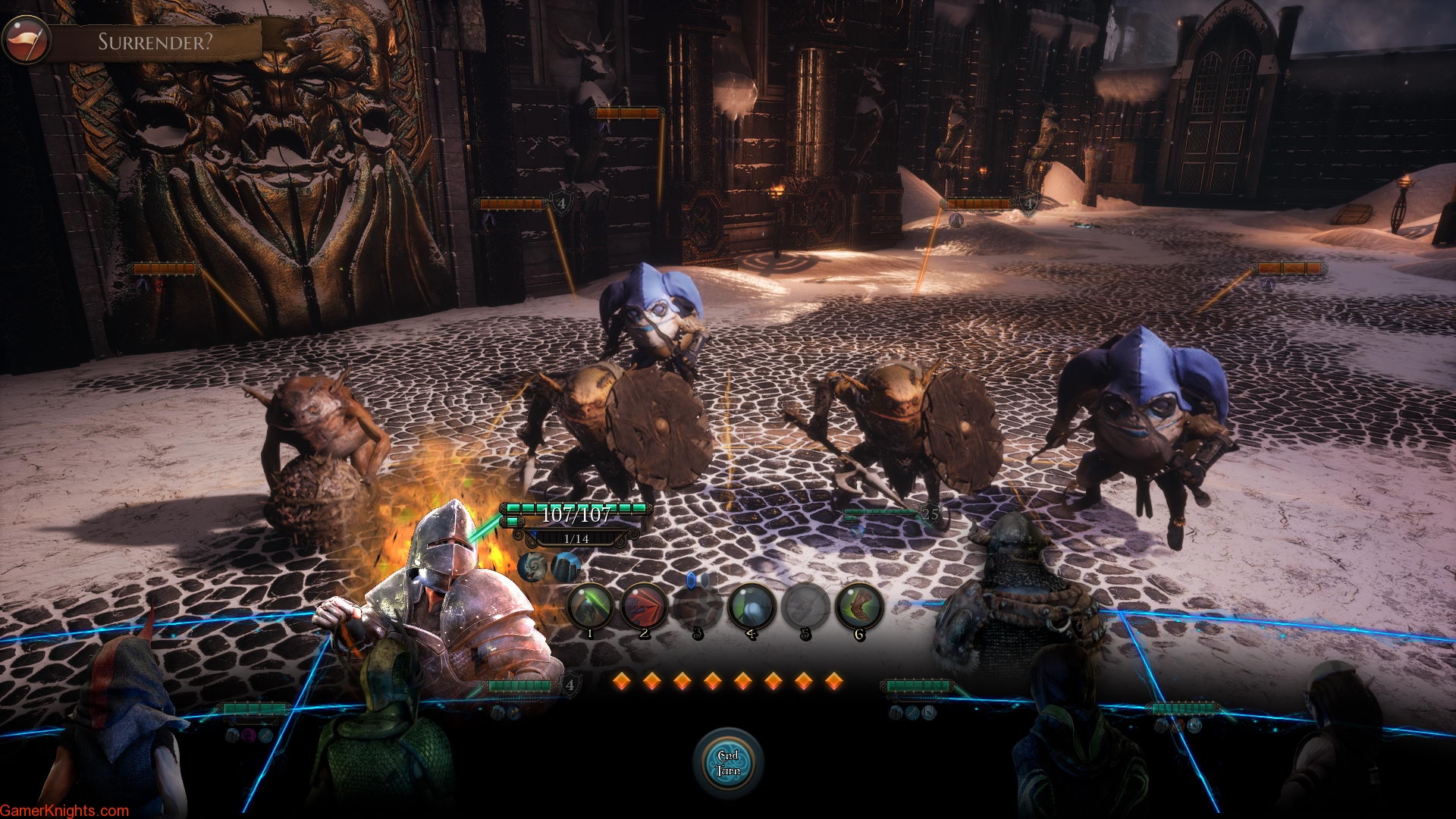 Some puzzles or barriers to progress require you to start playing music (it is a game about bards after all), and this is much better implemented. There are often little visual cues to help you progress, and the different songs are not only good pieces of music, but little puzzles in their own right.

The combat is much the same – again, treat it as a puzzle. It’s turn-based, grid-based and success will rely totally upon your strategy and use of your party abilities. Some of the mechanics are straight-up fun, like having your bard gain spell points through drinking (which then affects some of the in-combat conversations between the party), to devastating spells which often need to be charged for a round first. Your party build can be configured to a huge degree, and after a few hours the game will throw numerous companions your way to give you near-infinite choice. Coupled with this, the levelling system is also varied and flexible, so even within classes you can end up with hugely different characters and abilities which will all be useful in different scenarios. Effectively, out-thinking your enemy is the only way to success.

There’s a new region and dungeon in the director’s cut, but this was already a very large game anyway, and it can easily take you anywhere from 30 hours upwards to complete the main quest, depending on how much you fail, how quickly you grasp the puzzles, and how many side-quests you attempt. 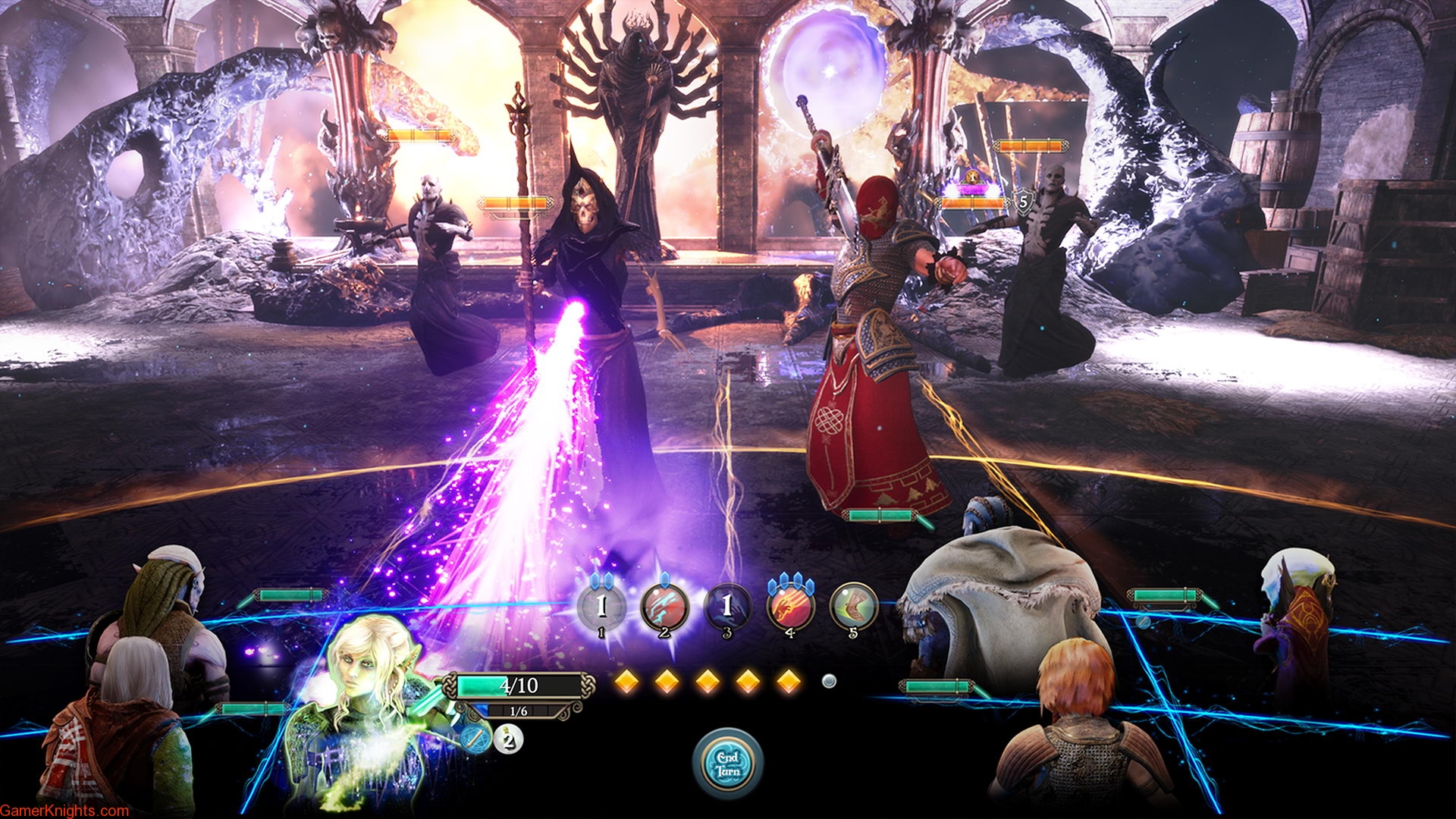 The game uses Unreal Engine 4, but despite this, it’s not a particularly impressive title. On Xbox One X, everything looks a little grainy, suggesting that it’s not hitting 4K. Despite that, there’s a 30fps refresh rate, and that’s not always hit. The game suffers from some hitching, especially in combat where you can wait a few seconds for the monsters to go, or for your own actions to trigger, which can be fairly disconcerting. This would all be forgivable if the game was a real looker. But it’s not. The art style is fairly generic fantasy, and the towns, dungeons and open areas all lack the kind of detail that a top-tier game should have. Animation is a particular let-down. All of this is a shame because some elements, like the intro video for example, are full of charm and an easy-going grace that warms you to the game. It’s just a shame that even after 12 months some technical issues remain (apparently they were severe in the original release).

For a game with kickstarter origins, the audio is thankfully not overlooked, and for once, it’s a superior element to the visuals. There’s some lovely celtic folk music to accompany the game, and with a good script and good actors, the voice-work is surprisingly detailed and high-quality. Not every line is voiced, but the game does a pretty good job here. Oh, and the party banter is top-notch too.

Despite a mini-resurgence a few years ago with Legend of Grimrock, dungeon crawlers have remained sat in the nostalgia drawers. The Bard’s Tale IV proves that there’s still life in the genre, with interesting combat, a good script, and some great folk music. If you have Xbox Game Pass, then really you should try the game out – just be warned it takes a couple of hours to warm up.