Elsweyr kind of wastes dragons, at least for now. But the visually appealing land of the Khajiit, the interesting cast of characters, great side quests and excellent value make up for the disappointing headline feature.

Getting Elsweary of this game?

Elsweyr is the latest big expansion to ESO, which has seemingly recovered from its rocky start. But after two hugely anticipated releases with Summerset and Morrowind, can the land of the Khajiit excite players in the same way?

Zenimax have certainly tried to roll out the big guns, promising necromancers, dragons and more. Unfortunately, given the online component to the game, dragons in particular fail to pay off. In terms of the storyline they mostly appear from afar as a reminder that they exist rather than any real threat. Outside of main quest missions, dragons will be marked on the map and are basically just bosses that require a party to defeat, landing at one of only a few pre-determined spots. The main plot tries to squeeze in a lot in not a huge amount of time. The size of the world (and length of the questline) seem more compact than Morrowind or Summerset (at least to me), and most players who are mainlining the primary objectives could be done in 10-15 hours.

The quests remain not your typical generic MMO fetching or killing. I’ve been playing ESO on-and-off for over three years, and I still don’t get bored by myself, and it also remains deliberately feasible to play by yourself as well. Whilst it means you have to sometimes suspend your disbelief as you come across 10 other PCs by a quest-giver, it means the game has the best elements of MMO and traditional single-player RPG.

The gameplay still isn’t as tight as Skyrim though – there’s less point in exploration (and less dense placement of map locations to boot), enemy AI remains totally mindless and many creeps will respawn quickly, and combat doesn’t have the same tightness, but it’s close enough for those looking for an Elder Scrolls fix. And it’s much closer to the ‘real thing’ than just about any other MMO I can think of. With over 30 hours’ worth of single-player quest content before you even get onto the raids or the fact there’s the whole of mainland Tamriel to explore, and it’s hard to think of a game offering better value for money right now, given I never felt any compulsion to subscribe to ESO plus. 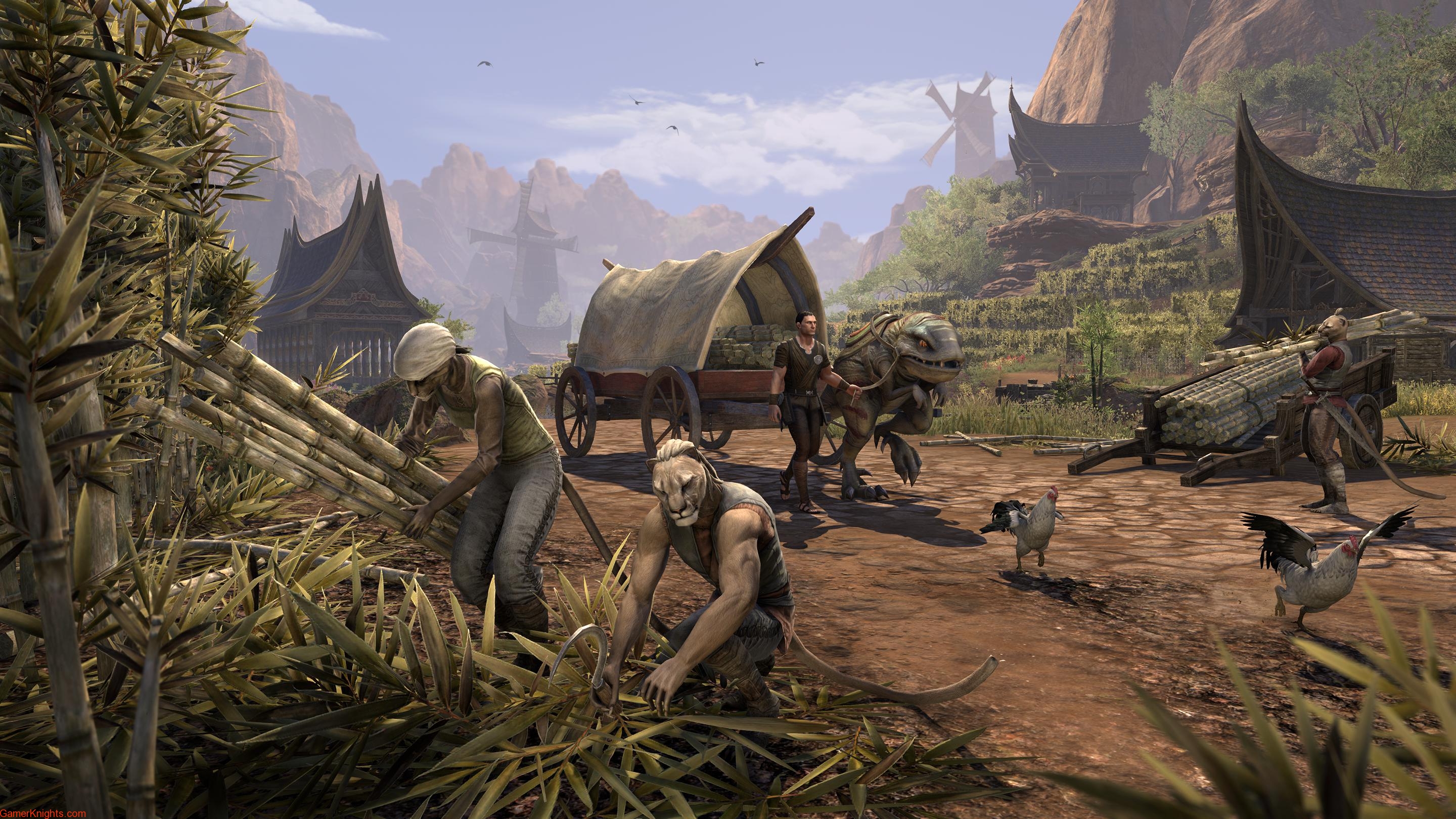 In addition to the main quest, there’s some really entertaining side quests. After a couple of hours, you’ll almost certainly get roped into helping out with a heist, recruiting a motley team with various skills but no care for how their personalities may mix. And when they come together, it’s the high quality script and banter that really makes this an exceptional piece of RPG content.

You can, of course, also play as a Necromancer yourself if you fancy starting as a new character. They have loads of cool abilities, including (of course) the ability to raise the dead, summoning skeletons to fight at your side, or even using the corpses around you as traps or more fuel for summoning. Thankfully, the NPCs will also react to you if you use (outlawed) necromancy in front of them, which could have been an easy miss for the expansion. Raise the dead in front of a guard and unsurprisingly they won’t be best impressed! 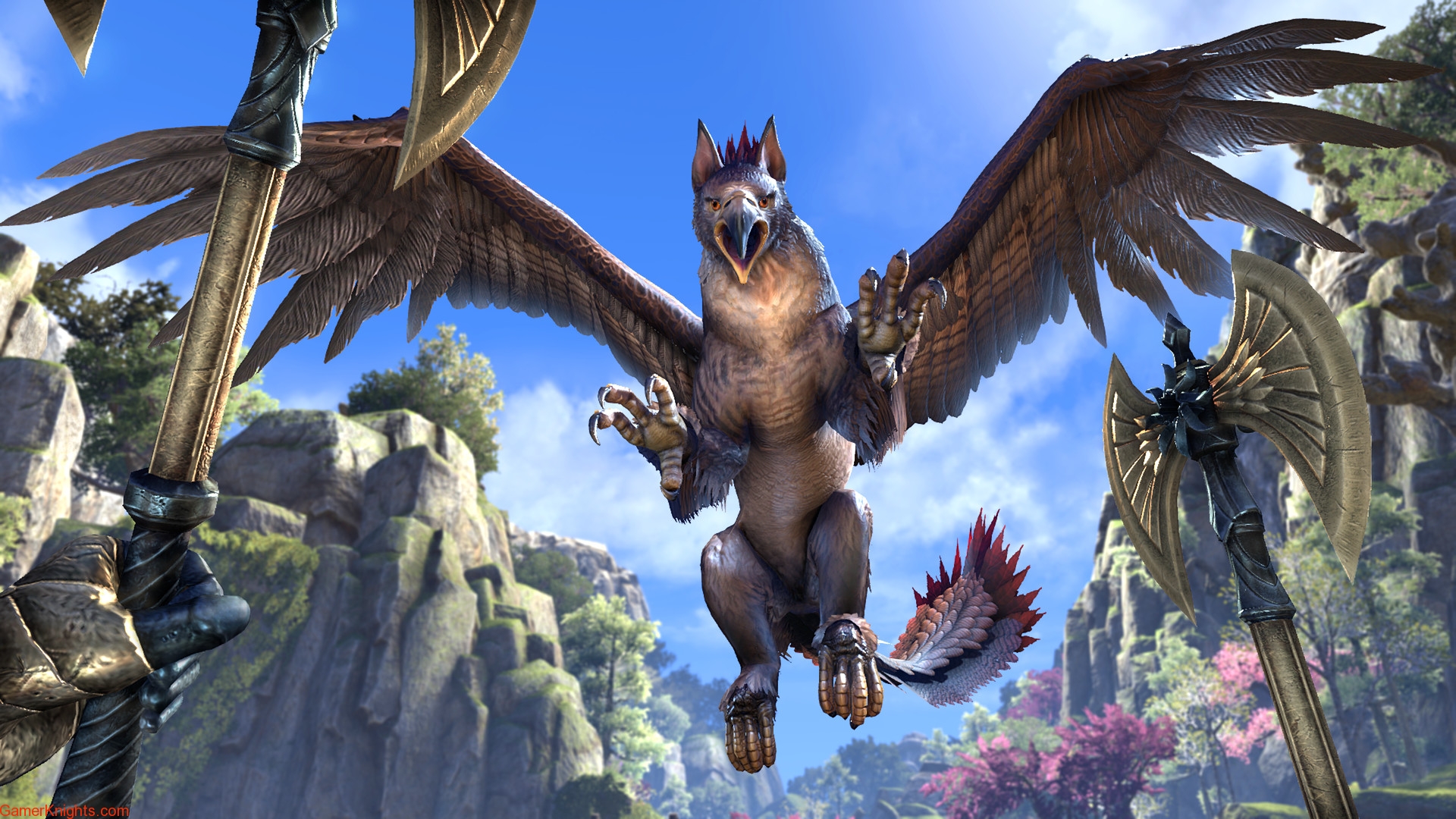 ESO is clearly a MMO at heart, and has all the social aspects you’d expect. It’s easy to team up formally and informally with other players, and Summerset certainly seems well populated after a couple of weeks of playing through. In addition to the standard content, dragons will require you to team up and take down together. They cause huge amounts of damage, and you’ll need a healer in order to take them on. I did find that there are more performance and latency issues sneaking in. My connection speed has doubled since last year but I too regularly found input lag and latency verging on the unacceptable.

The homeland of the Khajiit is much more dry and arid than the rest of Tamriel, but this is no dull, barren desert. Elsweyr has a couple of cities with their own unique architecture, and valleys, mountains, and even a tropical jungle in the south of the map. On top of that, there’s plenty of mysterious ruins and dungeons to explore, and army encampments which have been scorched by the fire from the marauding dragons. Zenimax have made the landscape pretty interesting, but there is no denying that ESO is starting to creak around the edges somewhat. True, MMOs generally lag behind other games in the graphics stakes, but I get the feeling that the whole game is starting to creak a bit. Performance doesn’t seem as good as it has done in the past, with lower frame rates as well as the aforementioned lag. 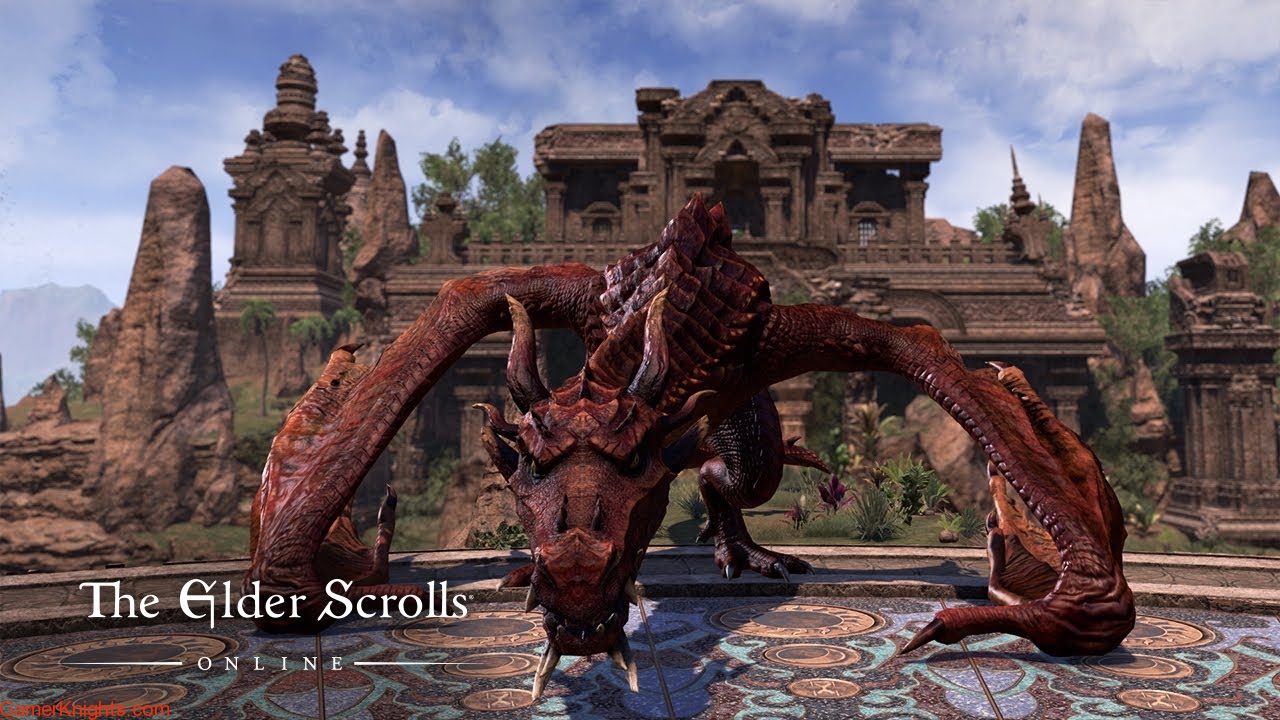 The Elder Scrolls series has always had my favourite score of any game series, and Online continues to delight, with a beautiful, mellow orchestral rendition of many classic songs and new ones that suit the environment perfectly. The voice acting seems a step up from other expansions, with characters such as John Cleese’s Sir Caldwell returning, a talking (magical) cat, and a pretty good quality script that seems like a step up when compared to the previous couple of expansions.

Elsweyr is a good addition to a game which continues to grow in stature and confidence over the years, even if graphically it is now starting to show some age. There’s great visual variety and art in the new area, great new quests, enemies and content, along with the necromancer class, new crafting options, dragons – the list goes on and on. Whilst the game may not be quite as tight solo as a traditional Elder Scrolls game, it’s really quite close, and the level of storytelling and quest complexity remains right up there with their single-player epics. If you’re already on board with ESO, then as usual, this is a bit of a no-brainer addition. For those who are considering jumping in, especially on Xbox, where the core game is now part of Game Pass, and the other expansions are regularly on sale for peanuts, Elsweyr is a compelling addition well worth the £30 asking price.