The Sinking City isn’t a bad game by any stretch of the mark, but it doesn’t really open up much more in the way of detective work for the player, whilst the open world itself is largely devoid of gameplay, side-quests or anything else interesting, whilst bringing added jank for ‘fun.’

Cthulhu games seem to be coming quick and fast this last twelve months with an officially licensed RPG, and now an adventure game from Frogwares, who have spent the last decade or so developing Sherlock Holmes games. Is it too ambitious for them to take on a change of theme and a move to an open world in one go?

Cthulhu and Lovecraft have long been a source of inspiration for games, but unfortunately Frogwares don’t really attempt anything beyond the standards clichés you probably expect. You play a grizzled WW1 veteran turned private investigator, who is suffering from a huge amount of mental trauma, who has been drawn to the city of Oakmont to find answers and a cure.

The city has been subject to horrendous flooding, but also has a number of fishmen from Innsbruck and other weird things going on. But despite all of this, most of the inhabitants simply act like this is entirely normal. The cases themselves rely on a number of genre tropes, with a focus on psychological horror, madness and gruesome murders, whilst it’s hard to care too much about protagonist Charles Reed, who is a rather generic hero. 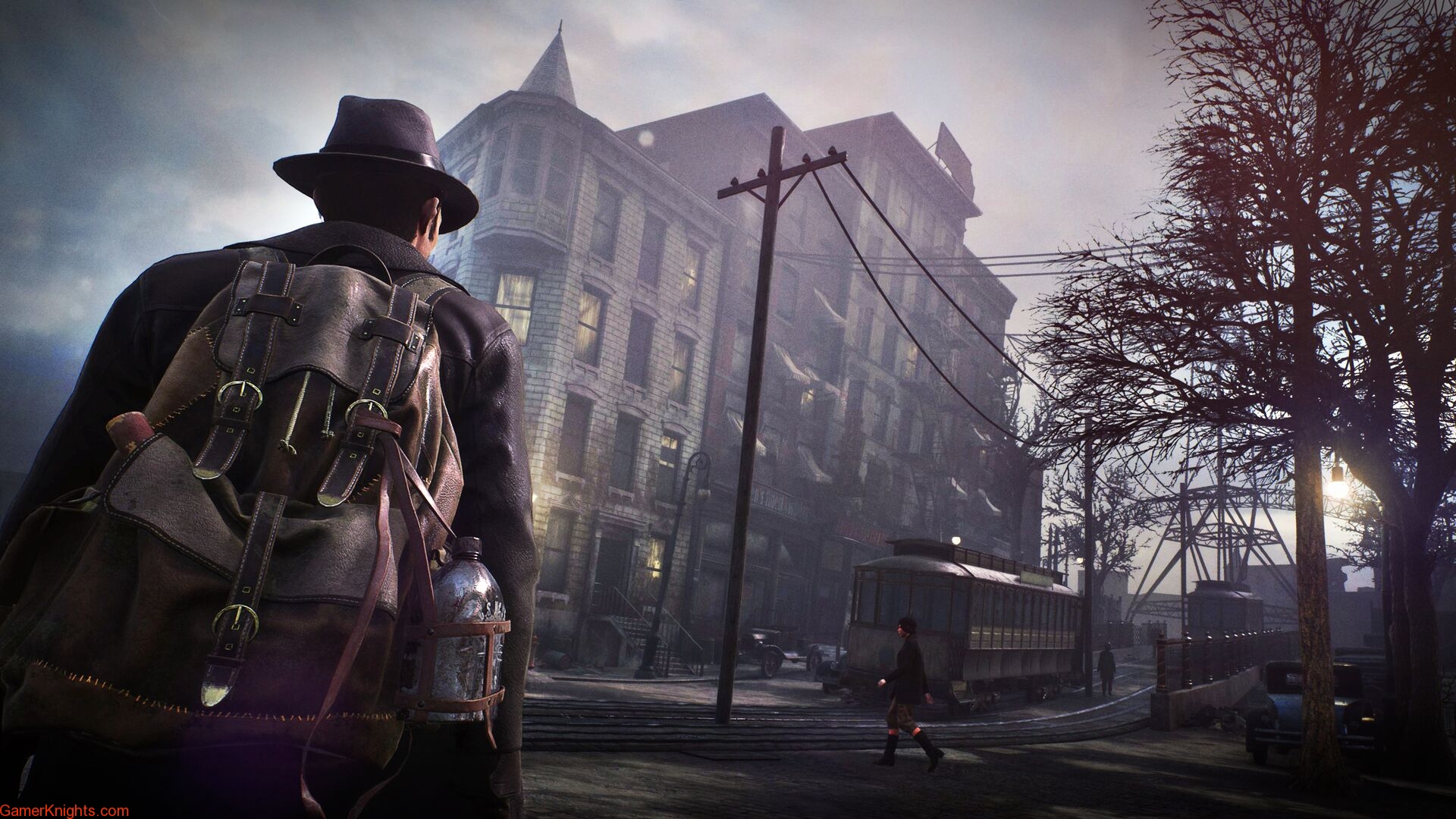 The gameplay borrows heavily from Crimes and Punishments and Devil’s Daughter, the previous Frogwares games, which encouraged you to explore the environment, find clues, and make deductions in order to reach a conclusion from your “mind palace”. Unfortunately, some of the better elements, like an element of uncertainty and guesswork, have been removed, presumably to streamline the gameplay somewhat.

The developers don’t hold your hand though – whilst you have access to a map, you don’t get markers on it. Instead, you are supposed to use the evidence to place your own markers. Frankly, this is fund for about the first case or two, but after that it’s just a timesink. The game never makes the clues more complex, so once you understand what the game is asking, it’s just busywork to find the right location on the map. I resorted to a guide to save time, because the map is fairly large, and finding the street names was making me squint. 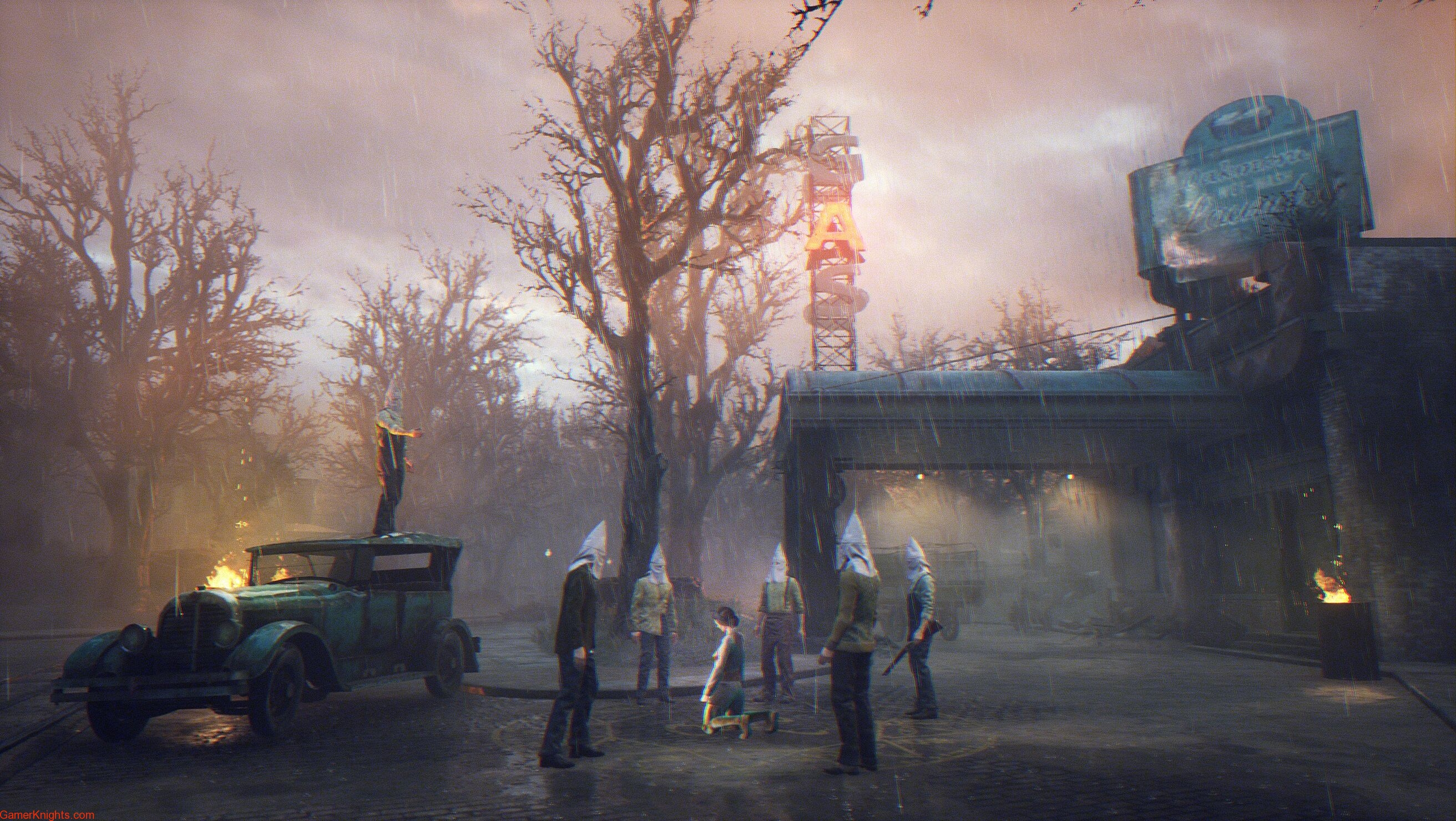 There are some changes from prior games, although it’s mainly a re-imagining of previous gameplay mechanics, or a slight re-positioning. You’ll have a sanity meter which can drain rapidly when confronted with certain scenes, but can generally be remedied by running away. You can also make use of your supernatural abilities to recreate what happened at the scene of the crime. Lastly, there’s combat. This is uniquely frustrating. Ammo is very scarce, and the same goes for crafting materials. Many of the basic creeps are very small and nimble, at it’s basically impossible to hit them apart from with melee attacks. It generally feels a bit cobbled together.

This is a game from a Ukranian developer clearly working to a limited budget, and taking on an open world can’t have been easy, even when compared to the relatively large mission areas of their previous Sherlock games. The open world suffers from fogging, buildings pop in, and the NPCs are constantly getting lost or bumping off level geometry. The game also seems to chug a little bit, and I’m not convinced it even runs at a full 30fps on Xbox One X.

It is a crisp looking game from a resolution standpoint, but the texture and model quality really isn’t great. Oakmont is a large city, but there’s not a huge amount of visual variety across the map, and further compounding the issue, streets where there isn’t much to do certainly amp up the blandness factor another level. 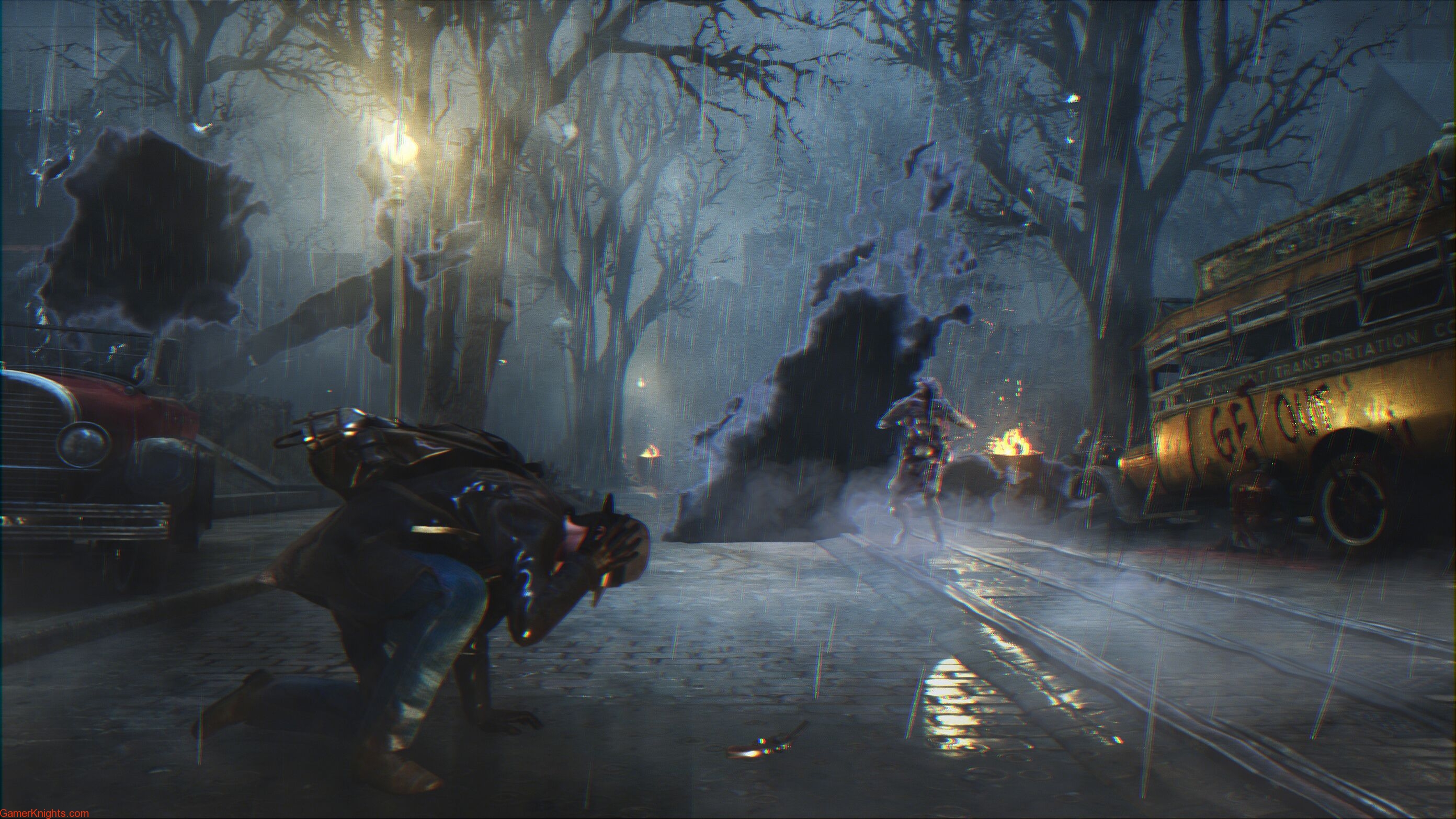 Reed comes across as largely mute and grizzled, and is significantly less interesting to play as compared to the more nuanced character of Sherlock Holmes. Thankfully most of the other voice acting is a step up from your own character’s. Music is fairly limited, but the sound effects are thankfully pretty good, and certainly help with the nagging sense of horror and unease that the game portrays.

The Sinking City was maybe a stretch too far for Frogwares. Their last Sherlock Holmes game was a genuinely excellent adventure game, and felt like a satisfying, meaningful upgrade to their detective mechanics, with tight case design and gameplay. The Sinking City doesn’t really upgrade these mechanics, and the open world just adds frankly unnecessary complexity and a level of bugginess that is just a distraction. I hope that future games from the studio make more of the open world, because there is certainly potential here.