Deck13 refine the fantastic foundations of the original and deliver their best Soulslike yet.

After releasing the fun, flawed but most of all promising Lords of the Fallen back in 2014, I knew Deck13 were a developer worth keeping an eye on. They swiftly followed that title – clearly inspired by Dark Souls as it was – with another in the same vein, The Surge.

Both games were a bit muddled, and neither were quite as good as their inspiration, but they brought fresh ideas to a genre that’s usually left untouched by its imitators. I went into “The Surge 2” expecting more of the same, but was pleasantly surprised.

The Surge 2’s story seems to get out of the way as quickly as possible. Taking place in Jericho City, a comatose plane-crash survivor comes to in a dilapidated medical bay, only to find the city around her turned to ruin. Taken over by a cybernetically enhanced and long insane group of biomechanical freaks, your only option is to strap an exoskeleton on, start modifying yourself and fight your way out. 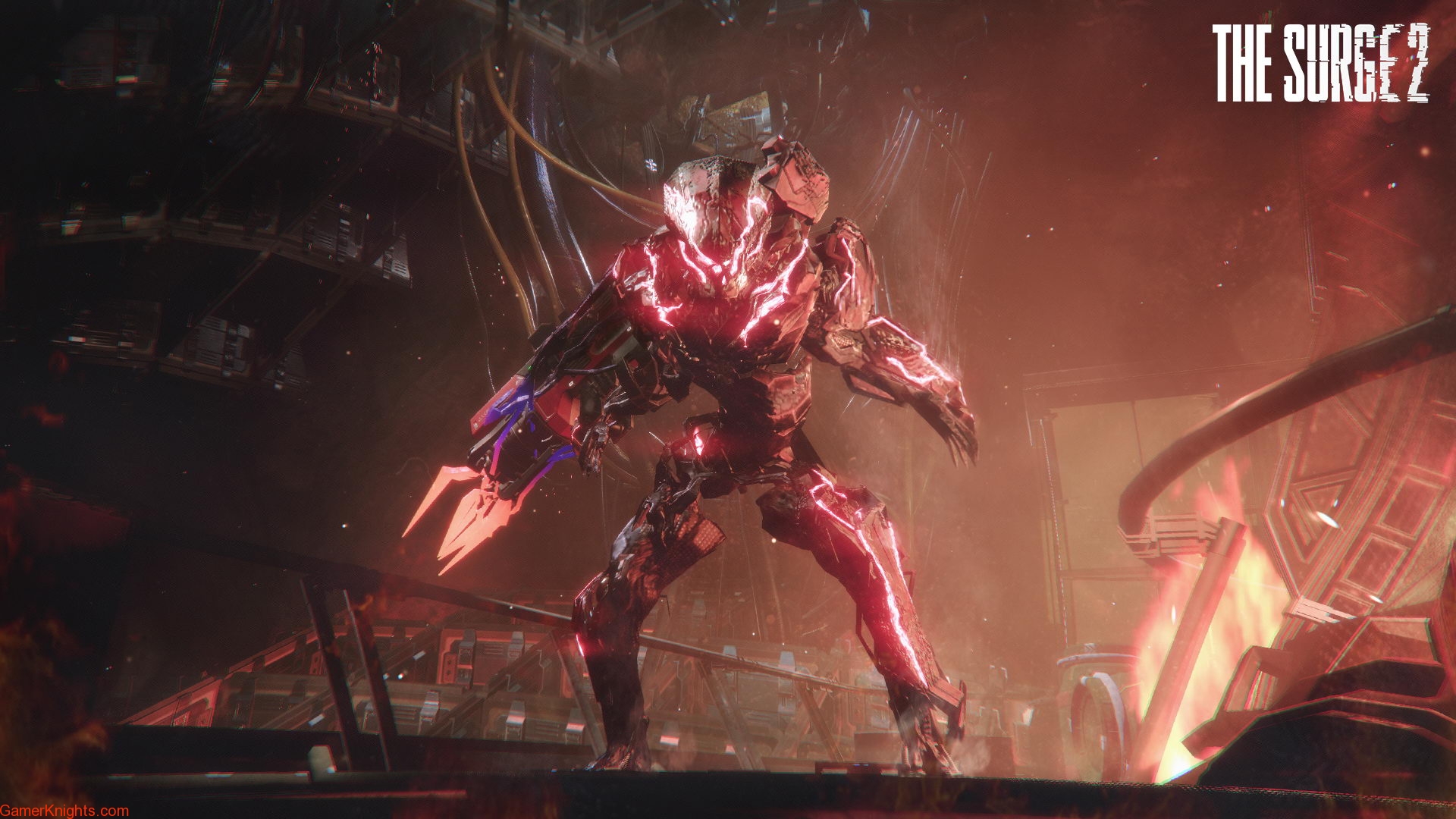 Along the way there are whispers of a story – a resistance group making a home for themselves amidst the chaos, echoes of an incredibly powerful child who has been causing trouble, and a host of audiologs eager to tell you of the fall of Jericho – but honestly, I wasn’t that enthralled to dig any deeper than the surface-level dystopia. The Surge 2 is a game that offers as much – or as little – as you want, when it comes to narrative, and much like with Dark Souls before it, I was perfectly happy hacking my way through, oblivious to the bigger picture.

The original Surge had moments of greatness, wrapped up in a bit of a clumsy shell. At times, its combat felt a little clunky and overly punishing, and I wasn’t entirely sure Deck13 had bettered their previous Soulslike attempt of Lords of the Fallen. The Surge 2 confidently outpaces both of them, and is definitely the best game I’ve played from the developer.

This is thanks to the strong foundations of the original being streamlined, refined and generally improved upon across the board. The combat is more fluid, fights where you are outnumbered are managable and engaging and the very literal hack and slash system that allows you to rend limbs from your foes to upgrade your own works well and lends the game a very visceral feel that actually serves a purpose. All in all, the Surge 2 feels like a more cohesive realization of that bleak, original vision.

Jericho is a much more interesting place to explore, for starters. Whilst the original felt a little linear, The Surge 2 is a veritable rats nest of corridors and offshoots – almost to its detriment. Very often I found myself trying to remember to revisit an area that I had left a couple of routes unexplored, but before I could do that I stumbled across even more oppurtunities and avenues of exploration. It’s all a little intimidating, at first, but Deck13 cleverly funnel you towards where you’re meant to be going by insurmountable – but well signposted – difficulty spikes and interesting map design. I always knew, more or less, in which direction I was supposed to be headed, but exploration was such a joy – especially with the more tactile verticality to the maps – that I ended up thoroughly absorbed in checking out as many nooks and crannies as I could reach. 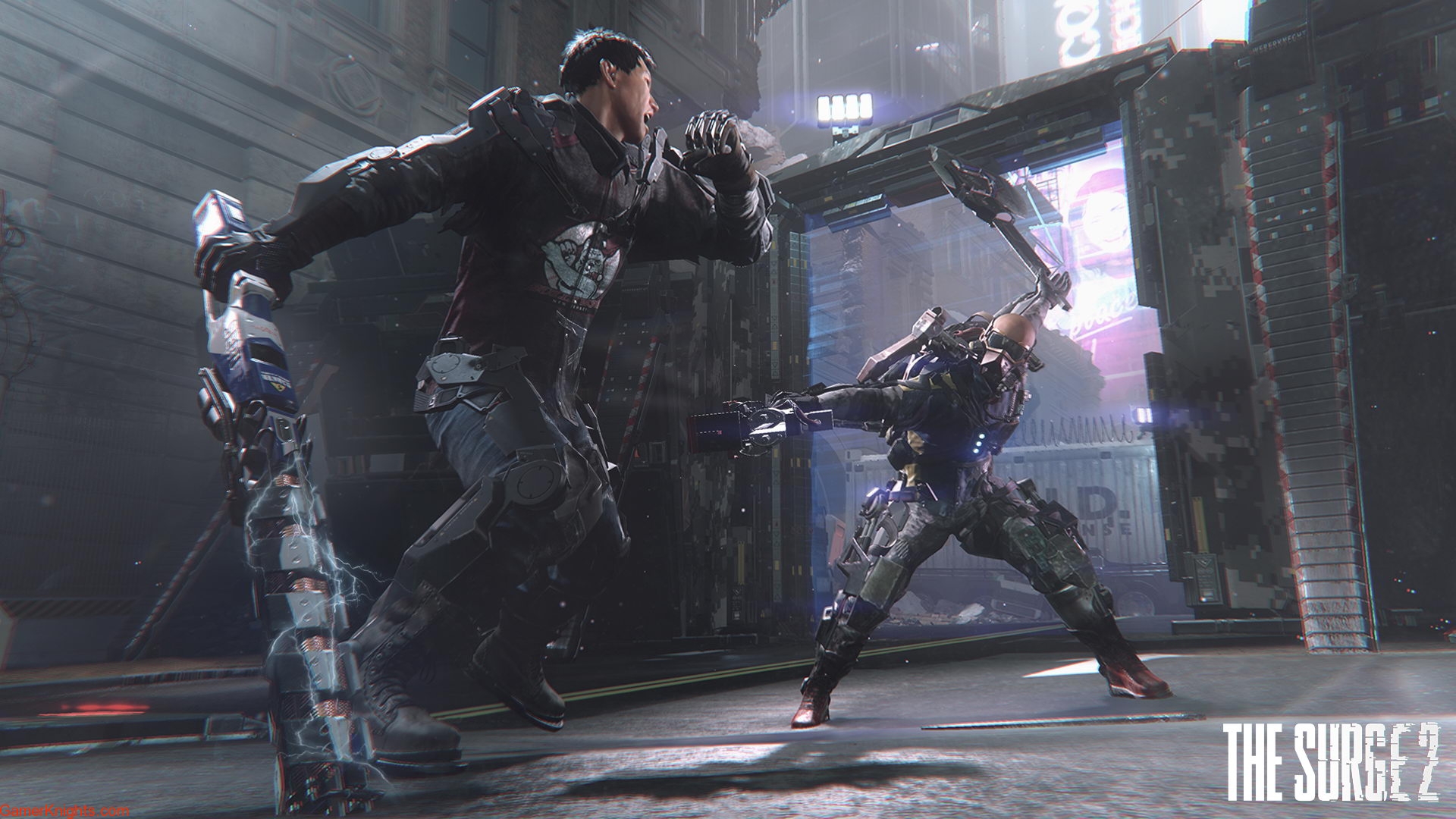 Knowingly, there’s a little online hide-and-seek minigame which allows you to drop a shadow of yourself in a hard to reach or out-of-the-way area. Should it go unfound by other players for a little while, you’ll be rewarded with a huge chunk of scrap. You can also hunt down other players avatars to grab a bonus (and rob them of their own). It’s a neat system that rewards the most thorough of explorers and the most ingenious of hiders, and I was thrilled every time I was told my well-hidden avatar had gone completely undiscovered.

This scrap, and the scrap you get from killing any enemy in the game or dismantling junk you find around the world, is the main source of currency. It allows you to buy weapon or armour blueprints from vendors, craft those blueprints, upgrade that crafted gear or simply to level up your player. Honestly, this is one of the game’s biggest bugbears: one form of currency serves far too many purposes, and I was lost as to how best to kit out my scrapper to give them the best odds for upcoming difficulty spikes.