A really assured, confident start to a new series whilst also banishing many of the technical gremlins that have plagued recent Telltale games, A New Frontier comes highly recommended.

Telltale’s Walking Dead games have been real favourites of mine, but some of their other games have missed the mark for me, whilst performance and bug issues have been seemingly ever more prevalent. Which direction does the latest series of The Walking Dead take?

My only real problem with the story in A New Frontier is how it has to rather casually deal with some of the possible outcomes from the previous series to ensure that everyone can start from ultimately similar paths and there aren’t too many possible journeys. So, without spoiling anything, the introduction of flashbacks will deal with certain characters and their fates over the intervening years between the seasons. However, they are at least dealt with using the utmost care.

Clementine of course returns, a few years older and even more distrustful than ever before. But she plays a surprising bit-part really, with former baseball player Javier Garcia as the new series lead – he’s interesting because in life he was a cheat and a failure, but seems to be making a new life for himself just fine after the zombie apocalypse, as if it has (or is) the making of him. 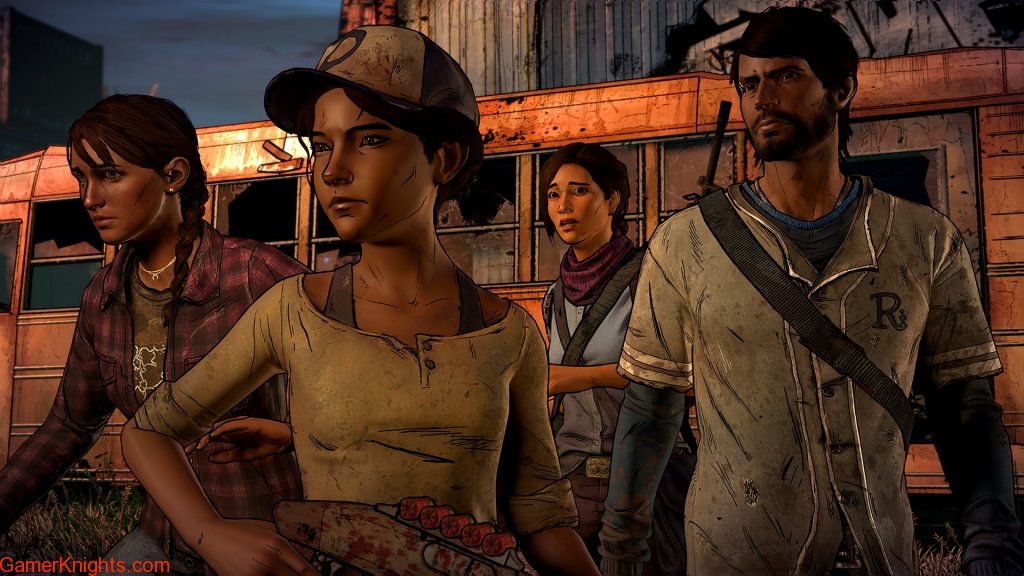 The two linked episodes the game starts with are tense, tightly paced, and have plenty of ‘wow’ moments and tough decisions that are literally life-or-death for some of the new ensemble of characters. The cliffhanger at the end of the second episode though was the real standout for me – the implications of some of the events of the episodes are massive, the ramification of how a certain character is re-introduced huge, and it leaves me looking forwards to what could be a huge showdown in the next episode with colossal amounts of expectation and impatience.

Telltale have moved further and further away from the ‘adventure’ part of adventure games over the years, and I’m totally cool with that. The quality of the storytelling and the moral choices are the real draw here, so the team are completely right to focus on these aspects. 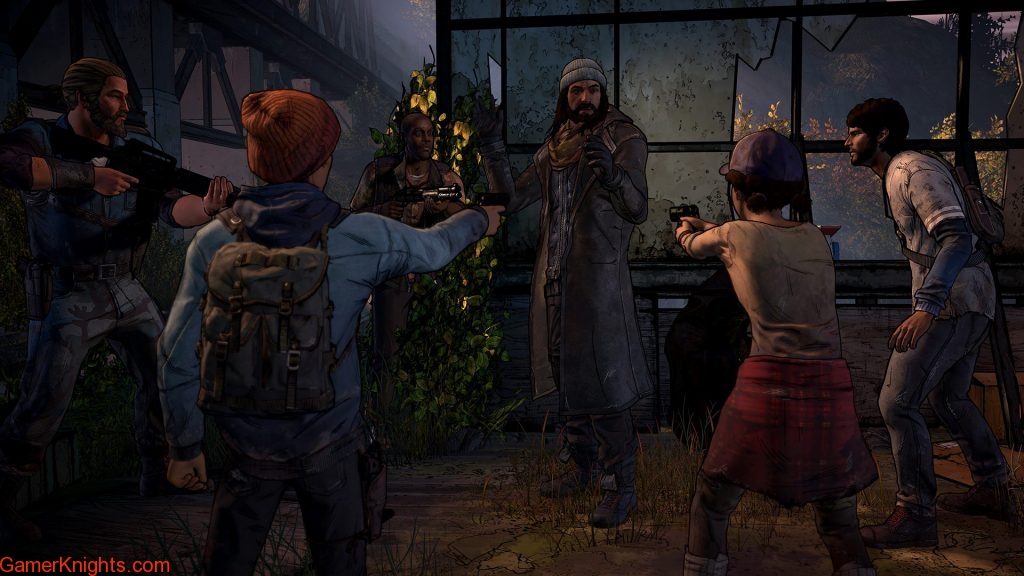 There’s very few parts of the first two episodes where you’re even in direct control of Javier, and even those are mostly to add flavour and can be bypassed pretty quickly.

The QTE events use the style Telltale have brought in for their last couple of games, but tone down the difficulty and speed required from Michonne fairly significantly, making this a really easy game – I never had to reload a checkpoint in the first two episodes, and neither of them run to more than 90 minutes each.

Telltale’s latest engine upgrade gives the game a clear graphical upgrade against the previous Michonne mini-series released earlier in the year, whilst thankfully suffering from far less performance issues at the same time. The game is neither the best looking or performing, but it’s a significant improvement over Telltale’s past work. 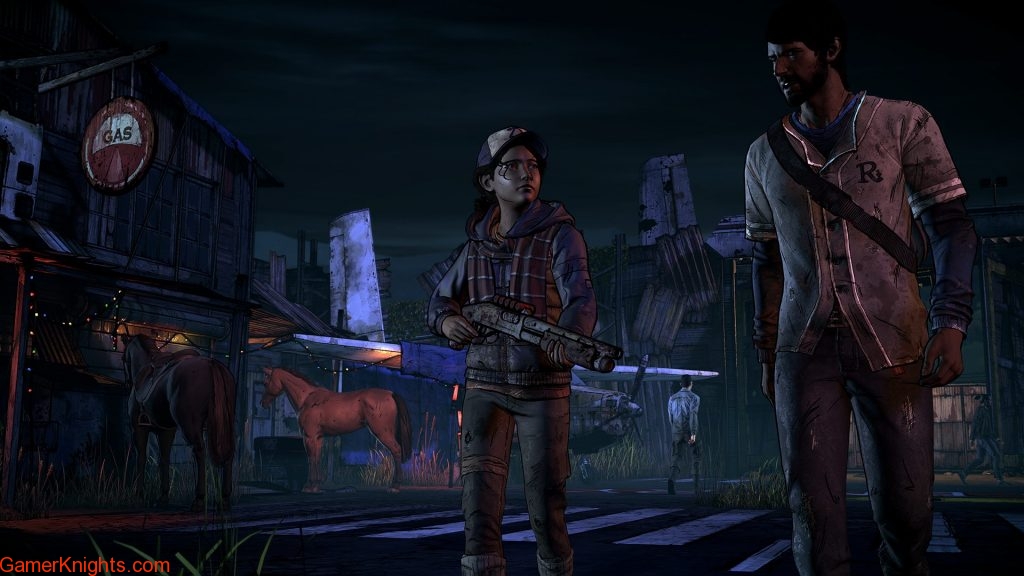 What’s particularly nice to see is that the developers have become significantly more confident and competent directors over the years, with some fantastic use of camera angles, lighting, scenery and colour-palette swaps to add to the cinematic flair and overcome the limitations of the engine.

As ever, the voice acting is fantastic, with well-acted, emotional performances from the cast throughout, even the minor characters. And the zombie noises are just as gross-out as ever.

Wow. A New Frontier, starting off with a double episode of content is a really strong start to a new series. With an interesting new character in Javier, and some well-directed flashback moments and camera work, the series has become more cinematic than ever.

There’s very little ‘adventure’ in these games any more, but as an exercise in interactive storytelling and moral decision making, this is Telltale at their glorious best.