There’s nothing terribly wrong with Ghost Recon: Breakpoint, but it does feel pretty unnecessary when Wildlands seemed to have a long tail and it doesn’t try to deviate from the formula as much as you would hope.

Takes you to breaking point?

Ghost Recon Wildlands was a massive success, so surely this sequel, coming a couple of years later, will be an easy win for Ubisoft?

One of the issues with Wildlands was the controversy around the “real world” setting – even though frankly this wasn’t something the company should have taken seriously.

This time around, Ubisoft have played it safe, with a fictional island, Aurora, and the plot gets pretty hilarious quickly. Your helicopter is shot out of the sky; most of your team is killed, and you can’t get off the island or communicate with your superiors (why don’t they launch a rescue mission?!).

Former colleague Colonel Cole Walker has booted out the CEO of Skelltech, is busy creating his own private militia fuelled with future tech drones and robots, and it’s down to you to take revenge for your team. You can, theoretically, go straight after Walker after completing the tutorial, but you’ll be hopelessly under-powered, and so it’s time to go help out the local populace, uncover some of the reasons for Walker’s maniacal power-grab, and get some more gear…

Objectives are impressively open in Breakpoint. There’s always a huge amount of missions open, and generally you’ll uncover more in every location that you visit. The only issues you may run into are a) so much choice it can become a distraction and b) sometimes the world is a little more alive than you might imagine. Some missions have secret timers running in the background, so if you’re the kind of person that does get distracted, you may find yourself accidentally failing some missions because you left them running, and the game was counting down without telling you. 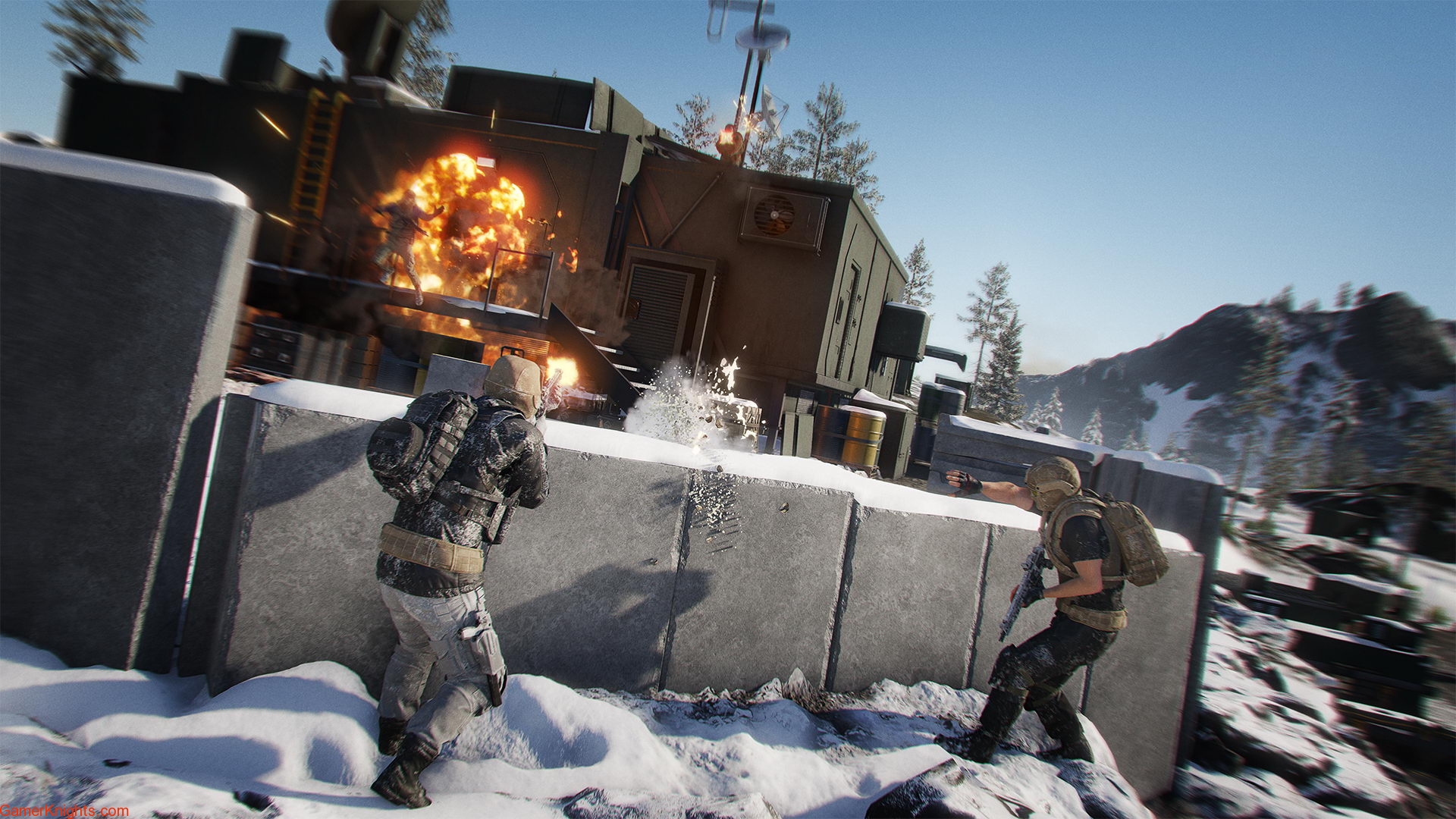 Re-doing the mission is normally a terrible idea too, as it will reset your game world back to before you started the mission (so you lose the progress on the missions you got distracted with too).

It’s also easy to get distracted in the menus too. The game wants you to be upgrading your gear constantly, your guns, your vehicles. You will find loot out in chests, earn it for completing missions, or can use “skell credits” (in-game currency) or “ghost coins” (paid currency). At times it goes beyond service game and dangerously close to free-to-play (without, of course, actually being free).

Thankfully, the actual gameplay rises above the convoluted and slow menu structure, taking cues from Wildlands, but not being an actual copycat. However, it will feel overwhelmingly familiar, especially if you’ve played other Ubisoft open world games recently.

Certainly, it takes a number of pages from The Division 2 (thankfully not the bullet-sponge enemies), and this frequency of similar releases has to be diluting some of the successes which the publisher has had the last couple of years. Some of the elements here may be new to Ghost Recon, but when you’ve done them in a FarCry, Assassin’s Creed or Division in the last 12 months, it all starts to wear a bit thin all the more quickly.

Thankfully the loot and XP cycle is relatively generous. Whatever you’re doing out in the world, it feels like progress is being made and the numbers are going up. And some players will thrive on this variety. The core shooting and stealth mechanics are also as good as they’ve ever been (some people may find them a bit forgiving). The progression system unlocks abilities at a good, but not excessive, pace, whilst the tools you have in your inventory are all genuinely useful and gameplay enhancing, whether it’s the drone, different vision modes, or the various perks which can be earned. 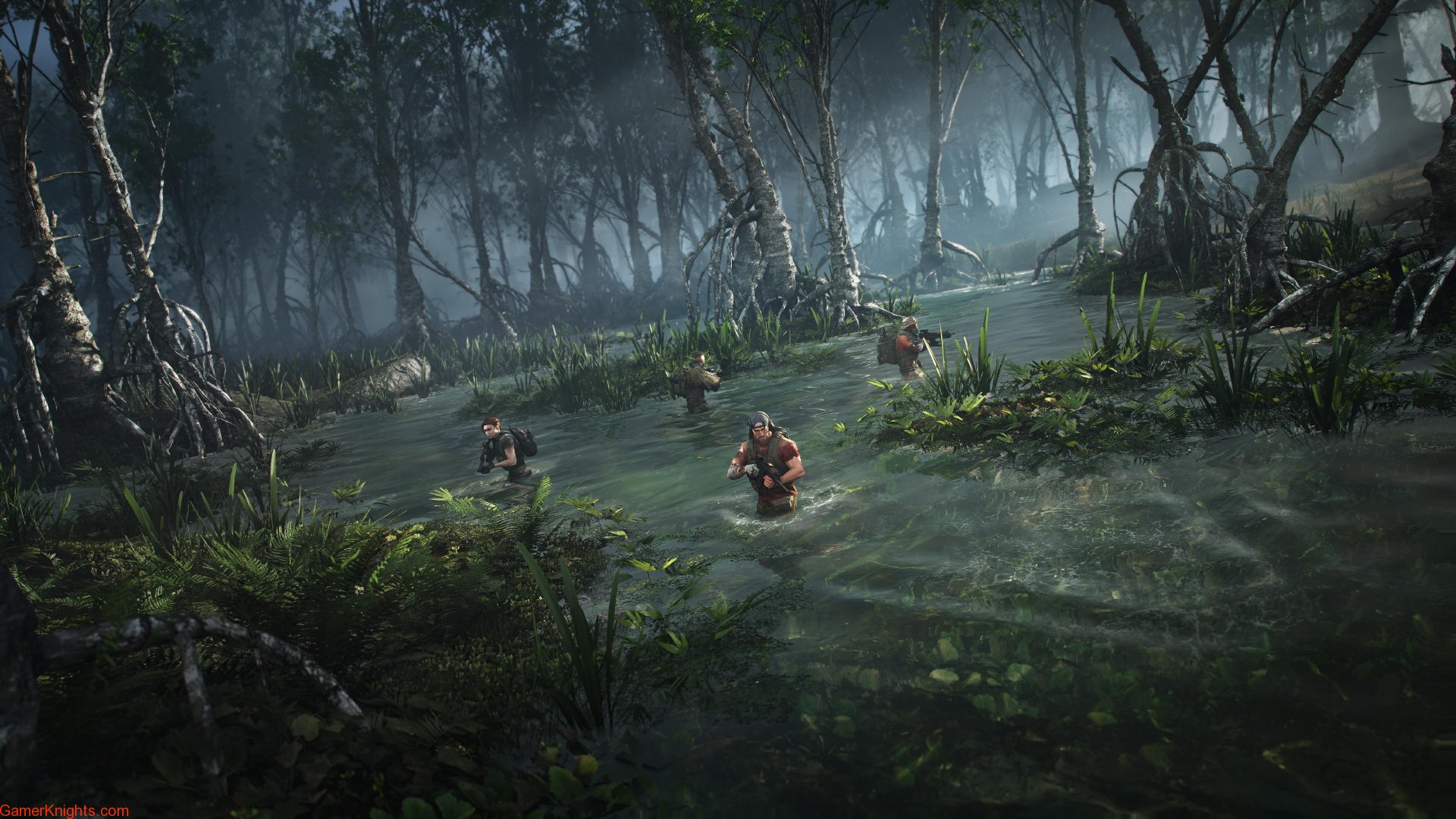 Whilst someone with serious skill and luck may be able to “complete” the game in a couple of hours, actual humans will find easily 30-40 hours worth of content here, and Ubisoft are always highly likely to push out more as time goes on.