Once the server issues are overcome, Rainbow Six: Siege will provide a pretty unique tactical shooter experience for the hardcore, but it still needs some polish today.

It’s been a long time since Rainbow Six has been on consoles; and with R6 Patriots having been cancelled, does Siege feel like a ‘proper’ new game, or something cobbled together from the components of a long dead concept?

Whatever was taken from Patriots, it probably wasn’t the storyline. Siege gives you an impressive opening cinematic, with talk of the Rainbow programme being reactivated due to some unknown terrorist threat to the globe, with legions of willing troopers and banks of chemical and biological weapons being used against civilians. But there’s no plot to the sparse number of missions, nor is there any link between the missions, which would have added a little greater sense of urgency or coherence to the game.

Bizarrely, for what amounts to an online-only game, Rainbow Six: Siege suggests you don’t go straight online. After a few tutorial videos, the game then suggests you play one of ten offline (followed by a ‘secret’ online) ‘situation’ missions, to prepare you for what awaits online. These single-player vs. bot missions will give you a bit of a helping hand when it comes to the terrorist hunt game-mode, but aren’t a good replica of the standard multiplayer whatsoever. Really, their only purpose is to start you off with a pot of the game’s currency, Renoun, to let you buy your first few ‘operators’, which is the game’s name for soldiers, each of which have their own loadouts and special abilities. These can be brutally tough to start with, even on the ‘normal’ difficulty, because Siege plays like an old-school tactical shooter. 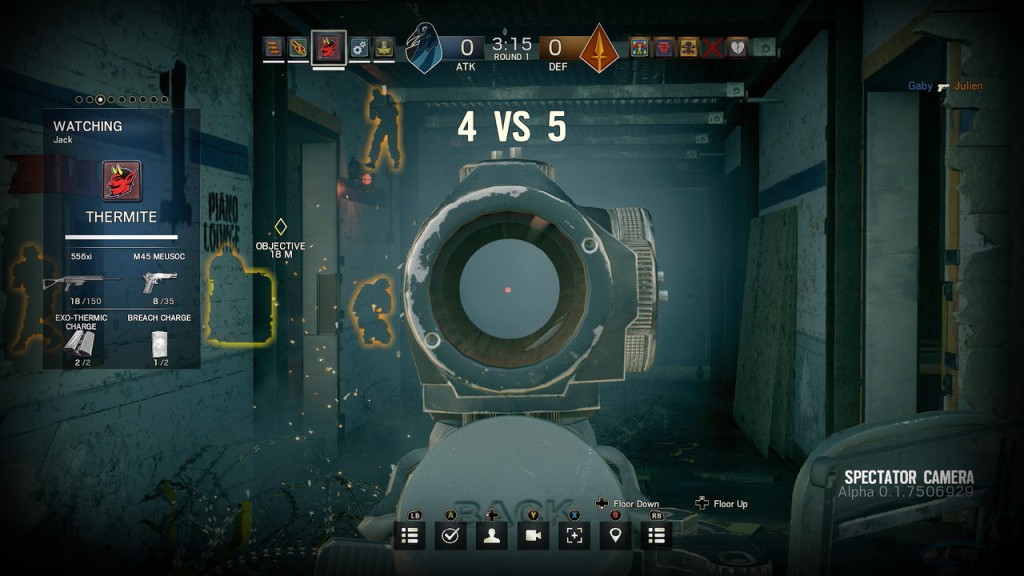 There’s no regenerating health; there’s no snap-to cover; you feel like a normal soldier rather than a super-hero. You also need to get used to the cramped interiors of the building you’ll fight in, and the fact that many of these areas are highly destructive: you can shoot through walls and doors, breach through floors or ceilings, and set traps for unwitting enemies at every turn, many of which are an instant kill.

So, having a team of people who can help you out, and even revive you in certain circumstances (although I found this to be glitchy and unreliable) makes for a tangible difference to the gameplay, regardless of whether you’re playing in a team of 5 against the AI in Terrorist Hunt or playing against 5 other humans in standard multiplayer. Whilst the number of modes are pretty limited (generally you’ll be disarming bombs, rescuing hostages or defending/ attacking an objective), and nor are there many maps, Siege does at least have a fair bit of variety. 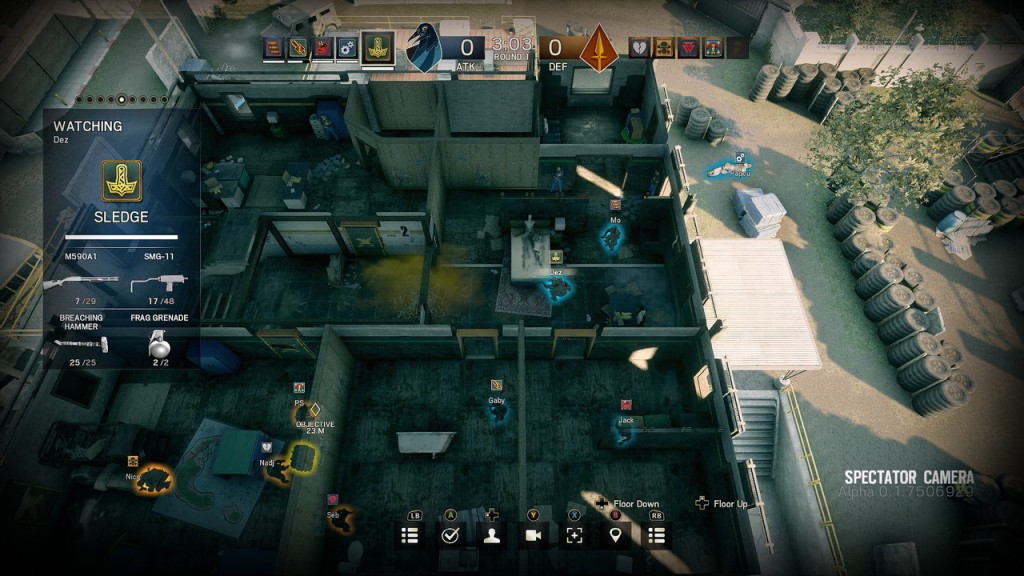 The game forces you to work together, and with the elements of destructive gameplay, matches rarely play out with any similarity. One mission you may go in through the roof, whilst the next you might breach through the windows; it’s this number of options that will keep the game fresh whilst you wait for new content. It’s a shame that for a game already fairly light on ‘traditional’ ways to play that the shop is also pretty prominent; it’s hard to go too far without the game trying to flog you the season pass or another Renoun booster for real-world money.