There’s nothing inherently terrible about The Division 2, but it feels like a clear missed opportunity with repetitive missions and bullet sponge enemies. The loot cycle is good, and will no doubt ensure the game keeps many players involved for months (or years) to come, but coming off of Metro, it’s a no brainer as to which one I’ve preferred to play.

The first Division was an interesting and intriguing proposition, a loot shooter & MMO in a gritty version of New York where rioters and gangs have taken over. After a somewhat politicised announcement, does “The Division 2” learn from the mistakes of the past?

The game has endured a pretty rocky road from announcement about how overtly political it has seemed, from poorly thought-out tweets and trailers, right down to the setting at the heart of the US establishment. The sad thing is that seemingly someone realised this, thought it was a bad idea, and then pulled the content, maybe at the last minute, because it wasn’t replaced with anything.

The initial cut-scenes make some very loose references to the original game, but then you get dropped straight into… well, not very much. There are a number of gangs and groups which have taken over DC, and you have to stop them because… you’re the Division? Beyond a view that these insurgents, terrorists, bandits or whatever are bad, there’s not much else to the game. And apparently the best way to confront these gun-toting bad guys is… with bigger guns. So who is to say that you’re any better than them? 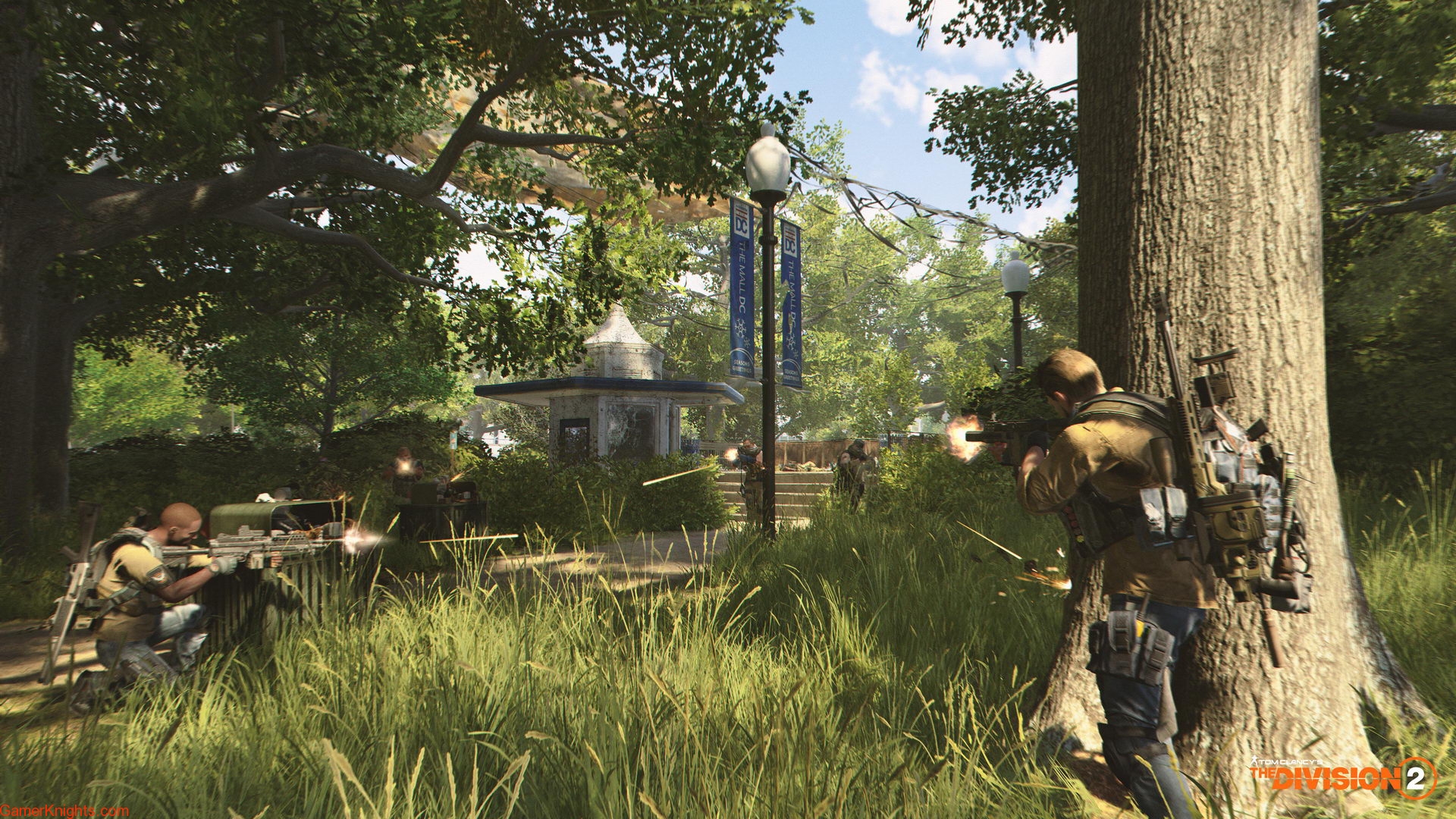 And whilst the endgame makes sense from a gameplay point of view, it’s crushing from a narrative point of view, as there’s always a bigger, badder group of dudes ready to roll into town and push you right back to square one. It’s literally a game you can’t win.

The Division 2 is basically a cover shooter, but not a great one. The enemies are bullet sponges and the feedback from the weapons isn’t great. Aiming can be woolly, and there’s often so many lights, particle effects and the like it’s difficult to find the reticule. The shooting is saved somewhat by the skills, which are customisable and upgradable. I chose to go on the offensive with a drone and a turret to add additional firepower and harass nearby enemies. Neither is overpowered, but given I played many missions solo, they were an important offensive and defensive part of my arsenal.

Being set in the real world presents a number of issues for this kind of loot shooter. Enemies need different health levels, so soak up completely unrealistic amounts of bullets. There are only so many skins or variants of an AK-47 to collect. Thankfully, the ability to mod items and their abilities make the grind more bearable, even if the games doesn’t have the visual variety of outfits and guns as even Destiny, let alone Diablo. 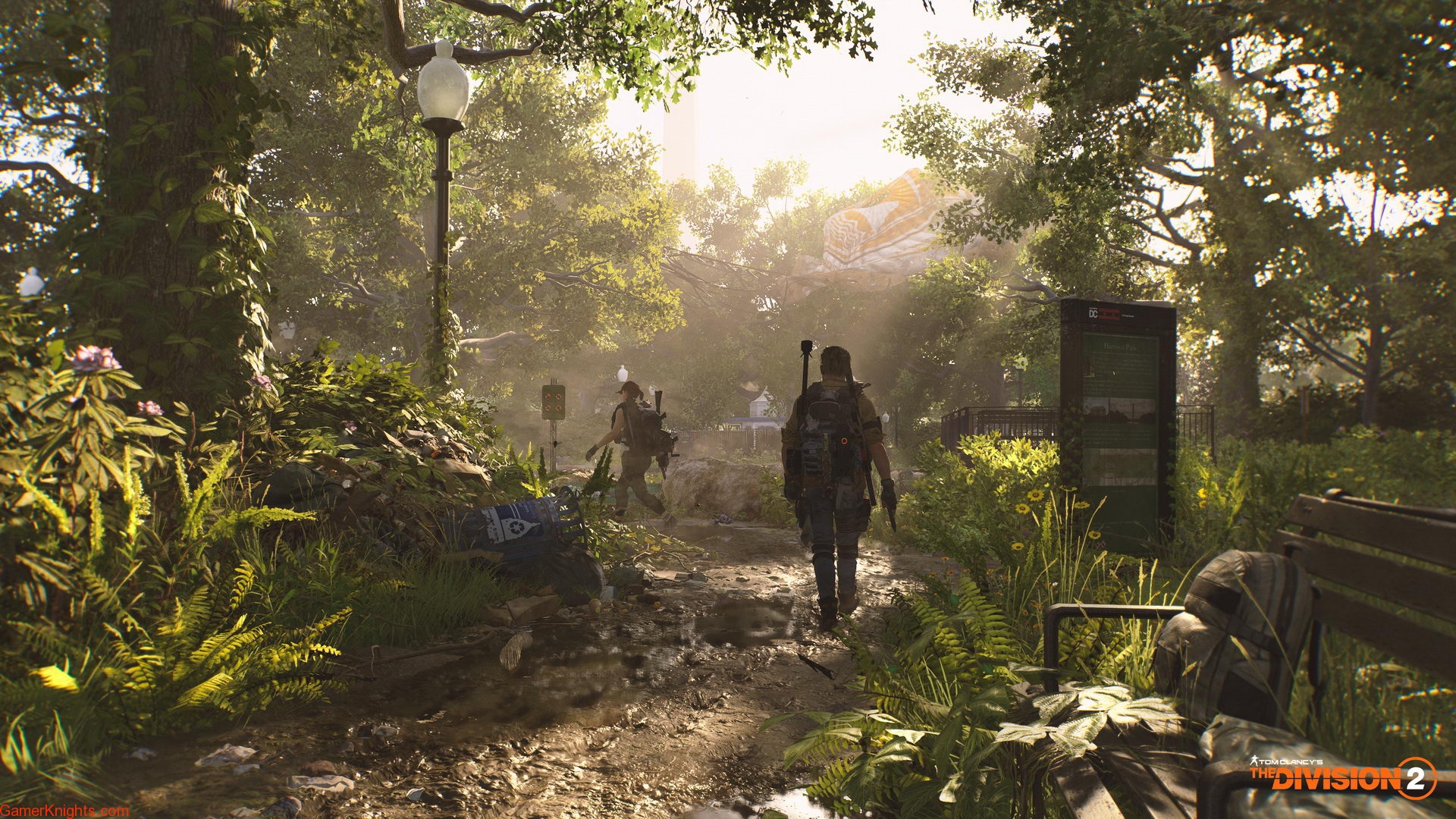 Frankly though, as a time-crunched 30-something, I have numerous issues with the gameplay loop. Drops are tight. Missions are too long. Checkpoints are infrequent. There’s not enough variety in the mission structure. It takes too long to get between missions. The overall pace of progression is slow (an hour of actual gameplay per level, at best). You constantly need to travel between safe houses, locations and the operational base to do busywork, all of which take time. These are all things that can be balanced, and the game has a very generous amount of content, but there are so many issues I expect I won’t see out much more now I have reviewed the game. If you’re a teenager with endless time and friends, I expect this would be brilliant. But as someone with a personal life and commitments, frankly this game and the dedication it requires just makes me anxious.