Trine 4 is a return to form, with 2.5D puzzles that both new and existing players should enjoy. And with plenty of side content for more experienced players, there should be something for everyone.

Trine 3 wasn’t exactly well-received, but with Frozenbyte returning to 2.5D puzzling roots for Trine 4, is this latest entry just more of the same or a worthy extension of the franchise?

You’ll pretty quickly come to realise why Trine 4 gets the subtitle “The Nightmare Prince”. You’ll quickly come across the young prince Celius, who has the unfortunate ability to make his nightmares become reality. He dreams quite a lot about wolves… Anyway, in come our usual trio of heroes, the wizard Amadeus, Zoya the archer and Pontius the chubby knight. This likely band of heroes then go off chasing after Celius and try and stop him. 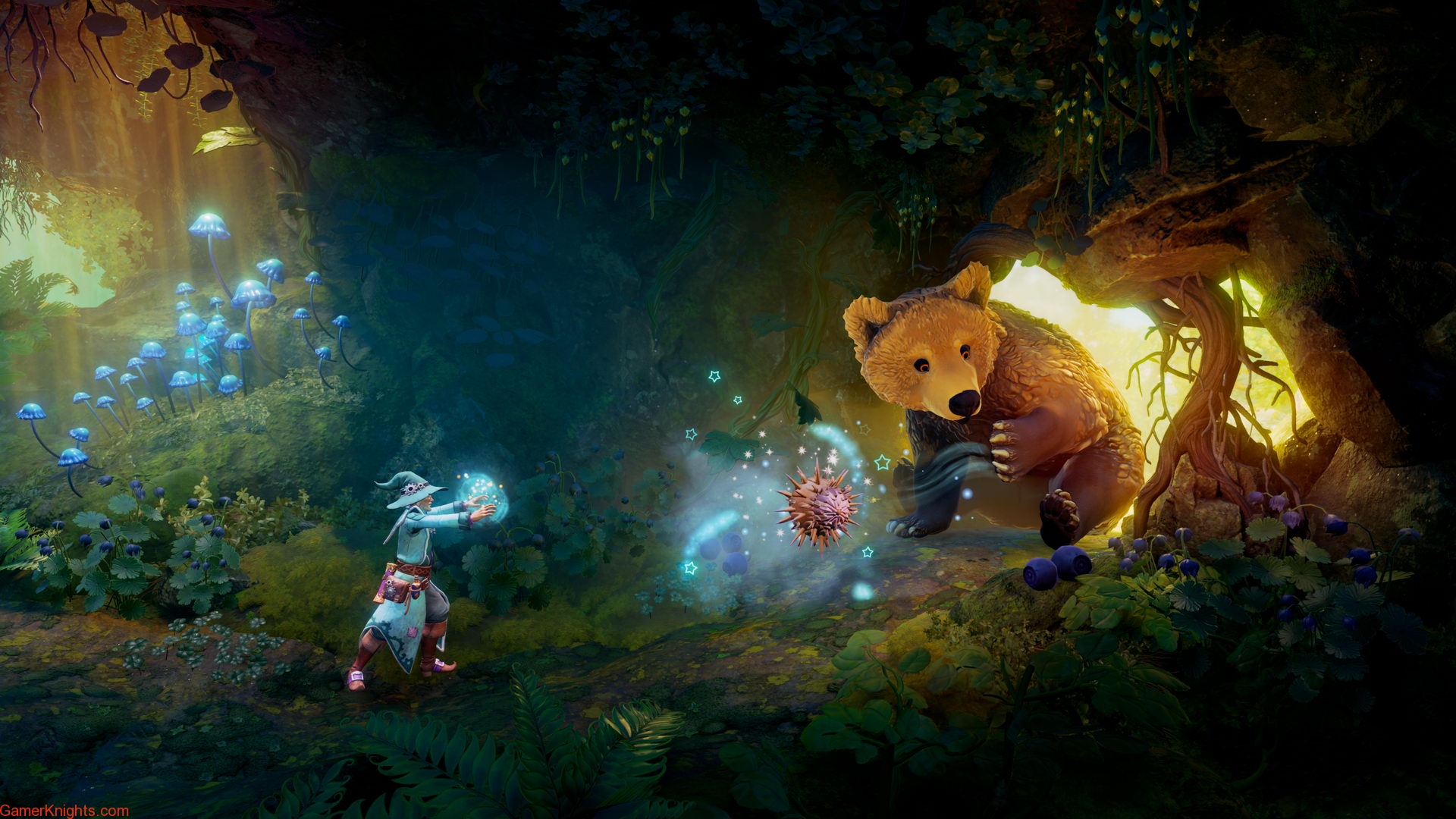 Trine 4 ditches the action-roleplaying and 3D world and goes back to basics. It’s a 2.5D, physics-based puzzler where you’ll need to use the unique abilities of each of the three characters. Amadeus can summon boxes and move objects around the environment. Pontius can smash stuff up and use his weight to break things, whilst Zoya has a variety of arrows, ropes and grappling. Unlike the previous games, there’s now a basic progression system that will give you various abilities as you progress through the levels. However, it’s more of a façade.

Whilst there is some choice, it’s very limited because otherwise you might find a blocker to progress. You will be able to get a few combat upgrades, but combat has always been, and remains, the least attractive part of the game. Amadeus is next to useless, and Zoya’s arrows become slower than would be ideal. It’s nearly always advisable to simply switch to Pontius and mash away at X to just whack at things with your sword. 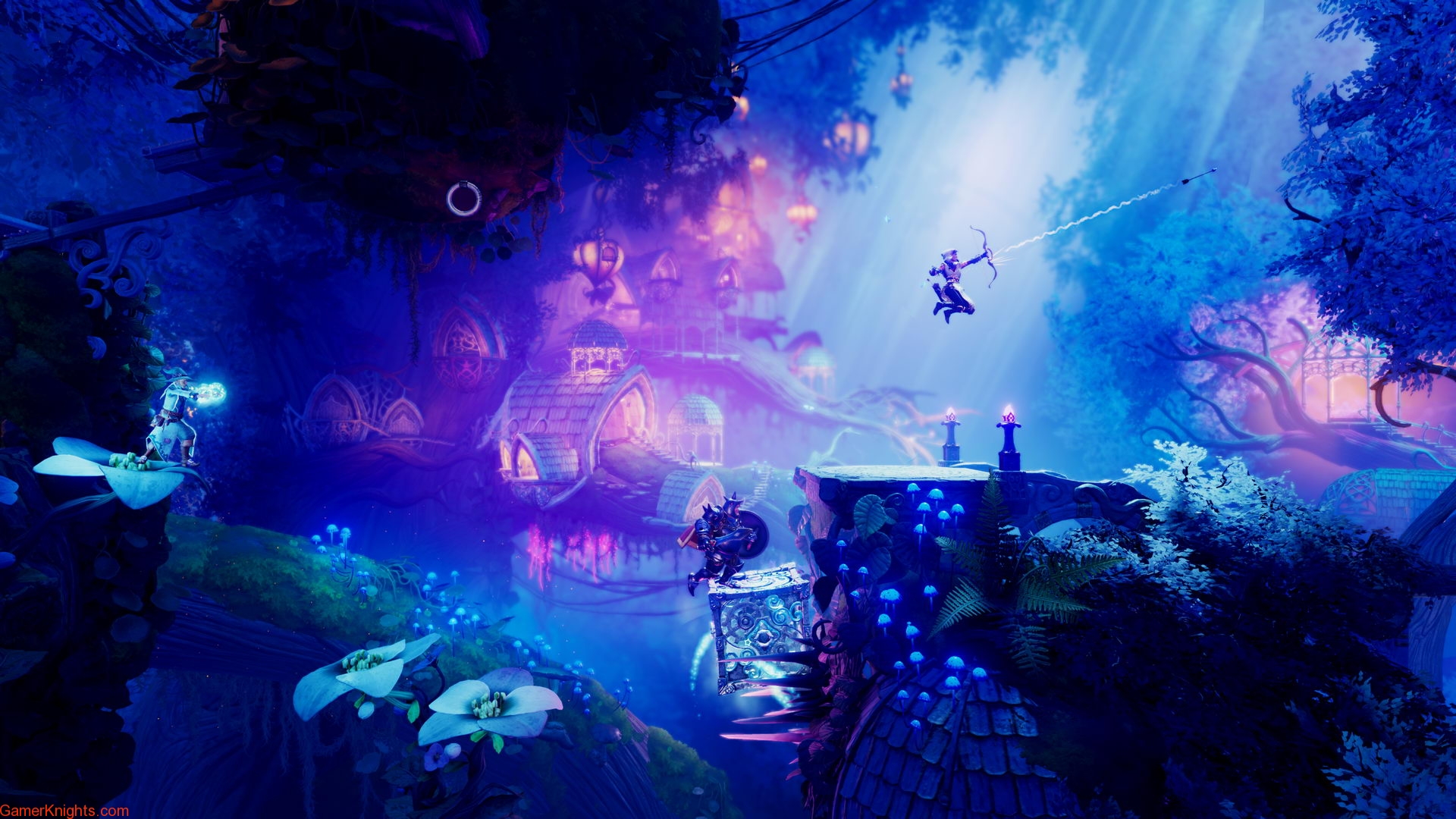 The upgrade system also doesn’t benefit the puzzles quite as much as you would hope either. Many of the upgrades will offer quicker solutions to the puzzles or access into areas to get some of the more difficult collectables or experience vials. And the collectables will only net you some achievements, whilst the experience is, as I’ve already mentioned, pretty limited. The puzzles are generally pretty easy, they require more timing than thought, although as with almost all games of this type, there will almost certainly be puzzles which require a quick trip to Youtube. For the most part it was ok though.

If you’ve not played Trine before, then you might be sat wondering about why you’d want or bother to be played this online. Well, Trine becomes a very, very different game, despite the fact that nominally, nothing changes.  You’ll have to work together and communicate effectively in order to progress through the levels; if you’re without a microphone it may become a very frustrating experience. There’s also a new “unlimited” mode which allows up to four players, and on top of that, allows for any player to be any character, which is not only chaotic but frequently hilarious. 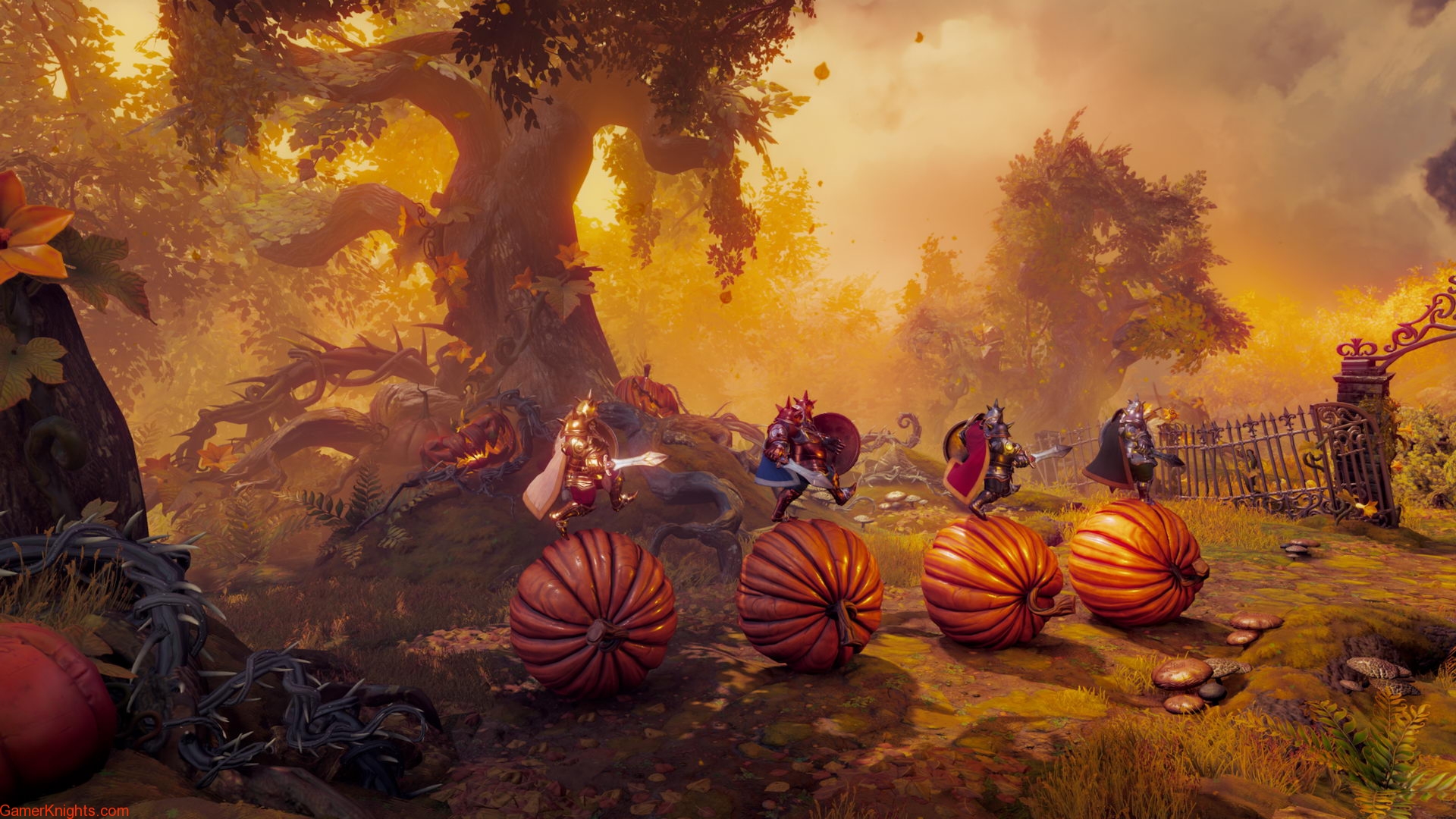 The art style of Trine is just delightful, and the bright, colourful fantasy landscapes feel beautifully hand-crafted. The landscape and colour palette also change pretty dramatically both within the levels and with every new one, so there’s some impressive variability, but despite this, it all feels coherent, like a grand fantasy epic come to life! The narration isn’t overbearing (or even all that frequent – to be honest more may have been welcome), but the tone and timbre of all the voice actors helps to emphasise just how nice the game feels, even amongst the darker elements. It’s also nice to find a game with a full score – most games are so quiet today compared to yesteryear, and the orchestral music is pretty good.

Trine 4 is colourful, vibrant, and well playing. It’s a very likeable game which few people will find disagreeable. It doesn’t advance the gameplay much from Trine 2, and where it does, with combat and progression, this falls fairly flat. It’s also not the longest game, clocking in at a fairly meagre 5-8 hours depending on your skill. But these are relatively minor gripes and there are few other games like this at all. Trine 4 probably won’t blow the minds of the veterans of the first couple of games, but it’s extremely solid and as good a point as any to get into the series.