Valentino Rossi: The Game takes a kitchen-sink approach to content, but despite the excellent, compelling look back at the iconic Italian’s career, much of the rest of the gameplay fails to excite.

Much like with Milestone’s look back at Sebastian Loeb’s rallying career, the latest Moto GP game focuses on the legendary Valentino Rossi. But does it provide sufficient excitement?

Focusing on one of the sport’s most popular and enduring characters is definitely a step in the right direction, and by providing a number of interviews with the man himself wrapped up between segments of archive footage, Milestone really get the feeling of celebrating a real success story. It’s just a shame that outside of re-living Rossi’s career he seems to fail to get excited at all about bringing you through the ranks as a promising young rider. Rossi (and, to be fair, the rest of your team staff) drone their way through endless little speeches before and after races; yet they provide little to no assistance or advice during a race.

Gameplay:
Playing through Rossi’s career highlights, though, is definitely the best aspect of the game. Not only do you get all the context you could need, but the tightly controlled scenarios are interesting and varied in scope, and plentiful in content, whilst at the same time serving as a history lesson in how Rossi came to be one of the most successful riders in history. Like with Milestone’s Seb Loeb game, this element more than makes up for many of the other flaws and will automatically elevate the game into a ‘must buy’ for Rossi fans. 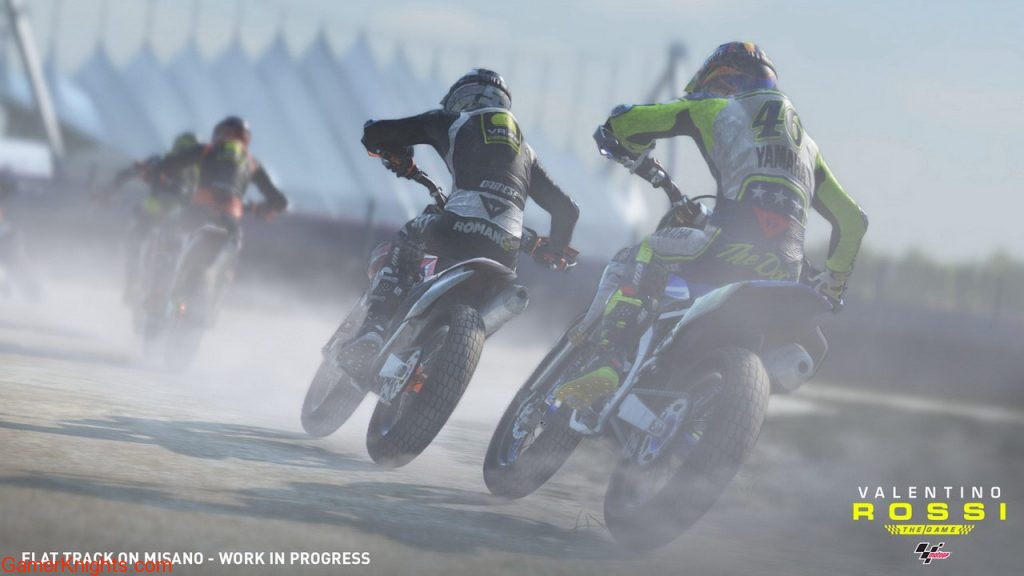 Despite the somewhat confusing game title and terminology (the box art itself doesn’t help with various stickers and logos spread everywhere), Valentino Rossi also serves as Moto GP ’16. Therefore you get full access to all the official tracks, riders and bikes that you’d expect from a Milestone simulation, along with various options to create custom championships. What’s odd, though, is that this mode feels like an afterthought, and gets very little attention.

You need to create your own custom rider and team, and then play through the story mode prologue before you’re even given access to Moto GP championships. Those who just want to race will probably find these little unlocks and unintuitive menus unnecessarily frustrating when they just want to race. 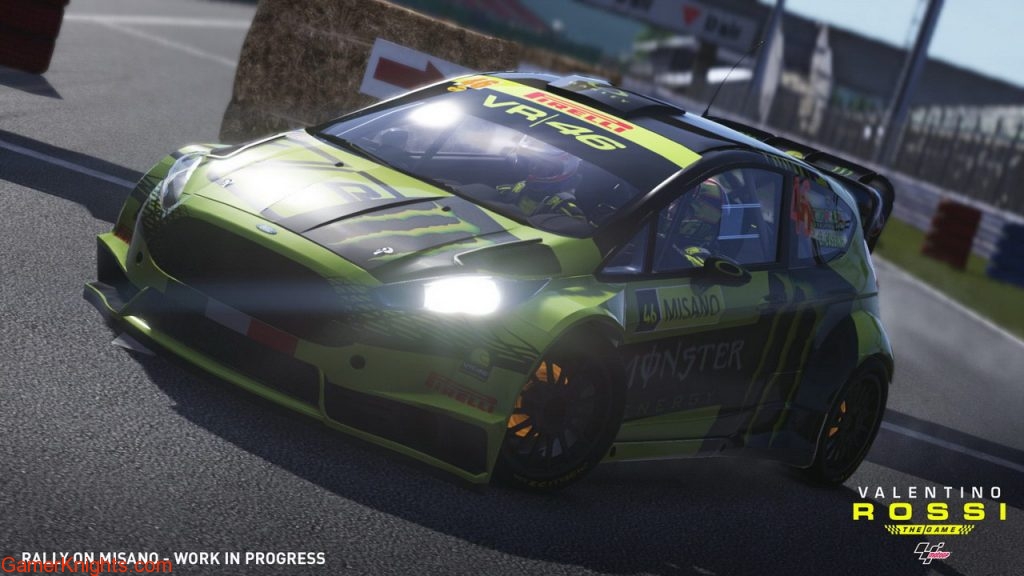 The story mode itself doesn’t really offer up anything beyond the usual Milstone fare. Creating a team and some kind of personal brand is supposed to give you an attachment to your team; an emotional reason to keep playing through, but the presentation and progression is so bare-bones that it’s hard to care. Your rider never ages or changes, you just see some stats go up after every race (with no real explanation as to why, or whether you could have done better). You do get to race some off-road tracks, as well as start off in Moto 3, the junior feeder series, but the sequence of events feels inconsequential and incoherent; nothing like how an actual career would feel like in motorbikes. It also doesn’t have the depth or feel to the off-roading as say MX vs ATV or even Milestone’s own MX games.