Vermintide 2 builds on the success of the first game and creates more multiplayer co-op mayhem. Ideally the game would be a tad easier but that’s one of only a few small criticisms of an otherwise excellent game.

The first Vermintide was a surprise success, mixing Left4Dead style co-op, but adding in the Warhammer world and making the game more melee focused. Can this sequel build upon what made the original great?

Vermintide was never very strong on the story front, and the second game has made little attempt to move things forwards. There’s a cool opening cinematic, and a brief tutorial level before matchmaking is opened up to you (although you can skip it).

Here, it’s explained that after you foiled the Skaven plot at the end of the first game, the devious little ratmen have now teamed up with some Chaos Warriors in their attempt to overthrown this part of the Empire. It’s an excuse for some more enemy types over the first game, pure and simple.

The levels load quickly, and the scrolling text that explains the context for each subsequent mission is therefore normally skipped. 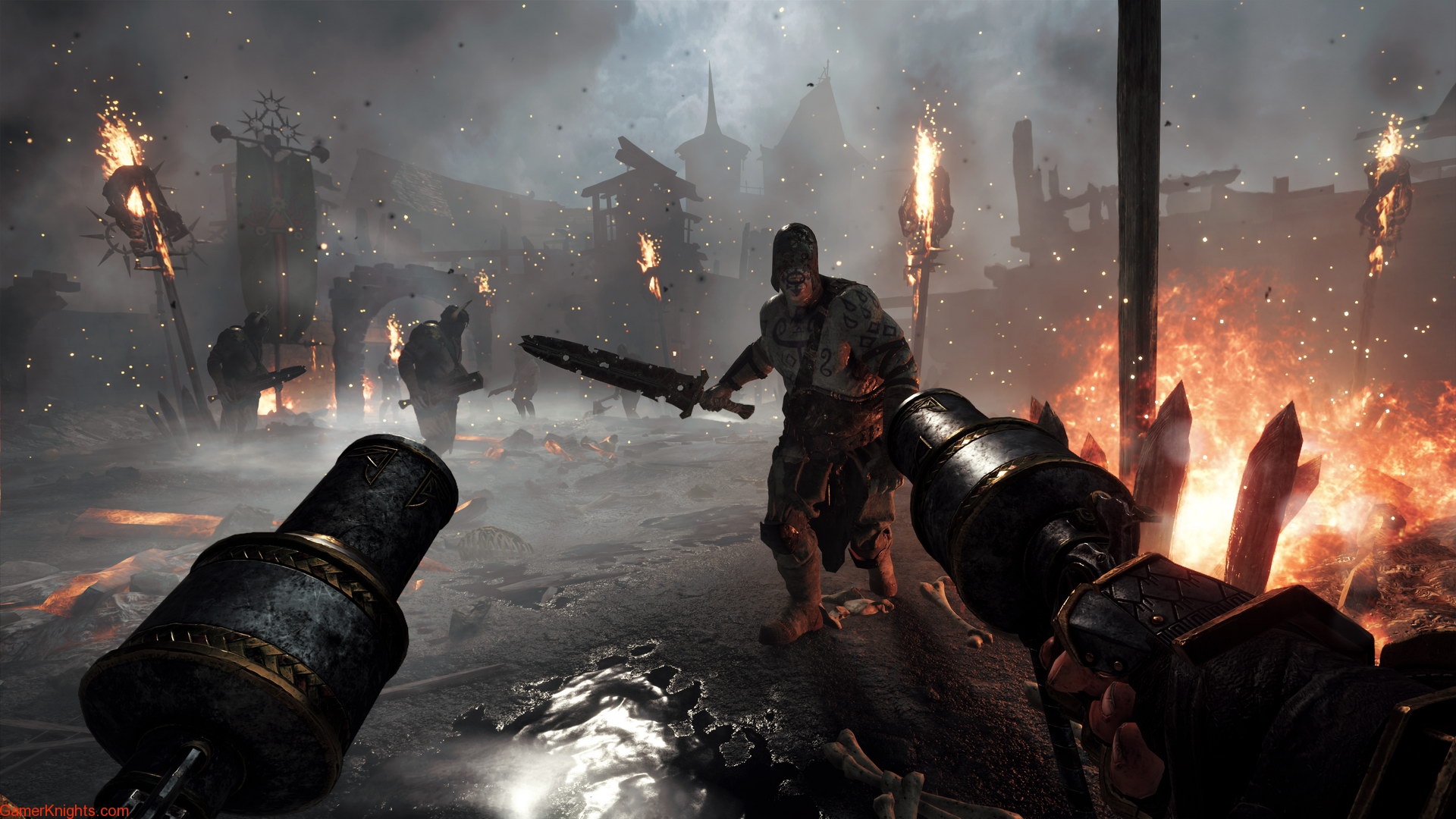 Vermintide 2 doesn’t alter the actual gameplay in too many ways. You still pick from one of five characters (who have all returned from the first game), and play in a rag-tag group of four warriors. You’ll still mostly be fighting in melee as ranged weapons have limited ammo. You’ll still spend a majority of your time bashing Skaven, but there are 3 key changes: new enemies, increased difficulty, and a new levelling system.

There’s a number of new elite enemies, including some heavily armoured Chaos Warriors, which require you to attack them in weak points, away from their heavy armour, in order to damage them. There’s also plenty of new boss creatures, puzzles and unique enemies to take out on every level. The levelling system mimics Destiny’s light system, except the sum total of your equipped inventory is referred to as your ‘power’ level. Whilst there’s not a huge visual variety to the weapons (and no armour to allow for further customisation of your look), the actual in-game effect can certainly be felt. There’s also a robust crafting system for once you’re done with old gear. 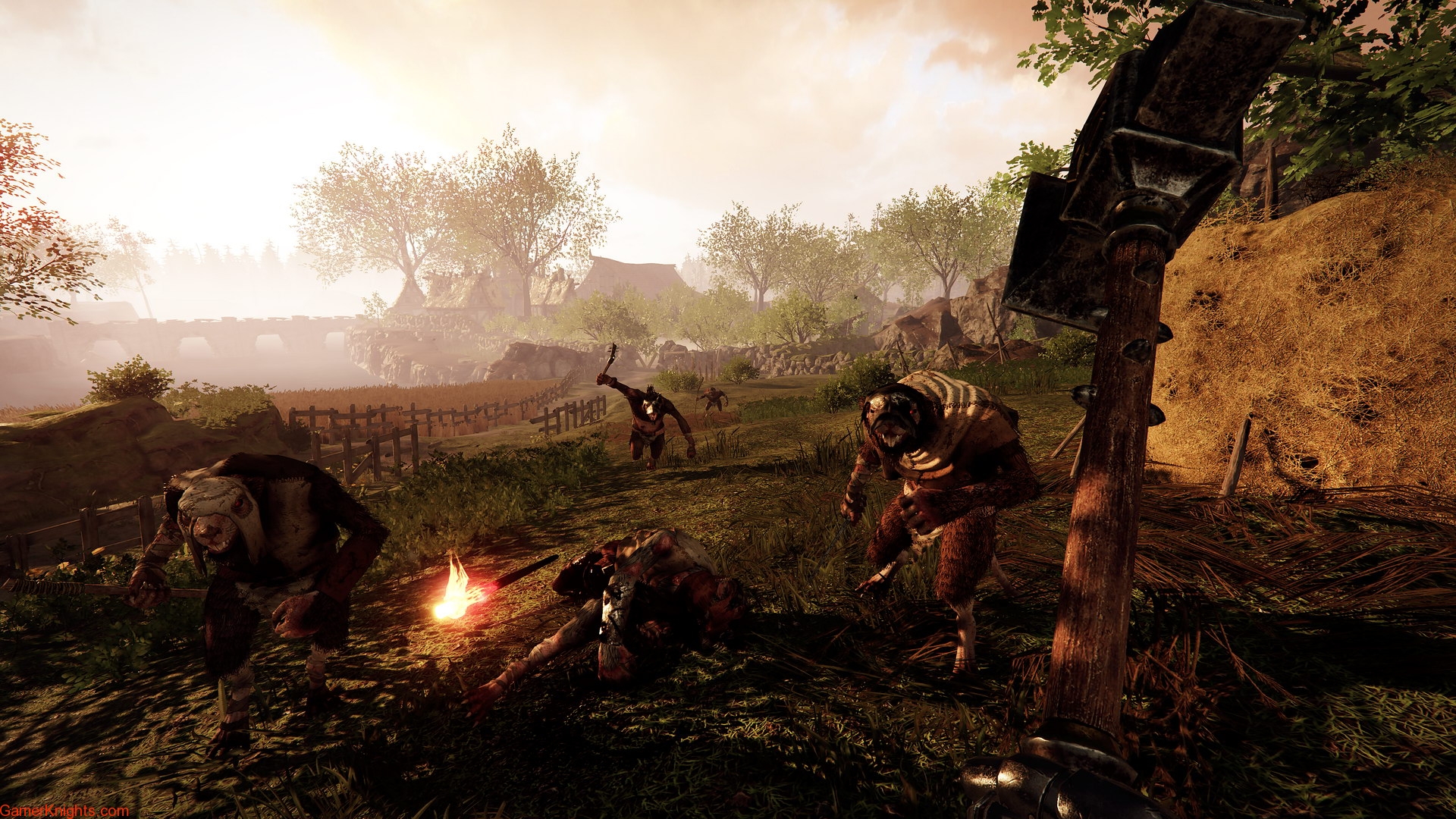 In my PC review of Vermintide 2, I called it out for simply being too tough. Since then, the PC version has seen a massive balancing patch, which has also been applied here to Xbox players. Make no mistake, this is still a brutal game that has balancing issues. The Chaos Spawn is enough to ruin any group below level 10’s day – it’s much, much harder than a Rat Ogre to take down. In fact, the main difference I could see is the fact that on the basic ‘recruit’ difficulty, there are now far more health potion pick-ups, and they seem to regenerate a bit more health. Levelling also seems a smidge faster too, helping you get that better gear that bit sooner. Unfortunately, there are some more glitches on the Xbox version, including the outfits from the premium edition not unlocking for most yet.