Wolfenstein Youngblood takes two interesting characters, an interesting 80’s take on its own universe, and then bogs everything down in insipid mission design, and quite poorly aping The Division without the interesting bits. A bizarre letdown but still very technically impressive.

Add co-op gameplay, Arkane studios and some 80’s kitsch to the world of Wolfenstein – could anything possible go wrong?

You may ask why it’s the 1980’s? Well you don’t play as BJ in this instalment, but one of his two daughters, Jess or Soph (or Arthur and Kenneth, as they like to refer to each other), who head to Paris to investigate Dad’s disappearance.

After an interesting initial cut-scene, there’s then very little in the way of story content until the very end of the game. Effectively everything you do is either a side mission or what the game refers to as a ‘raid’ mission, which act as gatekeepers to the final few interlinked missions. This is a crying shame, because the story is genuinely interesting, and it makes some interesting moves forwards in the universe.

It also makes the game feel a bit disjointed, being quite story heavy at the start and end game, and having virtually nothing beyond what you can read in the collectables inbetween.

To get to the final boss though, you’ll need to level up. Yes, you heard that right, this game now has RPG elements, for both the weapons and your own character. Levelling allows you to choose new abilities, such as taking heavy weapons off of enemies, increasing your health or armour, or bettering your stealth. These are meaningful gameplay upgrades that feel worthwhile. The levelling is also pretty quick, so you are fairly regularly getting new toys. 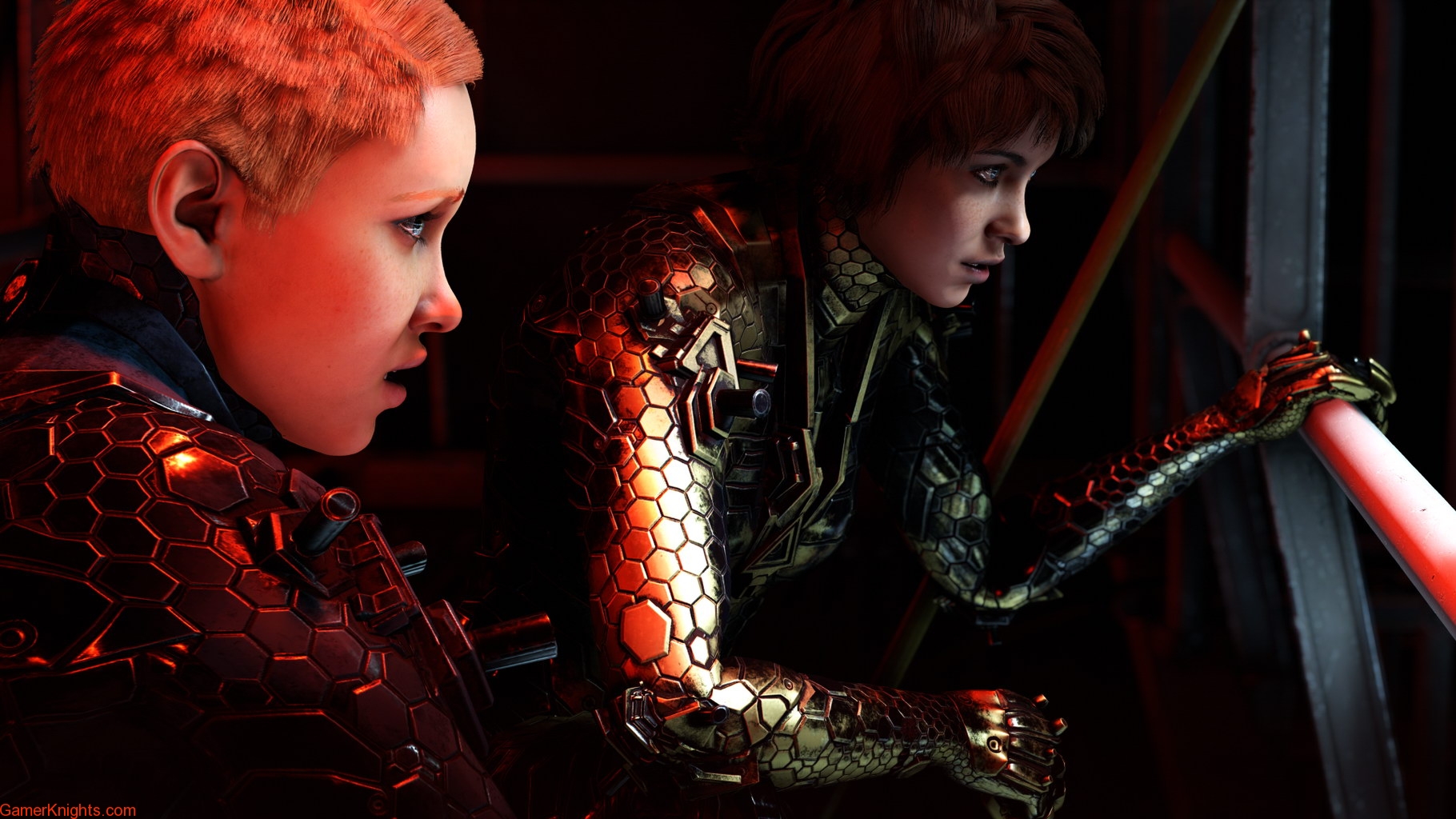 Throughout the game, by either finding chests, killing enemies or otherwise exploring the environment, you’ll pick up silver coins which you can use to buy upgrades for your guns. But they don’t feel quite as powerful changes as they should. You also get extra benefits buy buying upgrades from the same manufacturer, and further enhancements through killing multiple enemies using that gun, called ‘weapon mastery.’ It’s a slightly clunky system for the little benefit you get.

And despite the fact that the core guns and shooting still feel excellent, the development team have taken the bizarre decision to make the enemies absolute bullet sponges. In the end, I gave up and turned the difficulty down to the lowest level. You’re supposed to be good at managing your guns and using the right one for each enemy type, but the game will not only thrown multiple types at you simultaneously, and it’s not as easy as it should be to ascertain which type an enemy is. Even when you are using the right weapon type, enemies still feel twice as tough as they should be. Ammo ends up being an issue as a result, and stealth is less feasible (at least for any period of time) than in previous games in the series purely because of the sheer number of enemies and their placement. 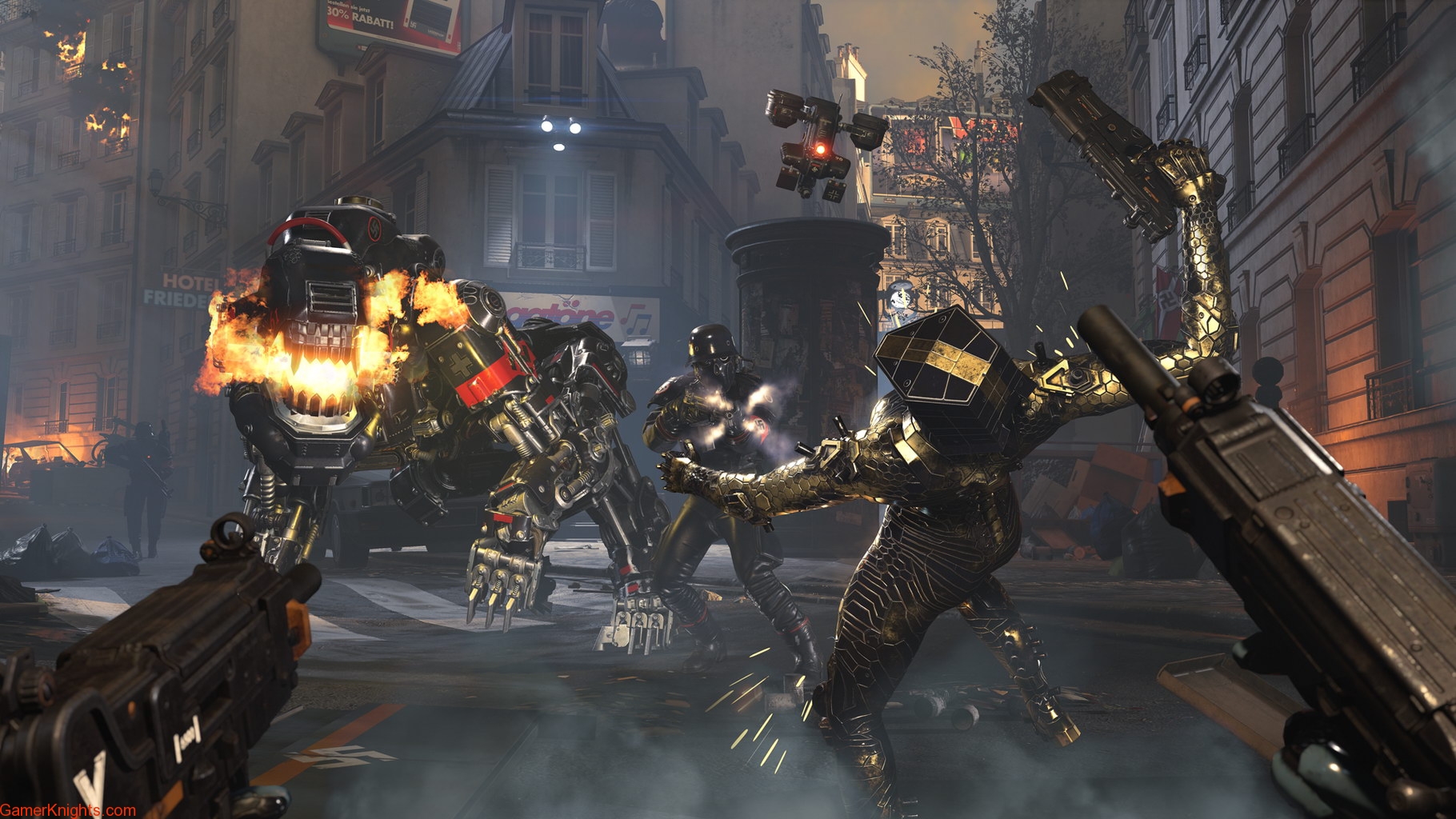 Despite the fact there’s no story missions, you’ll want to get up to about level 20 before attempting the 3 raid towers. Not doing this, even on easy, will just be an exercise in frustration, because checkpointing is awful. Losing your ‘shared lives’ will normally require you to replay an entire mission, and the raid towers will take at least 30 minutes each. Assuming you play on easy, you’re looking at 6-8 hours to complete the minimum. Probably more like 20-30 to get a full completion, but that’s a task for sadists.