World of Final Fantasy can’t seem to make up its mind between classic and contemporary game design at times, but it manages to stich the two together into something fantastic regardless.

A Whole Lot of Fantasy:

I didn’t know what to expect going into World of Final Fantasy. All I knew about the game was that it wasn’t Final Fantasy XV. Considering that particular hype train leaves the station in only a month’s time, I wasn’t really sure how another Final Fantasy could fare – surely this would simply live in the shadow of a much more anticipated, long awaited release.

Turns out I was very wrong.

World of Final Fantasy focuses on two (admittedly over) spunky youths named Lann and Reynn as they trot around a fantastical world on a quest to recover their lost memories. Yawn, right? At this point Square Enix are the enablers of ninety-five percent of all video-game related amnesia, and yes its getting incredibly old.

It’s especially annoying in WoFF as elsewhere the writers show they’ve got some real originality and a refreshing sense of playfulness. As a fan-service-filled homage to decades of Final Fantasy titles, I was surprised to see the team subvert a lot of expected tropes, poke fun at overly-heroic staples and outwardly tease standard JRPG formula. There’s some fourth-wall breaking dialogue that genuinely had me chuckling at points, and the script is pretty funny throughout. 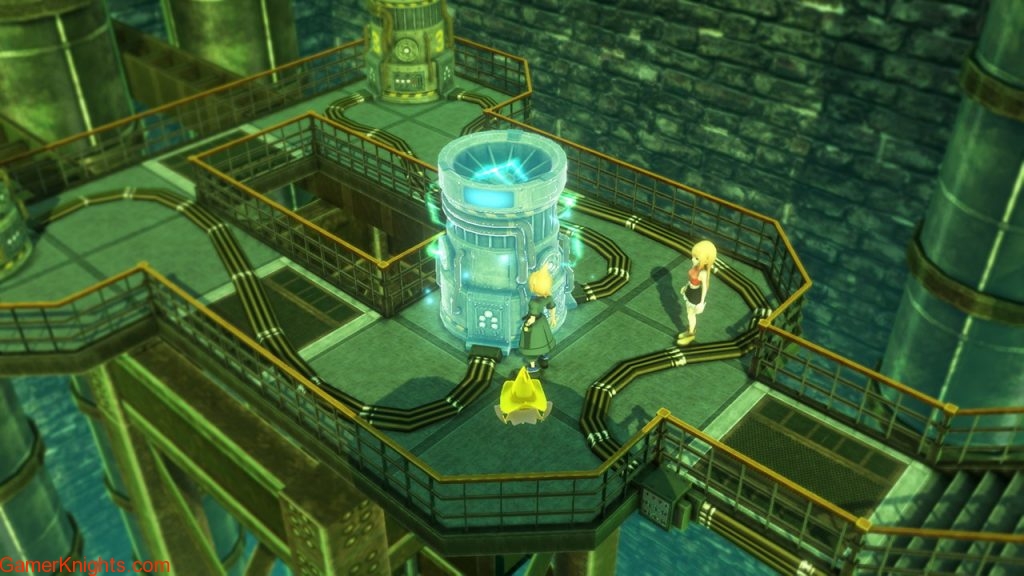 During the course of the game you’re introduced to a flock of interesting, well written characters. There’s a mysterious, absent minded portal master who allows you to play around in other people’s lives, an overly cute item-box owner who squabbles with absolutely everyone, and even God Herself is revealed within the first hour. Instead of giving these characters – who I desperately wanted to get to know better – extra screen time, our sidekick is Tama, a fox who looks like a blob of ice cream covered in sprinkles. This single, hateful creature threatened to nearly end my playthrough at minute one with its infuriating vocal tic of adding ‘the’ as a prefix to every second word in a sentence. It was the-literally the the-worst.

You quickly find out our sibling protagonists – who look like they’ve been salvaged from the cutting room floor of Kingdom Hearts 3 – are Mirage Masters; beast-tamers who can capture and train 30 years worth of Final Fantasy critters big and small. You’re sent into the Grymoire – a traditional world-in-peril affair that is populated by adorable chibi denizens – to grab as many monsters as you can and use them to stop the next big JRPG calamity.

Upon entering this world, where every stout NPC waddles around with an affectionate deformation, you’re given the ability to shrink down to size. As soon as this mechanic was introduced, World of Final Fantasy had its hooks in me. Pressing a button to change my two characters from tall and gangly (Jiant-form) to ridiculously short and ridiculously cute (Lilikin-form) scratched an itch I never realised I had. I hope this doesn’t awaken anything in me. 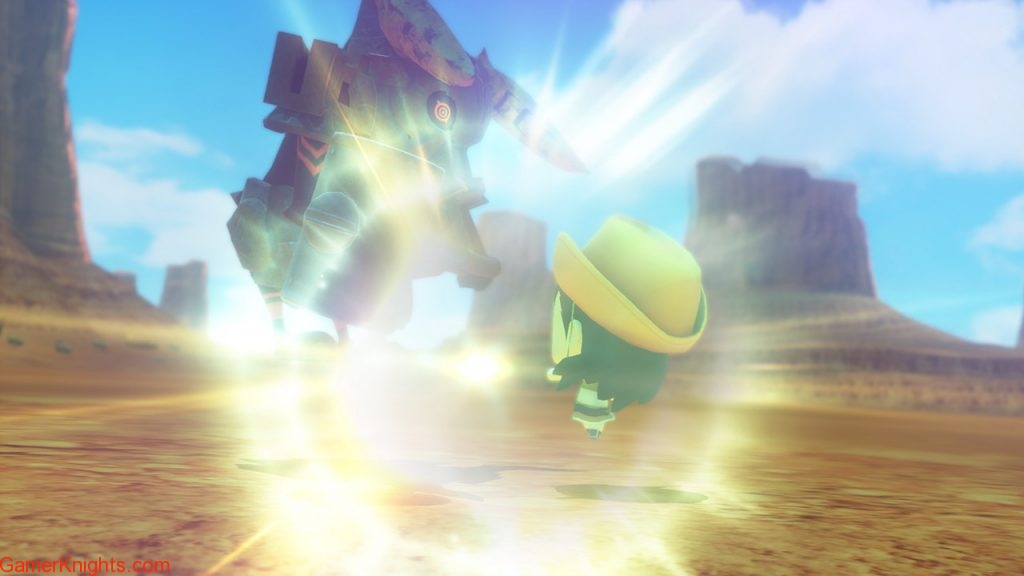 It’s more than just an aesthetic change – your stature affects combat at a base level. As you collect monsters from around the world, you can bring a few into battle to fight alongside you. When I say alongside, however, I don’t mean that literally: These monsters – all of which are cute, squashy things in the early game – stack atop your characters head to power up your Lann and Reynn and add their elemental affects (and weaknesses) to the mix. Depending on whether you roll into battle big or small, these totems change, allowing you to ride bigger creatures into the fray like mechanical hands or giant dogs.