WRC8 is a significant step forwards for the series, and taking a year off has paid dividends for the team at KT Racing. Stage design is much improved, and the career mode, whilst clearly taking inspiration from the F1 games, is again the best this series has been. WRC8 goes from being a contender to genuine competitor this year.

Right one, wrong one?

KT Racing took over the WRC license in 2015 and seemed to struggle with where to place their racer for a couple of years, pumping out decent but hardly spectacular racers until taking a year off last year. Has it done them any good?

The WRC games have lacked meaningful career content for most of their lifespan on the last two generations of console, and just when it felt that Milestone were starting to make some better strides in this area, KT Racing took over instead. Finally, there’s a proper career mode here, with the option to start out in WRC Junior or WRC 2 depending upon your performance, and a full crew area where you can hire crew members, get car upgrades, and choose what events you wish to participate in. It’s not perfect by any means.

The R&D department is literally ripped from the F1 games, but then simplified. You just spend points as you level up, there’s no development time, and no chance of failure. Hiring staff is perhaps more interesting, but you’re constantly tinkering with them as they get “tired”, often after just a single rally. It’s weird that you have to drive every single event but you need several agents and financial directors in your team; it’s overtly “gamey”. However, on the whole, it’s the best career these games have had, and the series is definitely on the right track here. 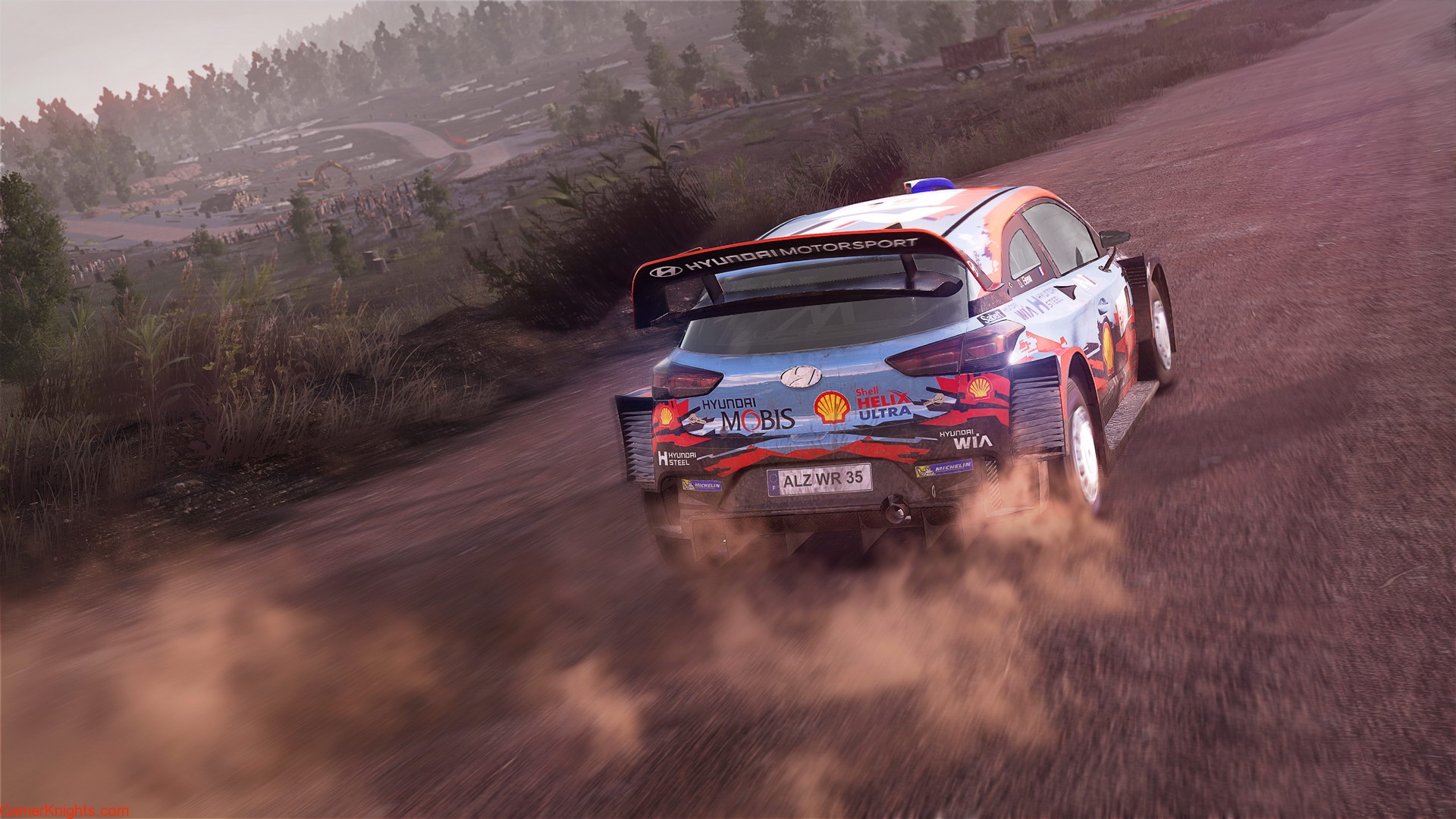 The handling model, even with a wheel, is something that I have rightly called out for criticism in previous KT racing games. This year, it’s hugely improved. The default controller and wheel settings are both acceptable, there is a tutorial stage and numerous opportunities for training. Driver aids are somewhat better than previous games, and the damage model is also far more configurable, allowing for a wider range of options. The series continues to drift more towards catering for the simulation crowd than ever, so those people looking for the next Sega Rally should probably be looking elsewhere! 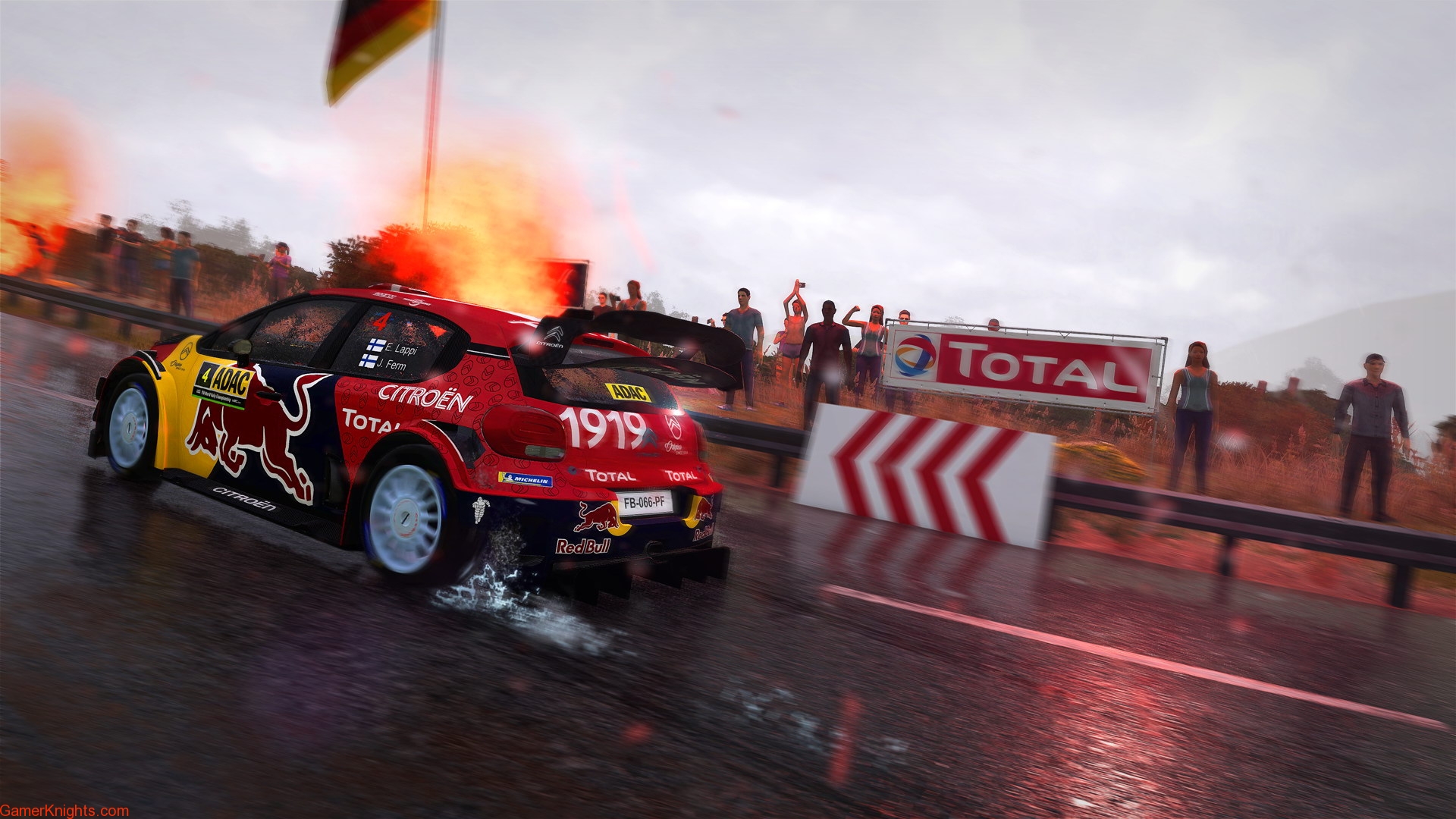 The game has fleshed out modes beyond the career, although, again, the comparison against the superlative F1 games is somewhat unflattering, even if there is more to do than ever before. The career mode is significantly more in-depth than previous years though, with manufacturer try-outs allowing you to use other cars, and plenty of historic events (although they mainly seem to use very recent VWs and some Lancias – some more variety here would be welcome!). The stage design is also better than ever – there are some re-used stages for sure, but many are new and much better than previous titles in the series.

WRC continues to include multiplayer, although many of the same problems persist. Like the last few instalments, I often struggled to find matches, which are only time-trials against ghosts anyway. The few people who were waiting online felt like absolute ringers, destroying me to the extent I had little interest in venturing online again. 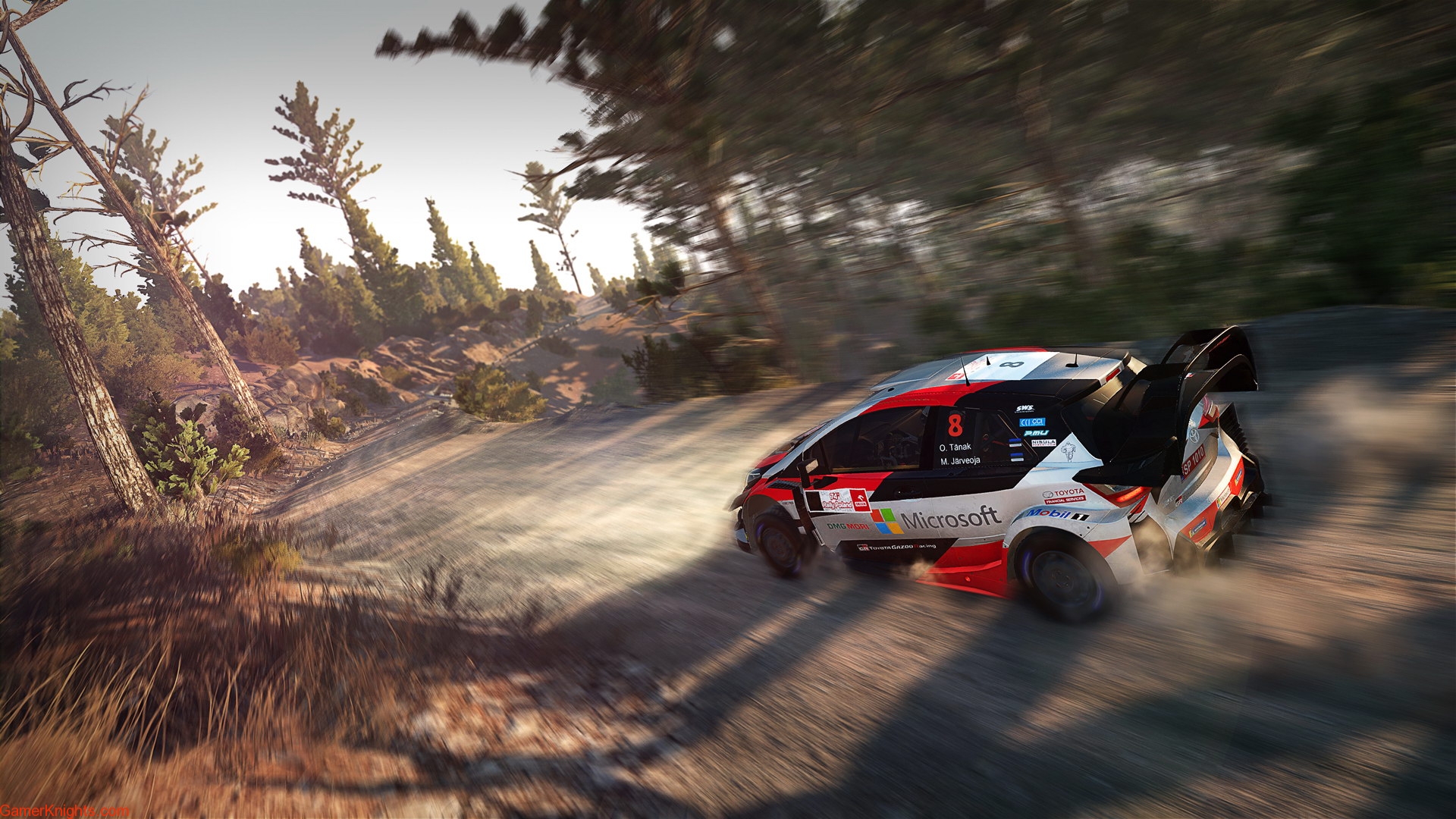 The visuals of WRC games has been an issue for many years. Things aren’t perfect here, but it’s an almost generational leap forwards. Crowds still look hilariously poor and the animation of them (and your driver on the podium) is somehow even worse, but everything else is now top-tier. Particularly impressive is the dynamic lighting and weather. It can also be frustrating too – if you lose your headlights on a night stage you are well and truly stuffed (the game doesn’t even have a brightness setting, presumably to discourage cheating). The stages also feel more lifelike, with greater crowd density, flares, and helicopters and drones swooping over to film you as you power around the stages. Shame there’s no step forwards with any commentary or broadcast standard intros. 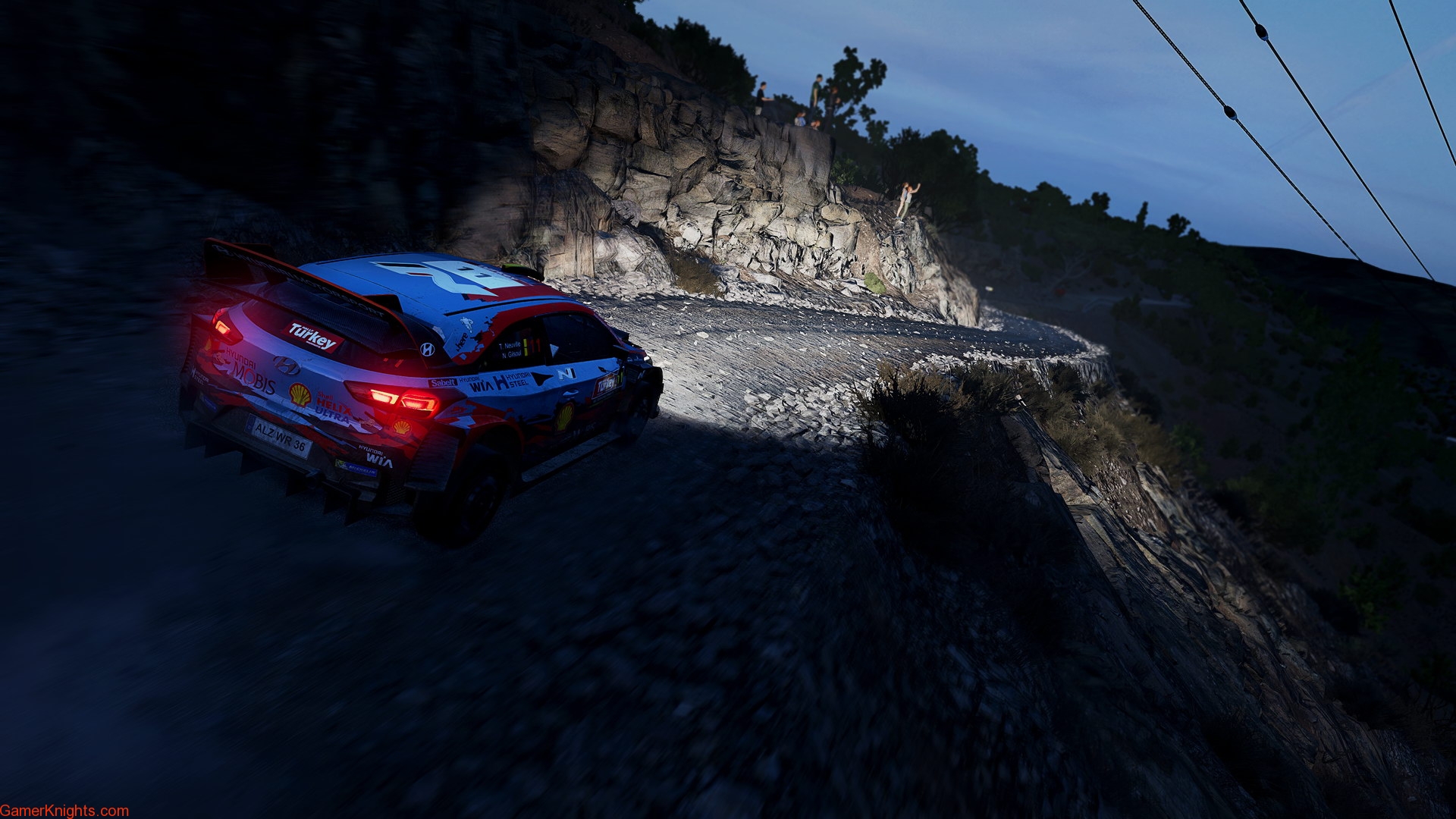 The engines, ambient sounds and music have all improved too, if not to the same degree, but unfortunately the co-driver is a big step backwards. Last time out you had the option for some advance pace notes which allowed you to go up to 9 for corner severity. This time it’s a more standard 1-6 ratio, but the timing is sometime off and I was often too reliant on the visual cues. And the actual voice actor sounds like someone from the cast of Downton Abbey trying to put on a Welsh accent. It’s terrible.

WRC 8 is clearly the best official WRC game for many years, probably since the beloved PS2 games made by the now defunct Evolution studios. With much improved graphics, dynamic weather, better stage design, a solid career and historic cars, there’s meaningful enhancements across the board. Sure, the game isn’t perfect, with a backwards step in terms of pace-notes and some borrowed elements from the F1 games which don’t quite deliver with the same finesse.

But this is every bit the rival to DiRT Rally 2.0 and a genuinely good racing game in its own right.